Groove's Faves: "Paranoia Is the Para-Man!" by Friedrich, Russell, Adkins, and Kersey

Greetings, Groove-ophiles! Today we're gonna truck on back to October 1972 to check on Ant-Man! When we last visited a shrunken Hank Pym, he'd just battled for his life against his arch-enemy Whirlwind (you can read all about it here), but that was nothin' compared to what lie ahead. Ant-Man and his wife, the winsome Wasp, are about to meet Para-Man, an oil-swilling robot who bossed around his wimpy scientist-creator like a slave. That's not really capturing the craziness of Para-Man--perhaps I should say Para-Man is what it might have been had Steve Gerber created Ultron. Oh, and note in the credits that artists P. Craig Russell, Dan Adkins, and Mark Kersey were "filling in" for Herb Trimpe (who'd drawn the first three Ant-Man/M.F. adventures), but it turns out that this is actually Russell's debut as Ant-Man artist. Russell  would draw the series until its end in M.F. #10. According to Russell, himself, mentor Dan Adkin, besides inking, did the layouts/page designs for this issue, with assists from another Adkins protege, Mark Kersey in his one-and-only Marvel job. Okay, enough trivia, let's sit back, peel back the Gil Kane/Joe Sinnott cover of Marvel Feature #7 and try to keep it all together as we learn that "Paranoia Is the Para-Man!" 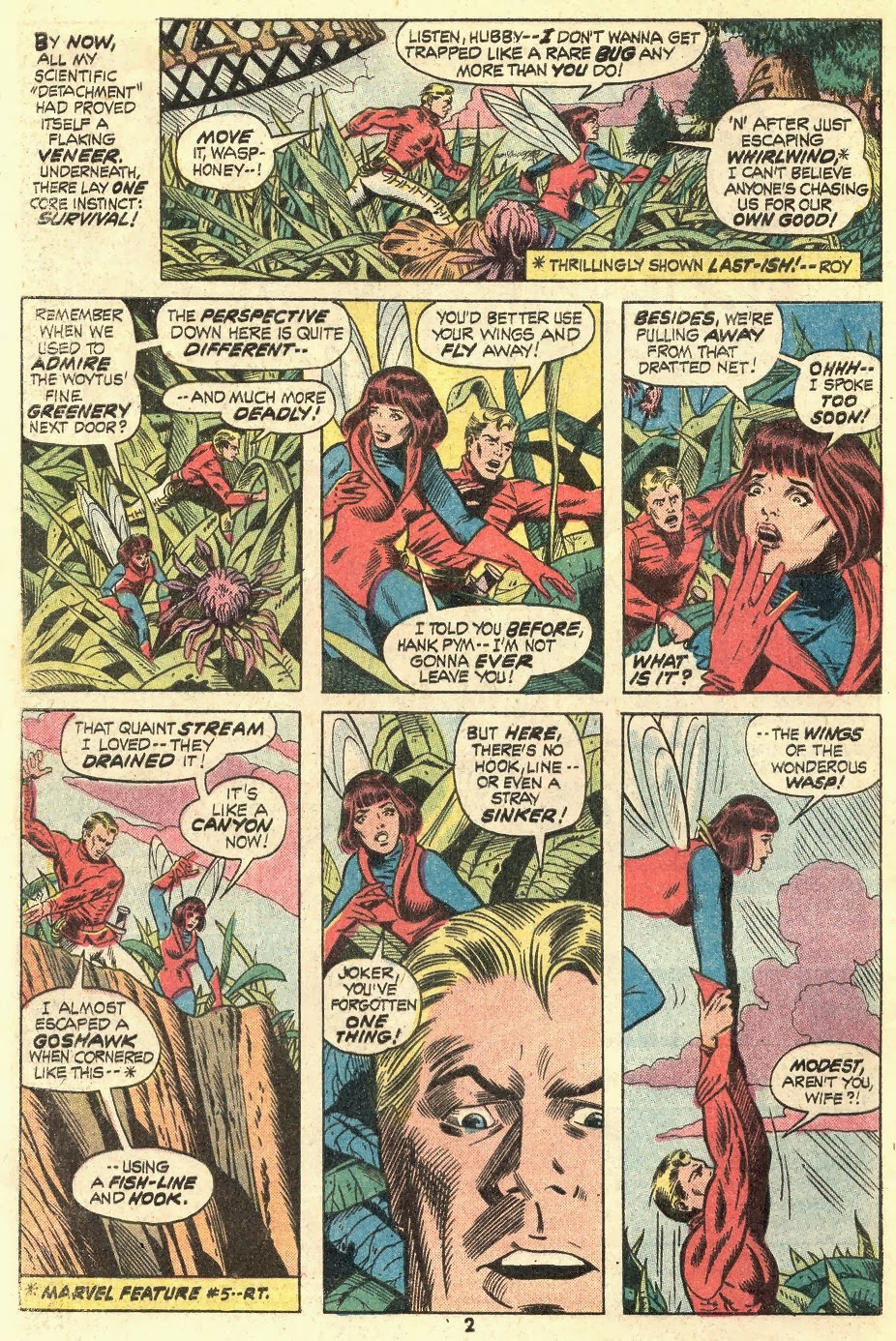 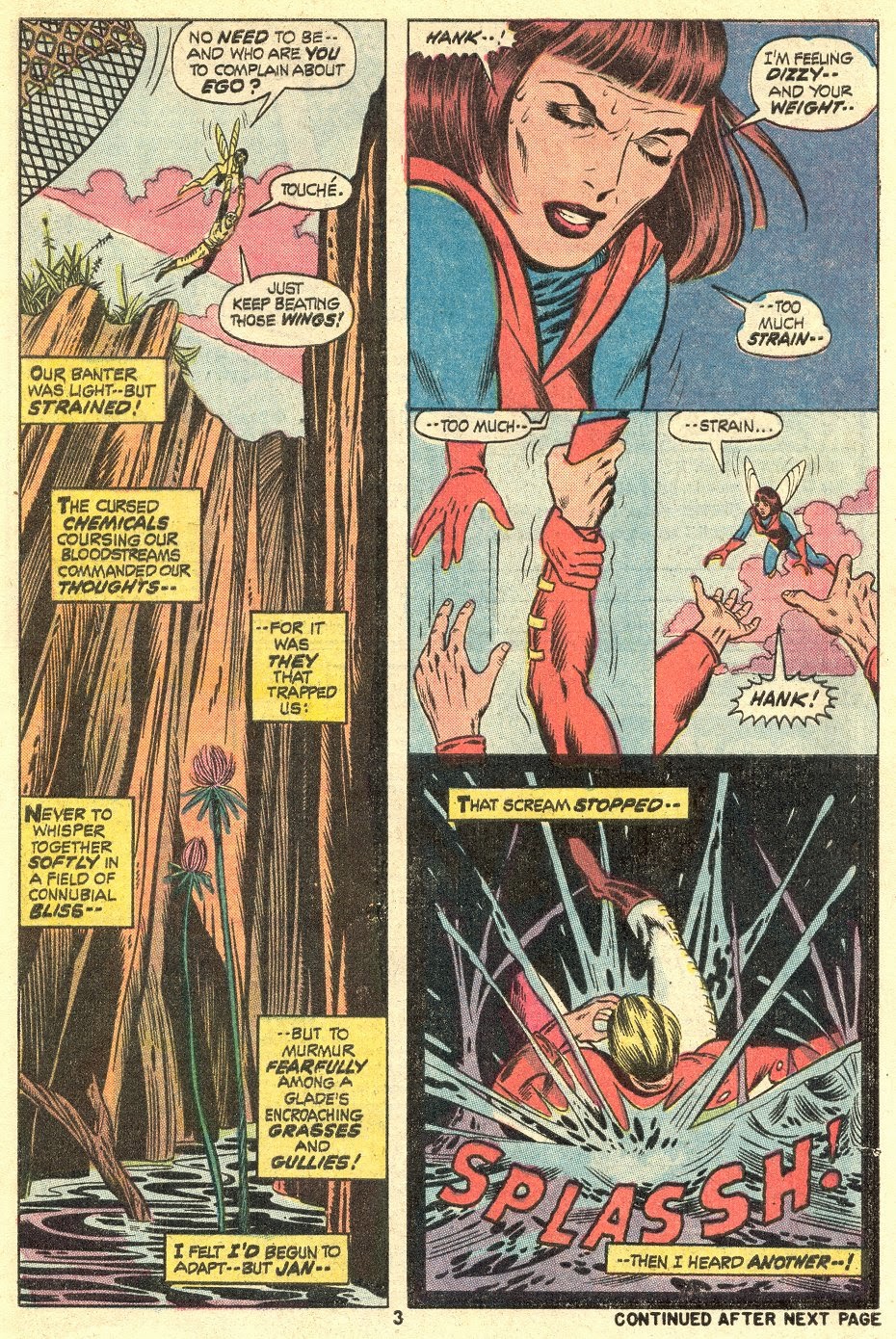 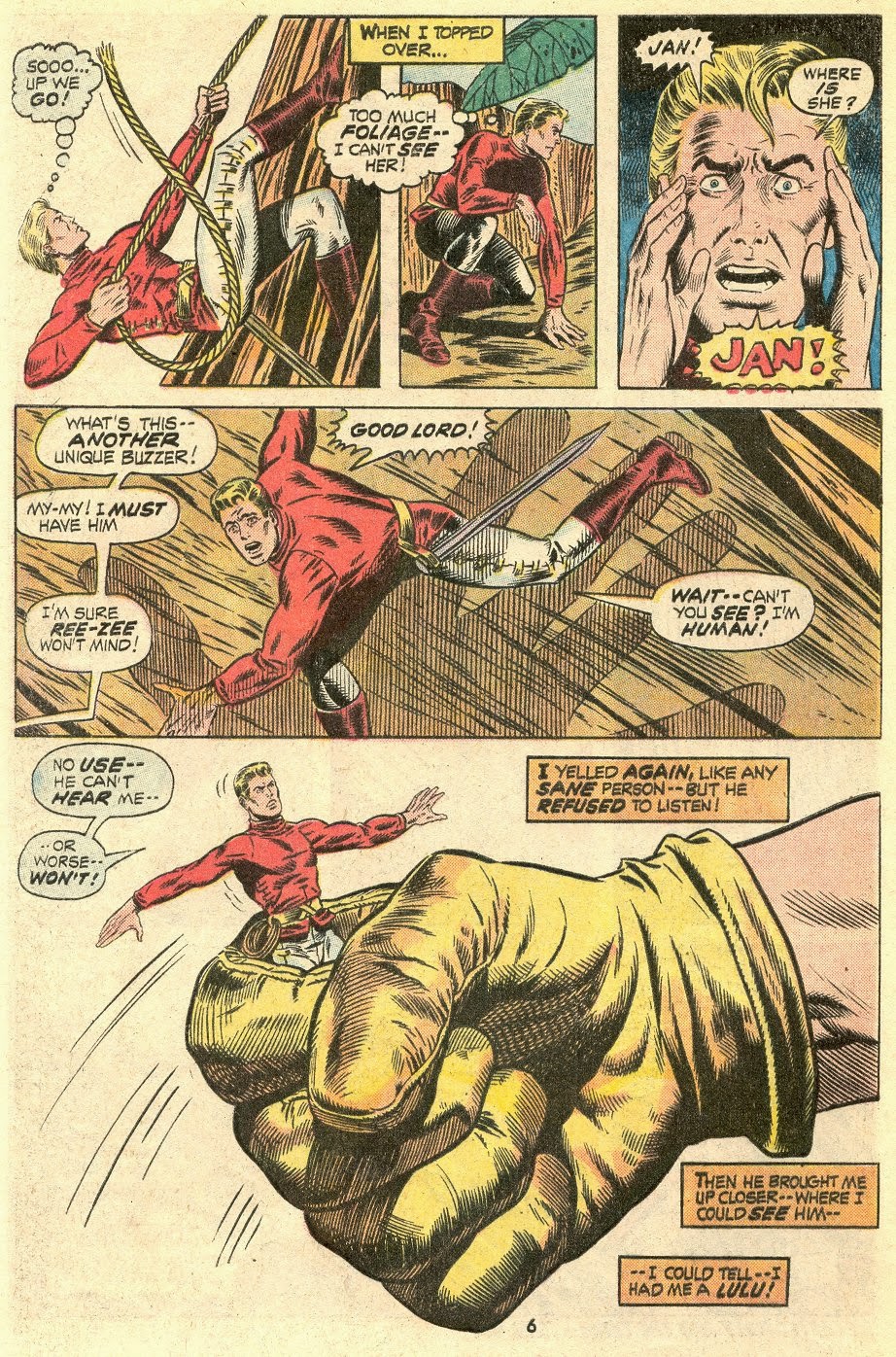 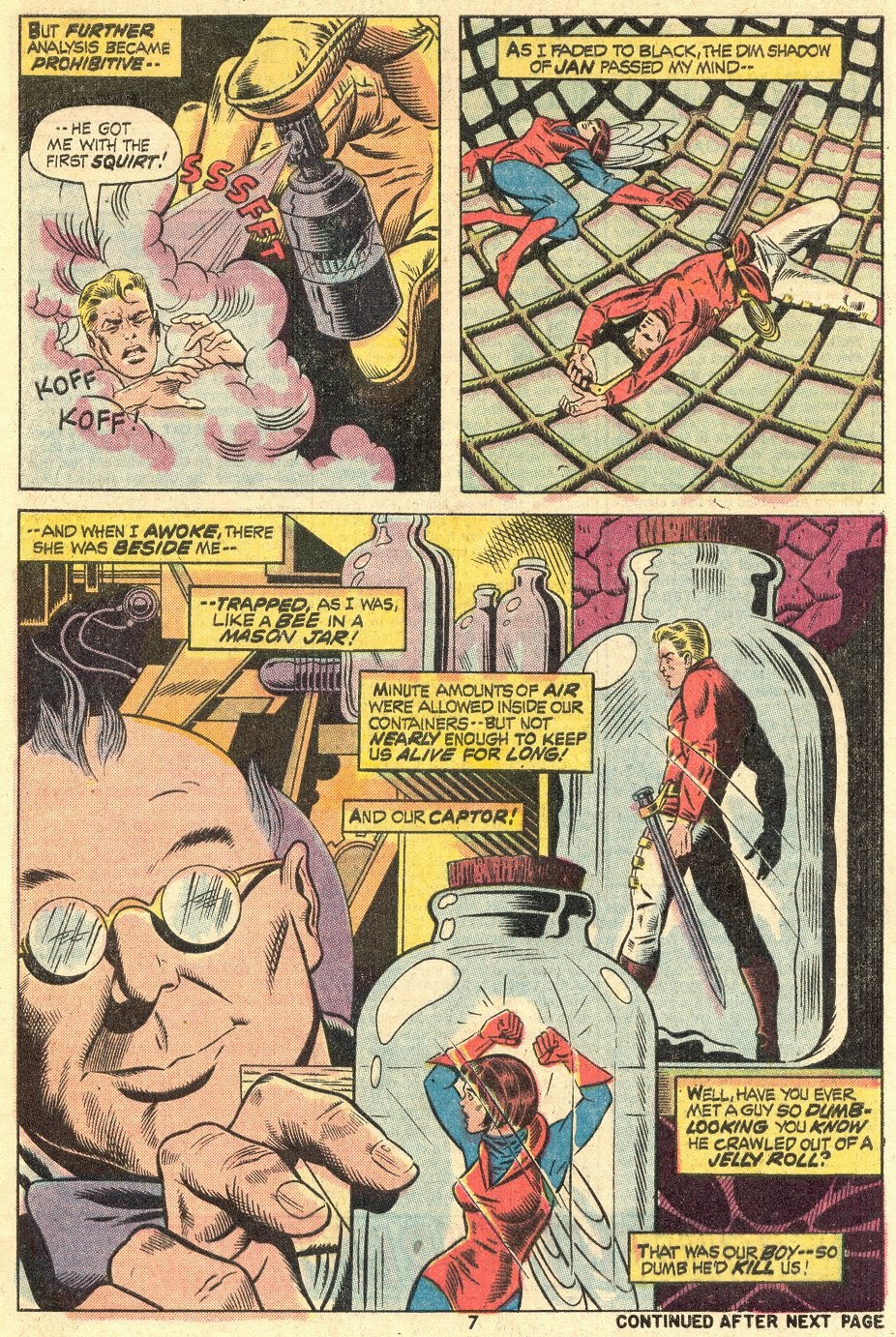 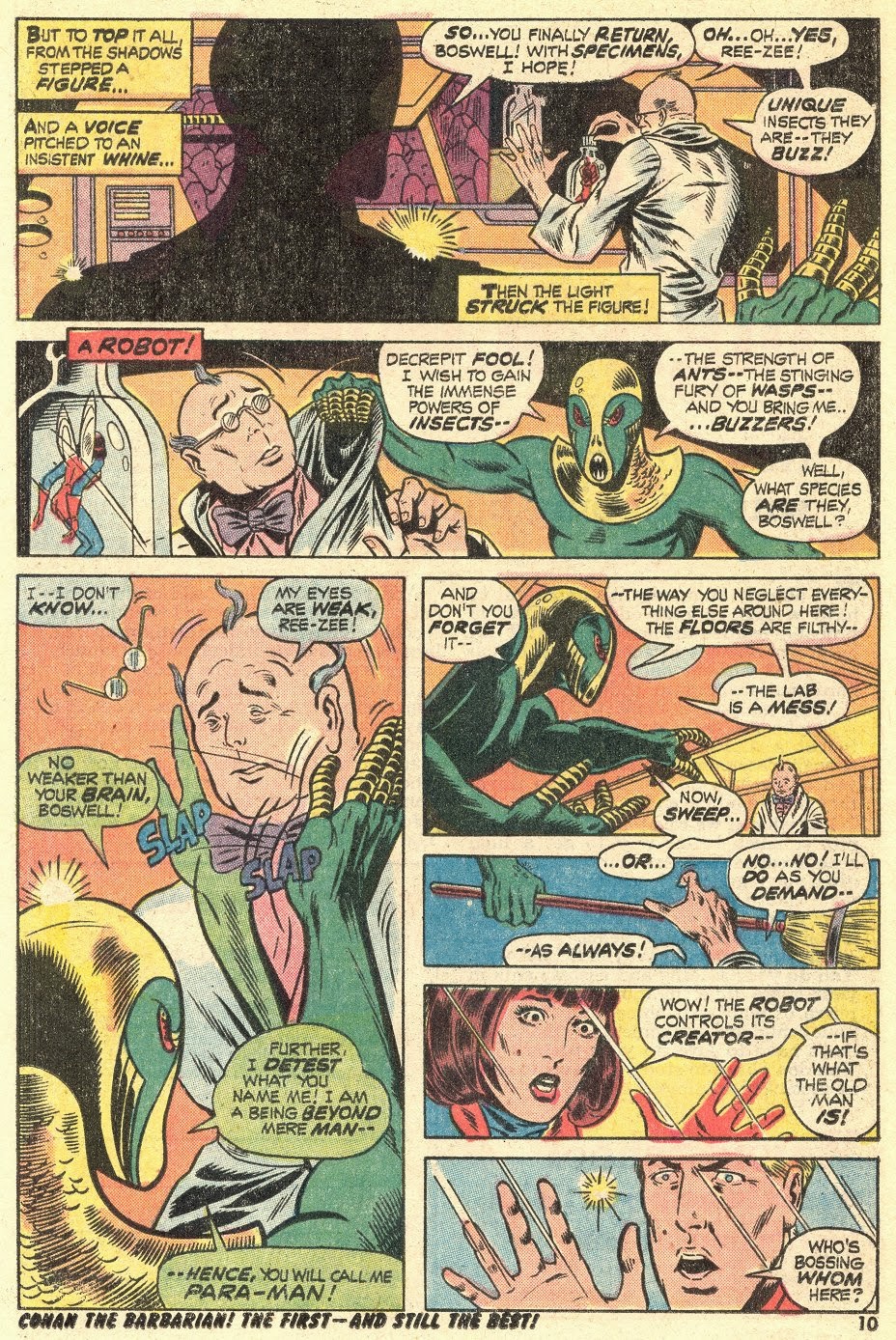 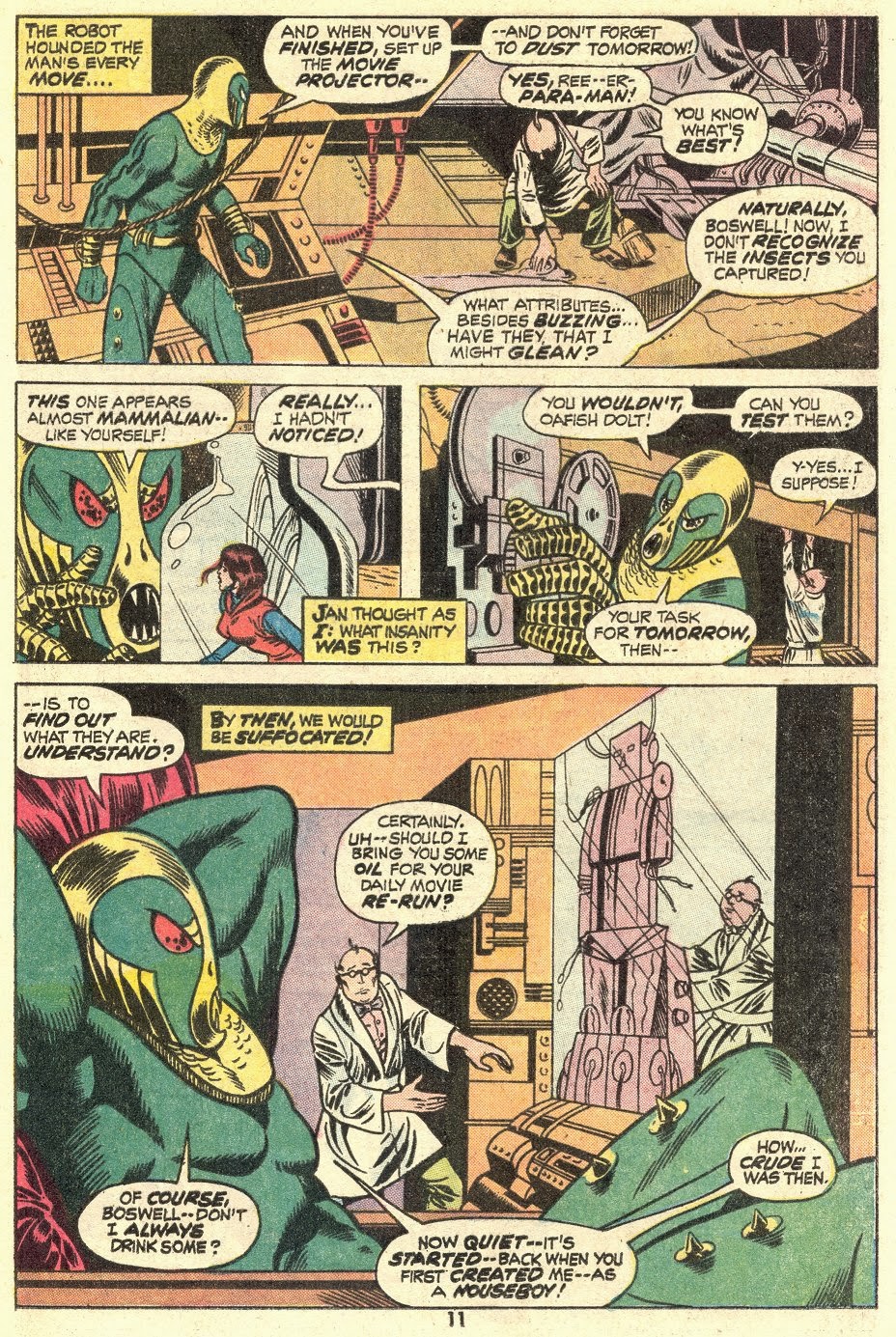 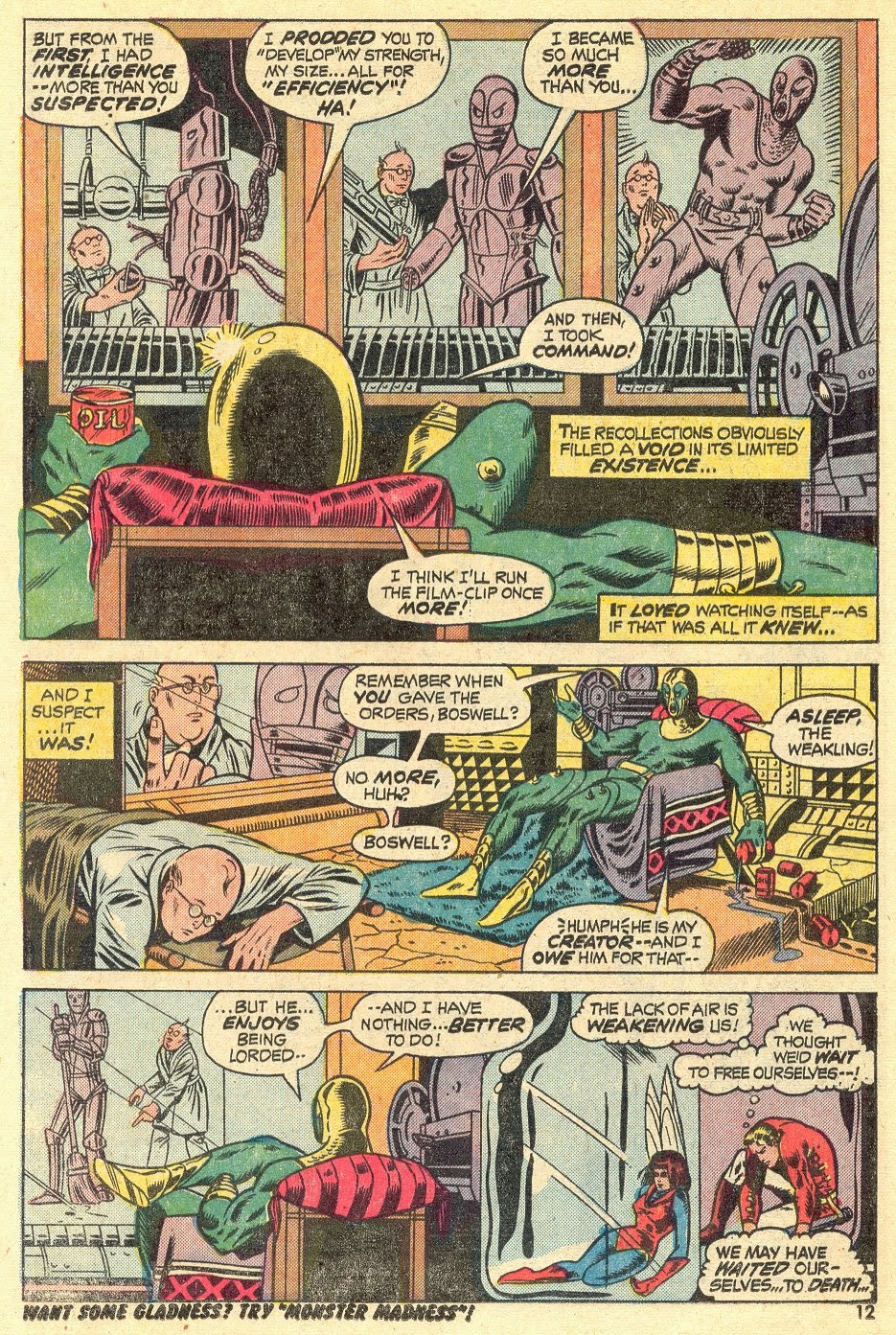 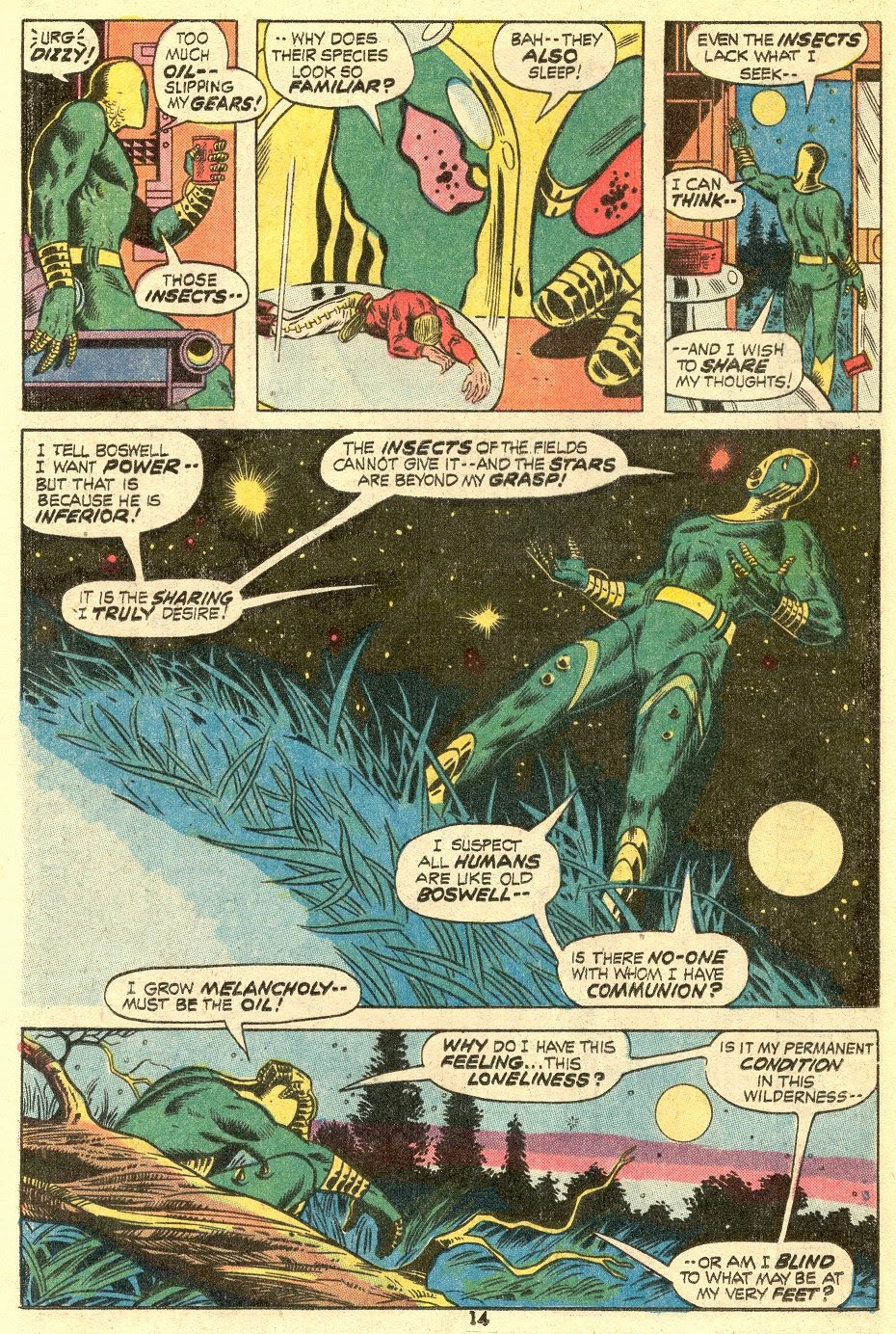 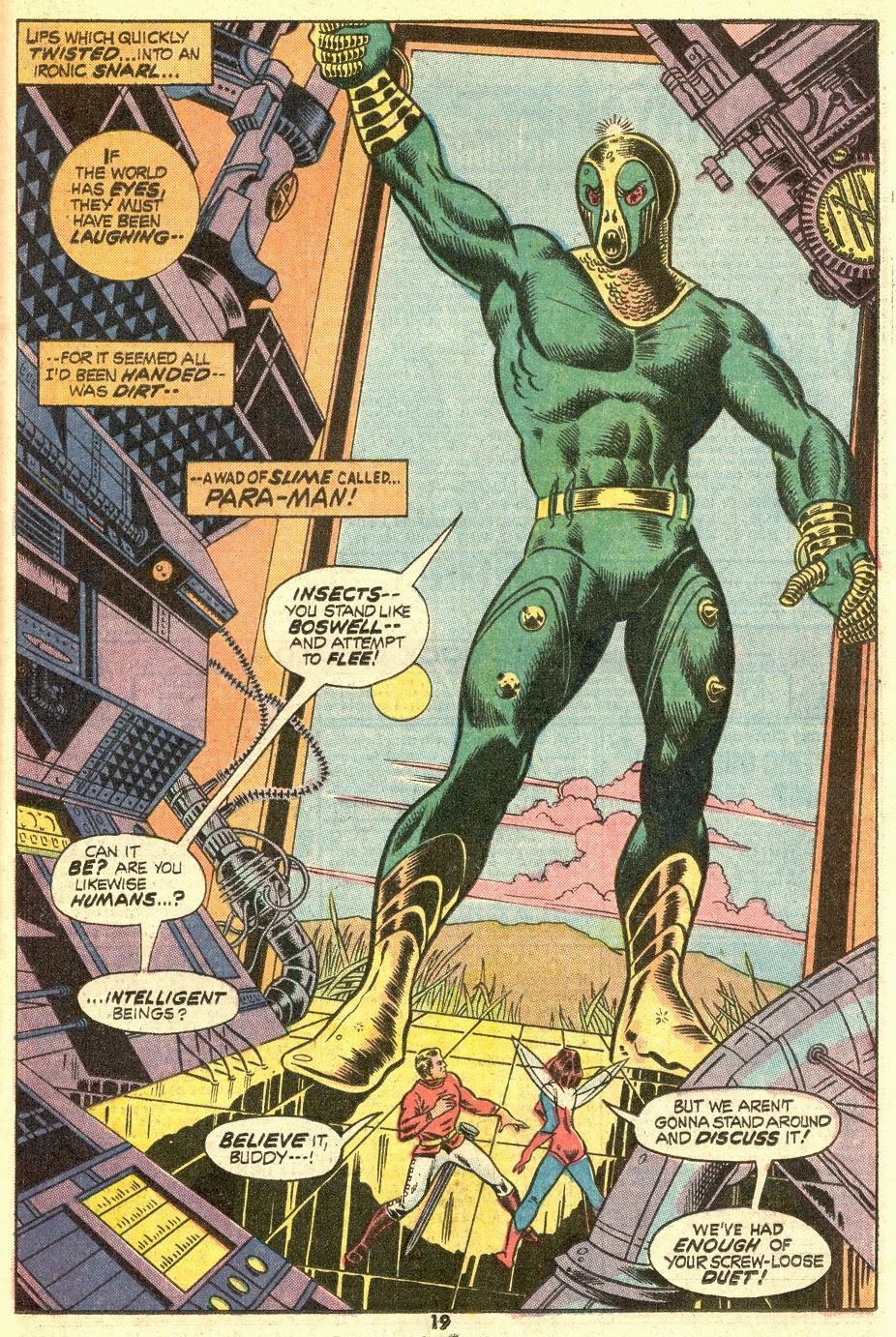 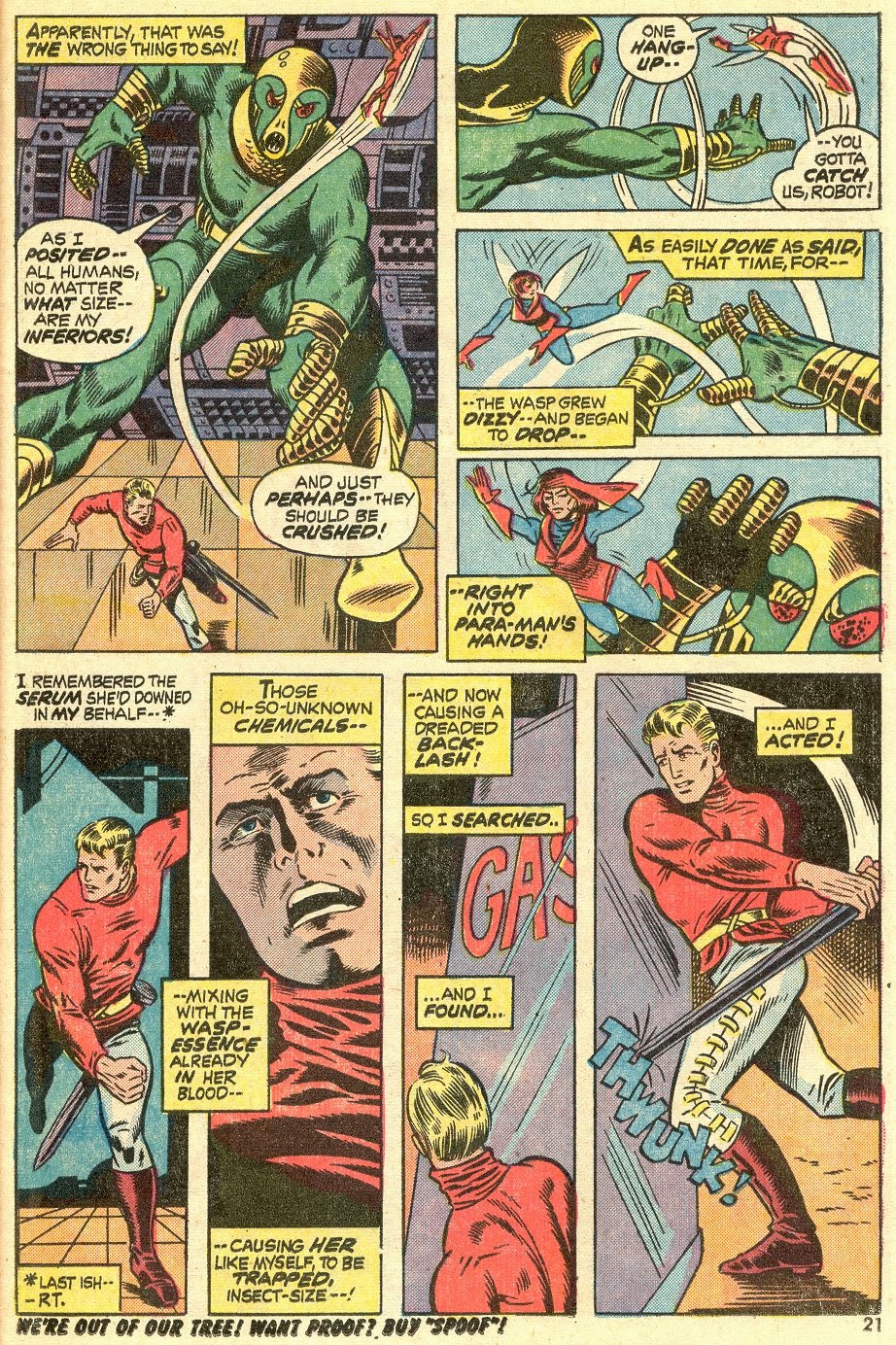 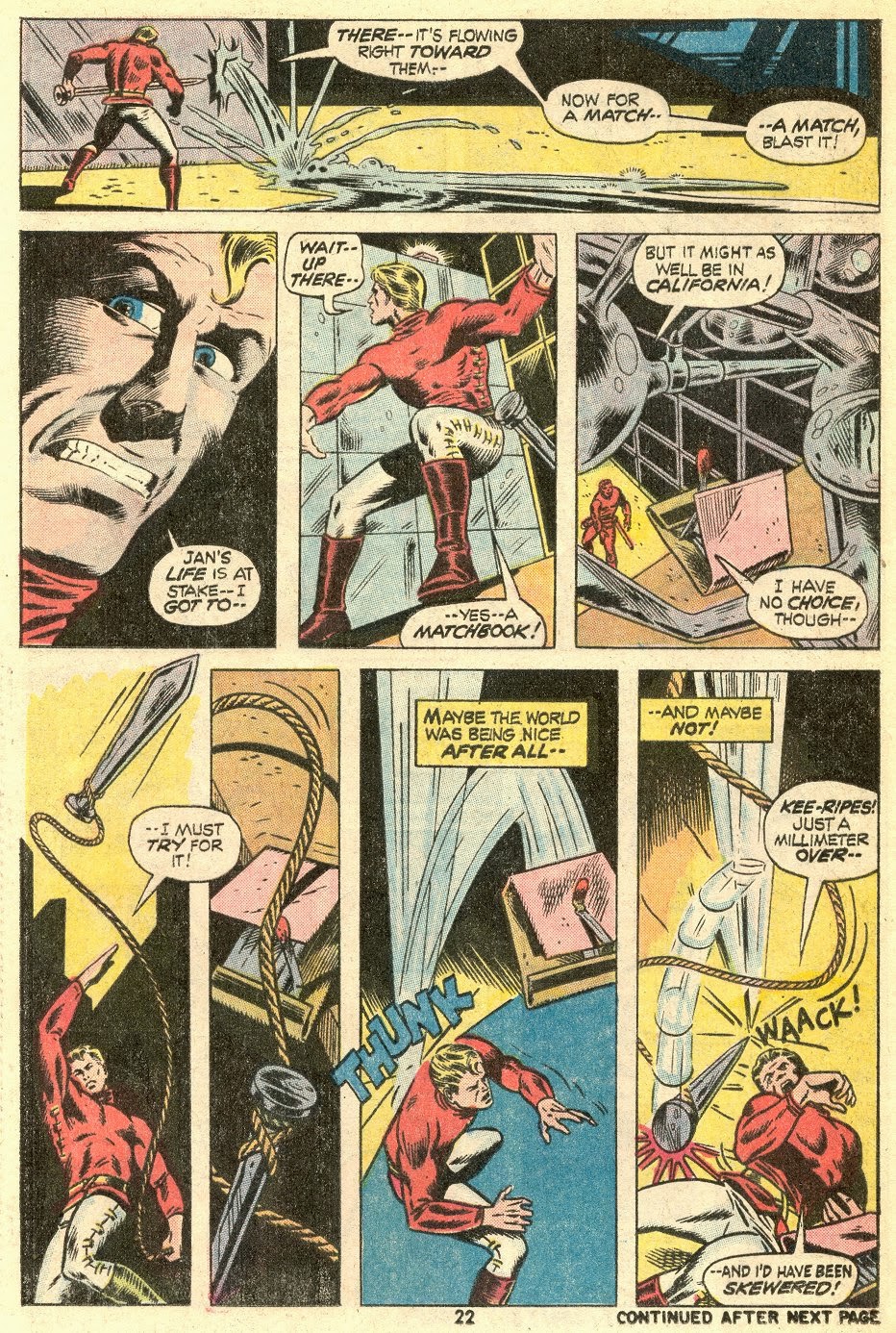 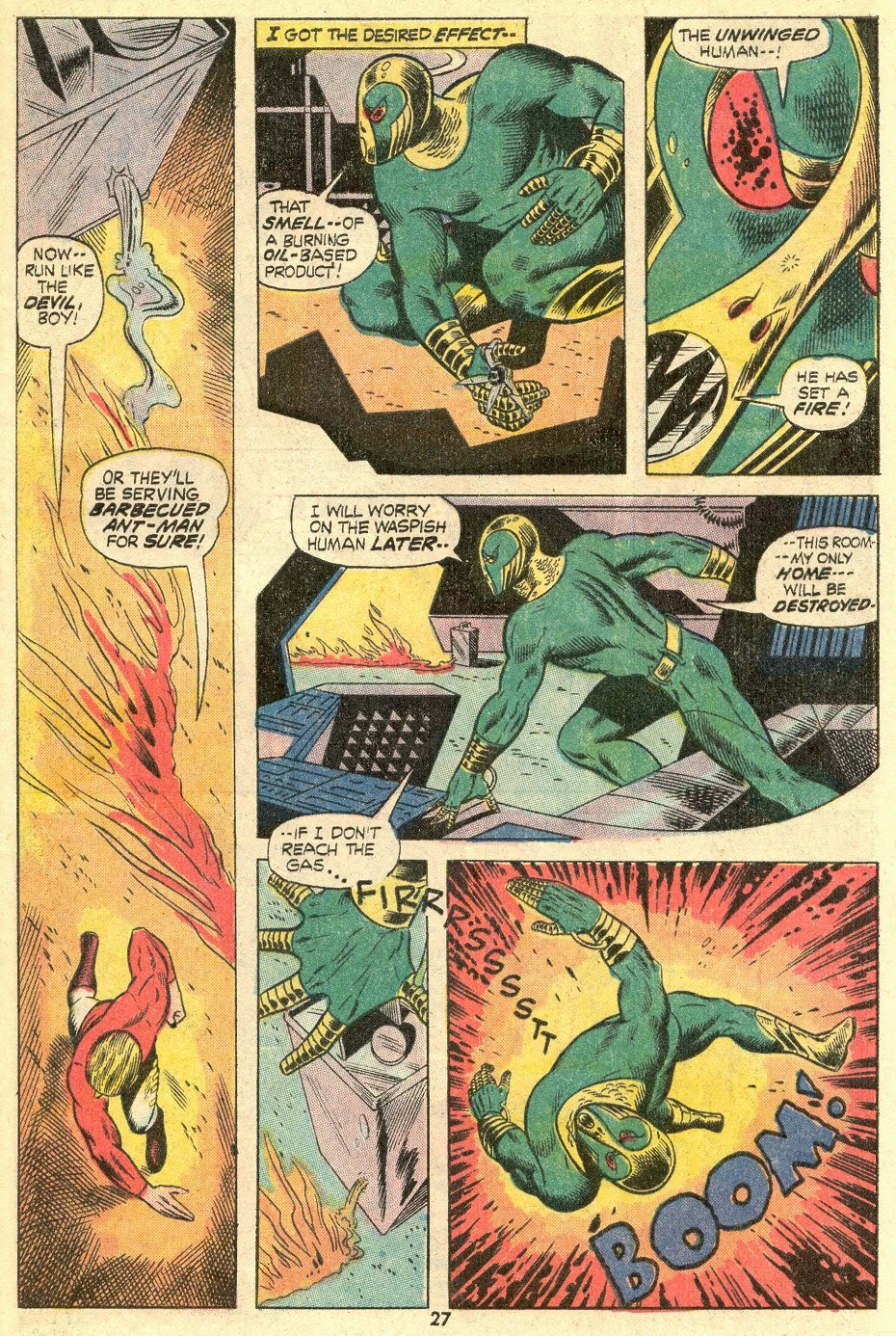 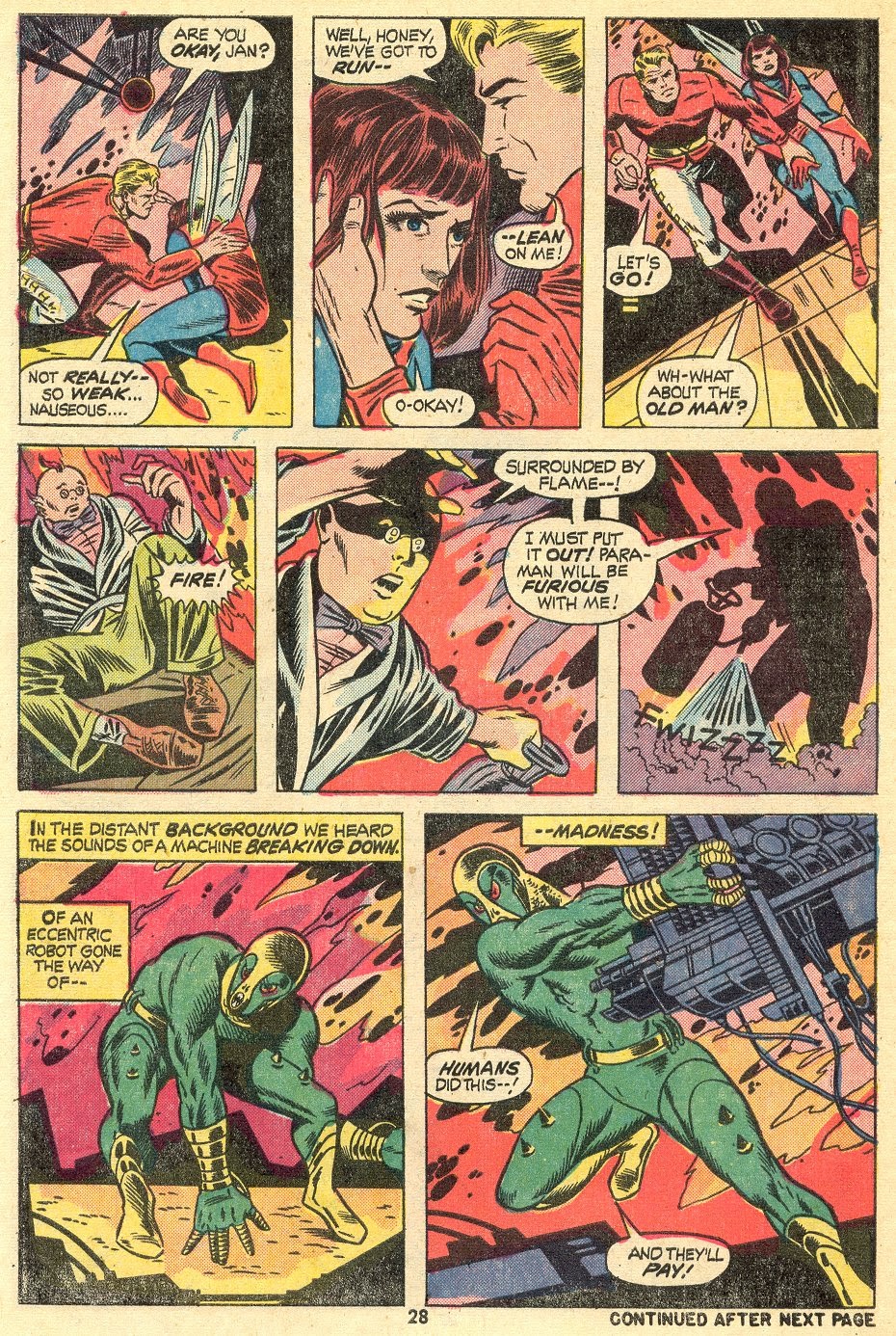 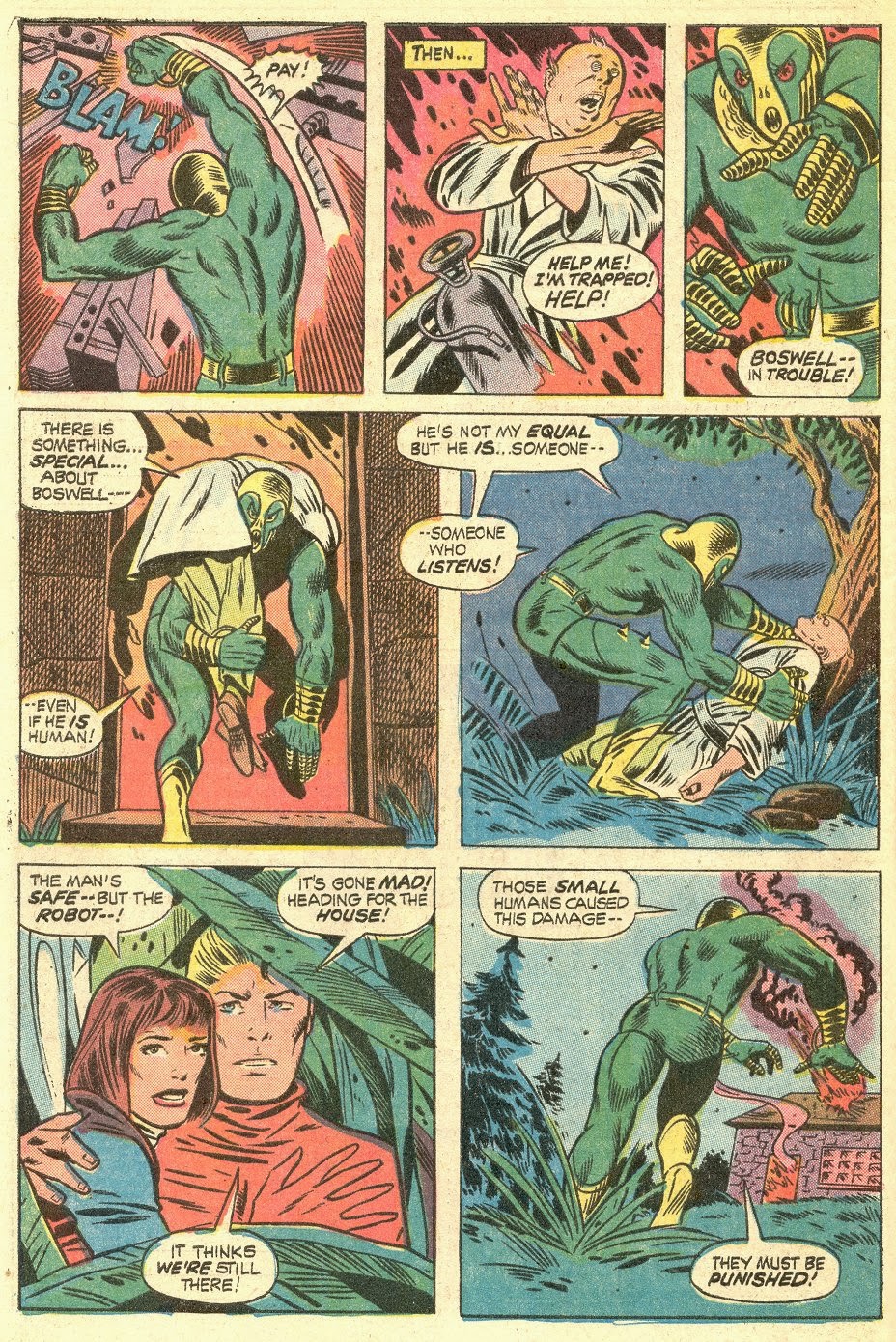