Addicted to Alex Nino: Korak, Son of Tarzan in: "The Ancient Awakes!"

When Korak, that's Tarzan's son, don'tcha know, had his own DC mag in the early 1970s, it was usually drawn by folks like Frank Thorne and Murphy Anderson. When DC began experimenting with their 100 page format in 1974, one of the things they did was cancel Korak with issue #56 (December 1973) and run his strip as a back-up in his daddy-o's mag beginning in issue #230 (January 1974). In Tarzan #'s 231-234 (March-September 1974), the art chores on Korak were handled by the man of the hour, Alex Nino. I think you're gonna dig the results. From Tarzan #231, here's "The Ancient Awakes!" written by Robert Kanigher. 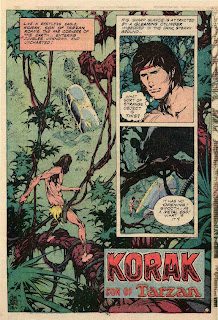 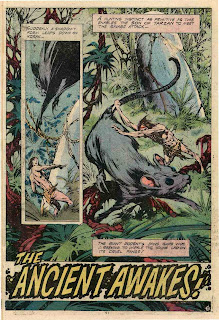 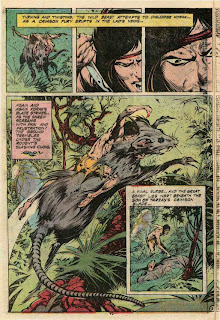 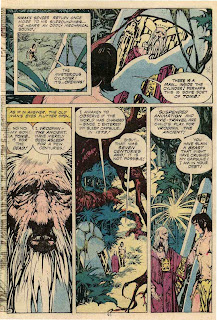 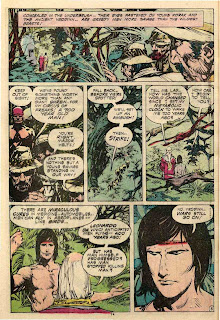 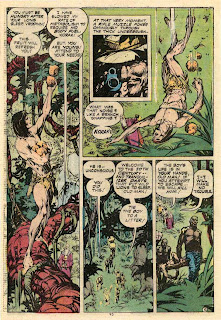 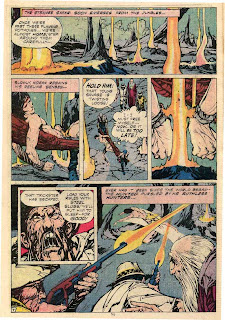 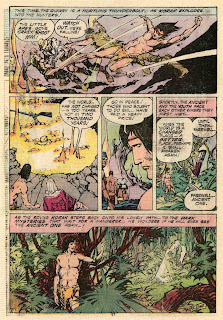