Starting with issue #66 (February 1968), in the back pages of Charlton's Cheyenne Kid there ran a very strange and literally far-out strip called Wander. Created by writer Denny O'Neil (under his nom de plume Sergius O'Shaugnessy) and initially drawn by the magnificent Jim Aparo (with Charlton mainstay Fred Himes taking over the art chores with issue #72,--he'd eventually write the strip, as well), Wander is the story of an alien who comes to earth right smack in the middle of the U.S. Old West. To give the strip an even wilder twist, our hero speaks The King's English, since it was around the Middle Ages since his people last visited the earth. The mixture of sci-fi, cowboys, and humor made for a fun strip, to say the least, and Wander's adventures lasted through Cheyenne Kid #87 (August 1971). Check out Wander's debut story by "O'Shaugnessy" and Aparo, raht'chere, raht now! Forsooth! 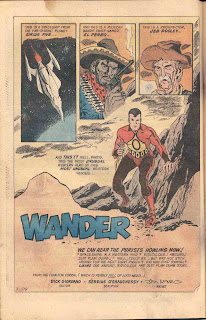 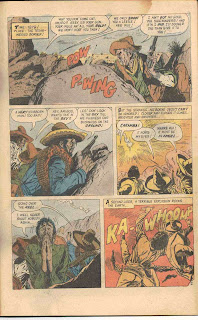 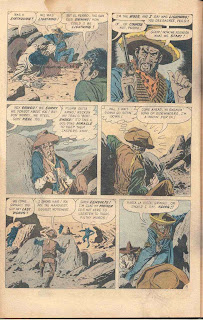 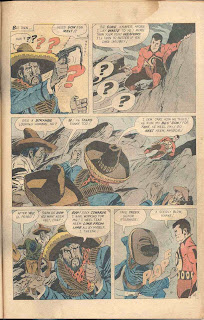 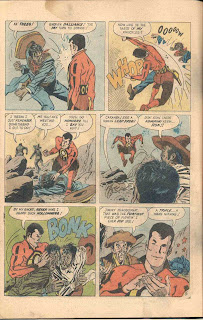 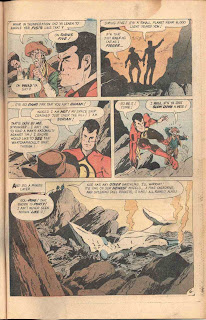 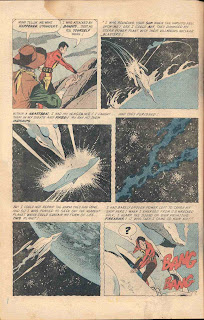 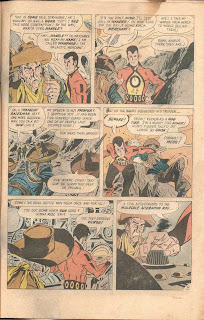 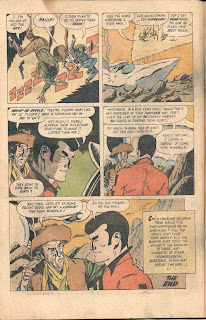