Making a Splash: Rose and The Thorn

Happy Friday, Groove-ophiles! Today let's check out the superior splashes of the only back-up that ever made me buy issues of Superman's Girlfriend, Lois Lane--Rose and The Thorn! R&T ran for most of issues 105-130 (August 1970-February 1973; one ish, #113, was an all-reprint giant/annual; The Thorn guest-starred in  team-ups with Lois in issues 105, 114 and 122). Robert Kanigher wrote most of the stories, while artists like the team of Ross Andru and Mike Esposito, Gray Morrow, Dick Giordano, Rich Buckler (some of his earliest super-hero work), and Don Heck. Since they're back-ups, few of them had "traditional" splashes, but we got some really cool ones, so who cares? Enjoy! 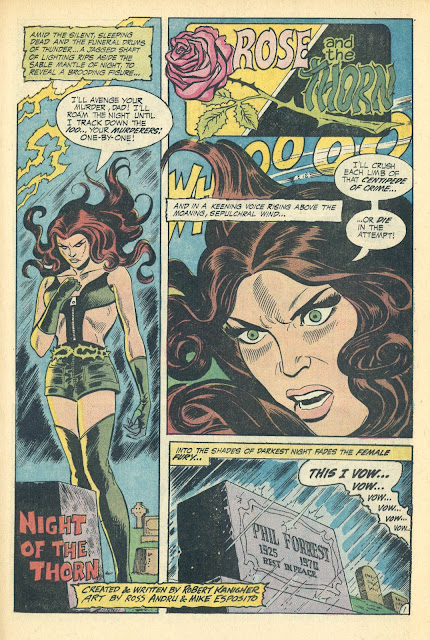 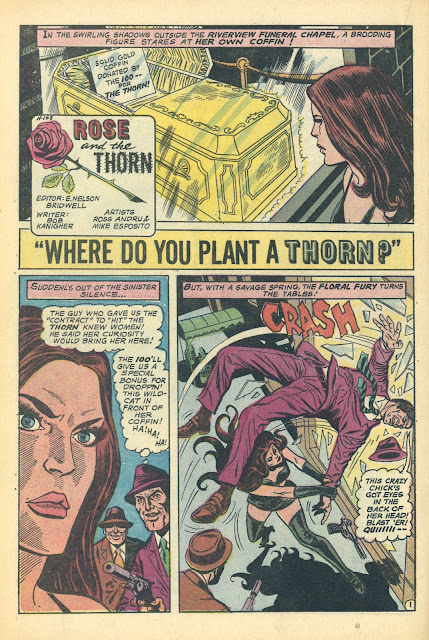 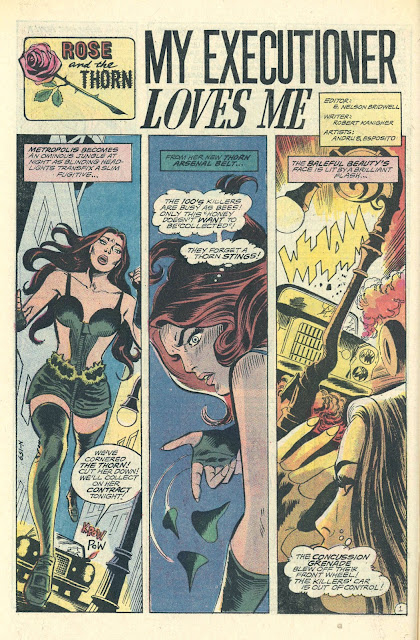 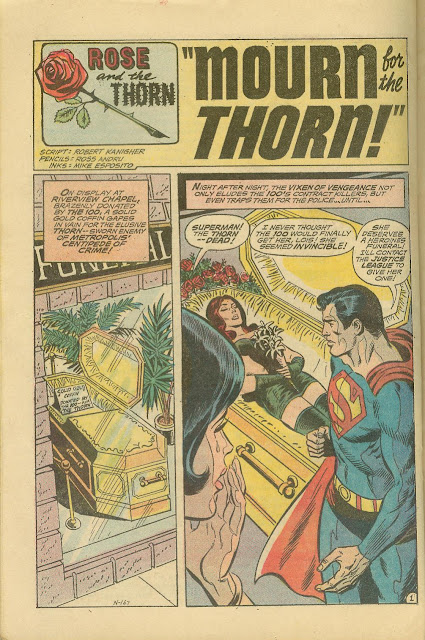 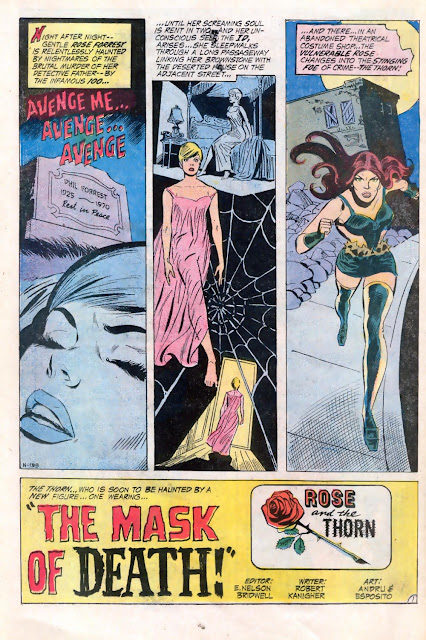 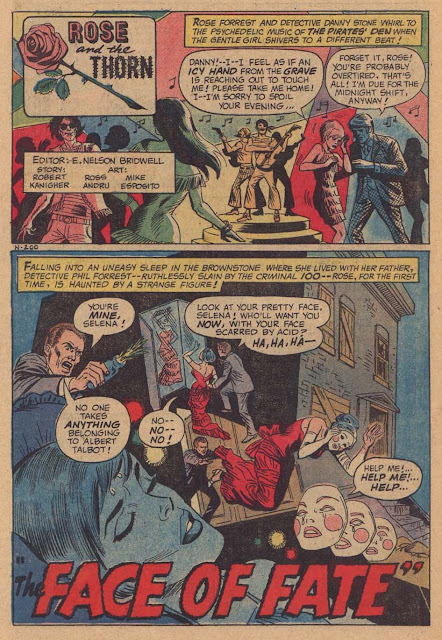 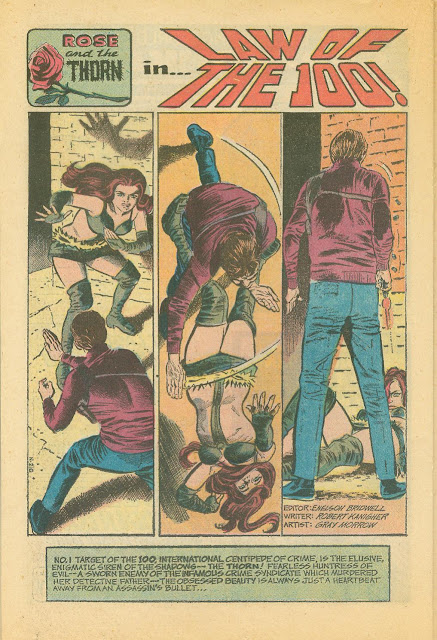 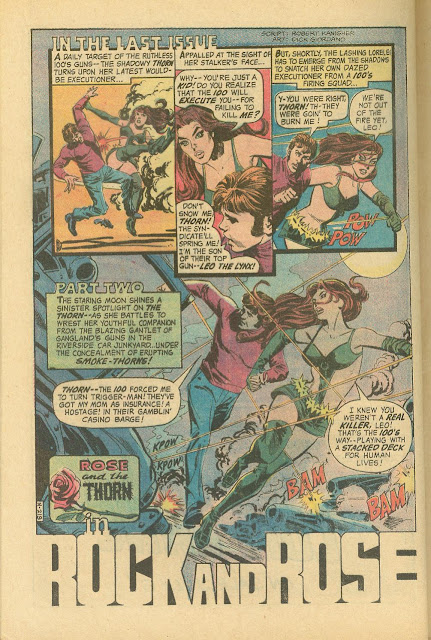 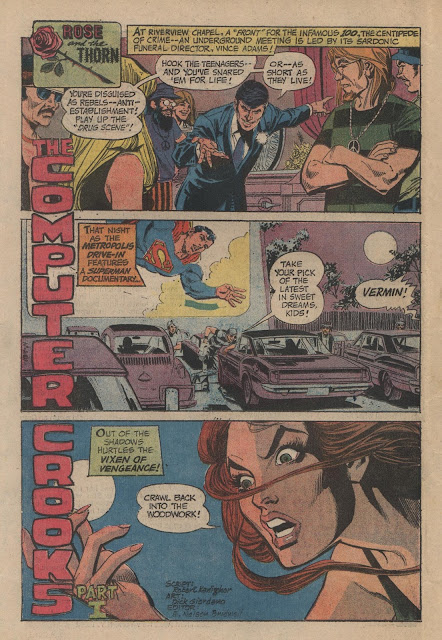 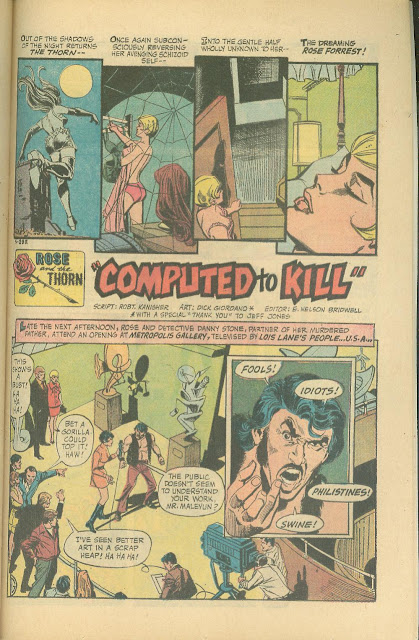 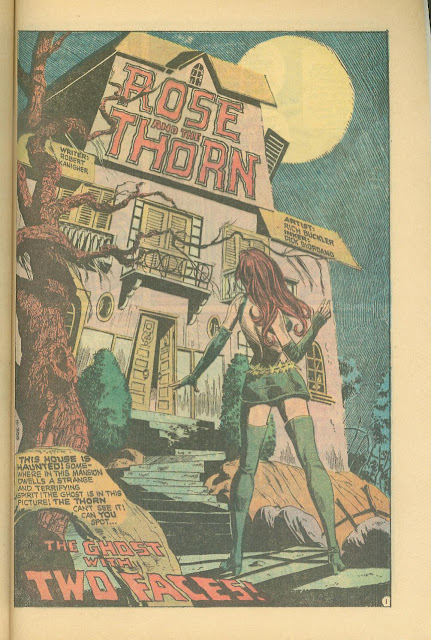 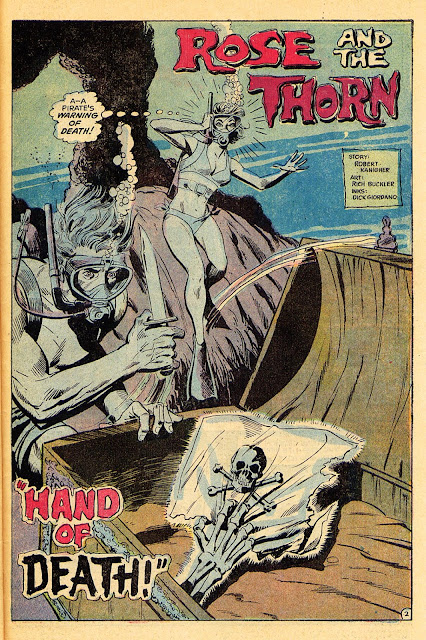 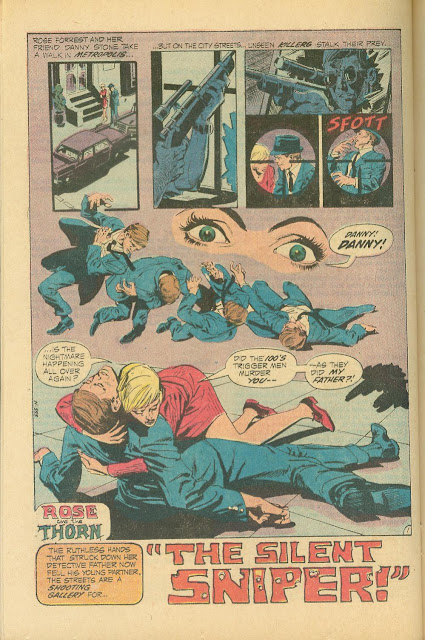 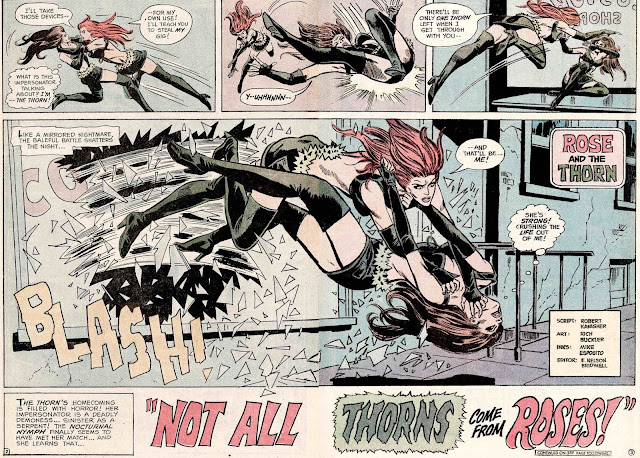 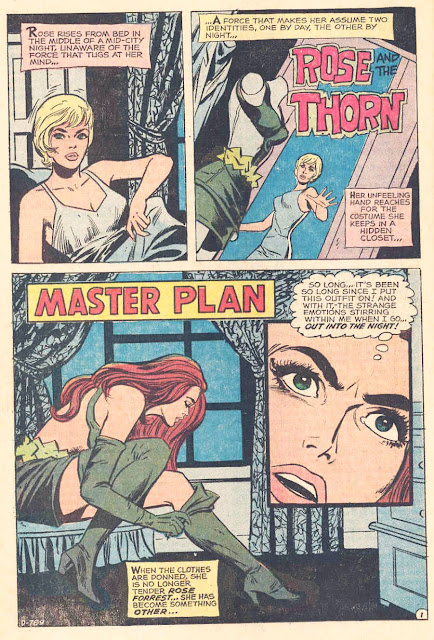 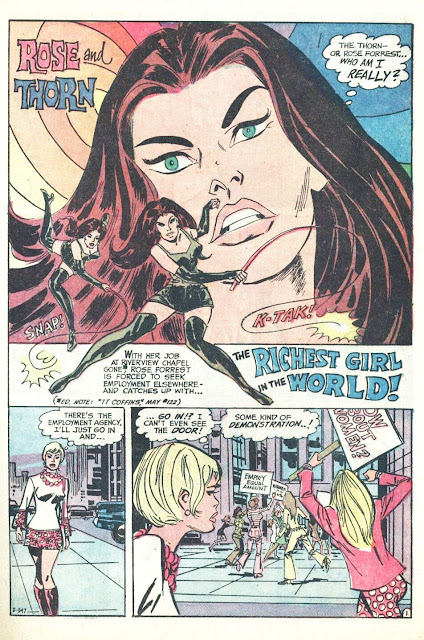 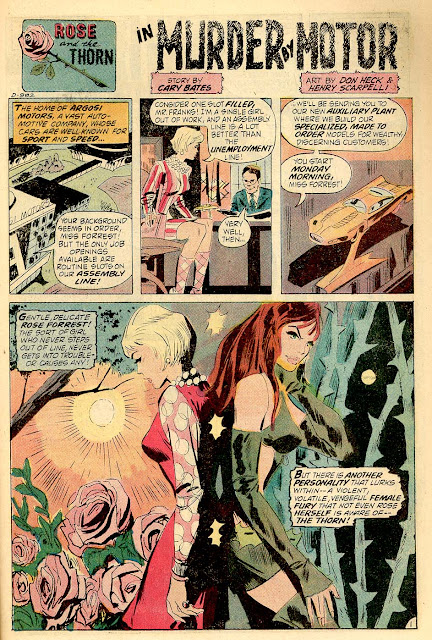 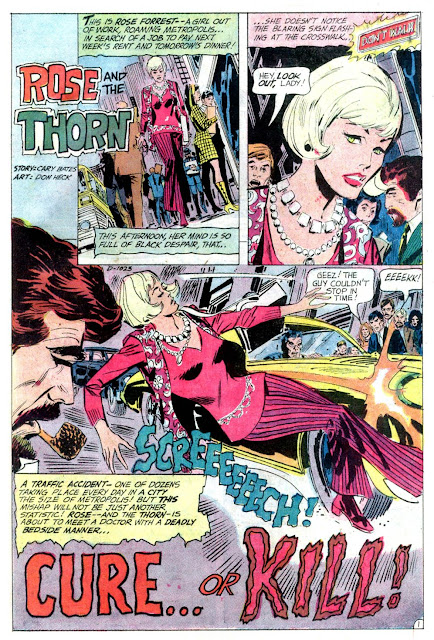 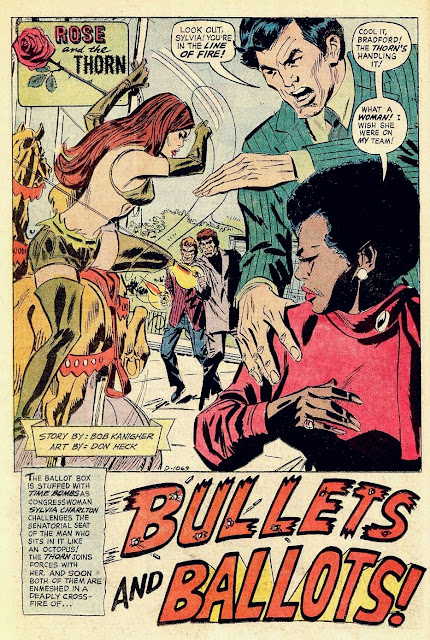 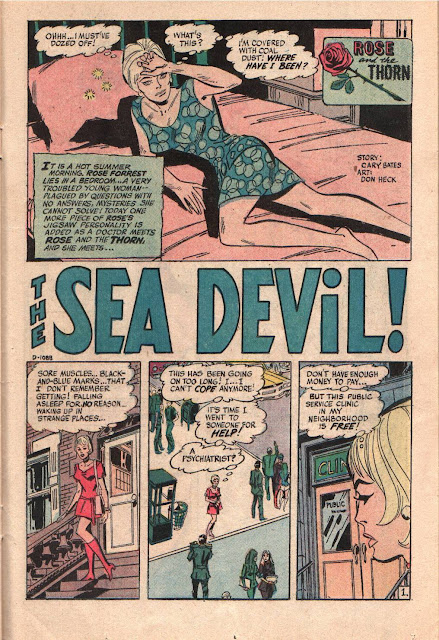 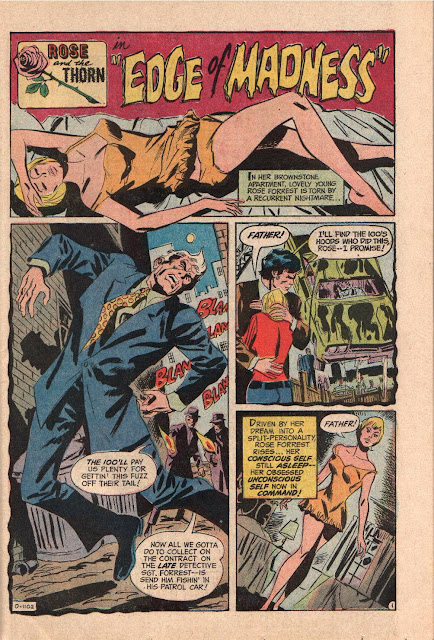 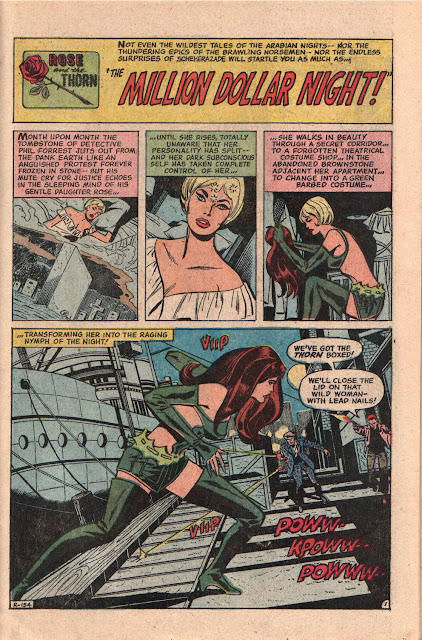 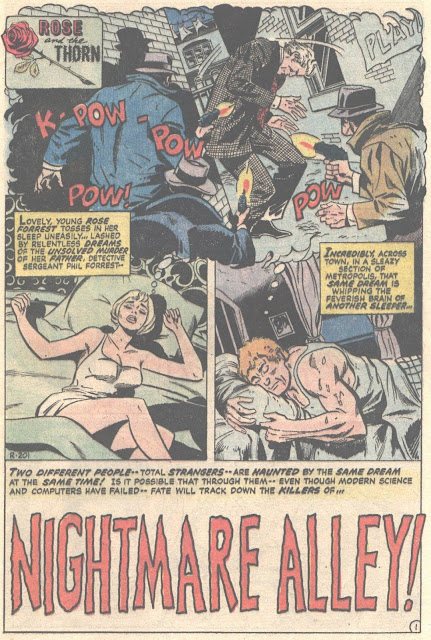