Waaaaaaay back in February 1975, Marvel Comics released the third issue of their black and white sci-fi mag, Unknown Worlds of Science Fiction. The mag was mucho sought after because it contained Roy Thomas and Alex Nino's amazing adaptation of Harlan Ellison's "'Repent Harlequin!' Said the Ticktockman". But buried within that astounding issue lies another treasure, though just a mere five pages long. Writer Gerry Conway teamed with two of Marvel's fastest-rising stars, namely penciler George Perez and inker Klaus Janson to adapt sci-fi master Frank Herbert's 1955 short story "Occupation Force". While not as cool (or controversial) as the Ellison adaptation, this story is pretty far-out in itself and certainly doesn't deserve to be left to spend eternity in the Longbox of the Unknown. At least that's Ol' Groove's opinion. What say you? 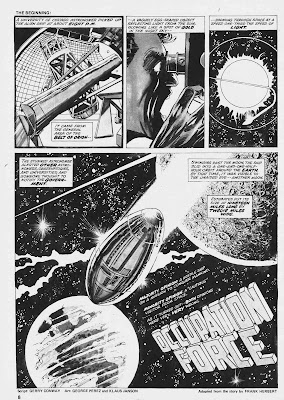 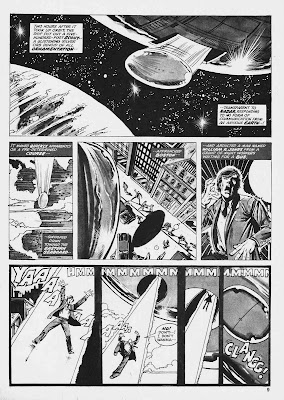 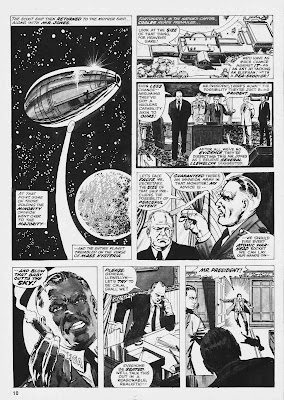 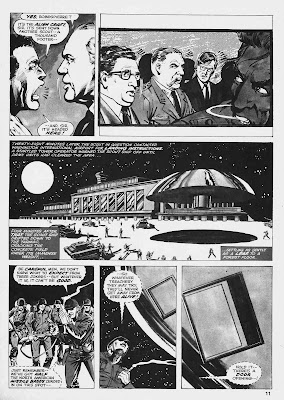 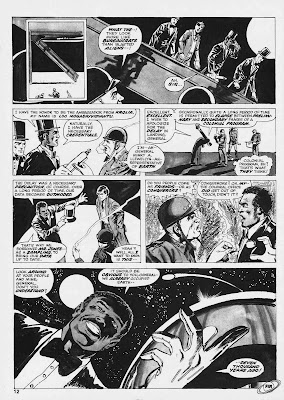