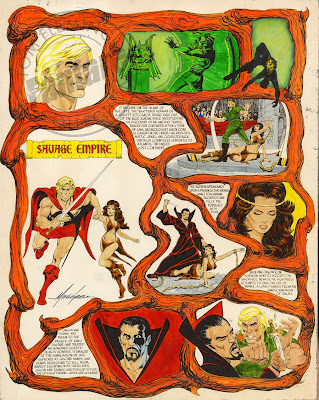 Greetings, Groove-ophiles! Y'know, the very first post on DotGk dealt with "Iron" Mike Grell. Tons (I say, TONS) of my posts have been devoted to this masterful writer/artist--the creator of Warlord, Starslayer, Jon Sable, and so many others. Today, though, we're going to look back at the dazzling debut and early super-stardom of one of the most unique and durable talents of the Groovy Age.

From an early age, Mike Grell wanted to be a cartoonist. He had heard about the "great money and easy life" of the syndicated comic strip cartoonist and wanted a piece of it. He created an epic adventure comic strip called "Savage Empire", but no one would look at it. Iron Mike did land a job assisting the legendary Dale Messick on Brenda Starr, which led to his lucking into the world of comicbooks. 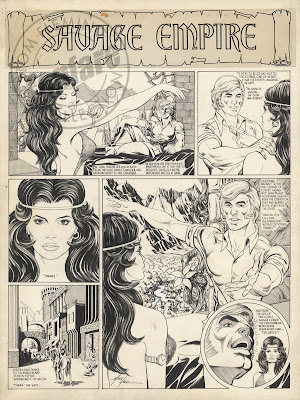 Doing his own comic strip still burned in Grell’s soul so he headed for New York and attended a comics convention in hopes of meeting with talent scouts for the syndicates. When Grell turned up at Phil Seuling’s annual bash, he was shocked to see no talent scouts, few pros and mostly fans. Wearing a suit, however, did make him stand out in a crowd. Allan Asherman, then Joe Kubert’s assistant at DC, showed Grell’s work to people and Grell found himself talking to a man named Irv. He approached Grell, liked what he saw and suggested Grell go see Julius Schwartz at DC. What Grell later discovered was that the Irv he spoke with was Irv Novick, then chief Batman penciller. “Julie was very cordial and treated me in his customary fashion,” Grell says of the encounter. “’What the hell makes you think you can draw comics?’ I unzipped my portfolio and said, ‘You tell me.’ He took me in to Joe Orlando and I walked out with – ‘As the Undersea City Sleeps,’ an Aquaman story for Adventure Comics.” (From Comics Scene #9, 1983)

Whod'a thunk that such a long-running and successful career started with "Iron" Mike having Aquaman moon his readers (Adventure Comics #435, July 1974). Script by Steve Skeates. 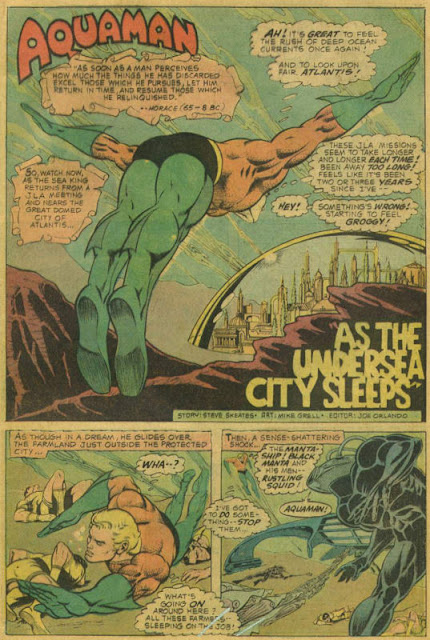 But that's not all, Groove-ophiles. When the comicbook fates are smiling on ya, sometimes they show all their teeth. Dig what happens next in the Mike Grell saga (again from Comics Scene #9):

As Grell was turning in his first story, Murray Boltinoff was pacing in his office wondering who he could get to replace Dave Cockrum, who had just announced he was leaving Superboy and the Legion of Super-Heroes to go work for Marvel, Orlando suggested Grell and Boltinoff had him ink a Cockrum story. Satisfied with the effort, Grell debuted as Legion artist with issue #201.*

And since Ol' Groove loves ya (and "Iron" Mike!), here's Grell's inking job over Cockrum from Superboy #202. Is it any wonder why Iron Mike got the job? 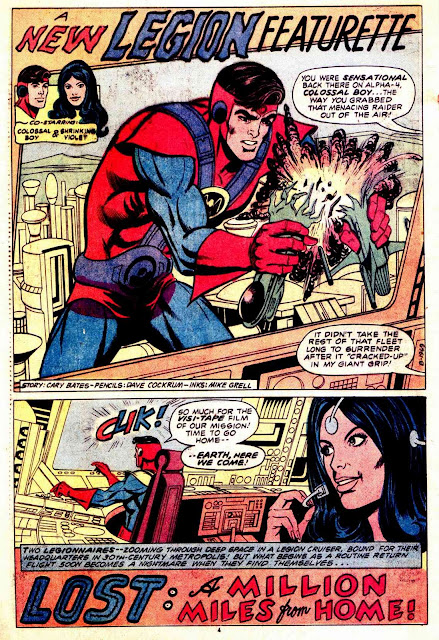 And what the heck, chomp on a few choice pages from Mike's full art from Superboy #203... 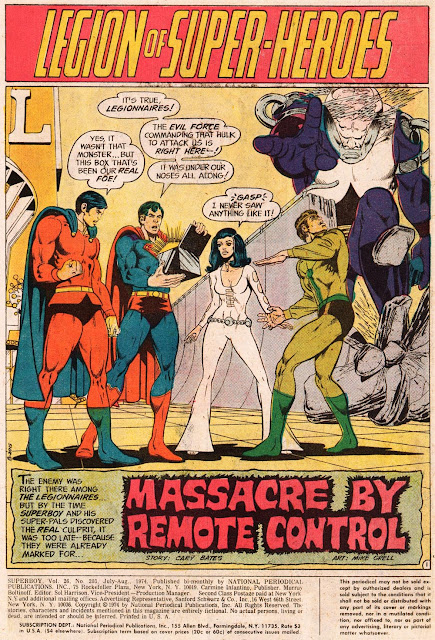 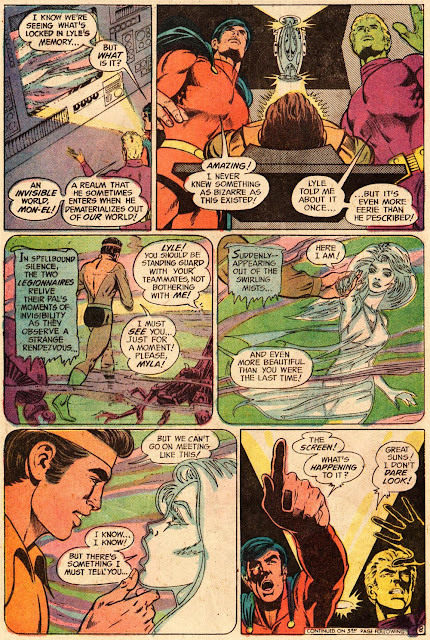 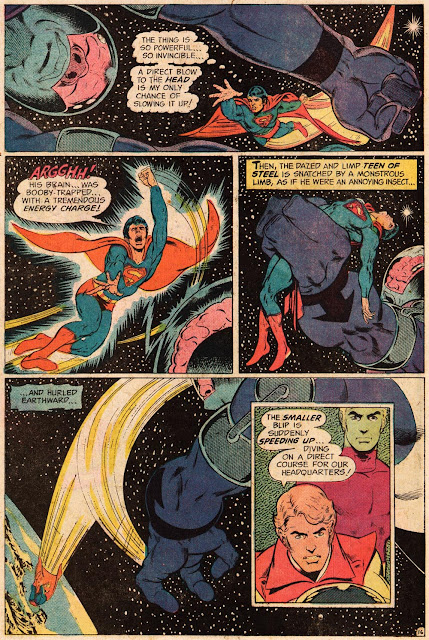 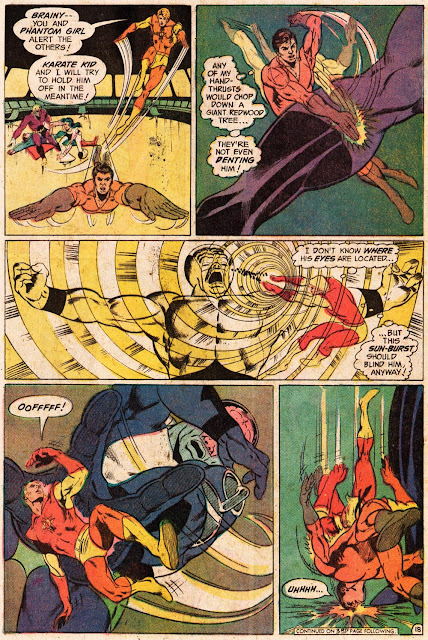 It's clear that Mike's art would rocket him to comicbook super-stardom in no time. Besides his legendary work on the Legion and Warlord, Mike also turned out some great issues of Batman and Green Lantern/Green Arrow. 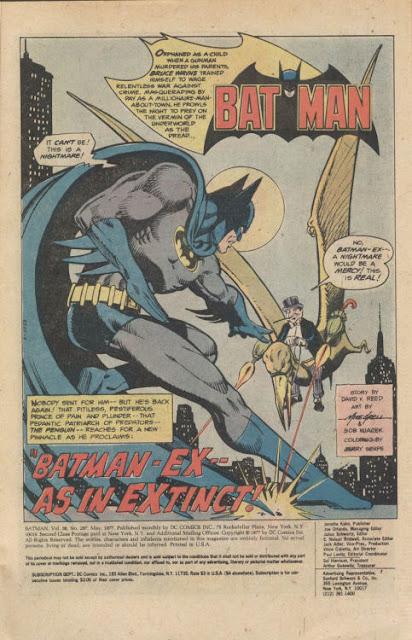 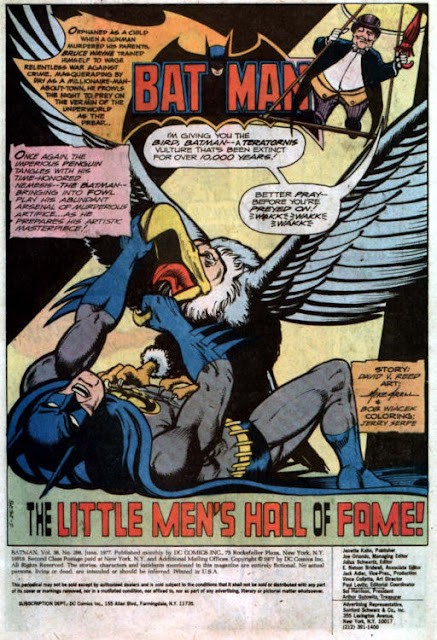 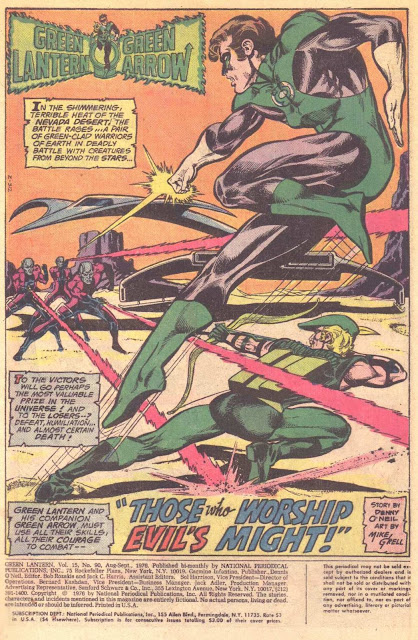 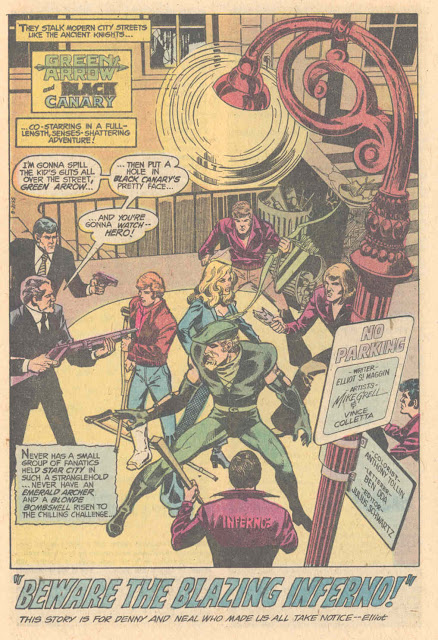 And now "Iron" Mike is editing Ardden's Atlas Comics revival. Here's to "Iron" Mike Grell! He sure lives up to his nick-name!
Posted by The Groovy Agent at 12:02 AM