Hey, hey, hey, Groove-ophiles! Man, did Ol' Groove ever love those 100 Page Super-Spectacular mags DC put out in the early 1970s. When DC applied the format to many of their regular mags in 1974, things really got cookin'! We got brand new tales of our fave DC heroes, plus tons of superior reprints from the Golden and Silver Ages. (Mebbe that's why the "multiple earths" idea never confused us--we were always being exposed to the various earths. Those reprints put things in context, y'dig?) Ahem, anyway, back to today's post! Hidden in the pages of Justice League of America #112 (April 1974) after a new JLA saga, and a rare Seven Soldiers of Victory reprint, but before a Silver Age JLA classic, we find a superb Starman story by Gardner Fox, Mort Meskin, and George Russos! Check it out! 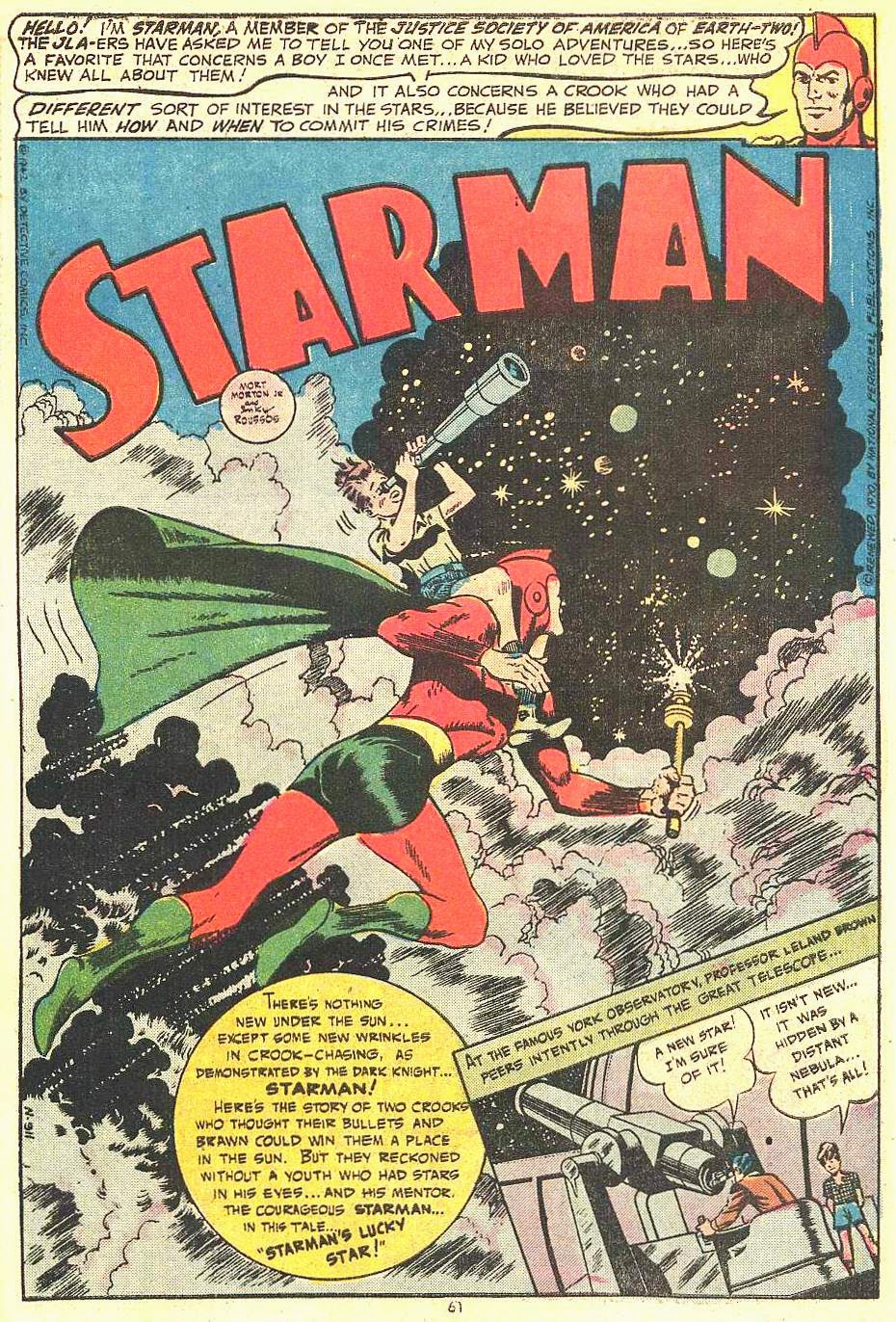 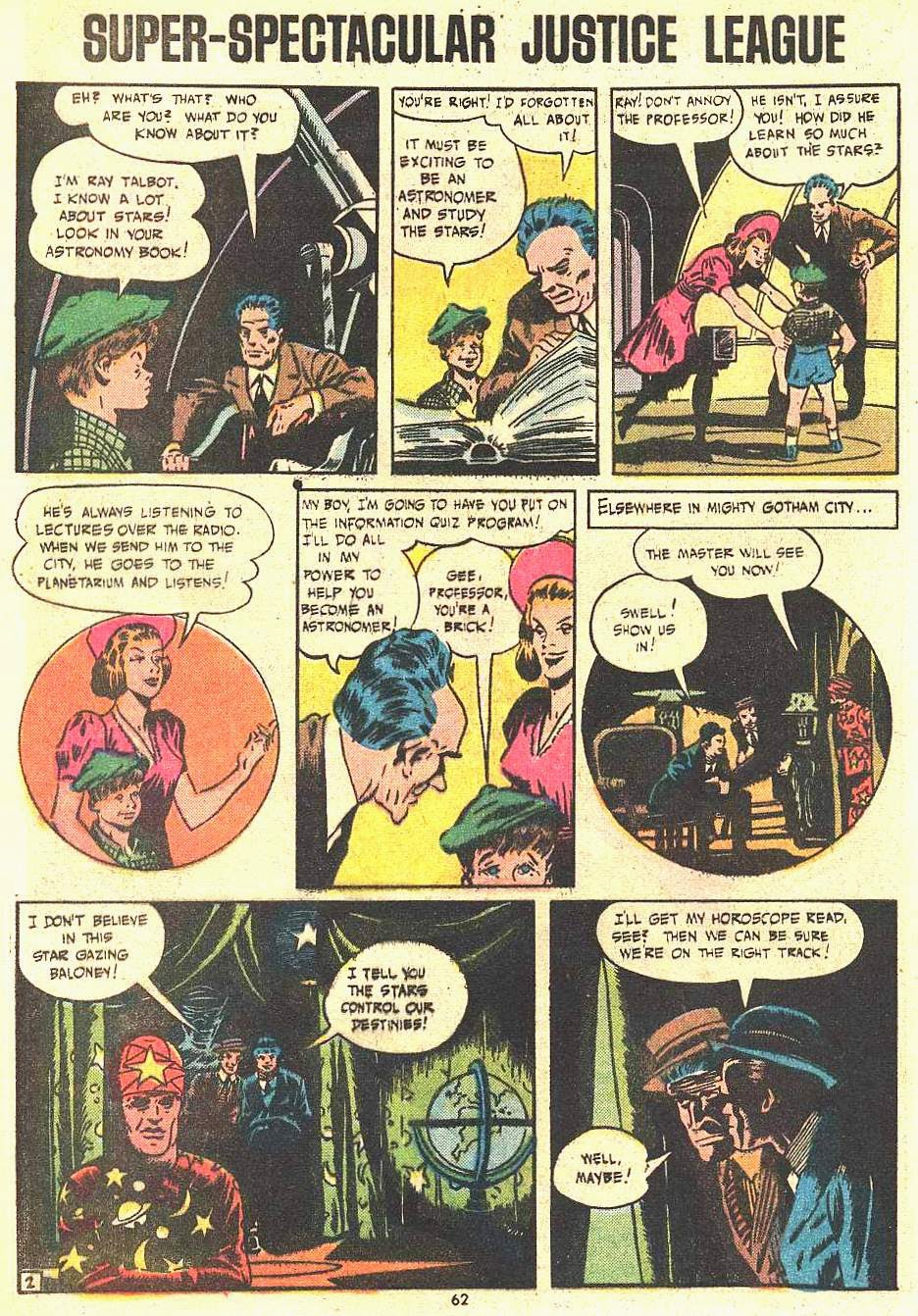 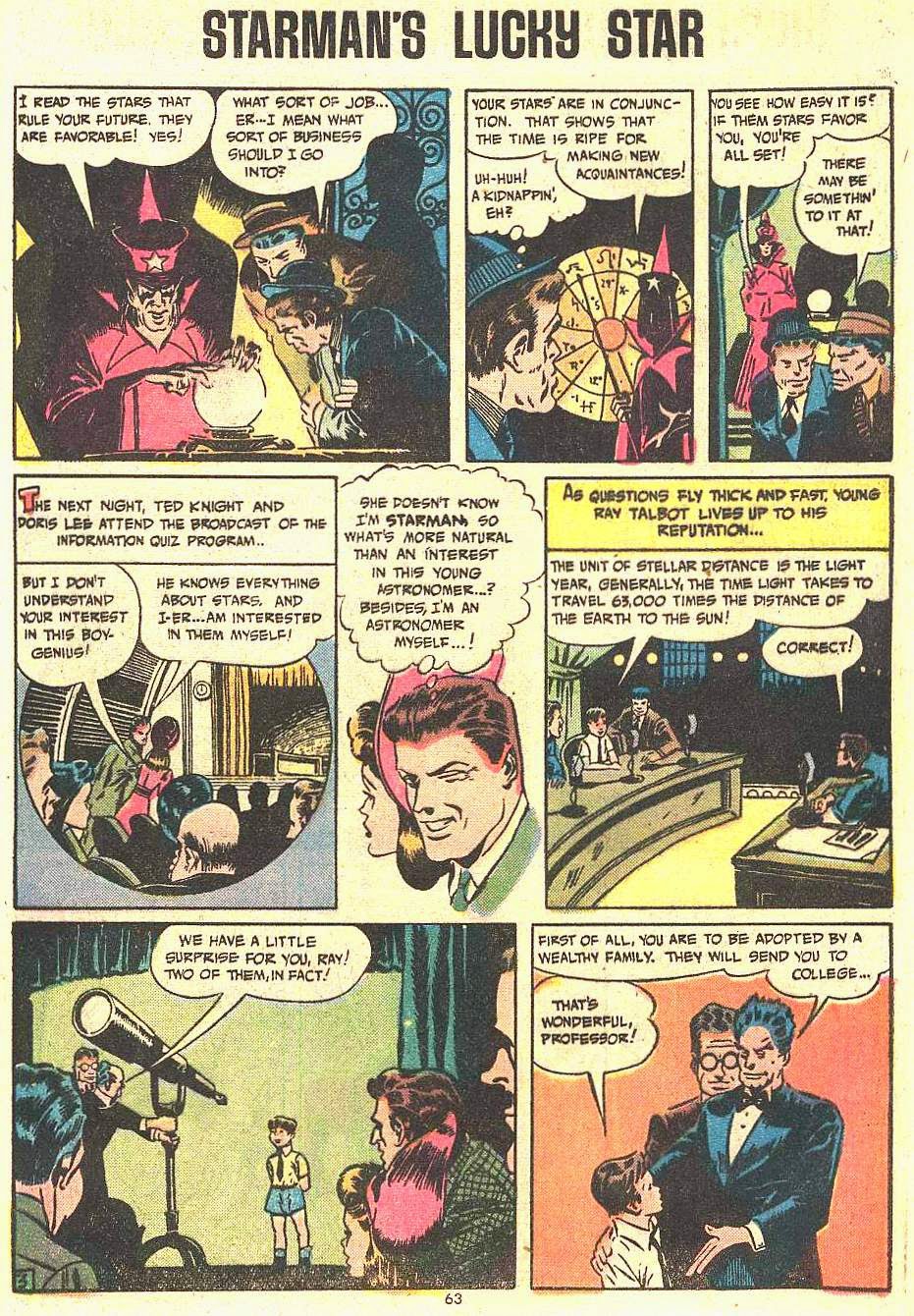 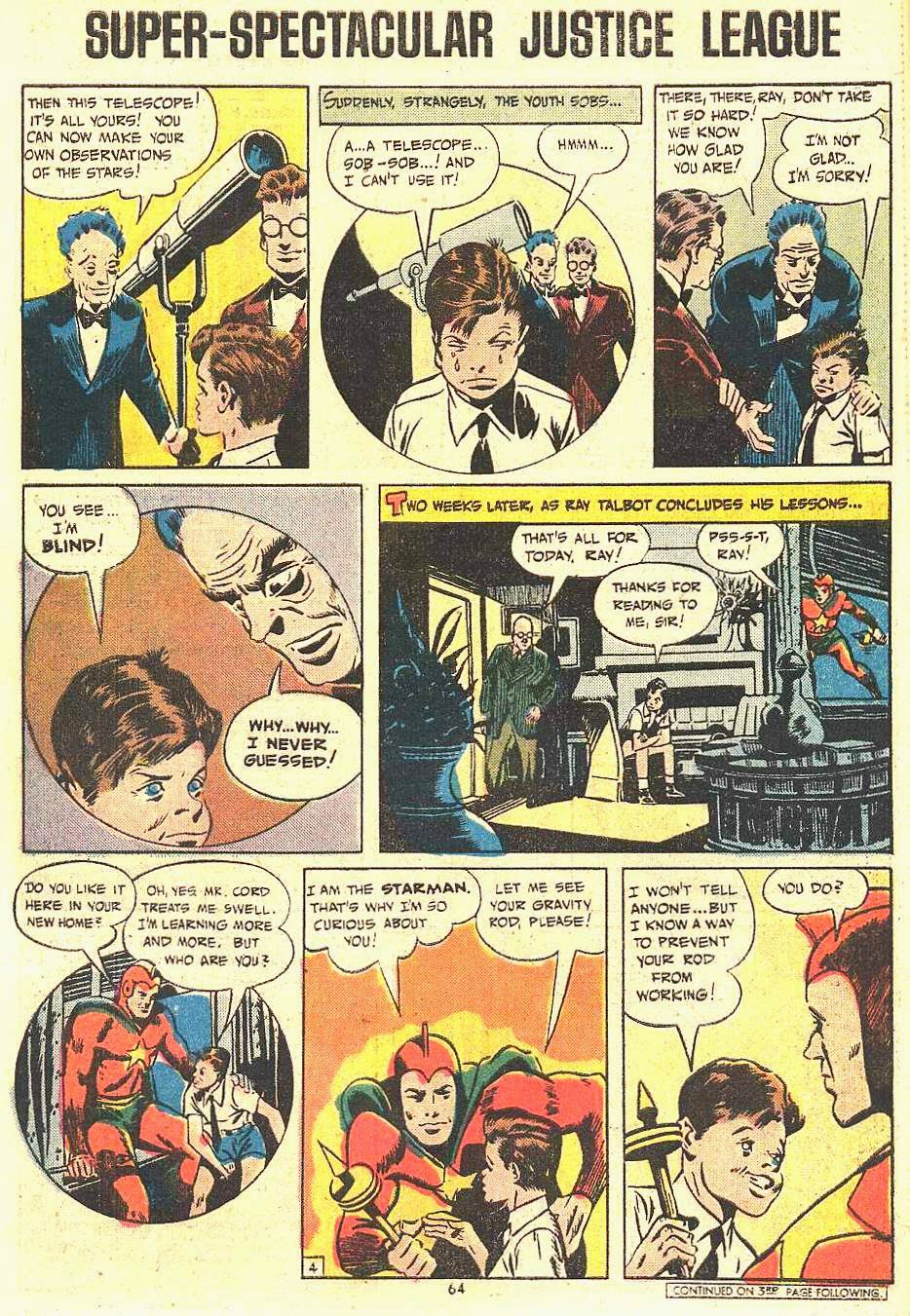 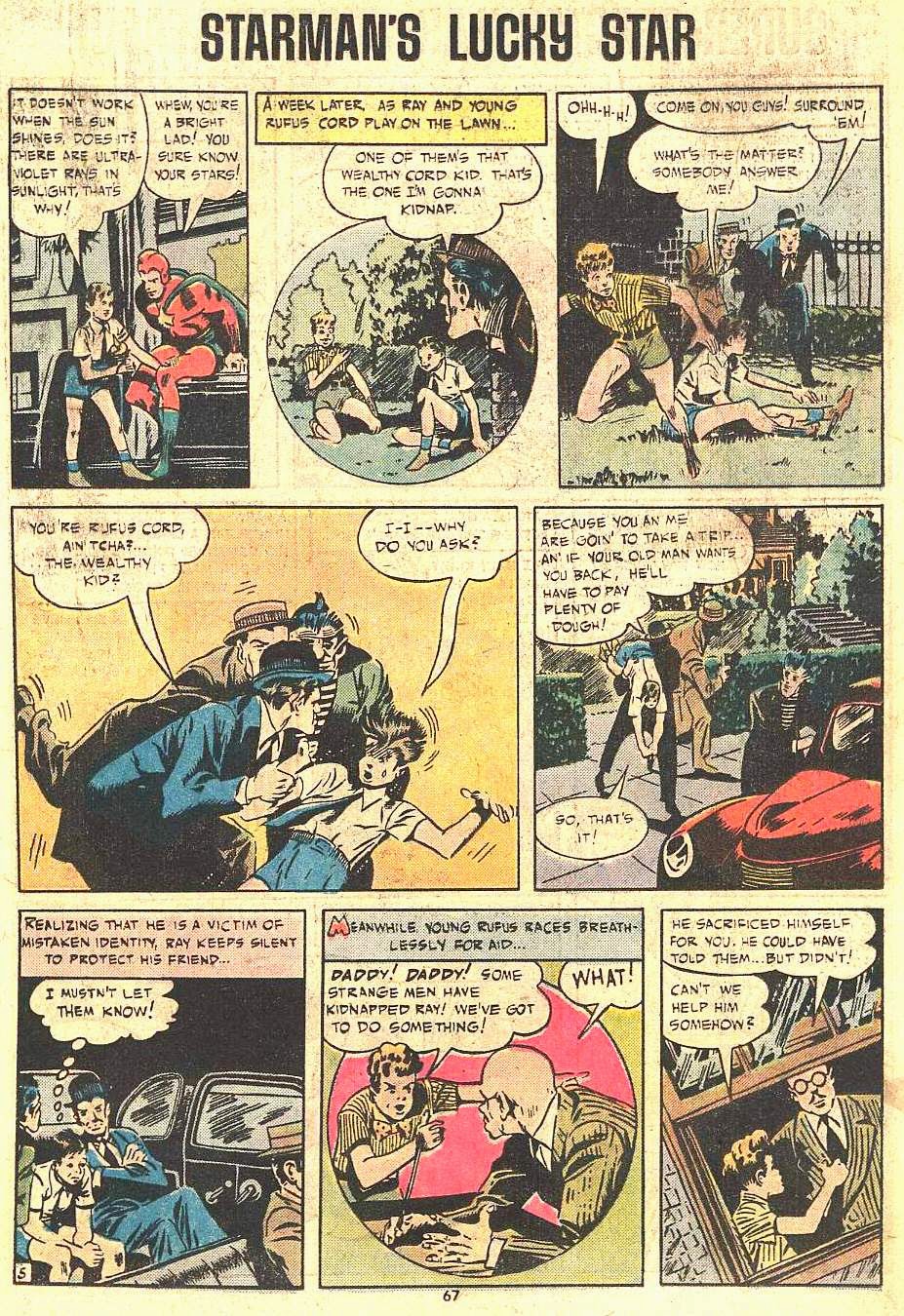 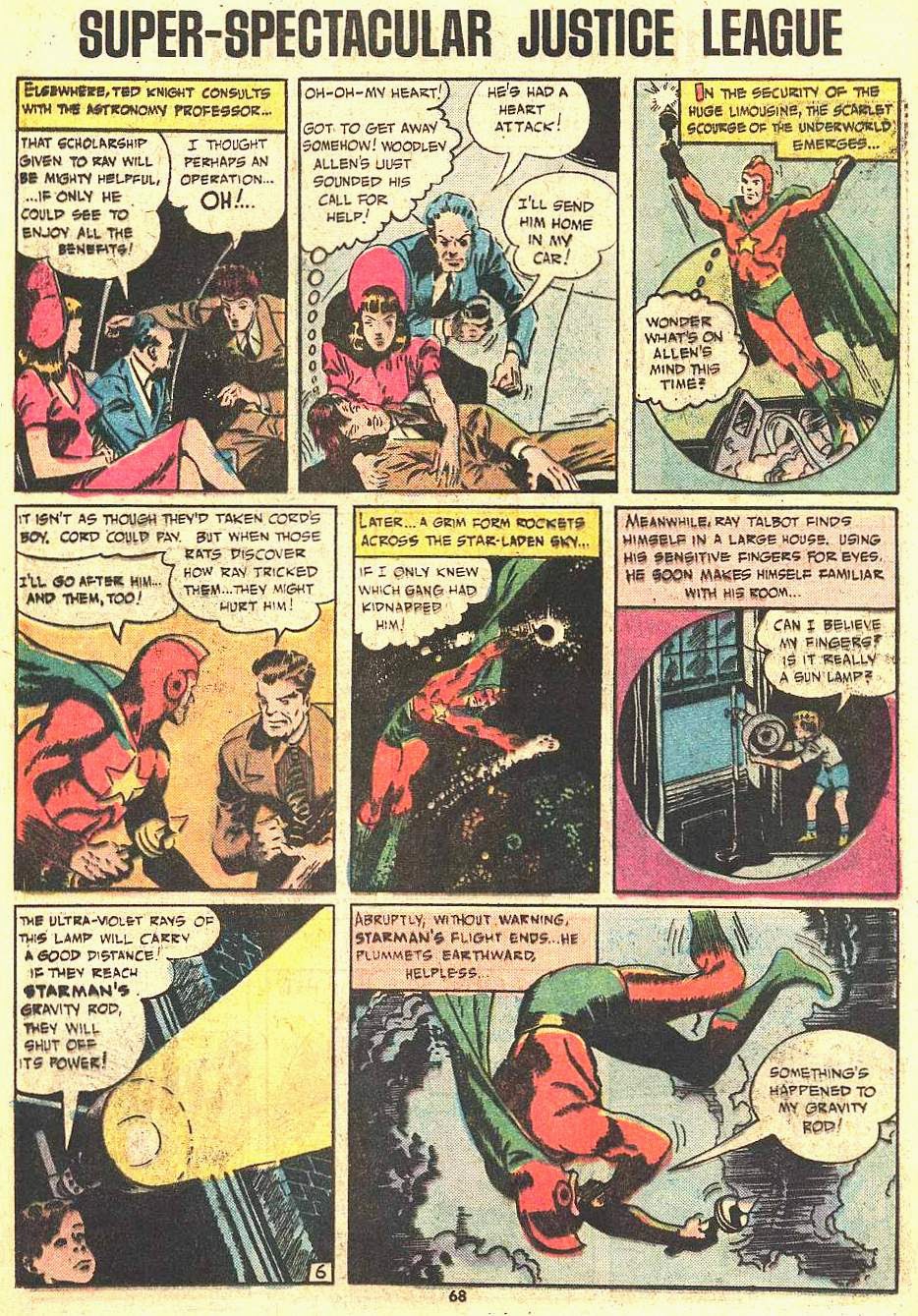 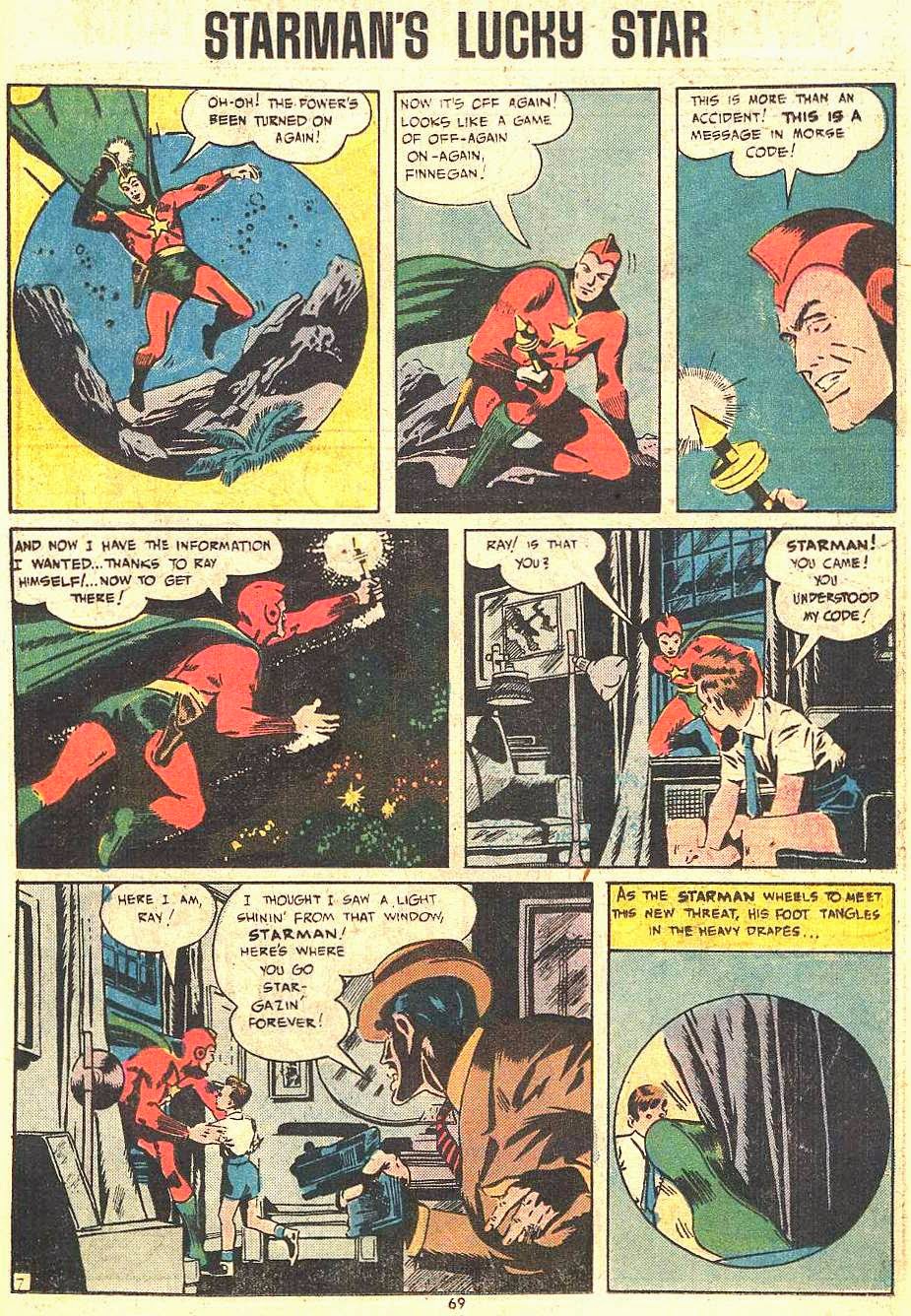 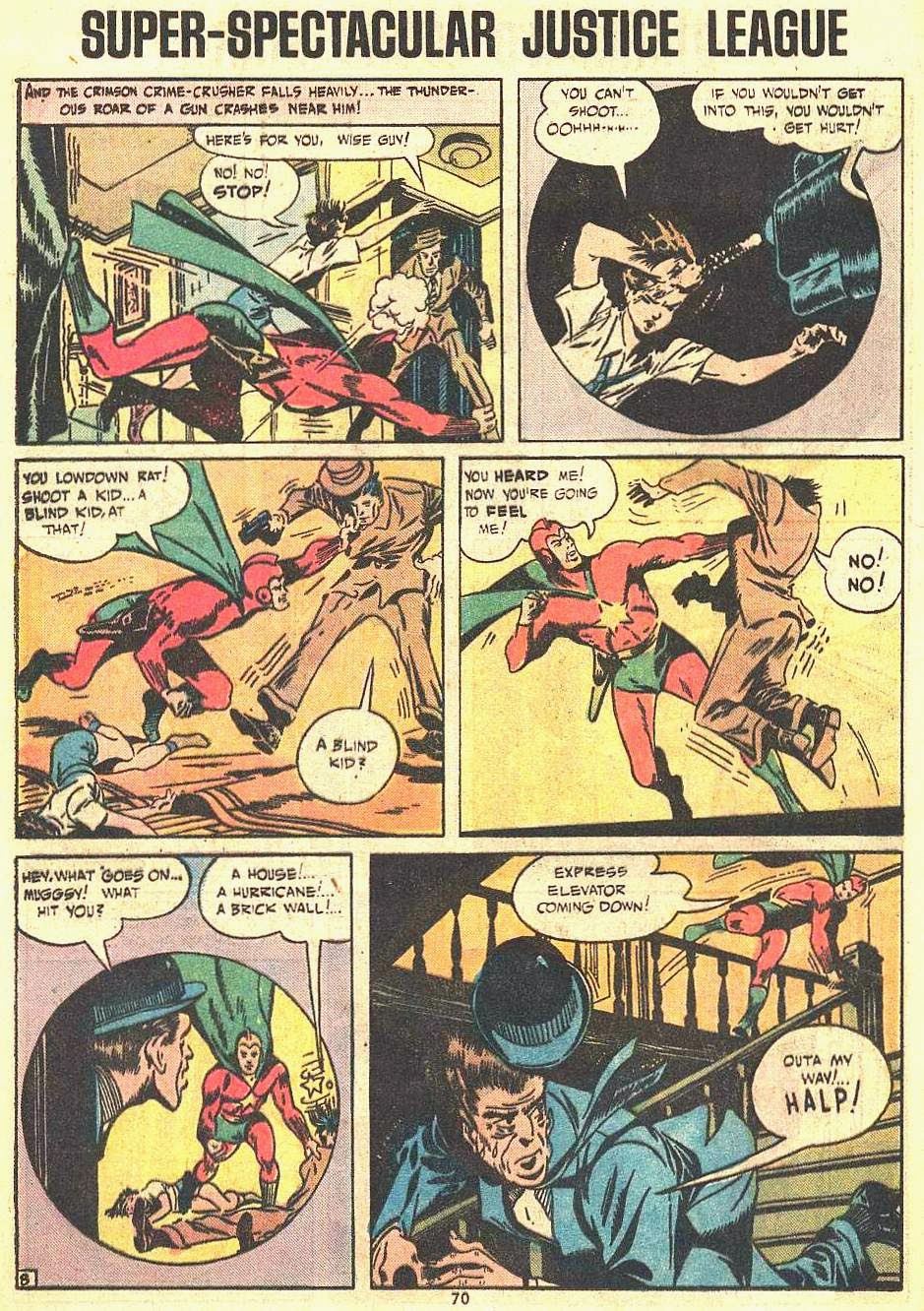 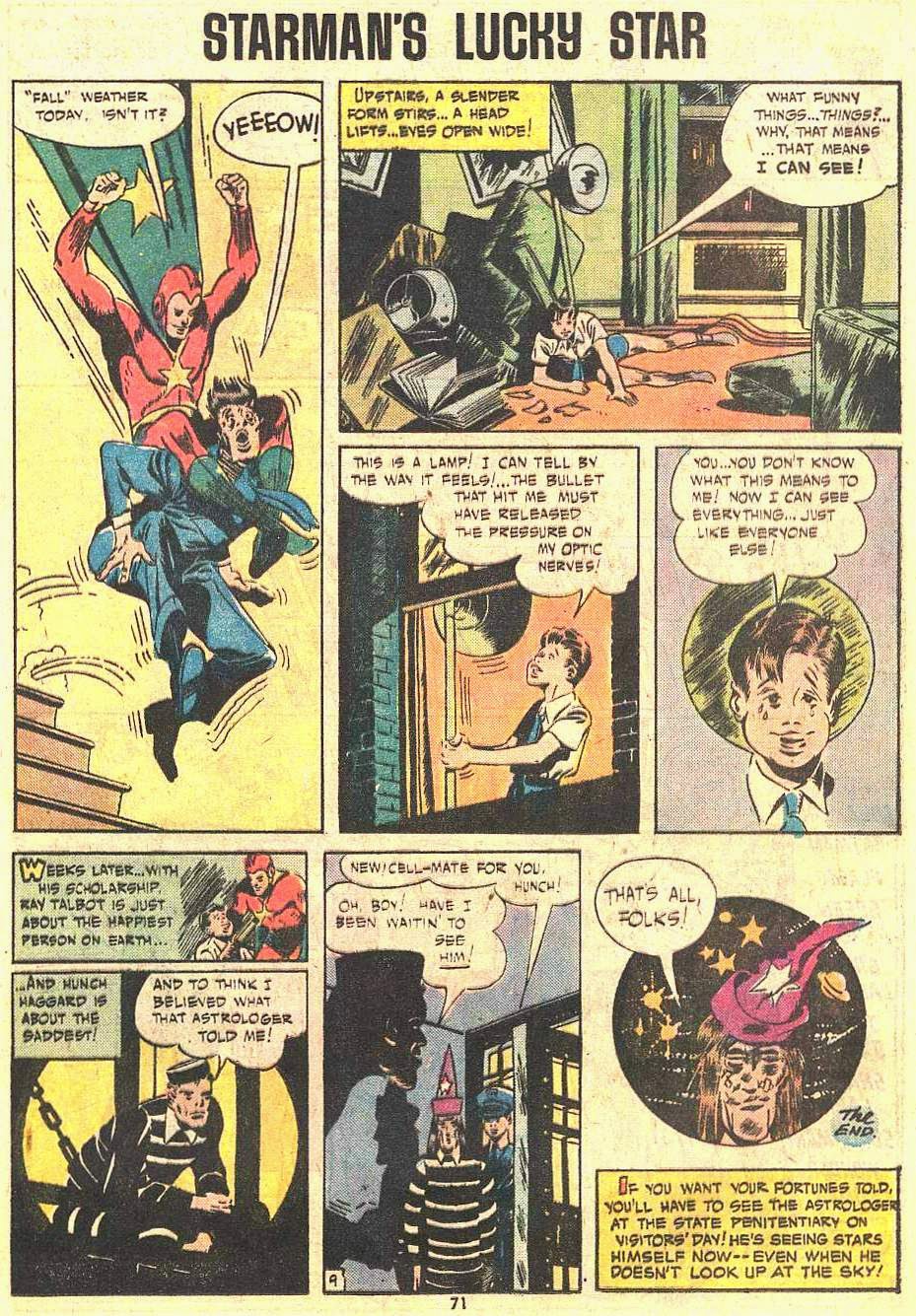 "Starman's Lucky Star!" was originally published in Adventure Comics #71 (cover-dated December 1942).
Posted by The Groovy Agent at 12:02 AM