If You Blinked, You Missed: The New Doom Patrol by Kupperberg and Staton

Check it out, Groove-ophiles! When DC decided to revive Showcase (the mag that introduced most of what made DC's Silver Age so successful), they sure did it in style! Editor Paul Levitz handed the first three issues off to writer Paul Kupperberg and artist Joe Staton, turning them loose on a (mostly) brand-new version of the Doom Patrol, one of DC's most oddball cult faves ever. Ol' Groove was gonna do a huge write-up about the New Doom Patrol, but realized I'd already done a fair-to-middlin' job on that very topic way back in February, 2009. If you clicked that link, you can see that's a pretty long article. If you're lazy--er--an energy conservationist like moi, you might prefer reading the version below, which I've copied and pasted (and slightly edited) for your perusal below...

"Doom Patrol was perhaps inspired by the success (and carrying on the tradition of giving fandom the fun of comparing the two teams' similarities) of the All-New, All-Different X-Men, DC handed the chore of creating an all-new, all-different Doom Patrol to the able hands of Paul Kupperberg and Joe Staton in the newly revived Showcase #94 (May/June, 1977). Though Kupperberg and Staton took on pretty much the same trappings of the All-New, All-Different X-Men, with the introduction of international members (Celsius from India, Negative Woman from Russia, and Tempest from the U.S.--but with the added dimension of being a Viet Nam vet/deserter) and keeping a former member Robotman on the team (serving as DP's link to the old team, as Cyclops linked the old X-Men to the All-New--aw, you know who I'm rappin' about), the feel of the team was quite different. This team was more edgy, less of a team than a group of individuals thrown together by circumstances. Kupperberg's scripting was as with-it as any Marvel scripter's, and he was able to give the series a very dark, dangerous feel, very different from the usual DC fare. Staton's art was glorious, from his faux-Dave Cockrum costumes for the new members to his Rog-2000 inspired redesign of Robotman (which from what I've been able to gather Rog creator John Byrne kinda dug, especially since he and Joe had been buds working at Charlton), he gave the Doom Patrol a good, solid artistic identity. The try-out, which ended with Showcase #96 (August/September, 1977), sadly didn't lead to an ongoing series. The new Doom Patrol was relegated to occasional guest appearances such as Superman Family #'s 191-192 (July-September, 1978) and other mags in the 1980s. The DP has been revived a few more times since the Groovy Age." 'Tis a great concept, perhaps someday DC will get it right again. Meantime, dig the far-out and groovy "The Doom Patrol Lives Again!" 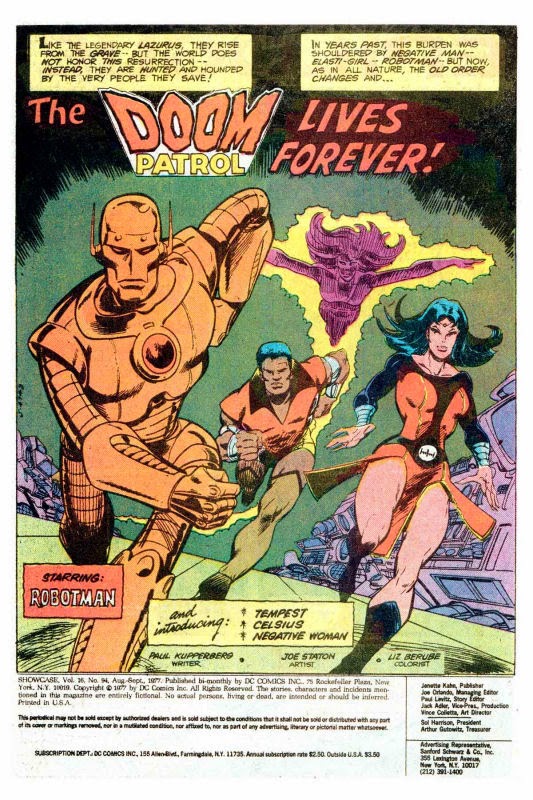 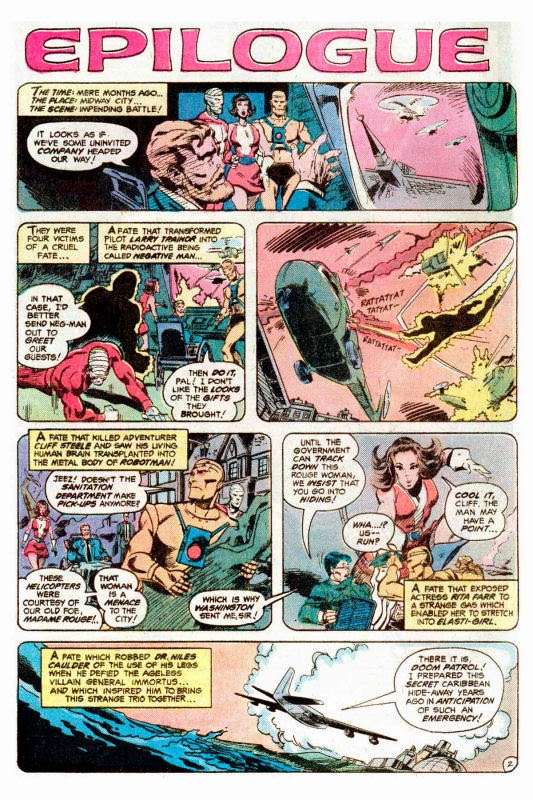 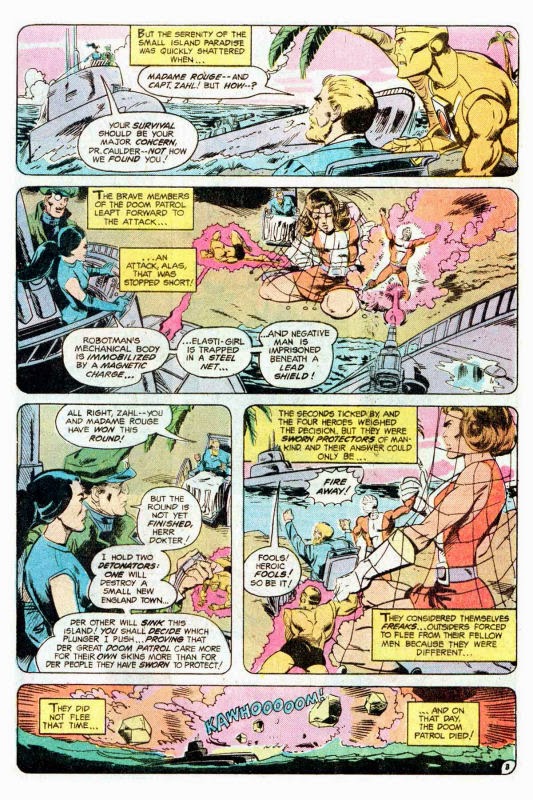 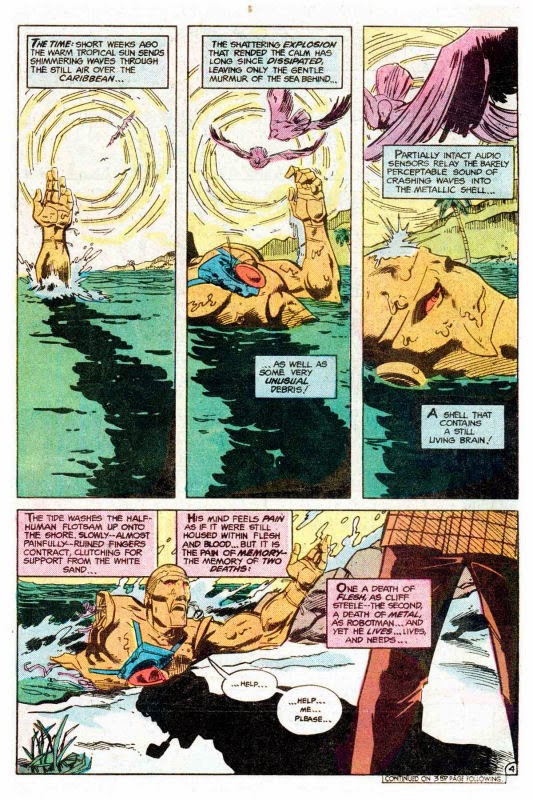 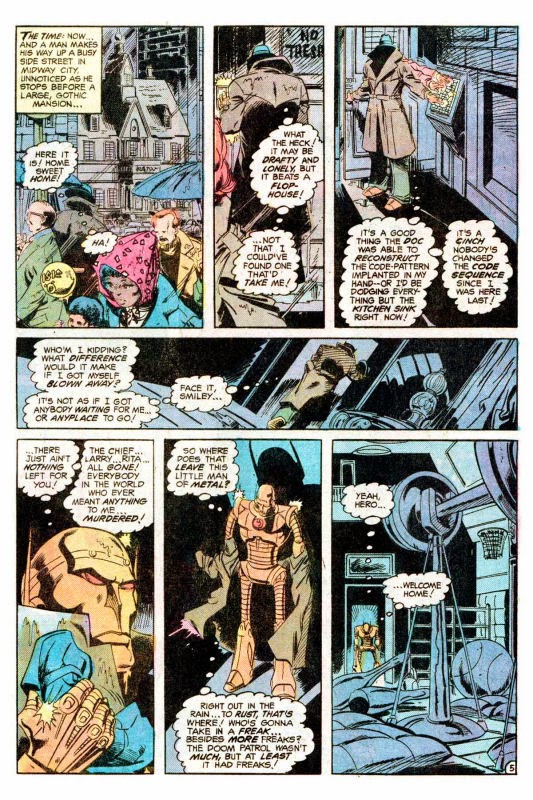 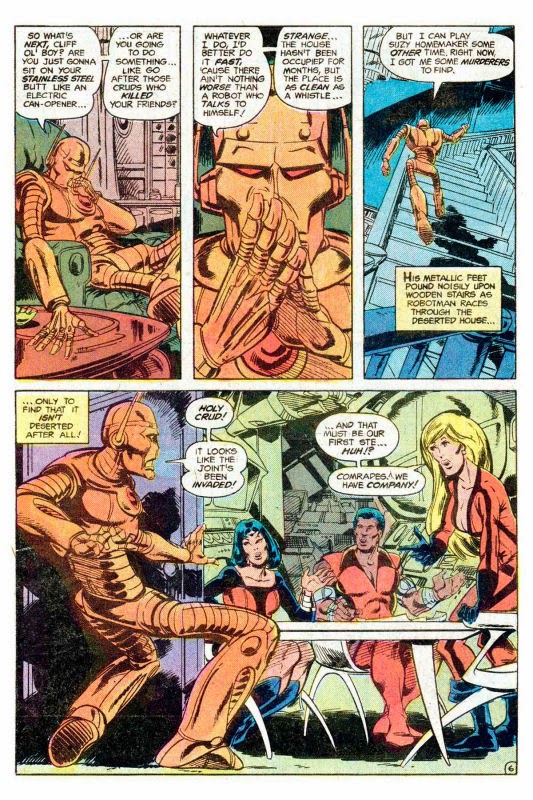 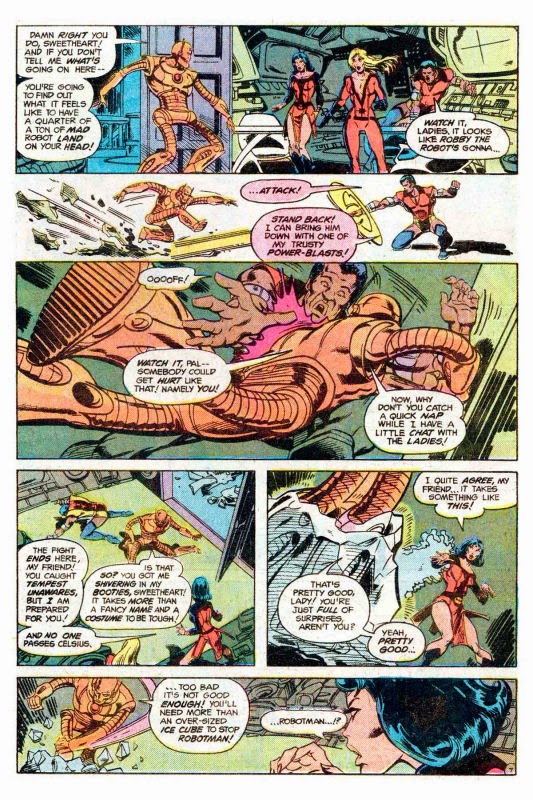 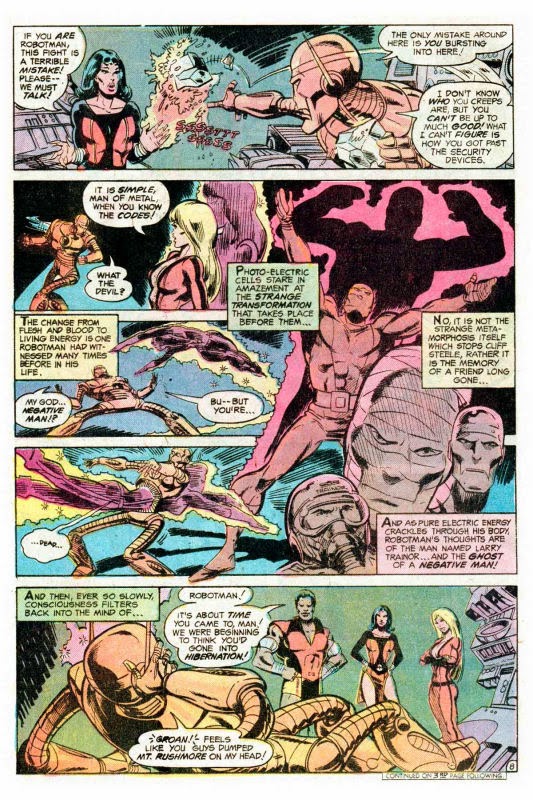 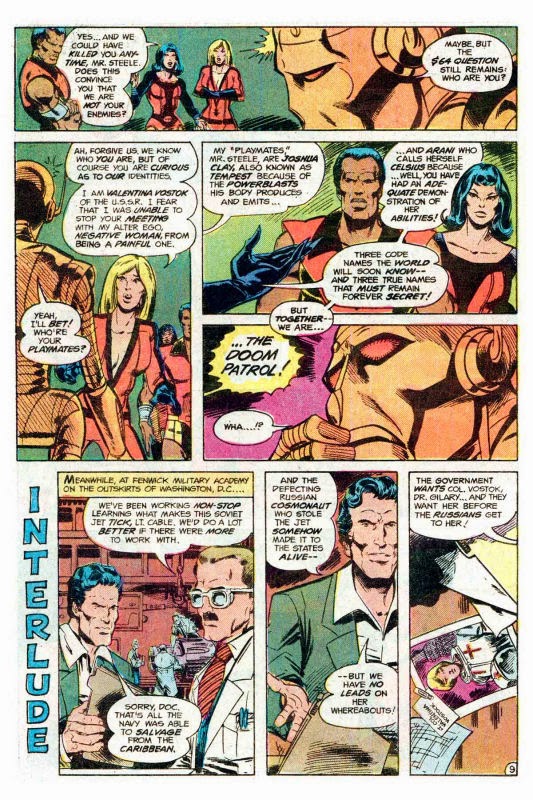 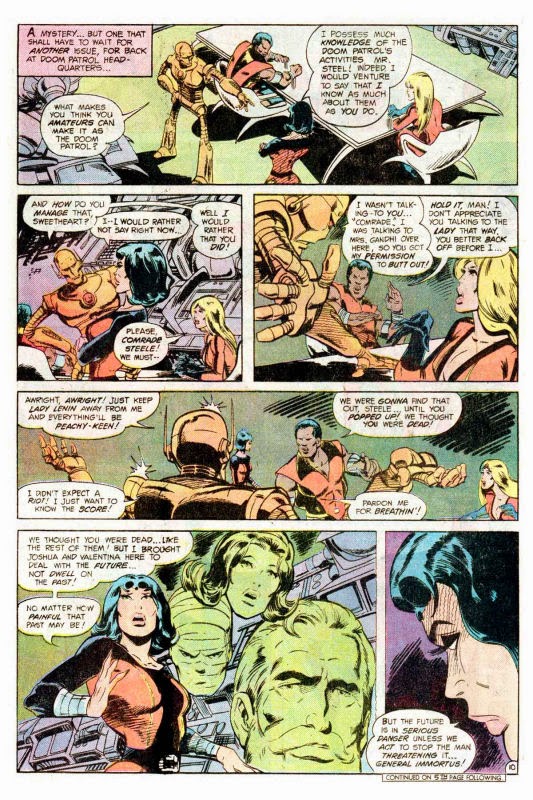 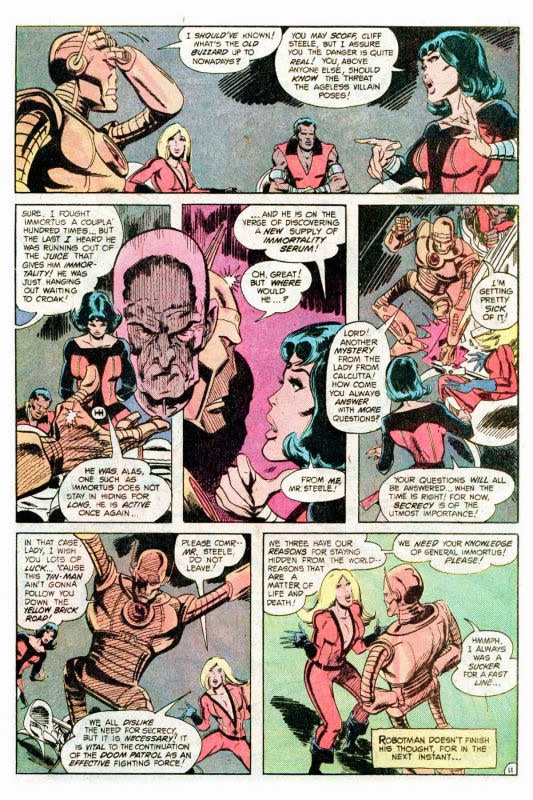 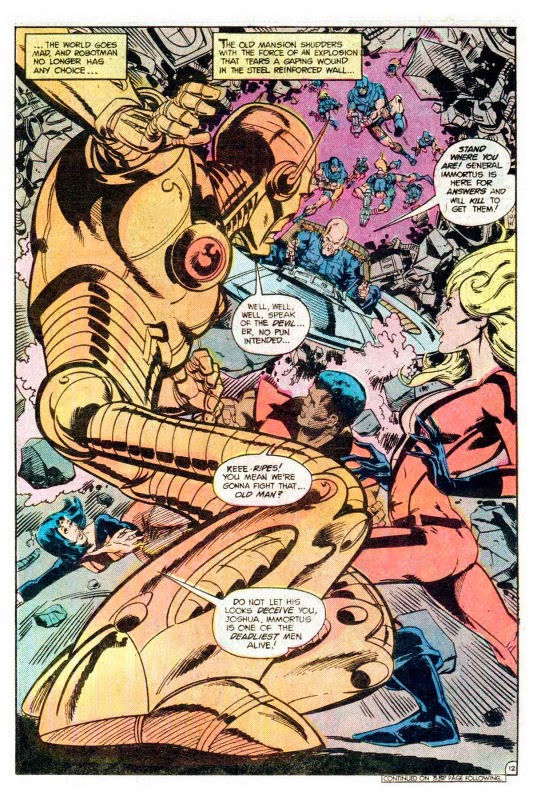 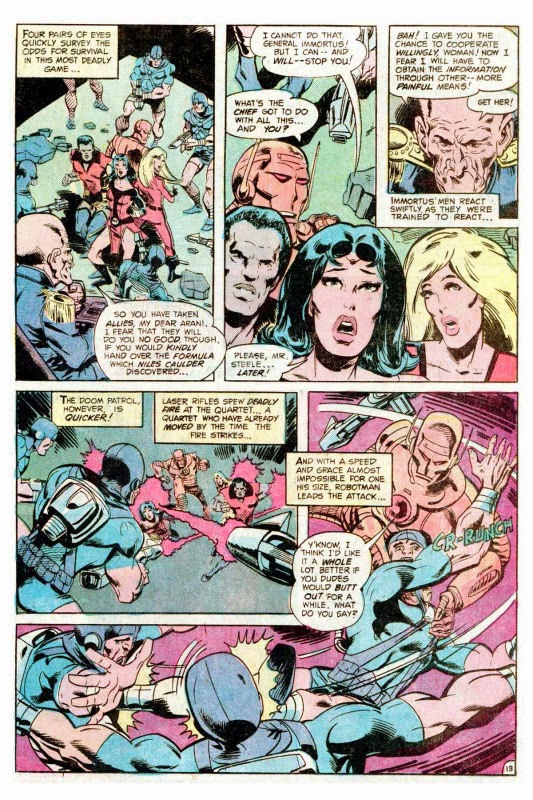 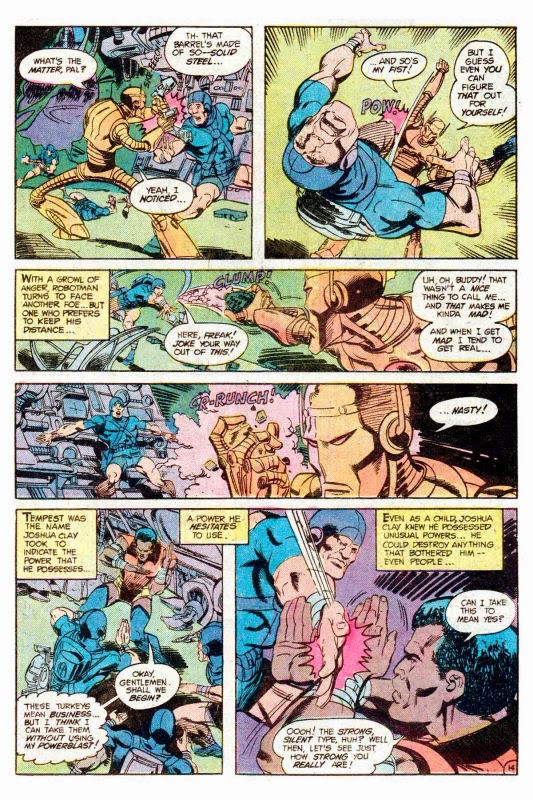 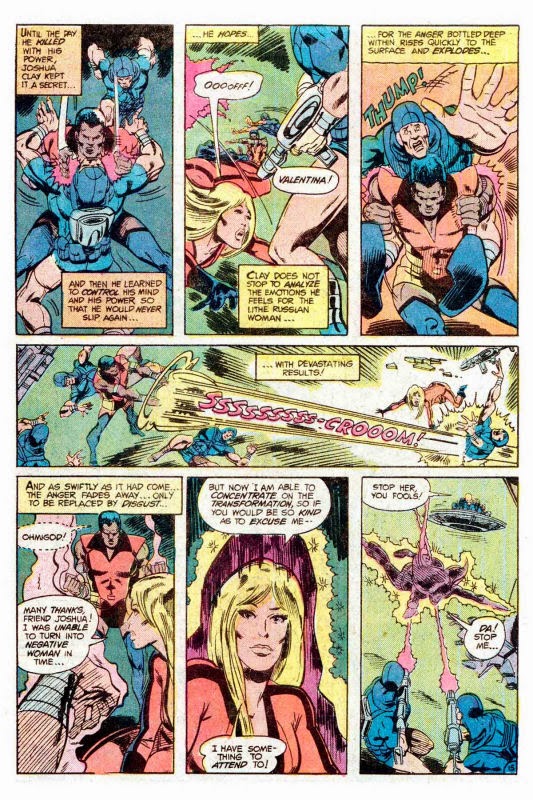 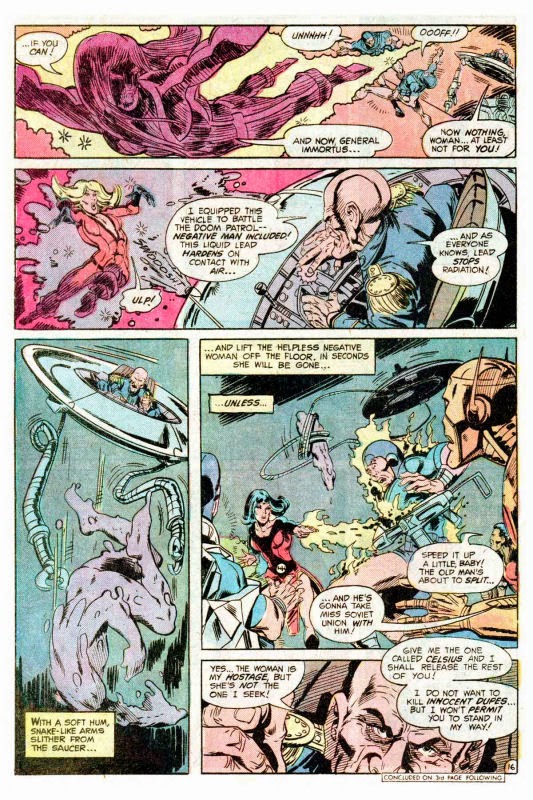 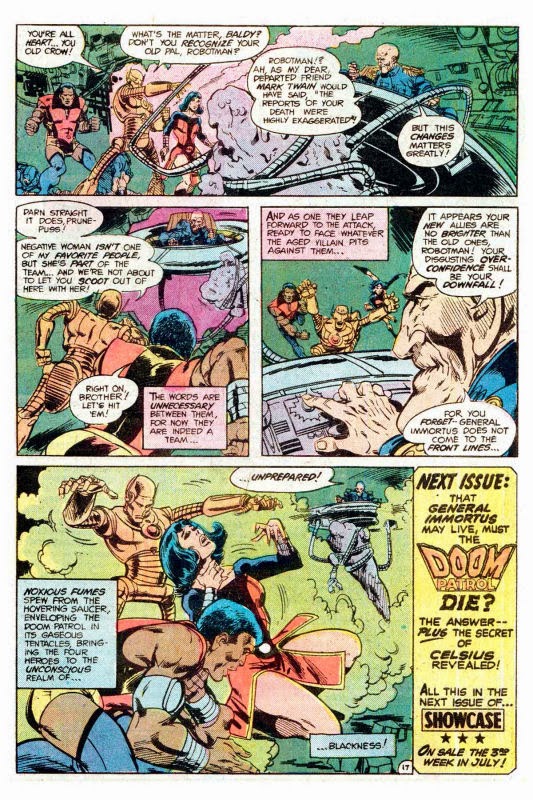