Dig it, Groove-ophiles! Ol' Groove's still in a Fourth World mood, so we're gonna plant our peepers on some sizzlin' splashes from the post-Kirby run of Mister Miracle, namely issues 19-25 (June 1977-May 1978). Issues 19-22 were written by Steve Englehart (he used his pen-name of John Harkness with his final ish, #22) with art by the a-freakin'-mazing Marshall Rogers (aided by a plethora of inkers). With ish #23, Steve Gerber came aboard as writer, joined by yet another a-freakin'-mazing penciler Michael Golden (inked, strangely enough, by Joe Giella, who was replaced by the much more suitable Russ Heath for the final two stories). While both Rogers and Golden's styles were miles away from The King's, they totally knocked their issues outta the park, baby! The proof lies below... 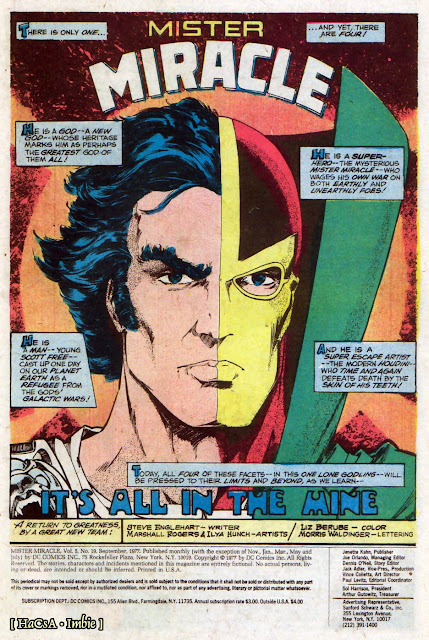 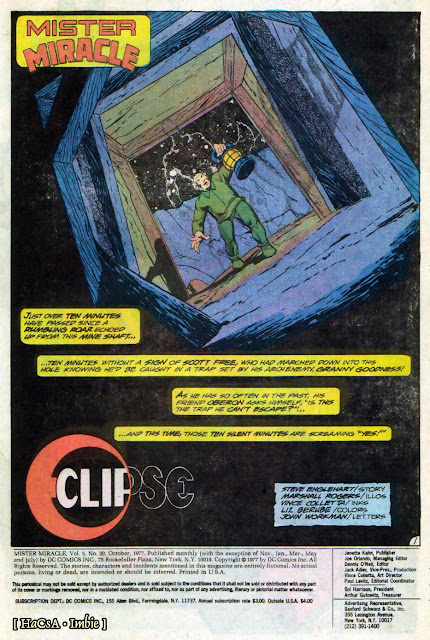 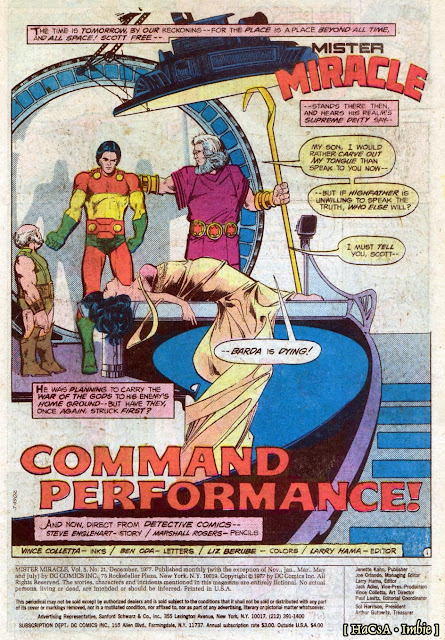 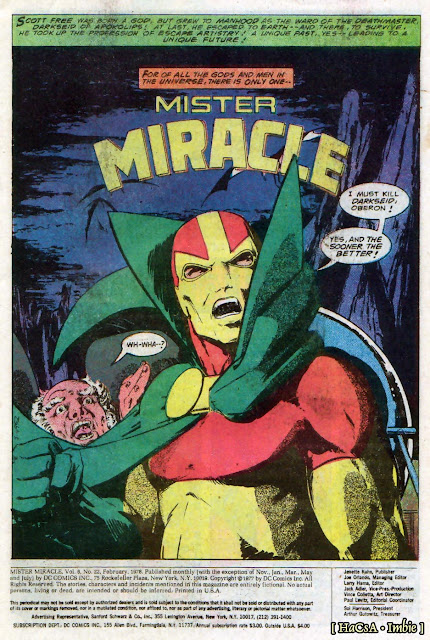 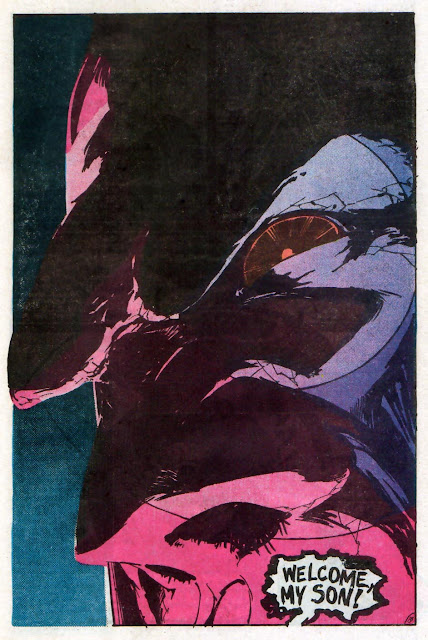 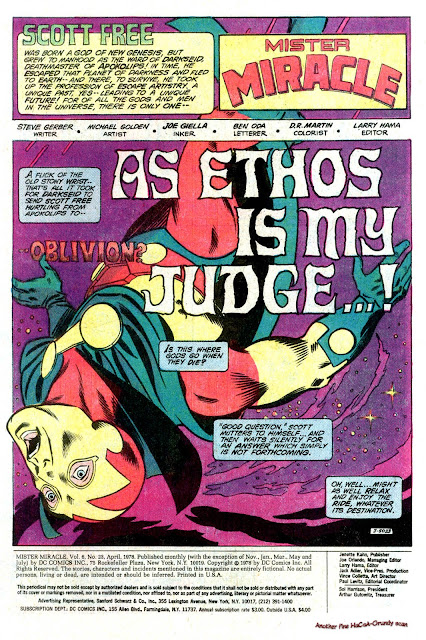 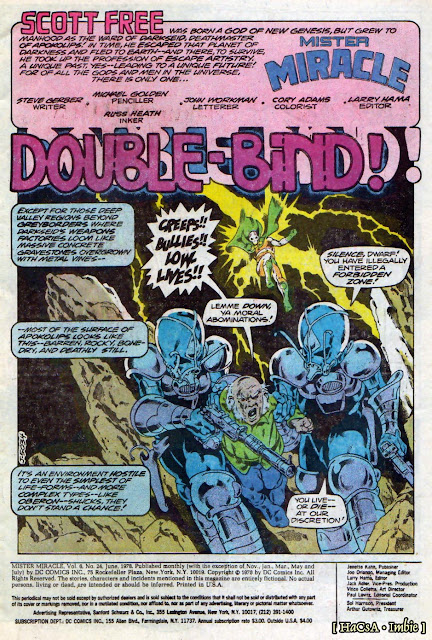 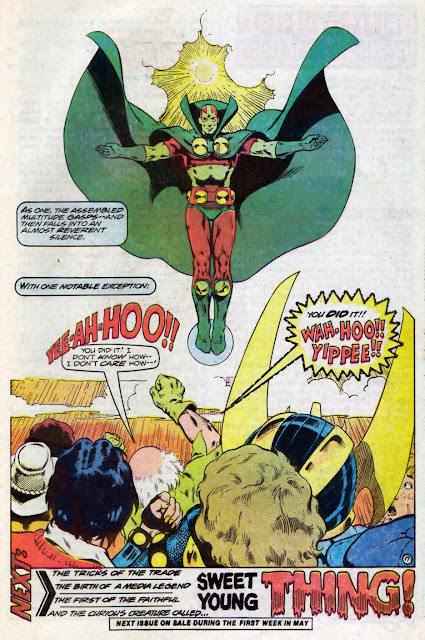 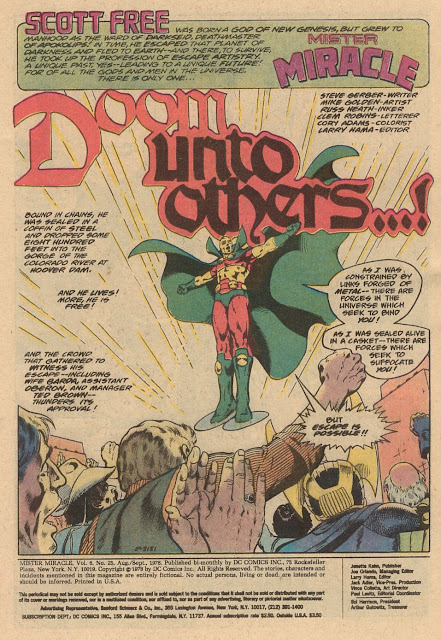