They Just Don't Make Comics Like That Any More--Or Do They? Charlton Neo

Check it out, Groove-ophiles! Another new department for the Diversions! We look at the classic comics presented here on the Diversions and sigh and say, "They don't make comics like that anymore." Well, that's not necessarily true, and that's what this new department is all about. Read on, MacDuff! 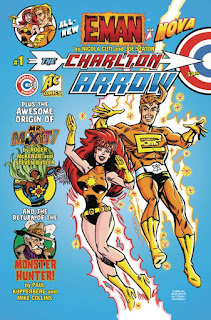 We love the comics of the 1970s, there is no doubt. The best comics ever! But...did you know there is a movement to re-capture the joy and fun of the Groovy Age? Marvel and DC may pretend they want to go back from time to time, but they won't do it. No, if you want new comics to scratch that Groovy Age itch, you've gotta check out the indie scene. And there's no indie outfit that's any more far-out, groovy, and Bronze-Agey than Charlton Neo! 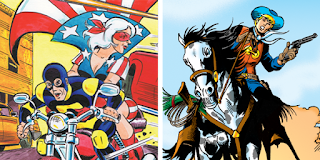 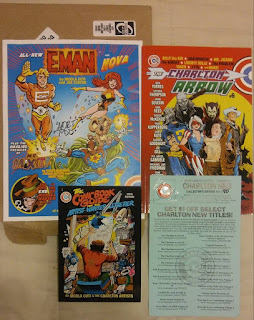 Yeah, Charlton Neo's  been going strong for almost three years now, and it's getting even bigger, because they've partnered with AC Comics in order to get distribution via Diamond. That's right, baby! Starting this fall (and in previews right now!), you can get your hands on Charlton Arrow at your local comics shop! They've decided to end Charlton Arrow Volume 1 with issue 6 (which is out right now and it's AWESOME), and start with a Volume 2 issue 1. But this isn't just some kind of marketing ploy. Besides the AC/Diamond deal, the new Arrow is going to feature the RETURN OF E-MAN (by Nick Cuti and Joe Staton!), as well as the return of Colonel Whiteshroud, Monster Hunter (by Paul Kupperberg and Mike Collins), and the debut of a brand new hero, Mr. Mixit by Roger McKenzie and Steven Butler! Plus there's gonna be tons more stuff that you're going to shed tears of joy over! 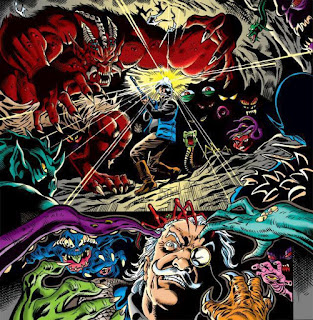 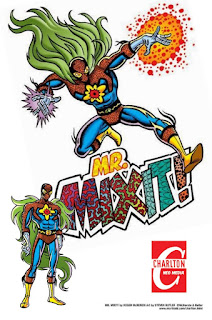 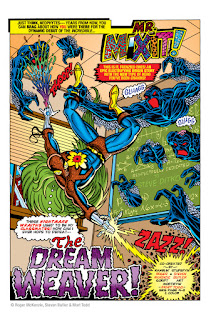 So the secret's out, and you need to get on board, Groove-ophiles! Charlton Neo's making comics that you're gonna love. You'll be thanking Ol' Groove later for turning you on to all this fab-a-mundo comicbook wonderment!

And you can say "thank you" by rewarding yourself with this Charlton Neo publication slated for 2018...