Check it out, Groove-ophiles! Believe it or not, Ol' Groove has been to only one (!) comicbook convention in my life (that's what I get for living out in the boonies--literally, Daniel Boone Memorial Park is just out the road...), and that was last September's Cincinnati Comic Book Expo. I didn't get Stan Lee's autograph (but I did manage to snap a blurry pic before security tried to nab my phone), but I did get to meet Neal Adams and get him to autograph my copies of Avengers 93 and Batman 232. My favorite moment, though, was just walking up to Frank Brunner who was sitting alone at his table drawing away. I asked him if I could shake his hand and thanked him for all the cool comics he'd drawn that I loved so much, especially Dr. Strange. I got to tell him that the work he and Steve Englehart did on Doc "Totally blew my nine-year-old mind!" Then the real moment came: as soon as I said that, Frank's eyes slowly widened as what I'd said sank in. He replied, "You were reading that stuff when you were NINE?" "Well," said I, "I didn't say I understood it!" We had a great laugh and it was a cool moment. So when Ol' Groove set his thinking cap for something cool this Wednesday, that conversation and Brunner's kaptivating and kosmik art came swiftly to mind. Here are some exquisite examples yers trooly managed to steal--er--scavenge from the InterWebs... 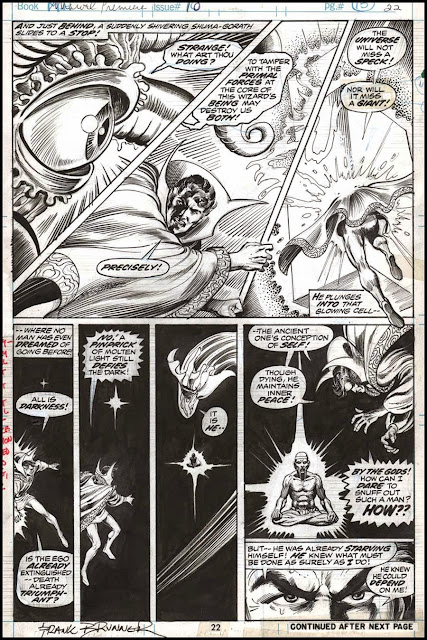 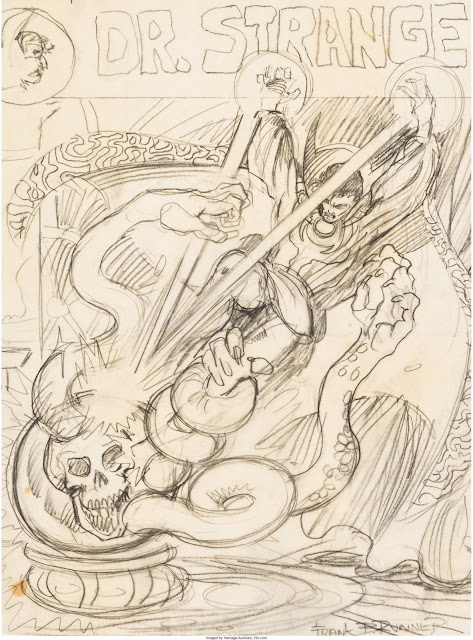 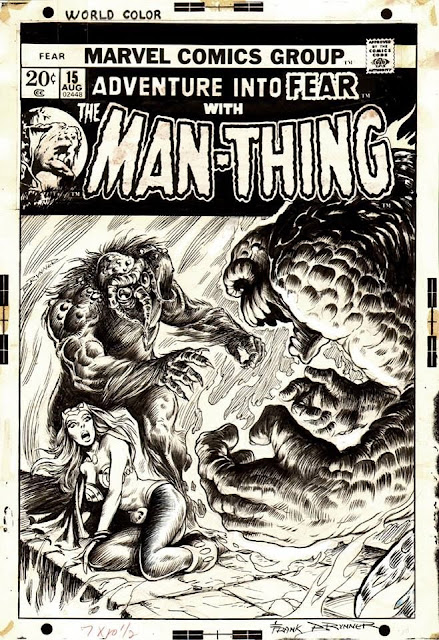 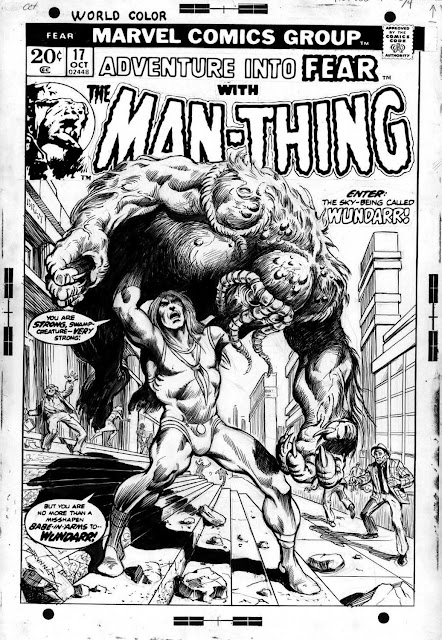 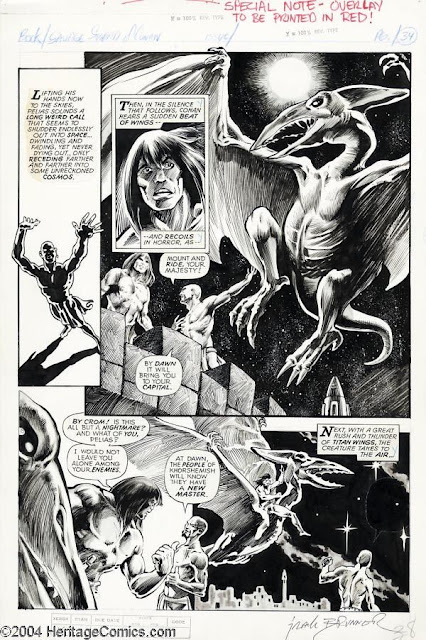