Dig it, Groove-ophiles! Dunno why Ol' Groove hasn't done this post already, but here it is! Since we're still celebrating the release of X-Men: Apocalypse, and since some of the original team-members look to be featured so prominently (although, as usual, in altered states), I've got an excuse to make up for my past errors! (Like Ol' Groove needs an excuse to run Jim Steranko X-Men art!) Steranko only drew two issues of the X-Men (inked by John Tartaglione), but he left his mark with his costume design for Lorna Dane and the extremely long-lived X-Men logo (which you can see on two of his three covers, right here). Legend has it that Steranko wasn't crazy about working on the Merry Mutants' mag (it was said to have been Marvel's lowest-selling superhero mag at the time), but aside from the credit-line on issue #51, you could fool moi! Ahem, you're not here to listen to Ol' Groove ramble, are ya? Of course you're not! Here are the big, bold full-and-double-paged Steranko masterpieces from X-Men issues 50-51 (August-September 1968)! 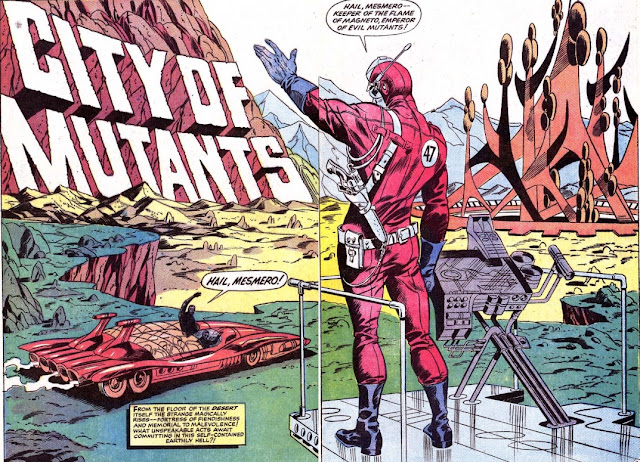 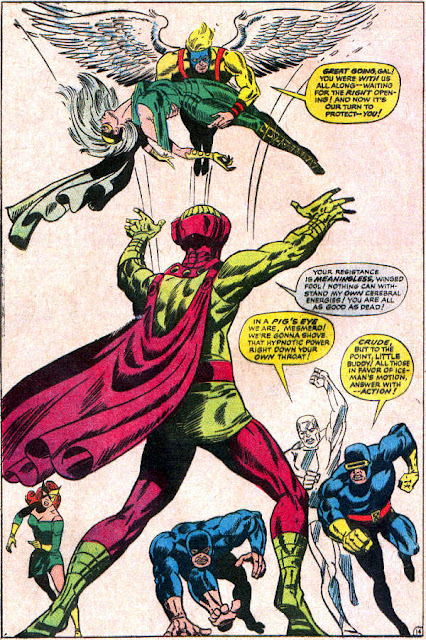 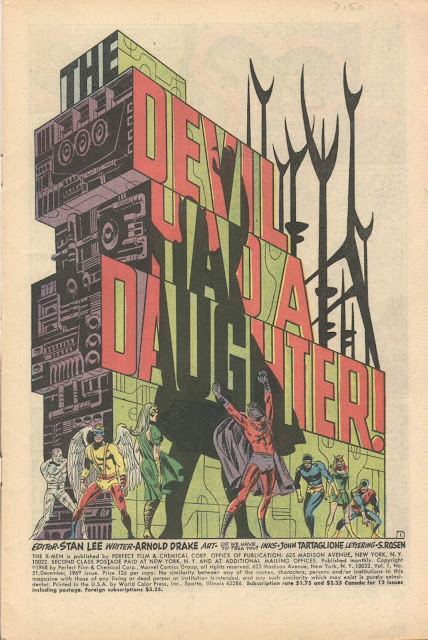