Groove's Countdown: The Top 5 Marvel/DC Should-Have-Beens of the Groovy Age

Let's kick off our fourth year with something new, Groove-ophiles! We all love countdowns, don't we? Ol' Groove has loved 'em ever since he discovered Casey Kasem counting down the pop-rock hits on his weekly Top 40 radio show. Now, I ain't planning to count down 40 of anything (yet), but for today, I do plan a top five countdown of Marvel and DC characters who should have gone on to be long-running superstars instead of one-shot duds.

So welcome to this week's countdown, Groove-ophiles as we count down...The Top Five Marvel/DC Should-Have-Beens of the Groovy Age!

5. Seeker 3000 made its one and only Groovy Age appearance in Marvel Premiere #41 (January 1978). Created by writer Doug Moench with art by Tom Sutton (do I remember reading cover artist Dave Cockrum designed the costumes and ship?) as Marvel's answer to Star Trek, this "hard" sci-fi strip could have been a contender. A multi-cultural cast of astronauts who are "...forced to depart a doomed earth and find new salvation for humankind in the stars" sounds kinda like Star Trek on steroids, but with Moench at the writing helm, I'm betting this series could have been an excellent vehicle for him to tackle the humanistic issues and adult characterization he was famous for on Master of Kung Fu. The concept was revived in a mini-series a few years ago, but it, too, was doomed to oblivion. 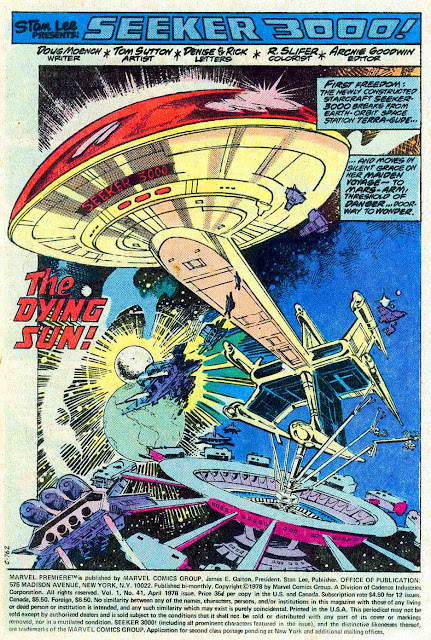 4. Starman was a "grand old name" at DC even back in 1975, so it was a no-brainer for creators Gerry Conway and Mike Vosburg to infuse new life in it. And with cosmic comics like Captain Marvel, Warlock, and Guardians of the Galaxy doing fairly well at Marvel, it was high-time DC got into the space-born super-hero game. Blue-skinned Mikaal Tomas had a unique look, a cool weapon (the pendent always reminded me of Prince Planet), and an intriguing back-story. The one-and-only Starman saga in 1st Issue Special #12 (December 1976) ended with a cliff-hanger and had Young Groove hankerin' for more--but alas, t'was not to be. It's a shame, because it seemed like Conway was using the Captain Marvel template (alien from warrior world trying to save earth from annihilation) and mixing in the down-and-dirty street vibe of Omega the Unknown to create something that could have been special. The character was tweaked and revived in the 90s Starman mag. 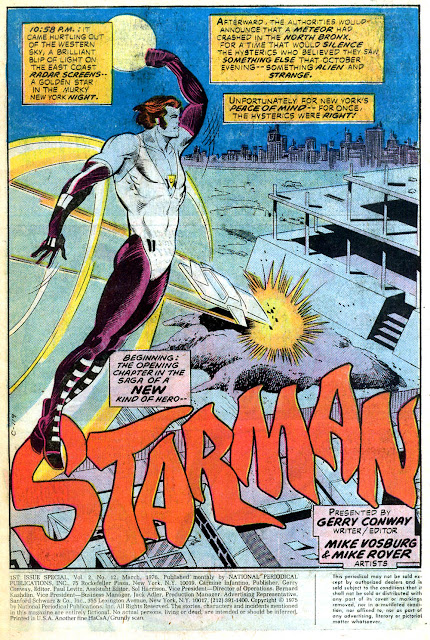 3. Woodgod from Marvel Premiere #31 (May 1976) is one of the wildest concepts to have come out of the 1970s (or any decade for that matter). A Frankenstein-style creature who looked like a mythical being but created in a sci-fi setting was enough to garner interest, but add in the child-like (okay, Hulk-like) temperament and power? Woodgod could have taken the misunderstood-monster-on-the-run schtick  into places the more conventional Jade Jaws could never have gone. Heck, most of us FOOMers would have bought a Woodgod mag for the Keith Giffen/Klaus Janson art alone, with creator/writer Bill Mantlo's mondo-freaky concepts being the icing on the cake. Mantlo would revive Woodgod in the pages of (where else?) Incredible Hulk in the early 1980s, but by then he had a very different vision for the character. 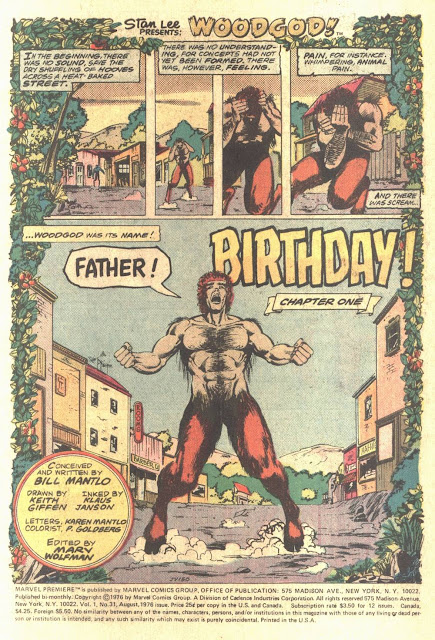 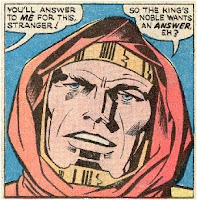 2. Atlas the Great was one of the last koncepts kreated by Jack "King" Kirby for his tenure at DC. Appearing in the first issue of 1st Issue Special (yeah, only in the Groovy Age, baby!), Atlas combined a lot of Kirby's Fourth World ideas with his future worlds of Kamandi and Omac and added a dose of (can you believe it?) Conan the Barbarian. Atlas could have been a truly mind-blowing series but for a few factors stacked with the weight of a dozen elephants against it:
Can you imagine, though, what David Michelenie and an artist like Keith Giffen (him again?) or Marshall Rogers could have done with Atlas? DC did finally revive Atlas the Great a few scant years ago--with the obligatory concept-tweaking--as a villain for Superman. Yeah, Superman. 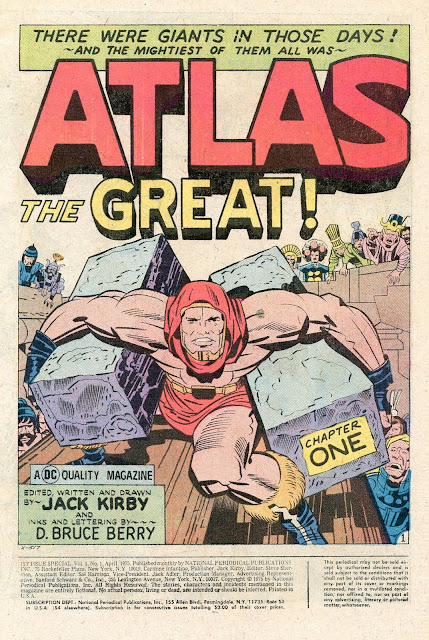 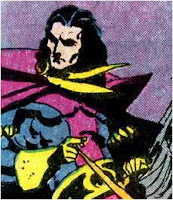 1. Monark Starstalker should have become a superstar just based on the name alone. Created by Howard Chaykin for Marvel Premiere #32 (June 1976), Monark Starstalker was the bridge built from Chaykin's Iron Wolf  for DC and his  "ground-level" hero (for Star*Reach, natch) Cody Starbuck that lead to his most successful creation, American Flagg. With each character, Chaykin was slowly jettisoning any fantasy elements, bringing his vision of the future a more traditional sci-fi edge. He was also toning things down a bit, conceptually, from galaxy-spanning to planet hopping. He kept the things that made his stories edgy--especially the politics and the sexiness--and grounded MS with touches of the Old West and the hedonistic society he saw in our world's future. Monark himself was a bit of a departure from Chaykin's other heroes in his ethnicity and maturity, being the most businesslike and serious of Chaykin's usually devil-may-care heroes. So with all of Chaykin's talent and careful planning behind crafting Monark Starstalker and his world, why did he and Marvel so quickly abandon such an original and potentially successful hero? Ol' Groove believes it might have had something to do with a dude named George Lucas wanting Chaykin to draw the adaptation of his upcoming flick...

Marvel finally brought Monark Starstalker back recently in an issue of Nova, but Chaykin wasn't involved in it. Maybe now that Chaykin is at Marvel MS could get another chance? Hmmmm... 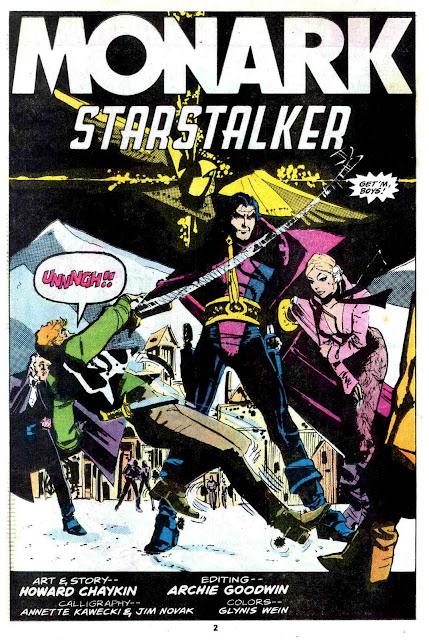 That's Ol' Groove's Top 5, Groove-ophiles! Agree? Disagree? Who would you put in your Top 5?
Posted by The Groovy Agent at 12:02 AM