What it is, Groove-ophiles! There's no doubt that the great Jim Aparo is high on most everyone's list of greatest Groovy Age Batman artists, based solely on his long and far-out run on Brave and the Bold. However, there were a few occasions on which Mr. Aparo was allowed to strut his penciling stuff on some solo Bat-tales. Not a lot, but enough to make you want more (which we finally got in the 1980s). Wanna see the splashes for 'em? Yeah, I thought you might! Well, heeeEEEAR they are! 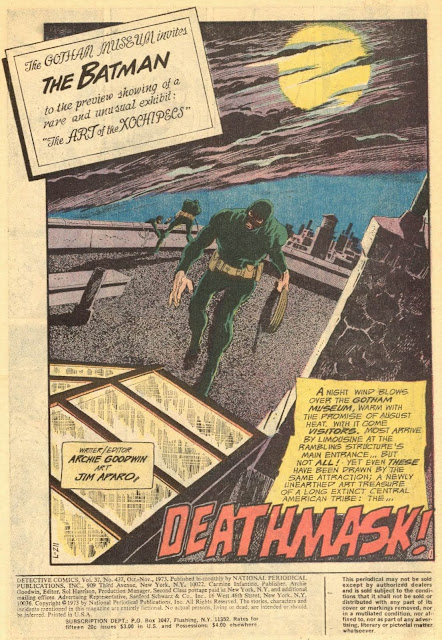 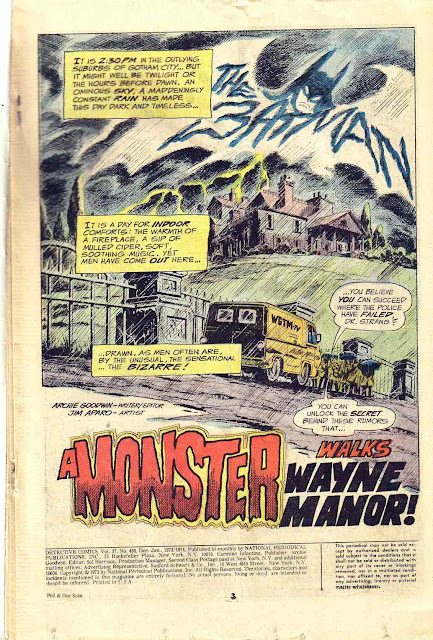 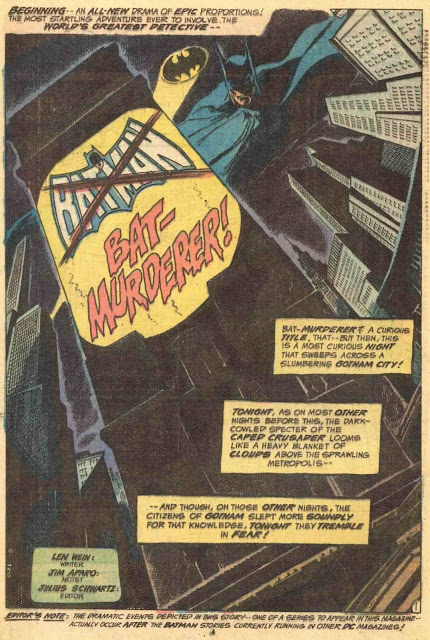 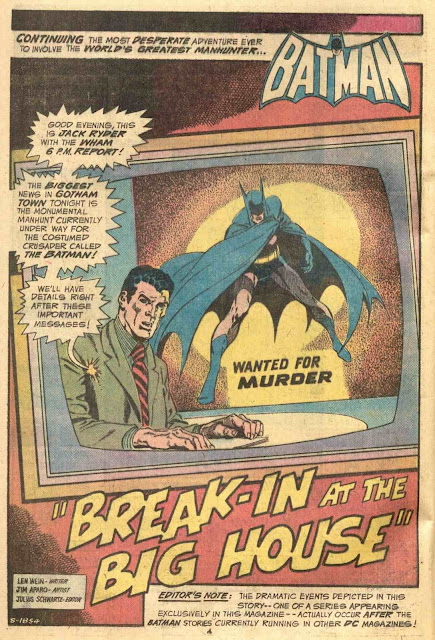 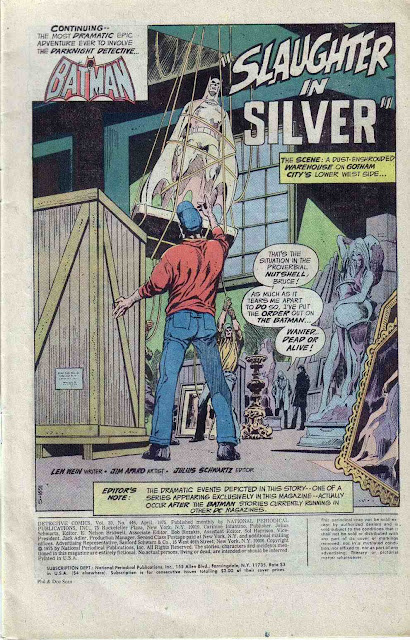 ...And one from Batman Family #17 (January 1978) with Gerry Conway! (Okay, so it's not technically a solo tale--but really, would you have wanted Ol' Groove to have left this one out?) 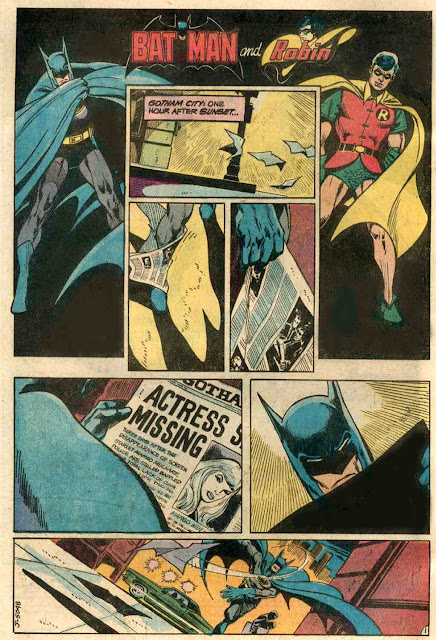