ITEM! Groove-dom is such a great place. We've got die-hard fans, casual readers, life-time fans, young whippersnappers, guys, gals, a few aliens, and quite a few comicbook pros populating the FOOG army. Ya know Ol' Groove loves, loves, loves ya! I also know that you're a great, giving bunch who would go the extra mile for a fellow Groove-ophile--and that's just what I'm about to ask ya to do! Loston Wallace, artist and co-creator of Image's Lorna: Relic Wrangler has come upon some hard times. His wife has been hit with breast cancer, so Mr. Wallace is wrangling up all the commission work he can to help offset the cost of the surgeries and treatments she'll have to undergo. Loston's not asking for hand-outs (though I'm sure he'd be tickled with any financial help he can get!), he's working hard to pay the bills, and I hope as many of you as possible will contact Loston with some commission bucks! Just so you can see for yourself how far-out his art is, here are a few samples of some commissions Loston's produced lately... 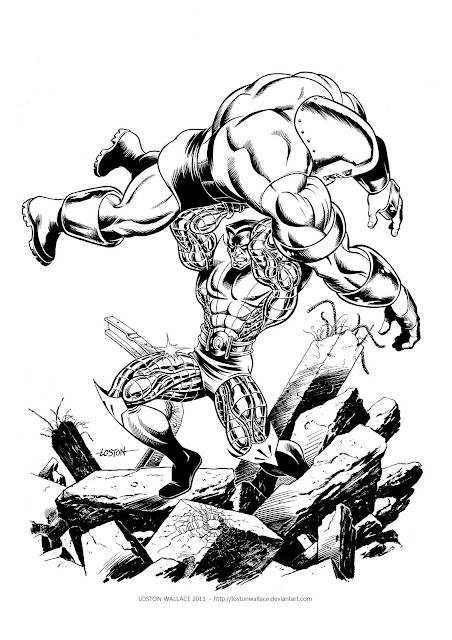 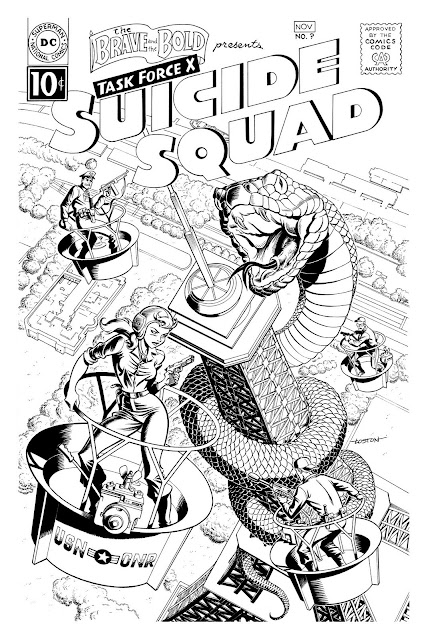 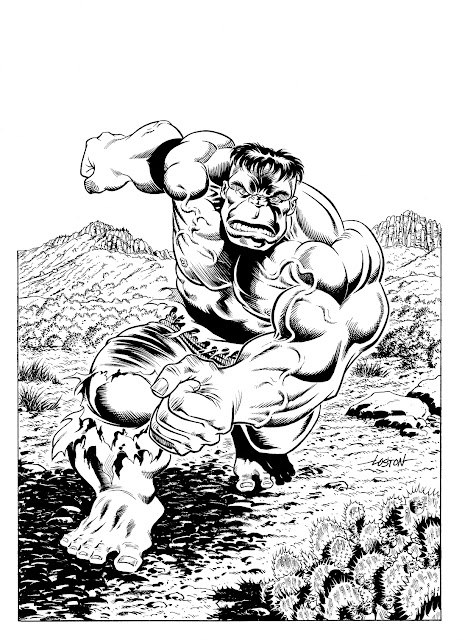 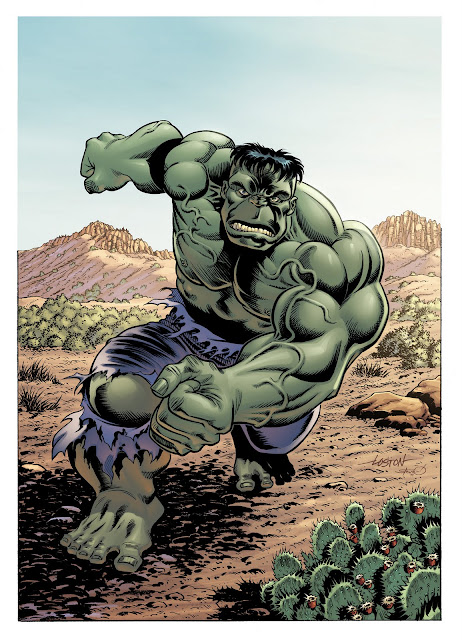 I know things are tight, but man, wouldn't it be cool to have some great art and help a man take care of his brave and beautiful wife at the same time? E-mail Loston or contact him through his Deviant Art page asap, Groove-ophiles! That's Loston Wallace at loston@lostonwallace.com or http://lostonwallace.deviantart.com/

ITEM! You might have noticed a bit of cyber-sprucing going on over in the sidebars. (And we finally have a Facebook page!) Well, Ol' Groove's straightenning up the place a bit, getting it ready for our THIRD ANNIVERSARY coming up this Wednesday. Why the housekeeping? Well, let's just say we're gonna have a bit of a new look around here. Hopefully it'll make Groove City more fun and functional. It's gonna be far-out and funky--and I sure hope you'll dig it! Just for a taste of what's to come, here's what the new header is gonna look like...

ITEM! Can't get enough Captain America? The flick was far-out (four and a half out of five spangled stars on the Groove-O-Meter), and Ol' Groove's dying to see it for--yes--a third time! To hold us over until the next viewing, here are some more of Jack Kirby's Greatest Captain America hits, from Captain America issues 100-109! Oh, yeah, the words are by Stan Lee! Wah-HOO! 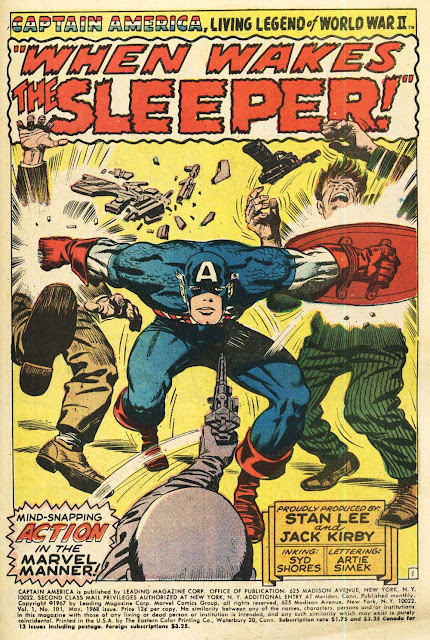 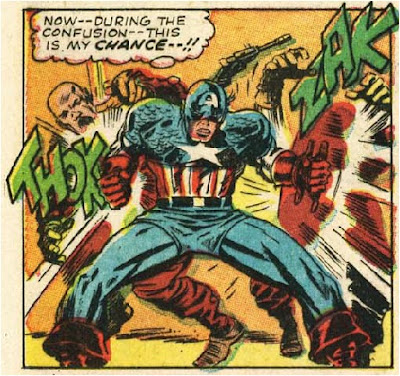 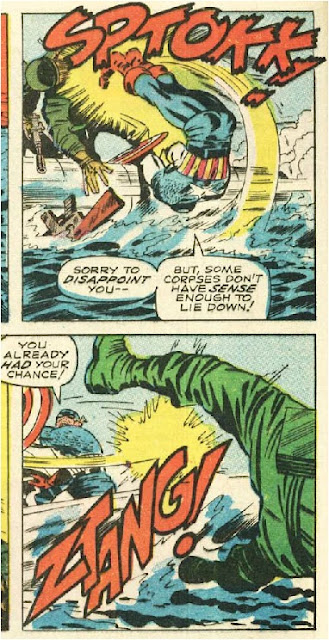 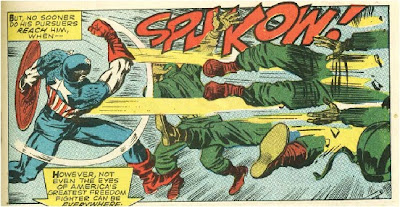 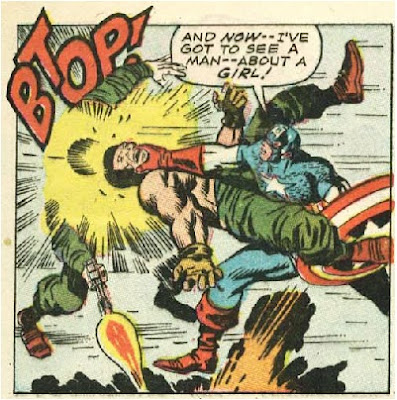 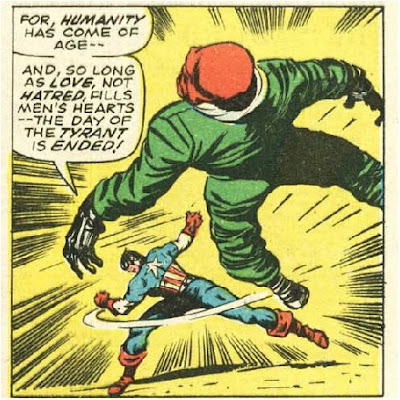 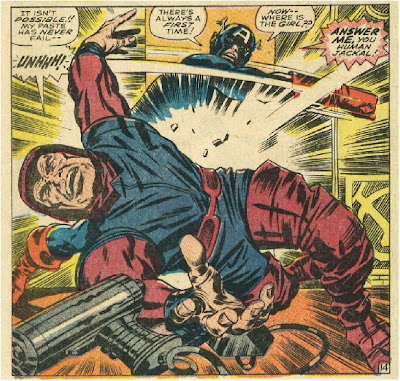 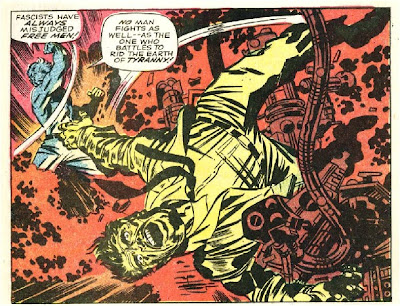