Halloween Week! Groove's Faves: "Eye of the Beholder" by Conway, Ploog, and Chiarmonte

HowOOOOOOOOOOO's it goin', Groove-ophiles! Halloween is Friday, so this week we're gonna focus on the spooky and the supernatural--well, more than usual--this week! Let's kick things off with one of Marvel's most successful supernatural characters--Werewolf by Night! Marvel's version of "I Was a Teen-Age Werewolf" was basically created by Roy Thomas and his then-wife Jean, then handed over to writer Gerry Conway and artist Mike Ploog for more development. After a short, successful run in Marvel Spotlight issues 2-4 (November 1971-March 1972), Jack Russell (yep, that was his name) was given his own mag in June, 1972, with the writer-artist team of Conway and Ploog intact.

Ol' Groove has to say right here, that while Tomb of Dracula, Man-Thing, and Ghost Rider get most of the press (they were the faves and the longest-running of the supernatural color mags), Werewolf by Night is my personal fave of 'em all. I always dug werewolf tales, and Ploog's hip, Will Eisner-inspired art just blew me away here. Later, when Doug Moench and Don Perlin settled in as regular creators, it was a thrill ride, too. Heck, WbN ran 43 issues (through December 1976)! Somebody was diggin' it with me! How cool was WbN? Check out this titanic tale from ish #1 for a taste and see what you think! 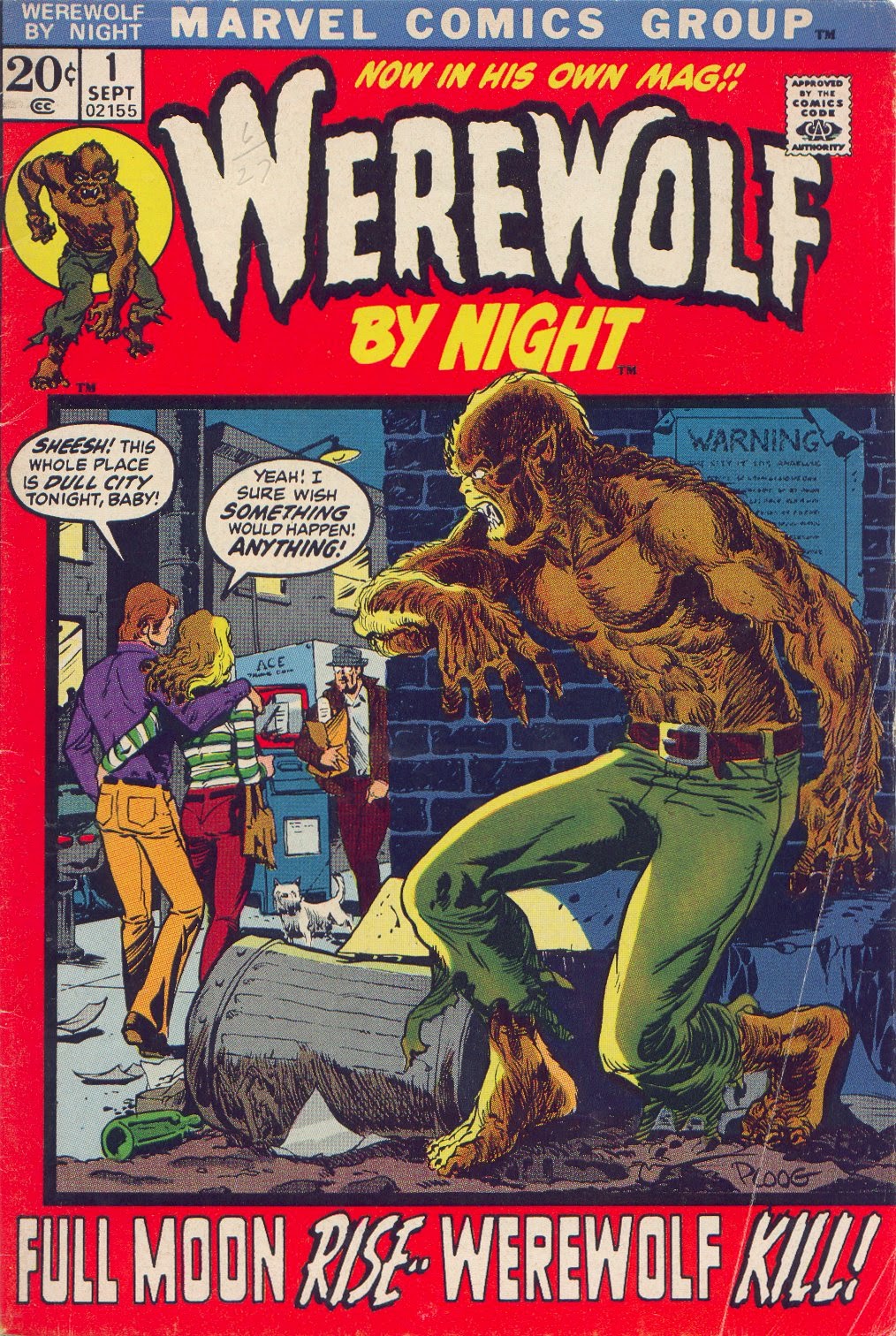 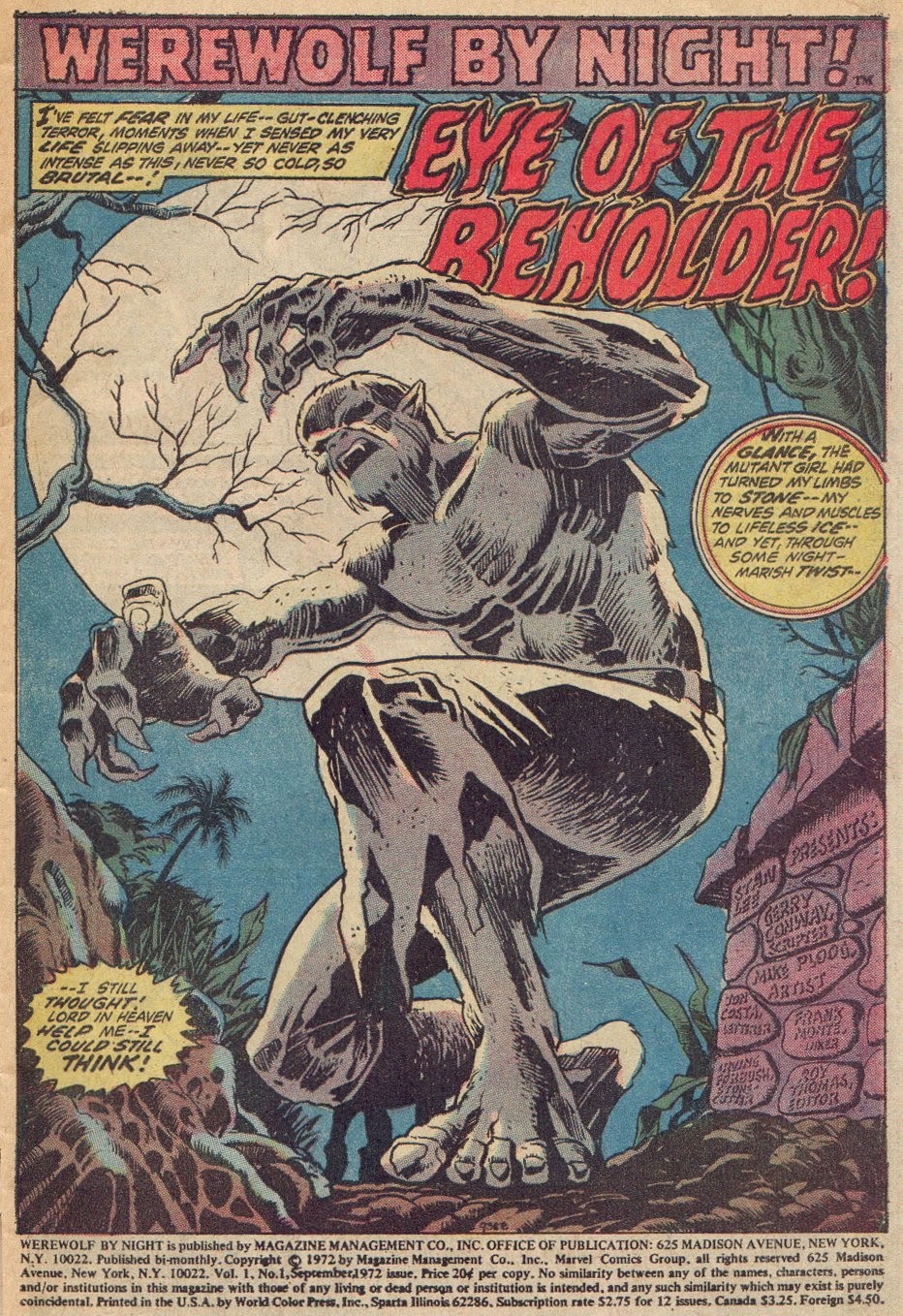 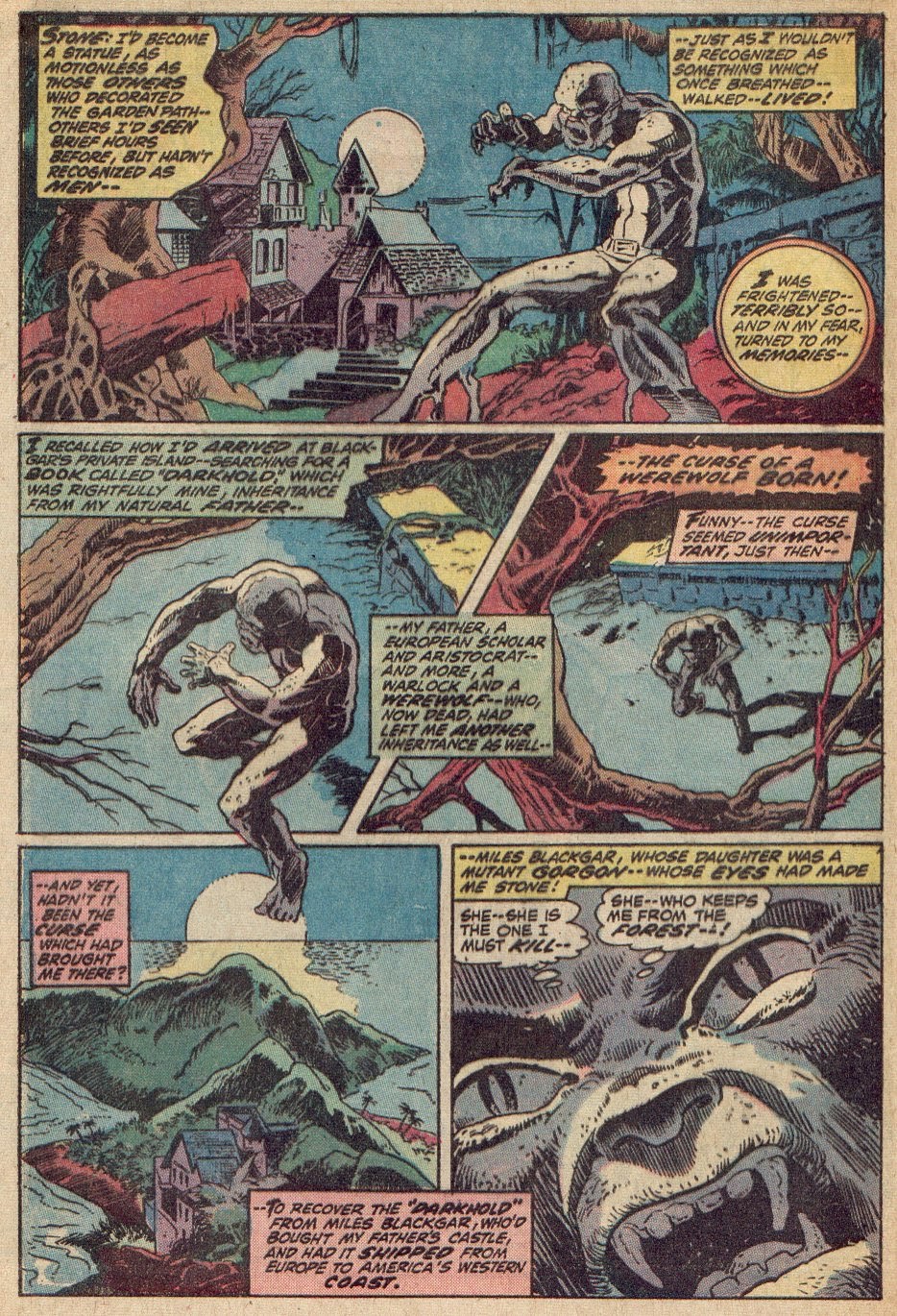 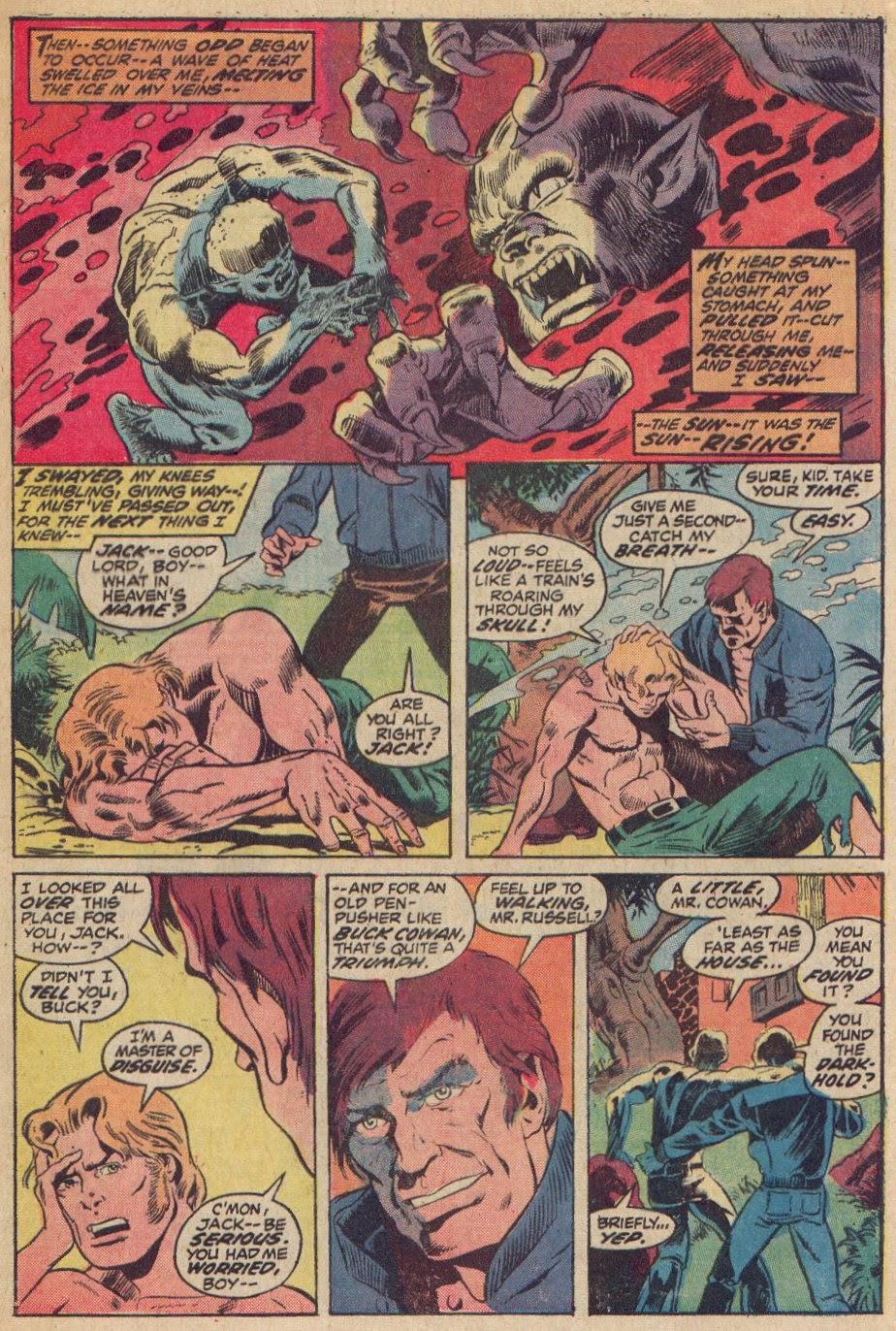 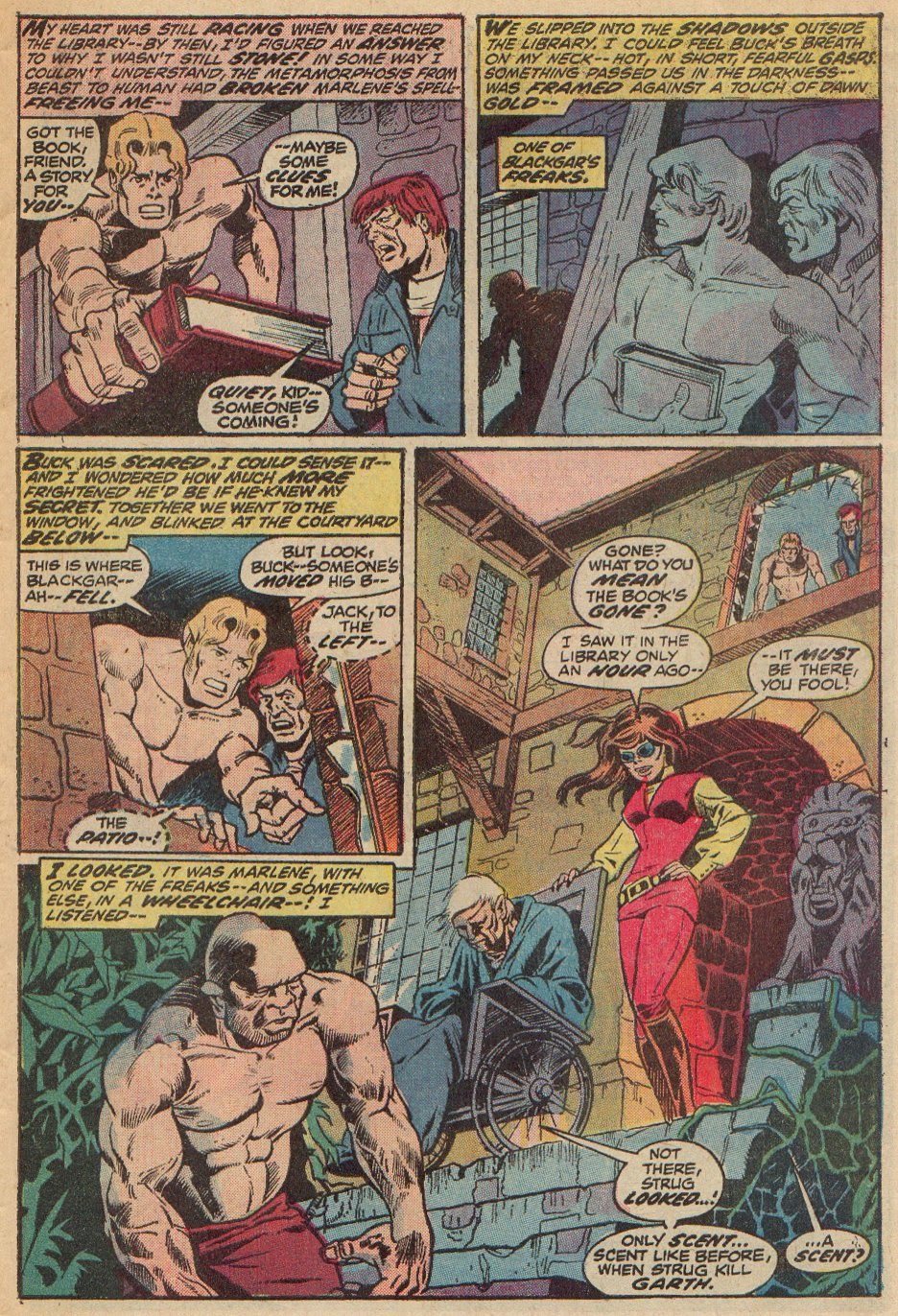 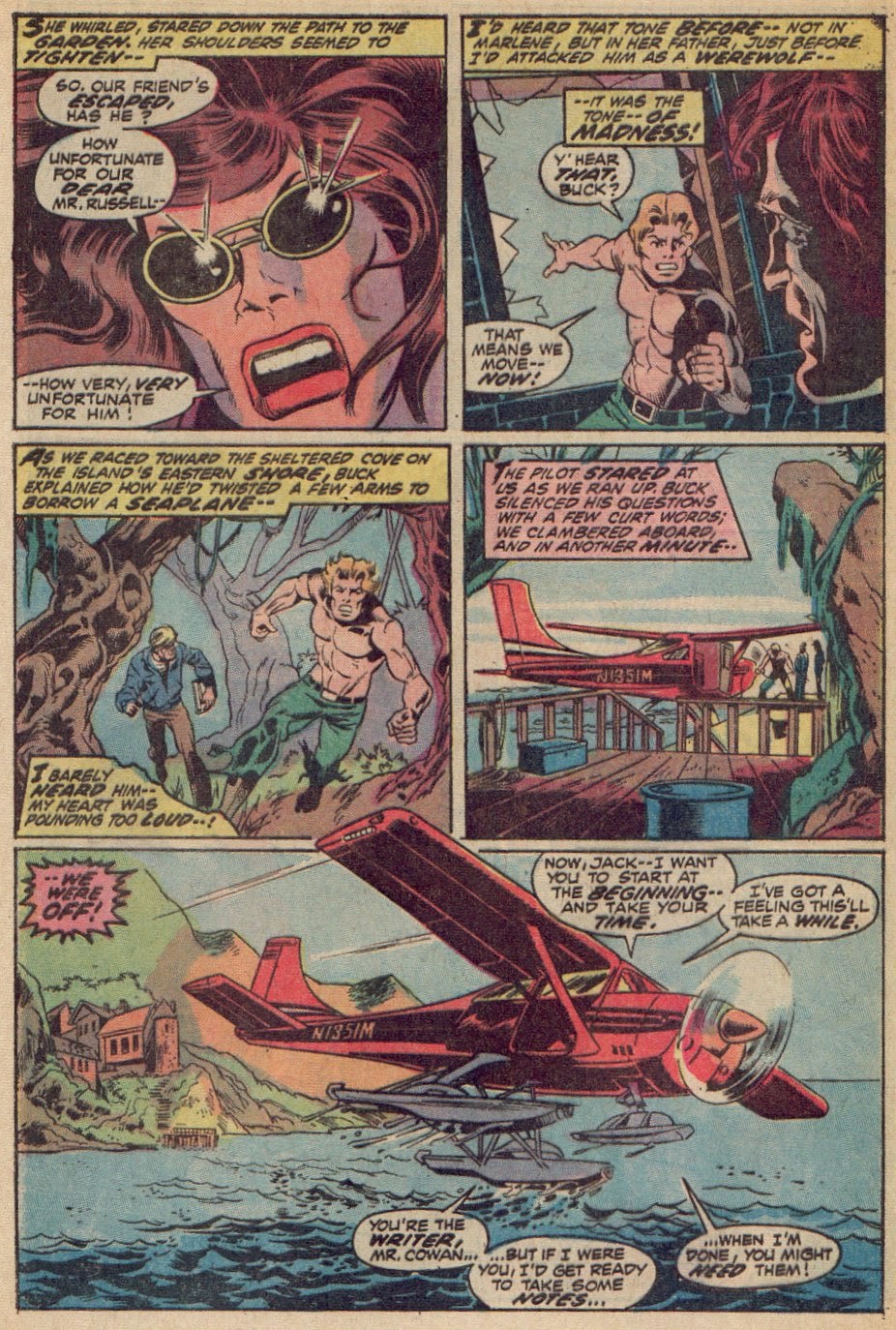 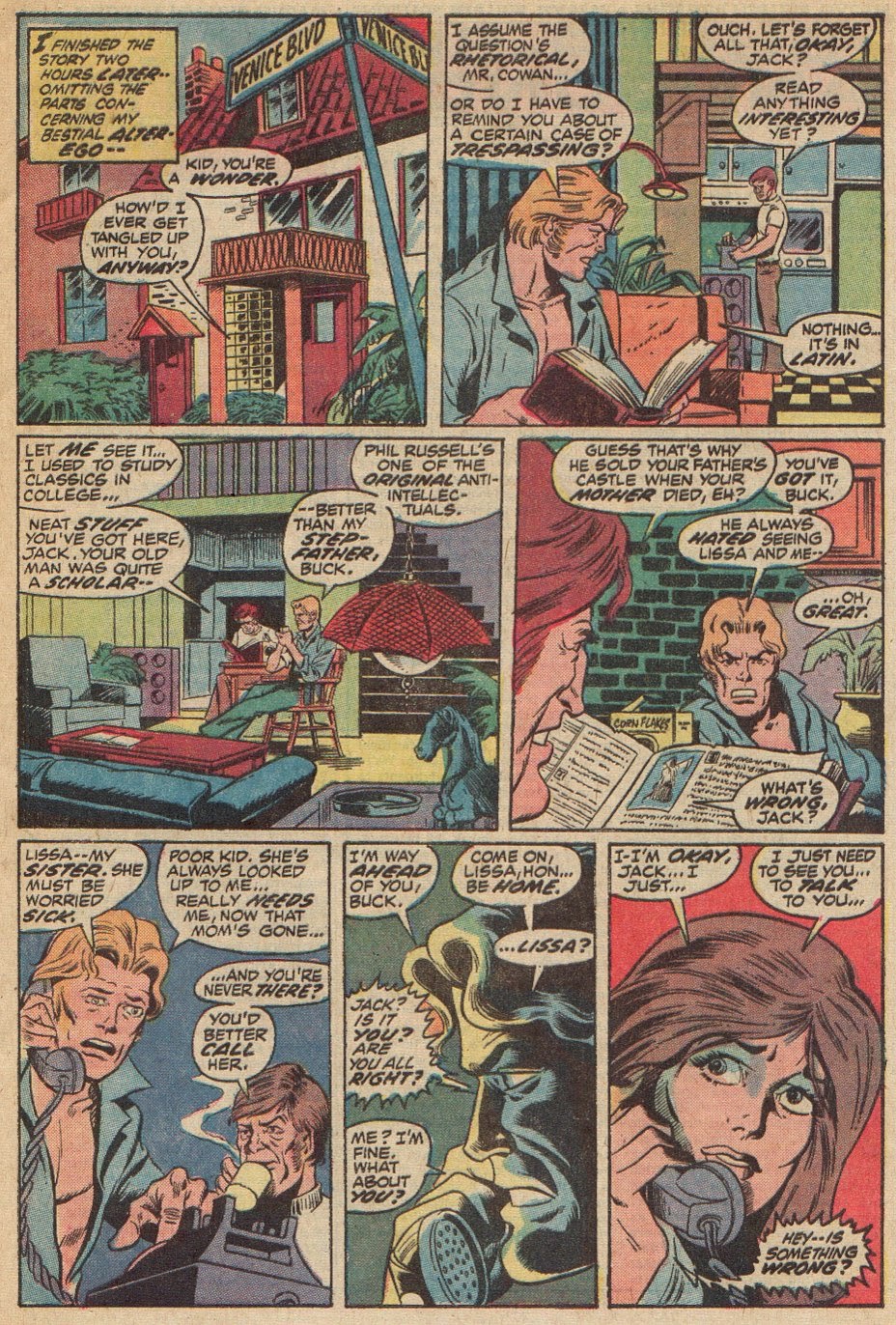 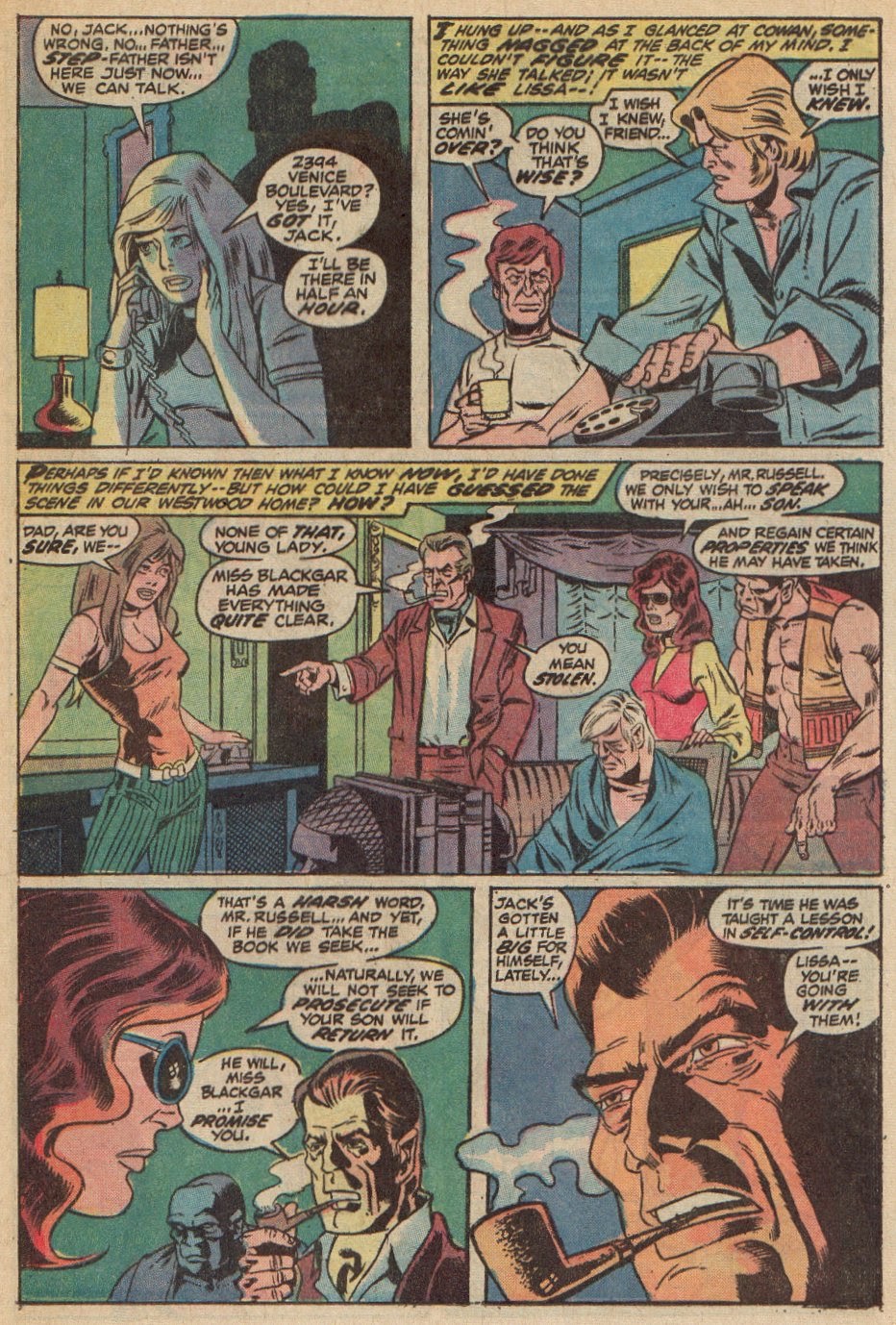 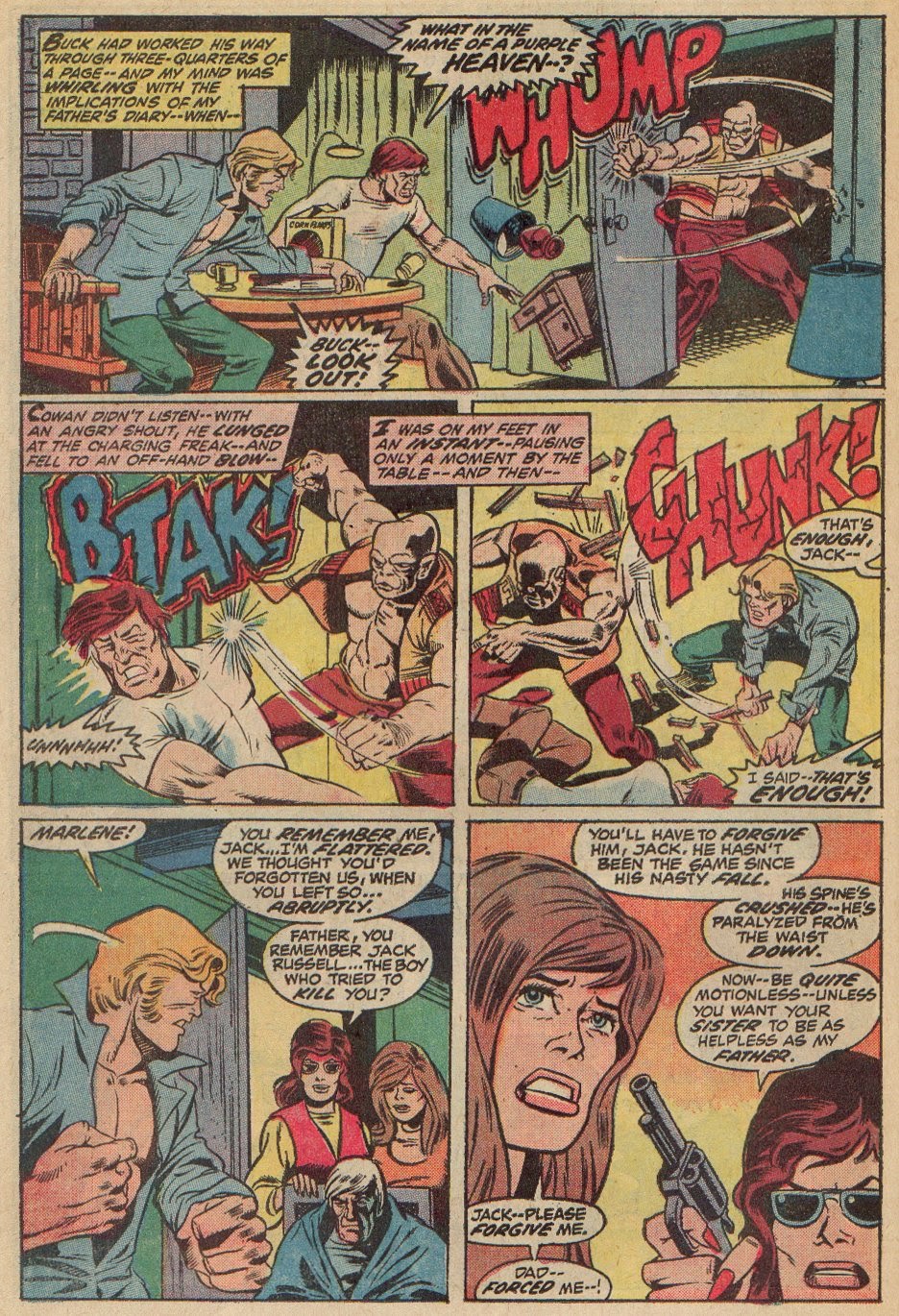 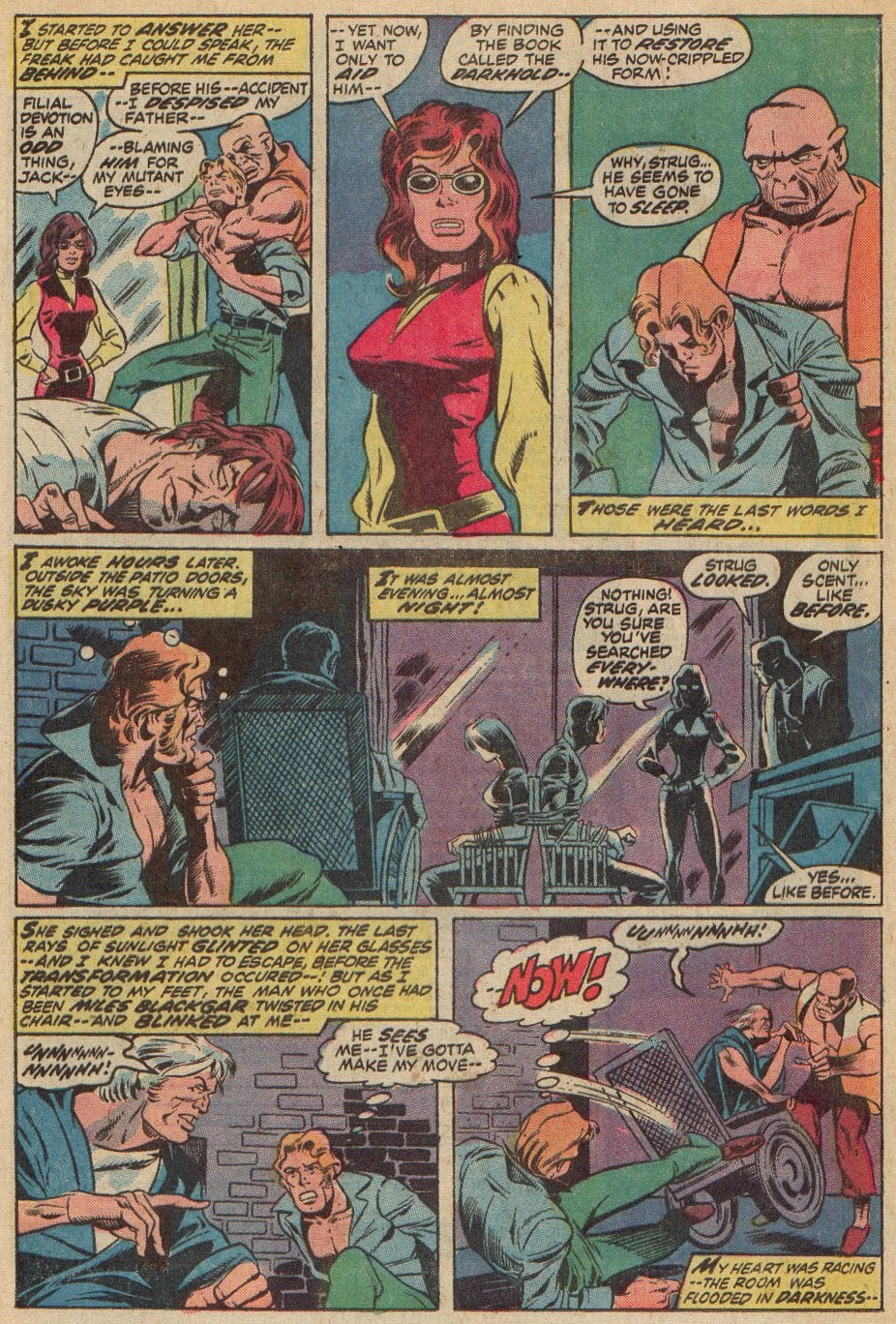 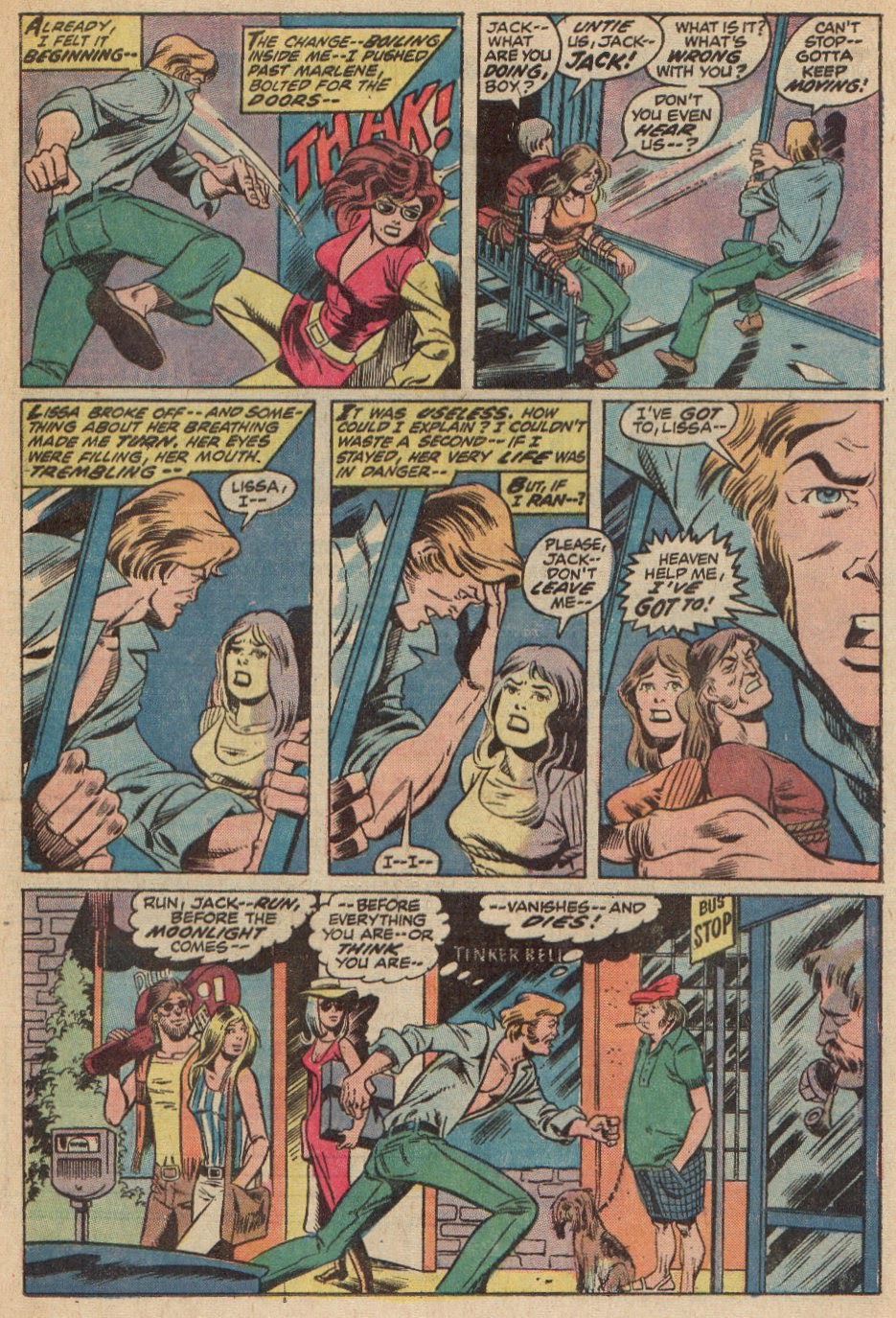 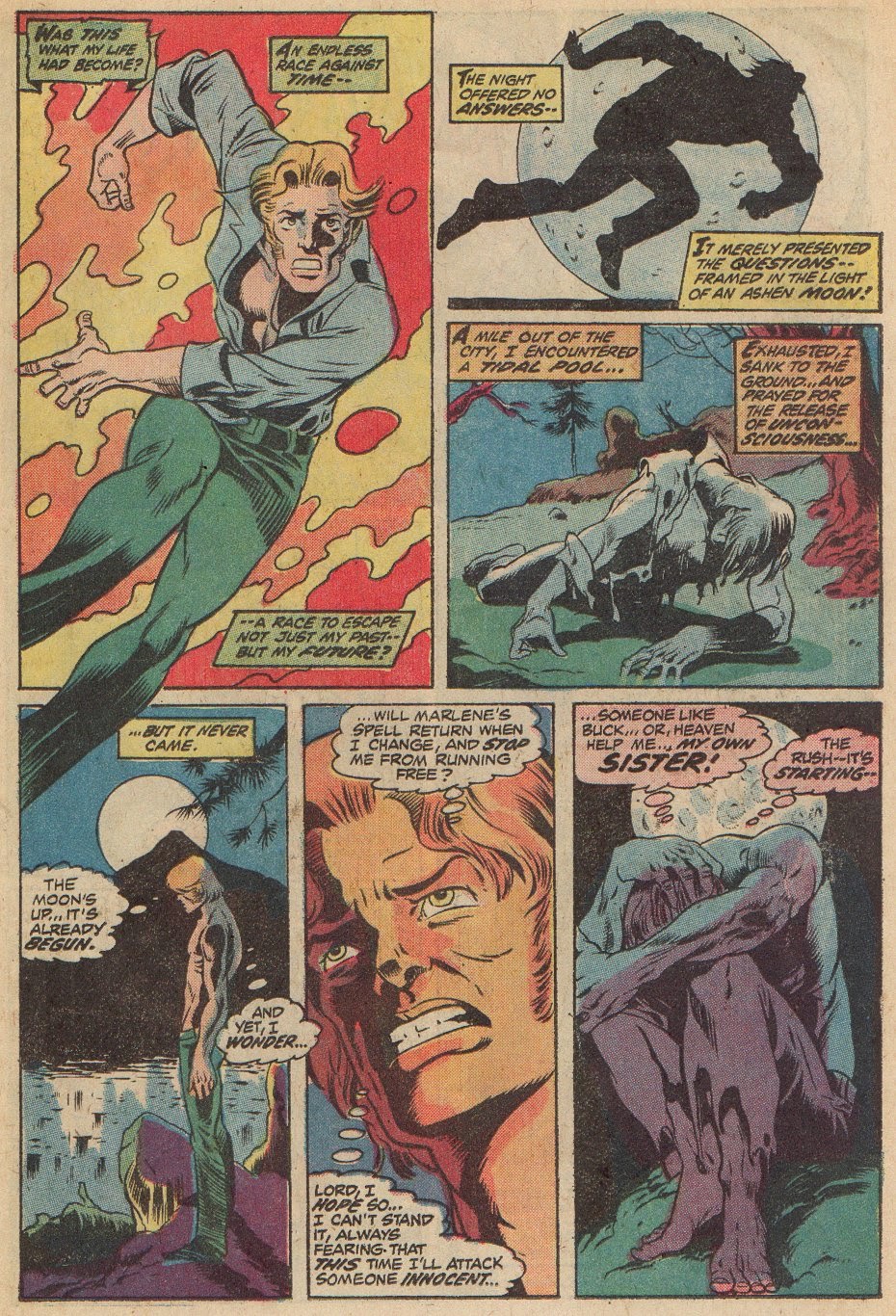 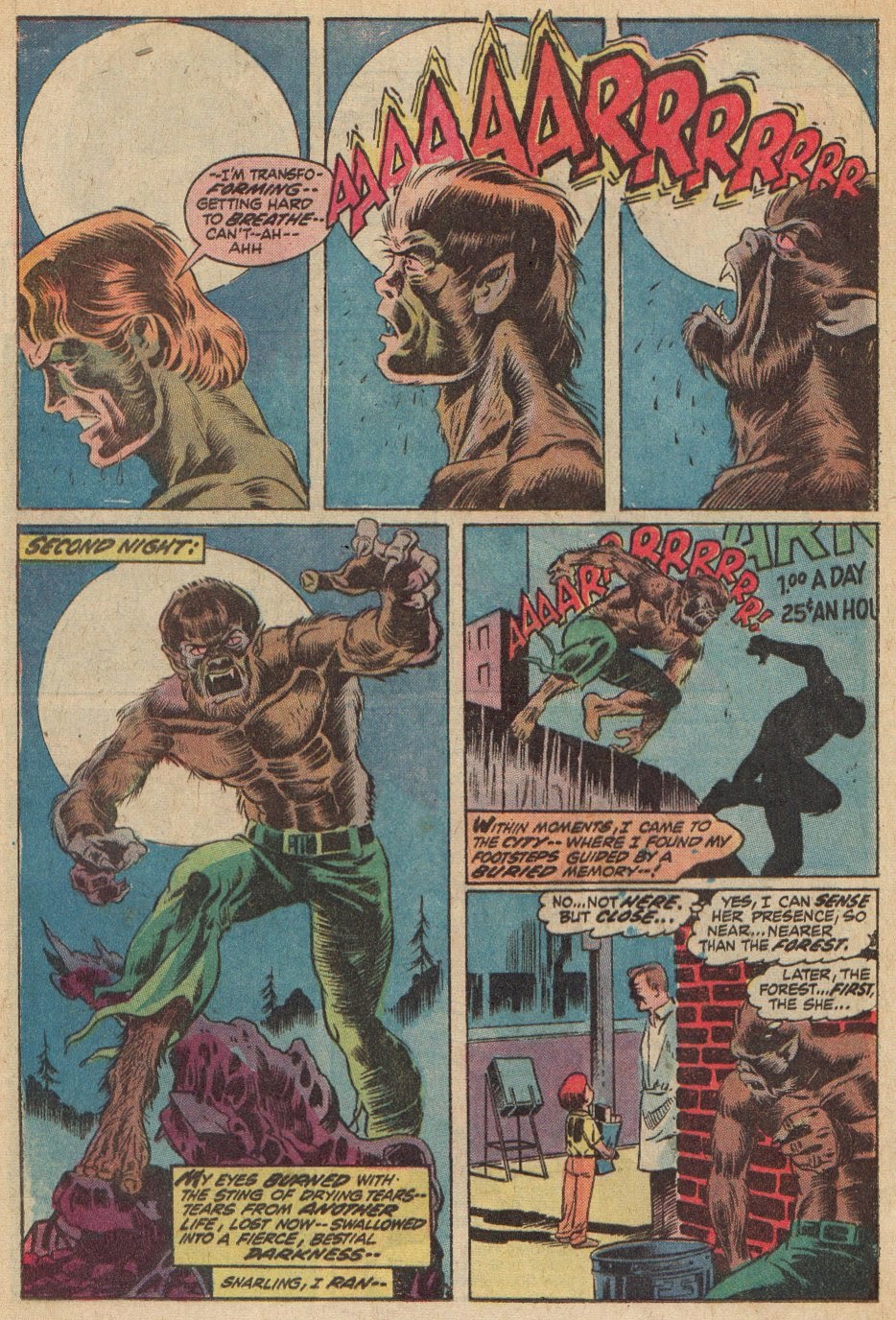 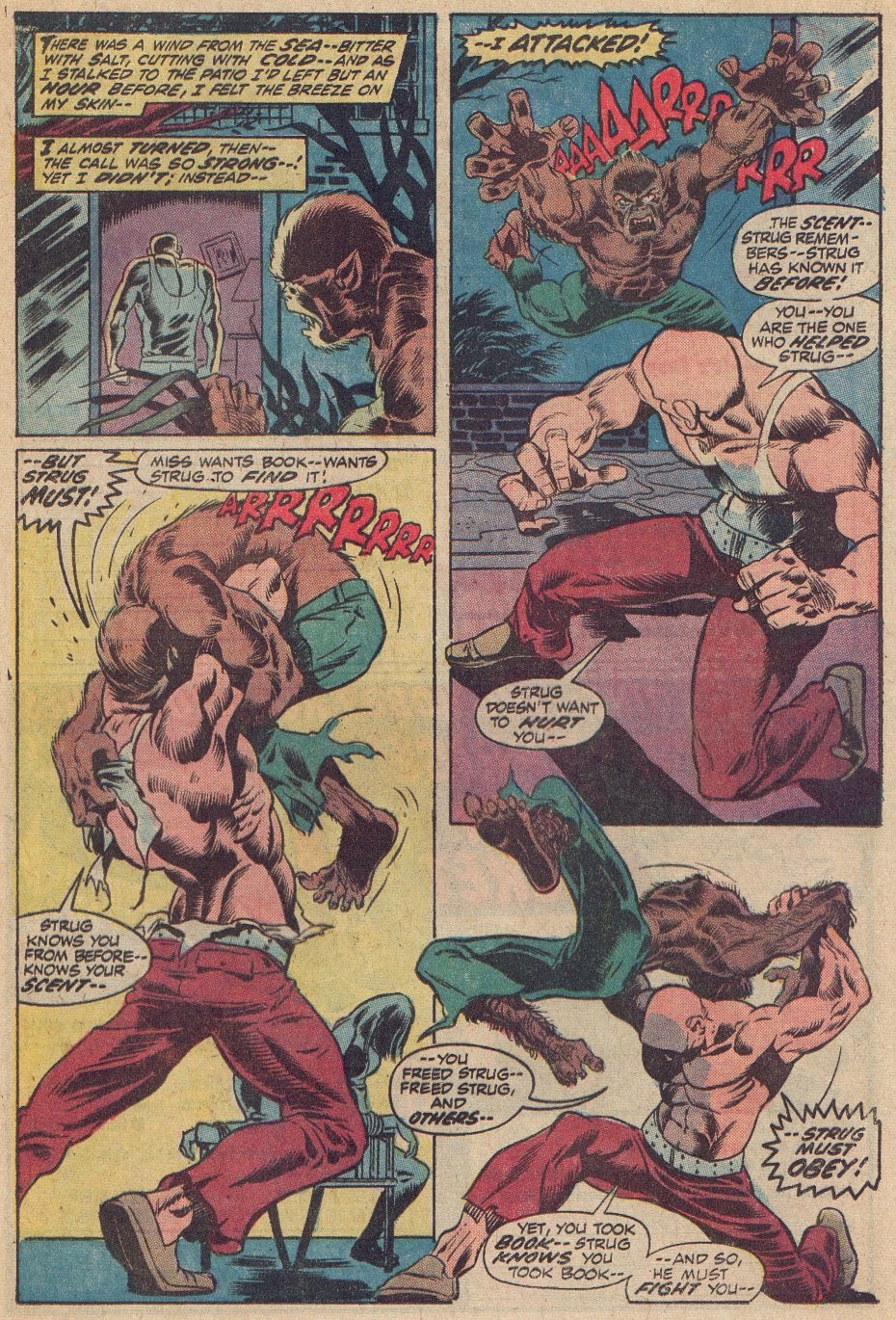 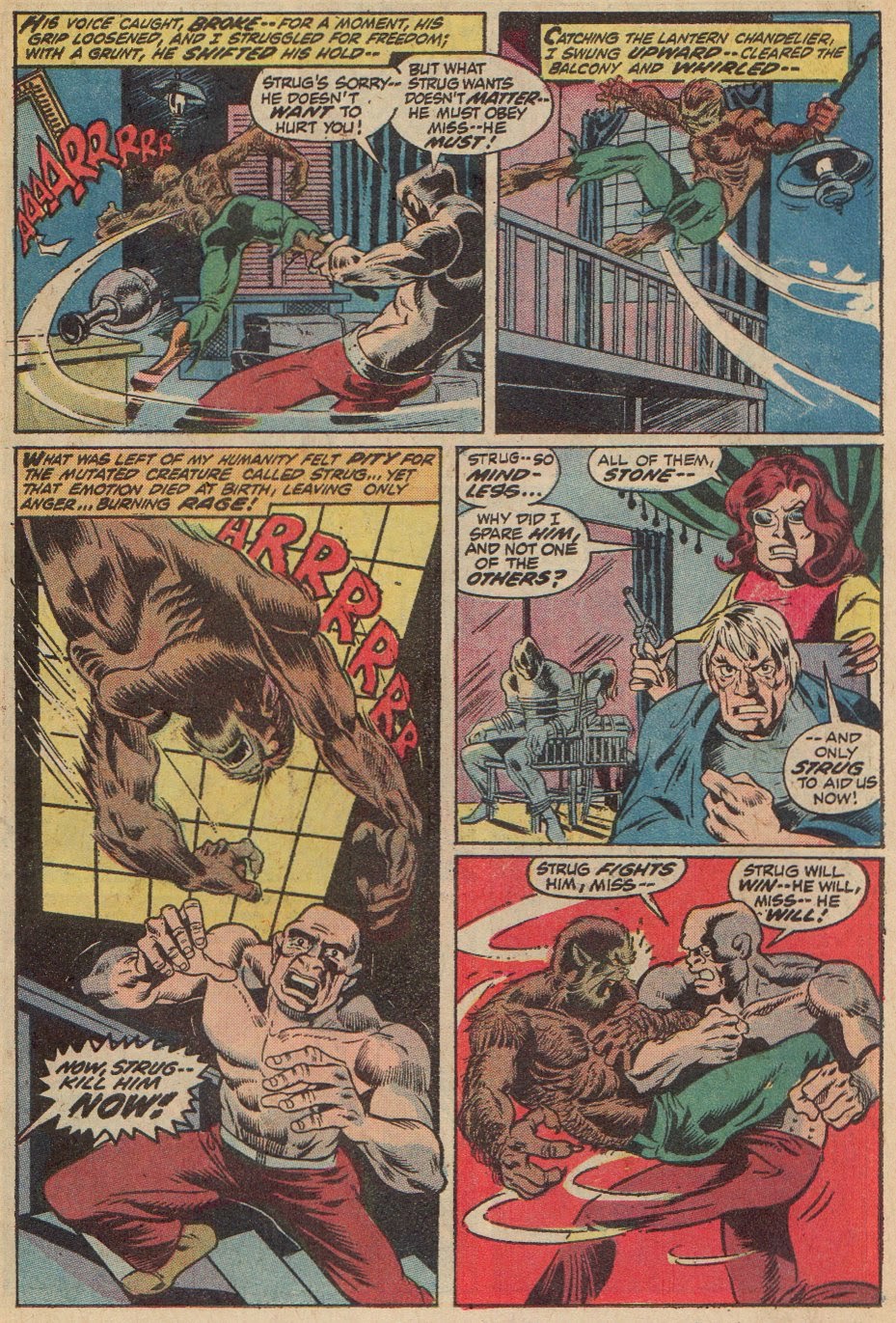 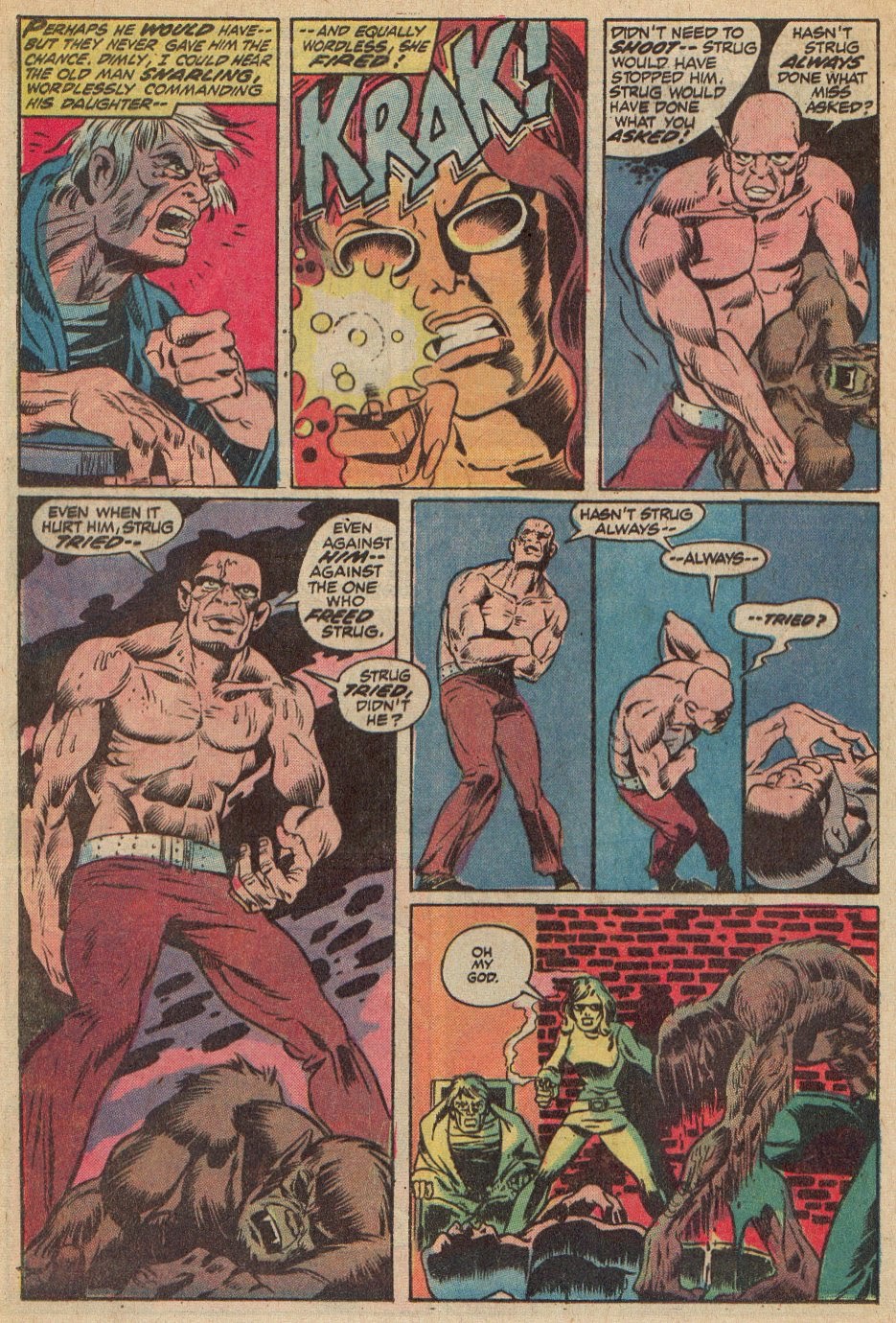 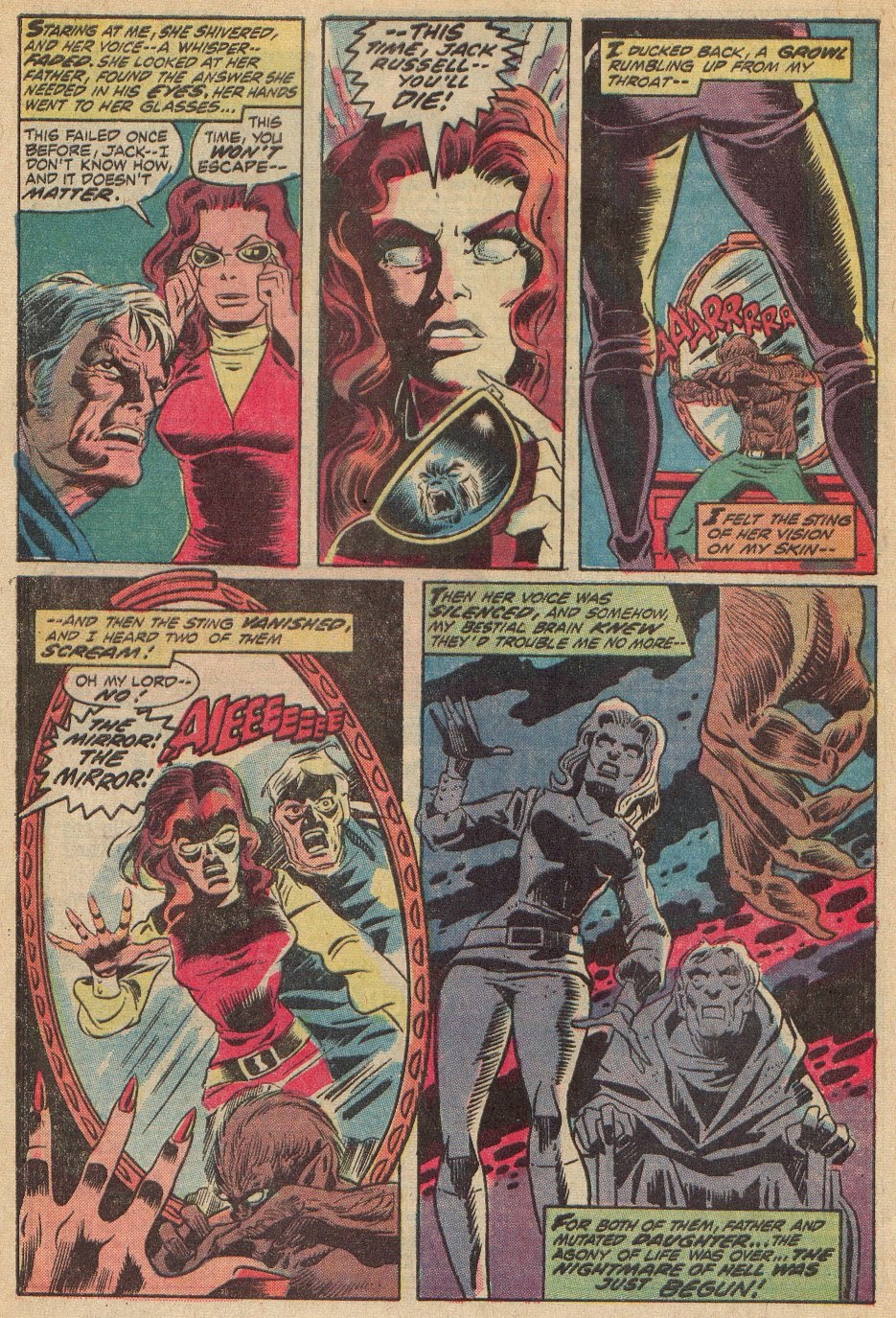 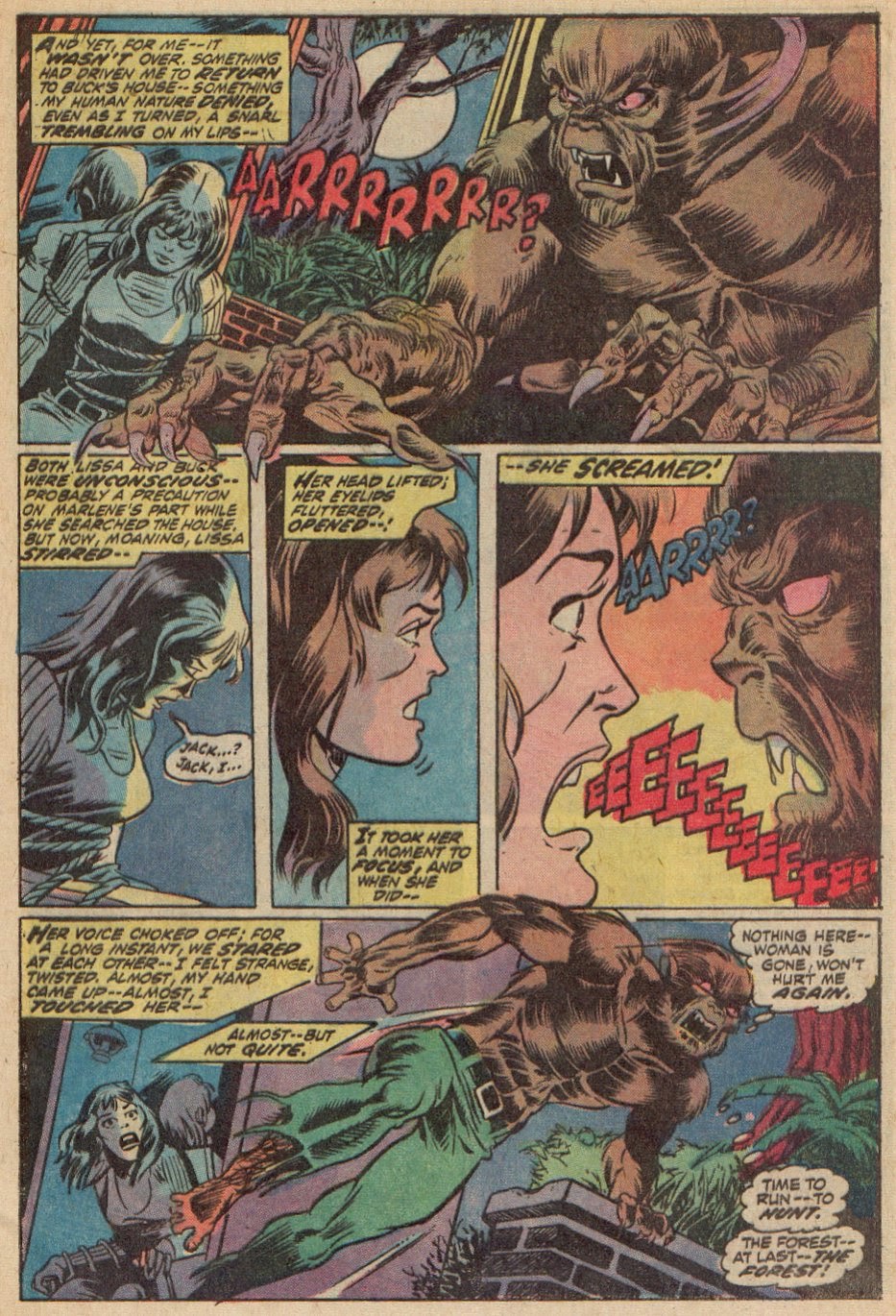 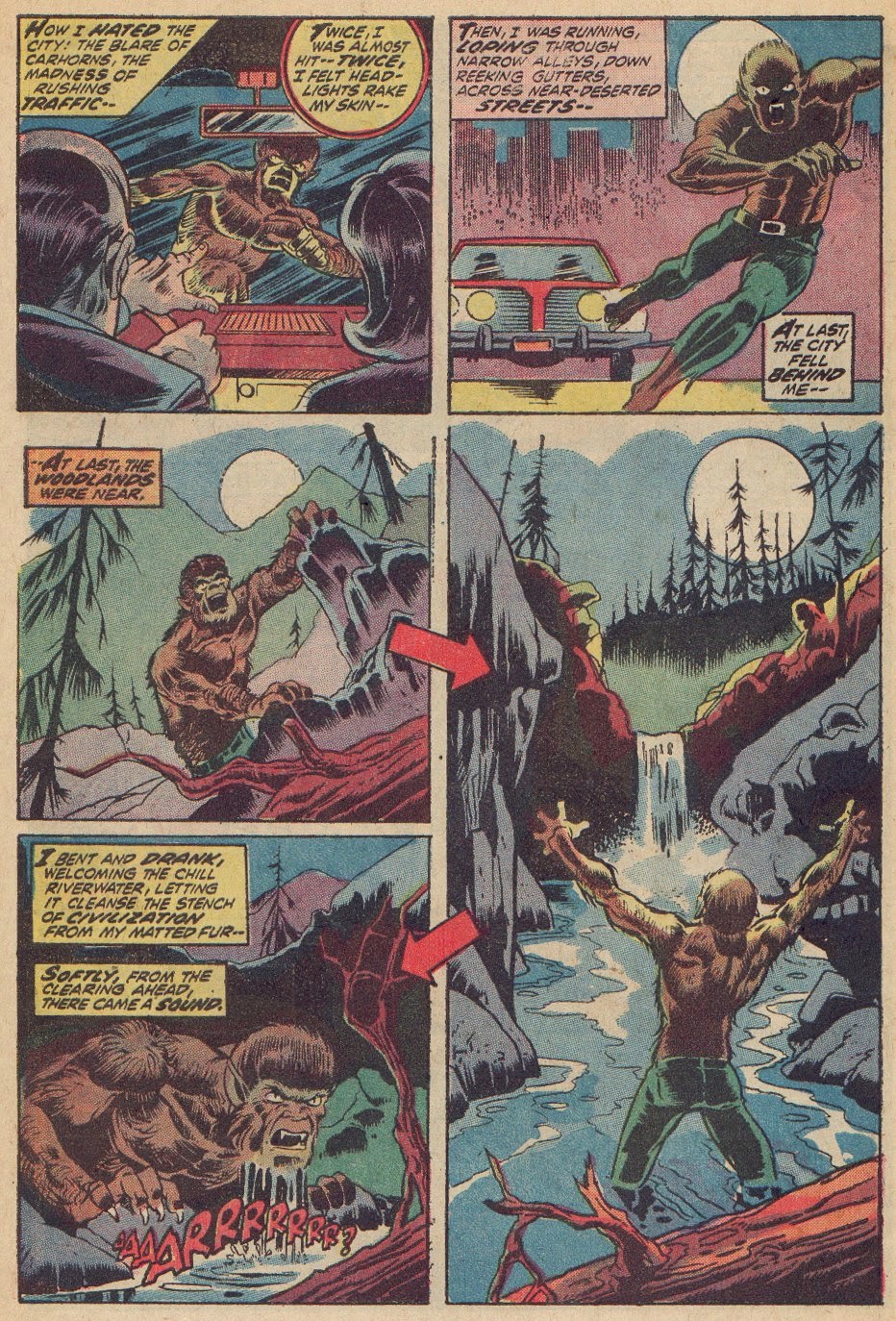 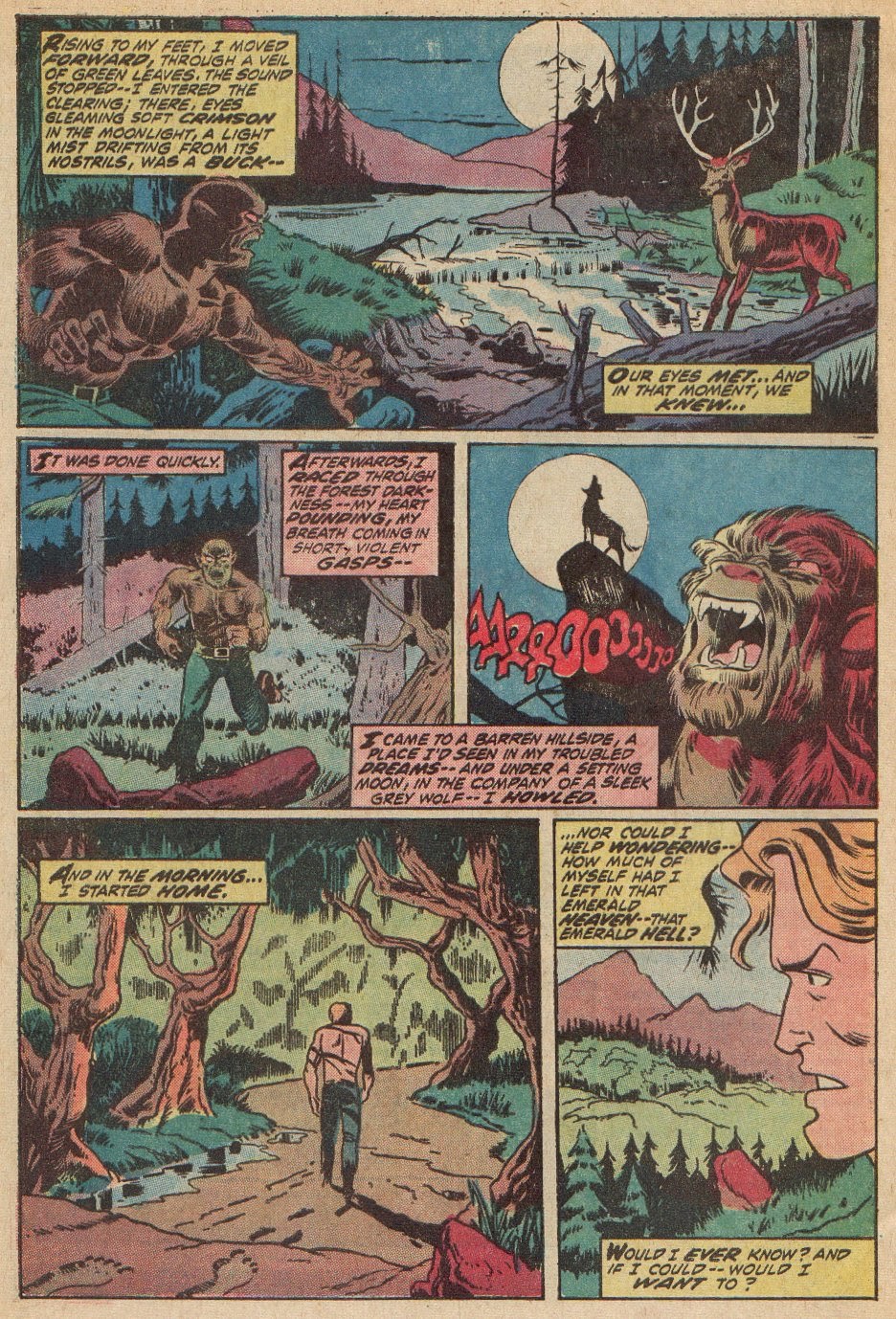 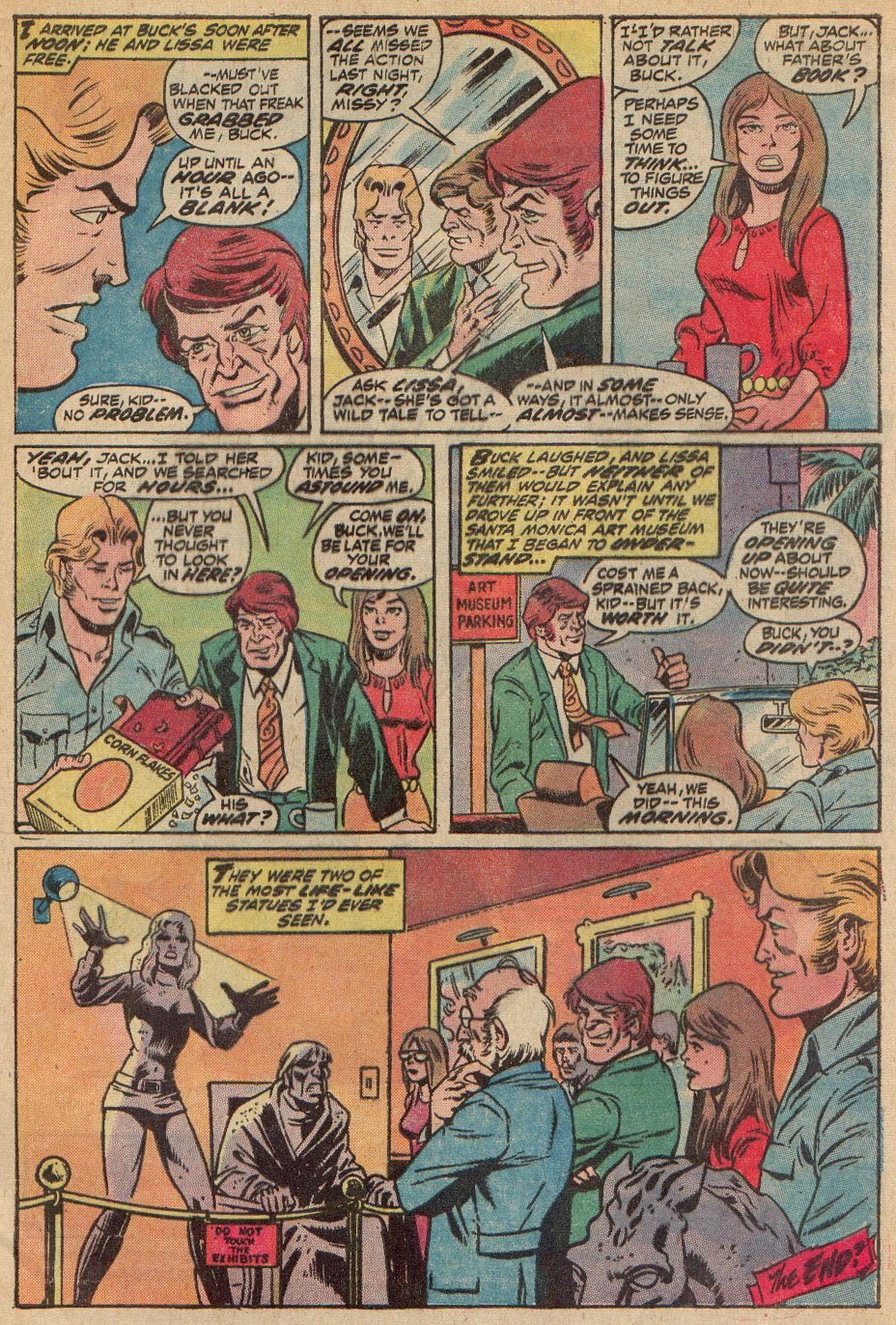