HoOOOWs it shakin', Groove-ophiles! Y'know, Mary Shelly's immortal Monster has always been one of comics' favorite subjects. During the Golden Age, even during the Silver Age when monsters weren't allowed in comics, and of course during the Groovy Age, Frankenstein's Man-Mockery found his way into those hallowed pulp-papered pages. Marvel had a Frankenstein's Monster. DC Had a Frankenstein's Monster. Even Skywald had a Frankenstein's Monster thanks to Tom Sutton (under his "Sean Todd" moniker). Beginning in Skywald's Psycho #3 (cover-dated May 1971), Sutton and inker Dan Adkins gave us "Frankenstein Book II". The series ran in issues 3-6, and returned in various issues of Nightmare and Scream under other hands. 'Tis Titanic Tom's version that Ol' Groove loves best, though--and you, you lucky Groove-ophile you, get to check it out right now! (All this and a Boris Vallejo cover, too!) 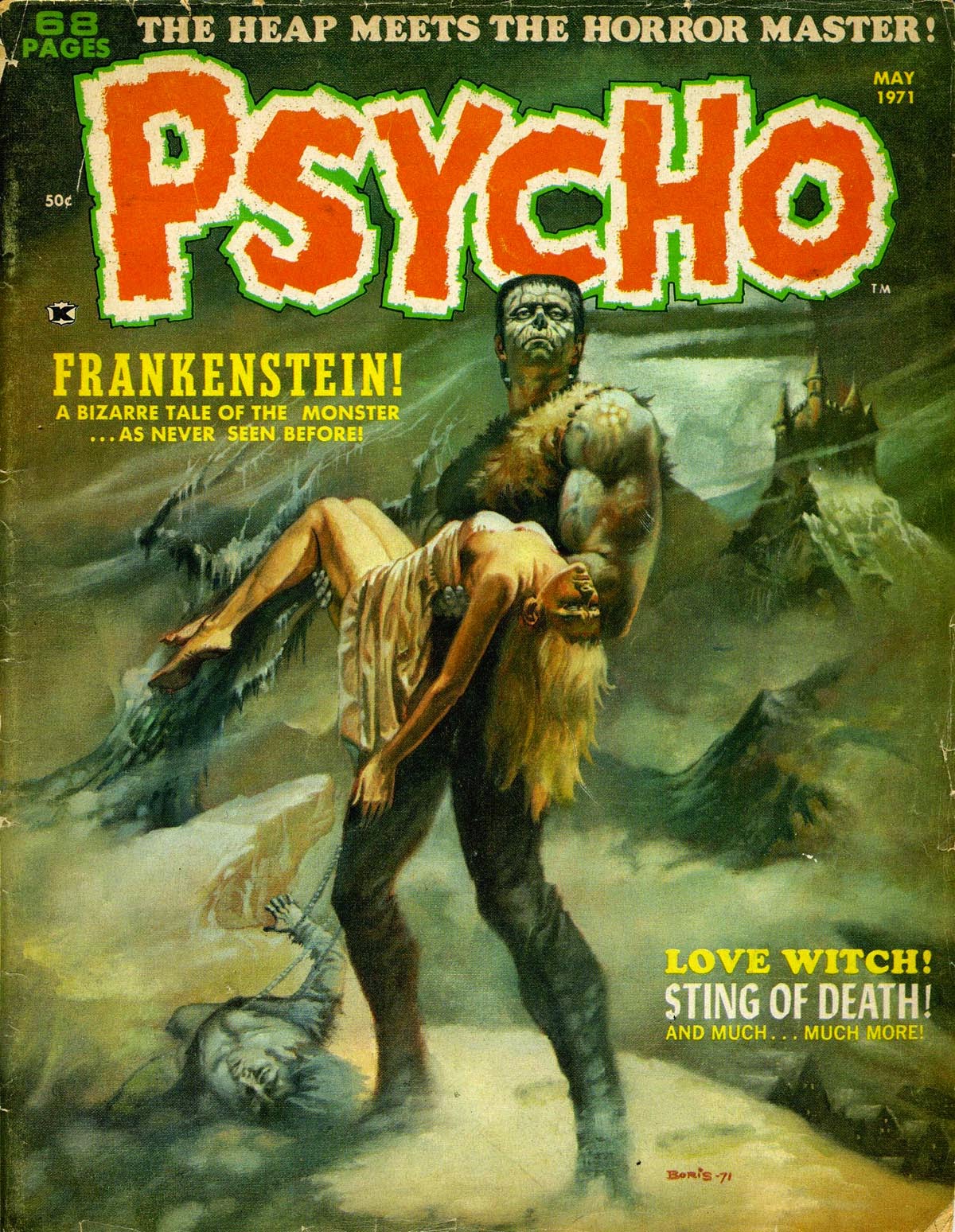 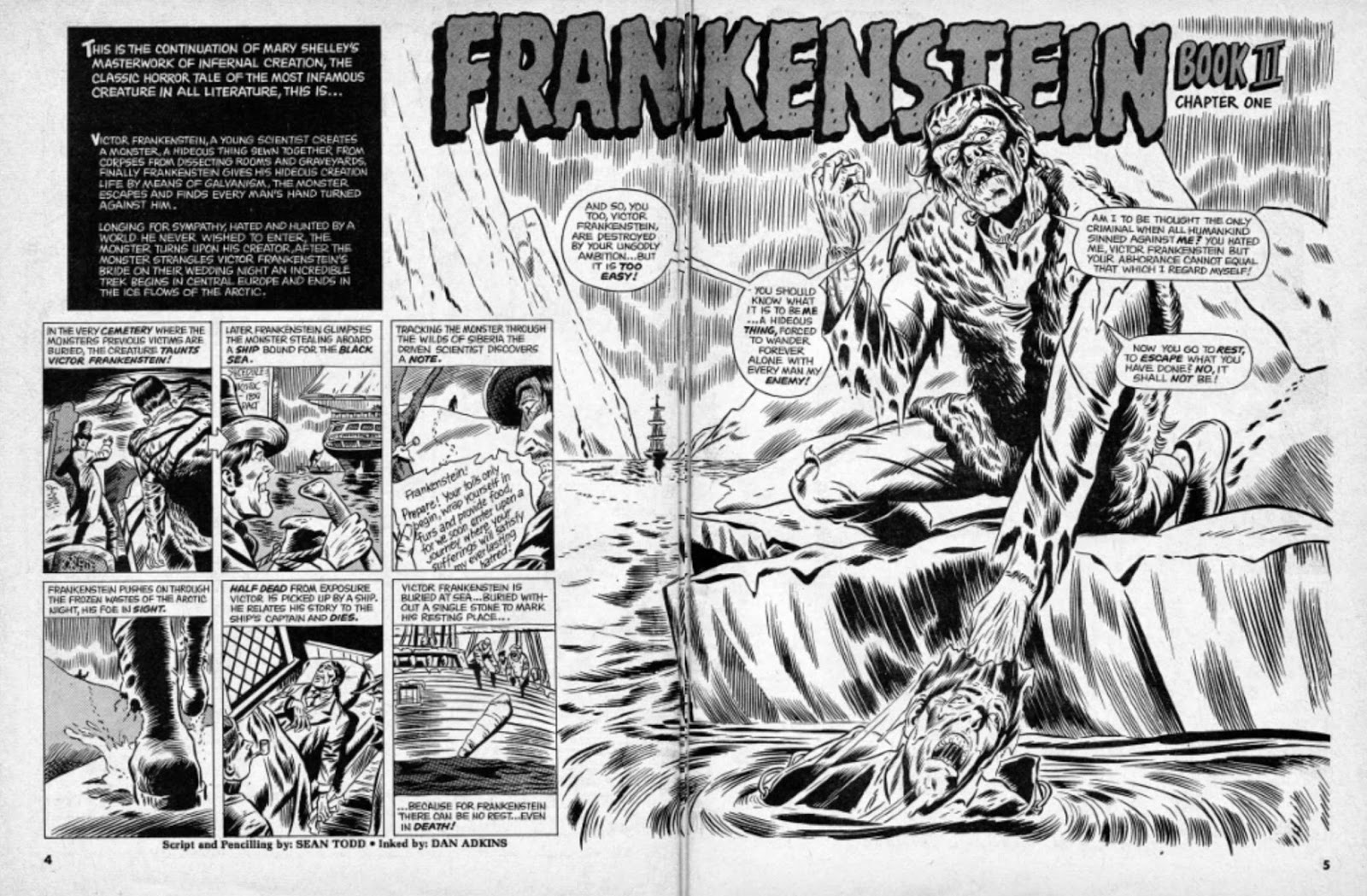 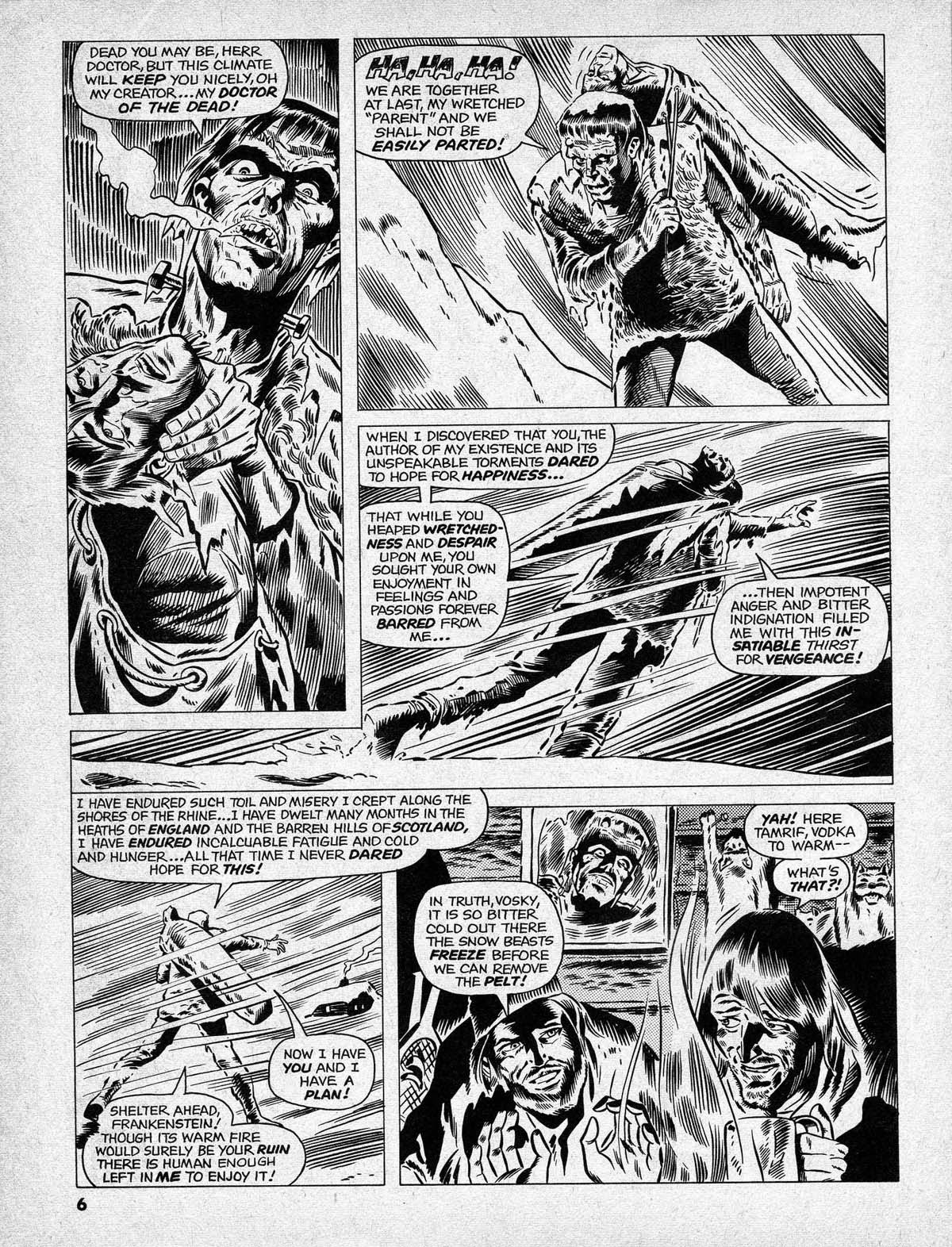 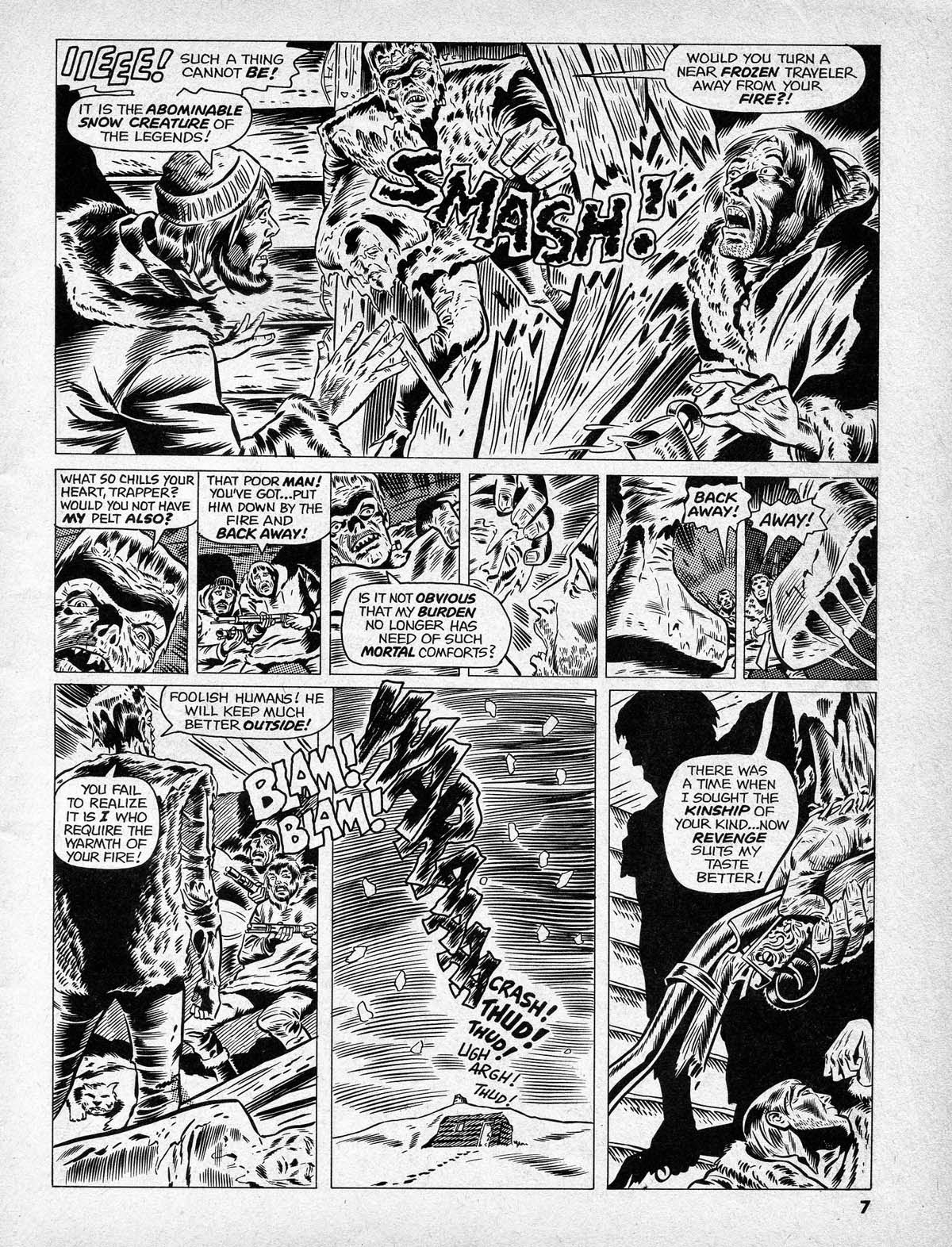 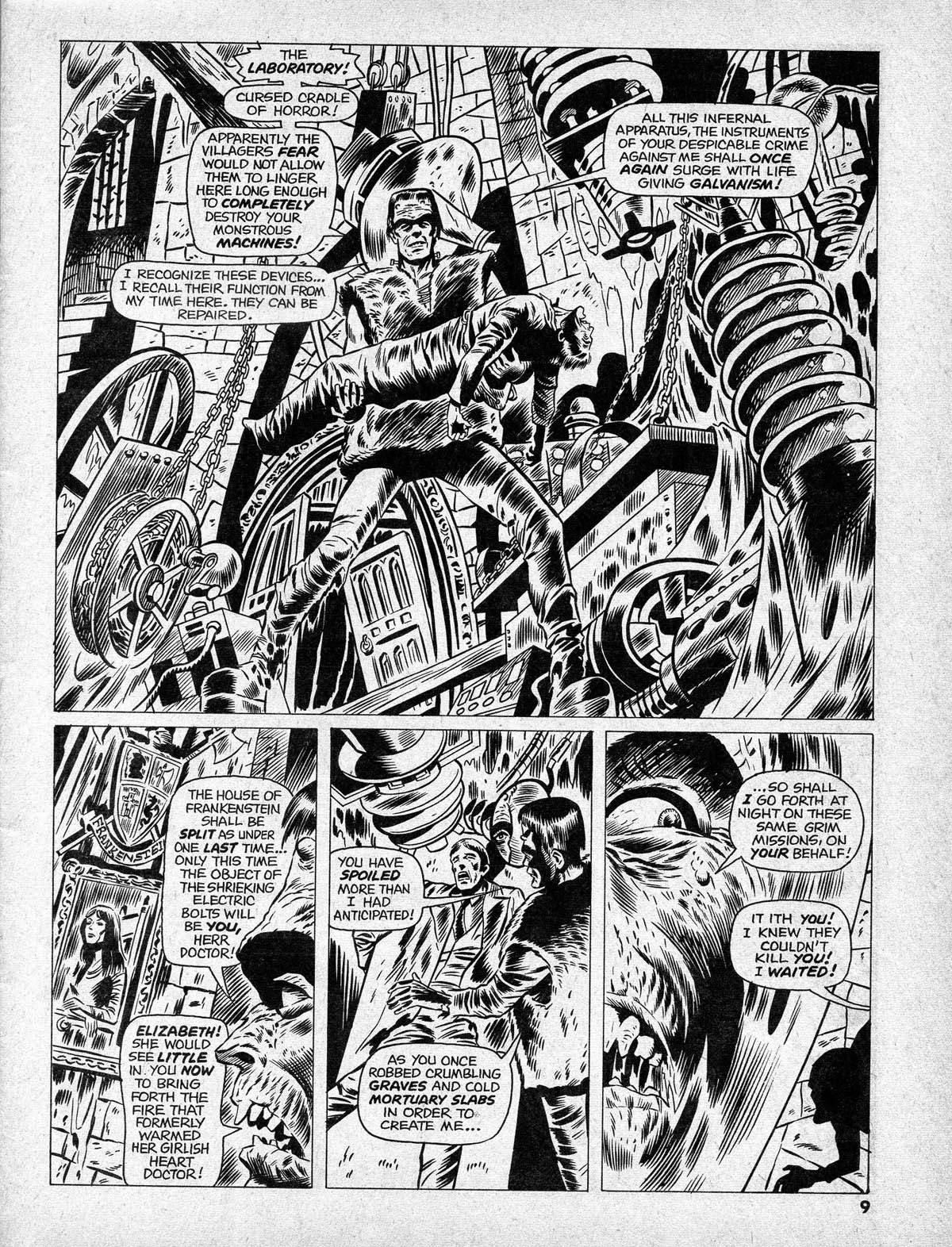 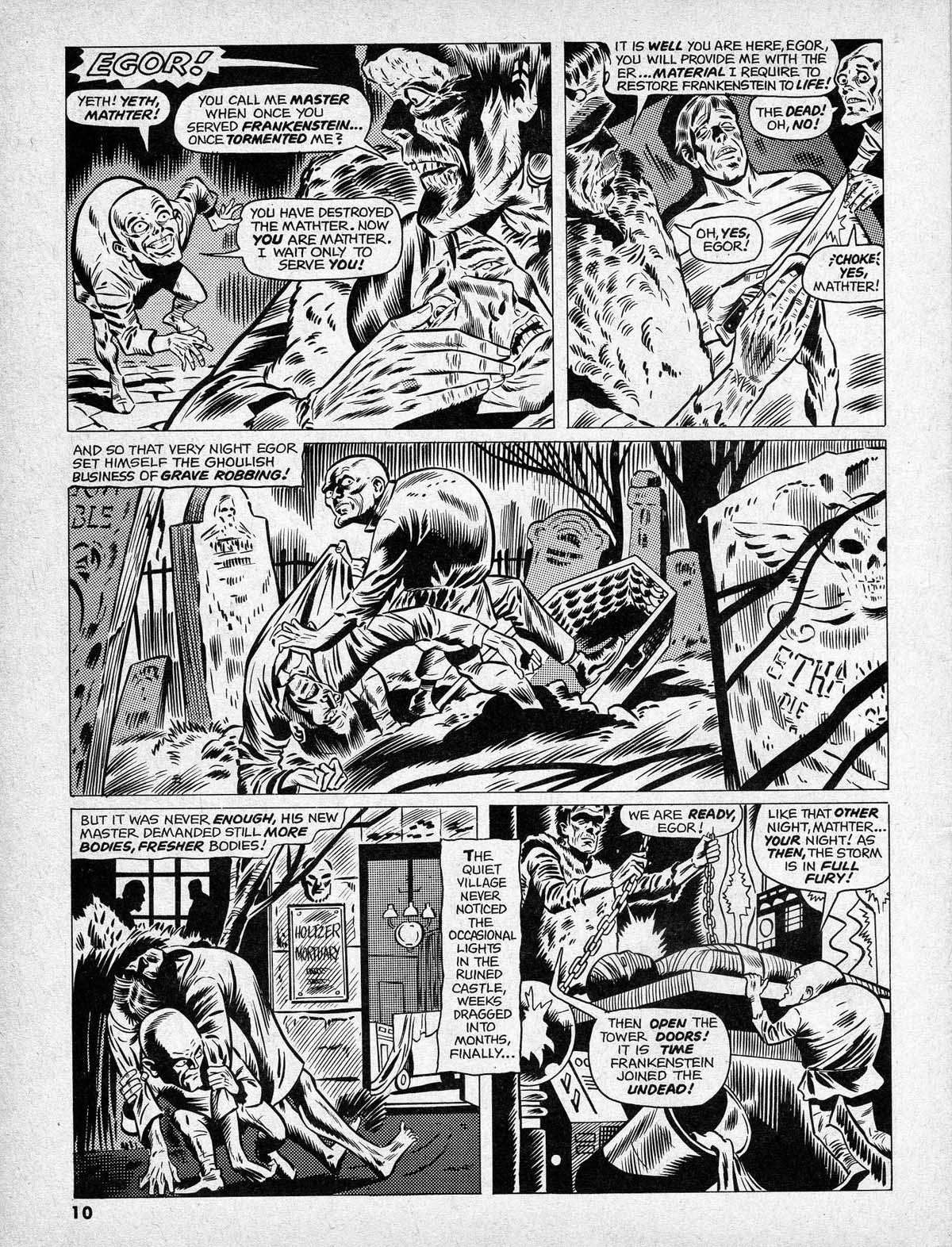 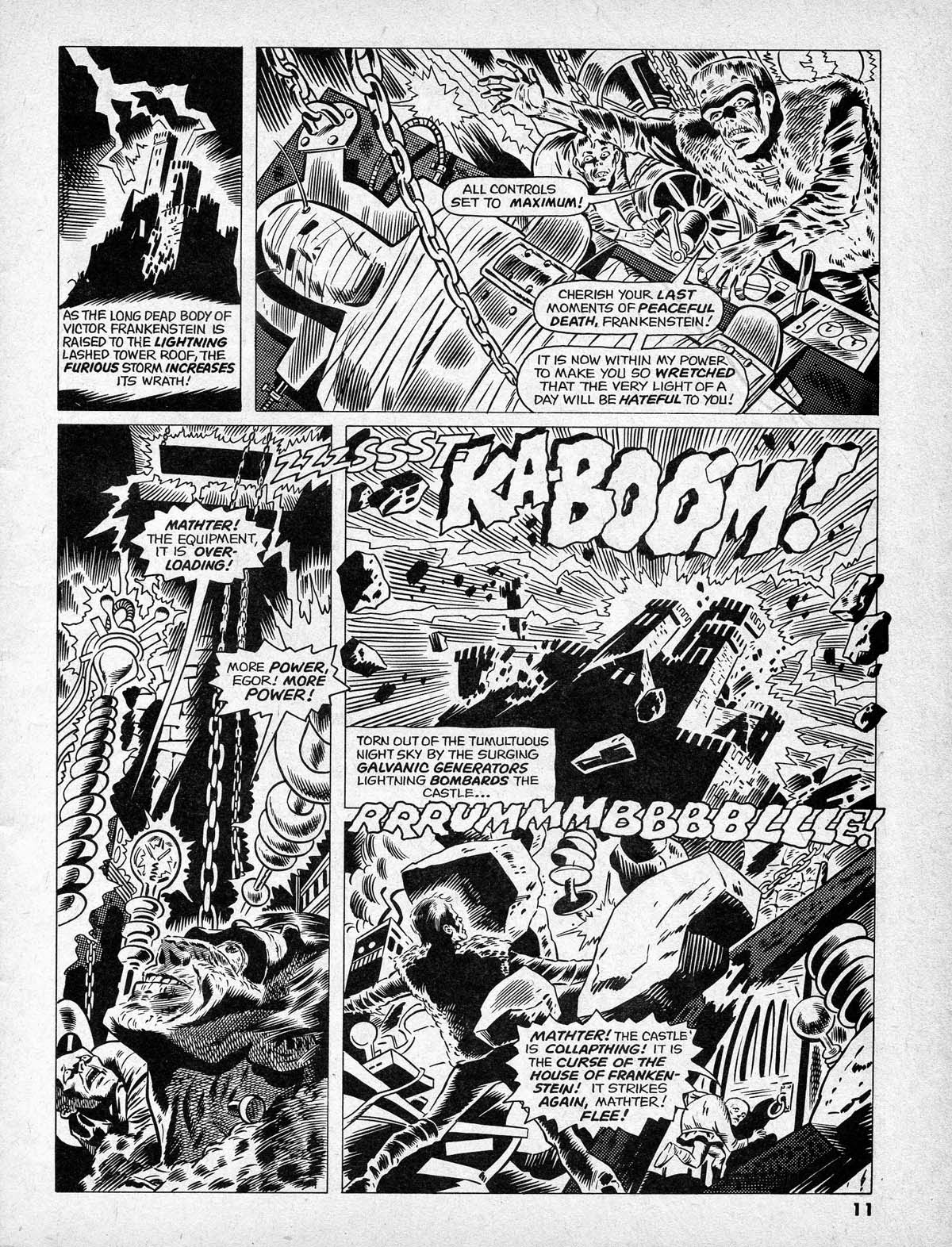 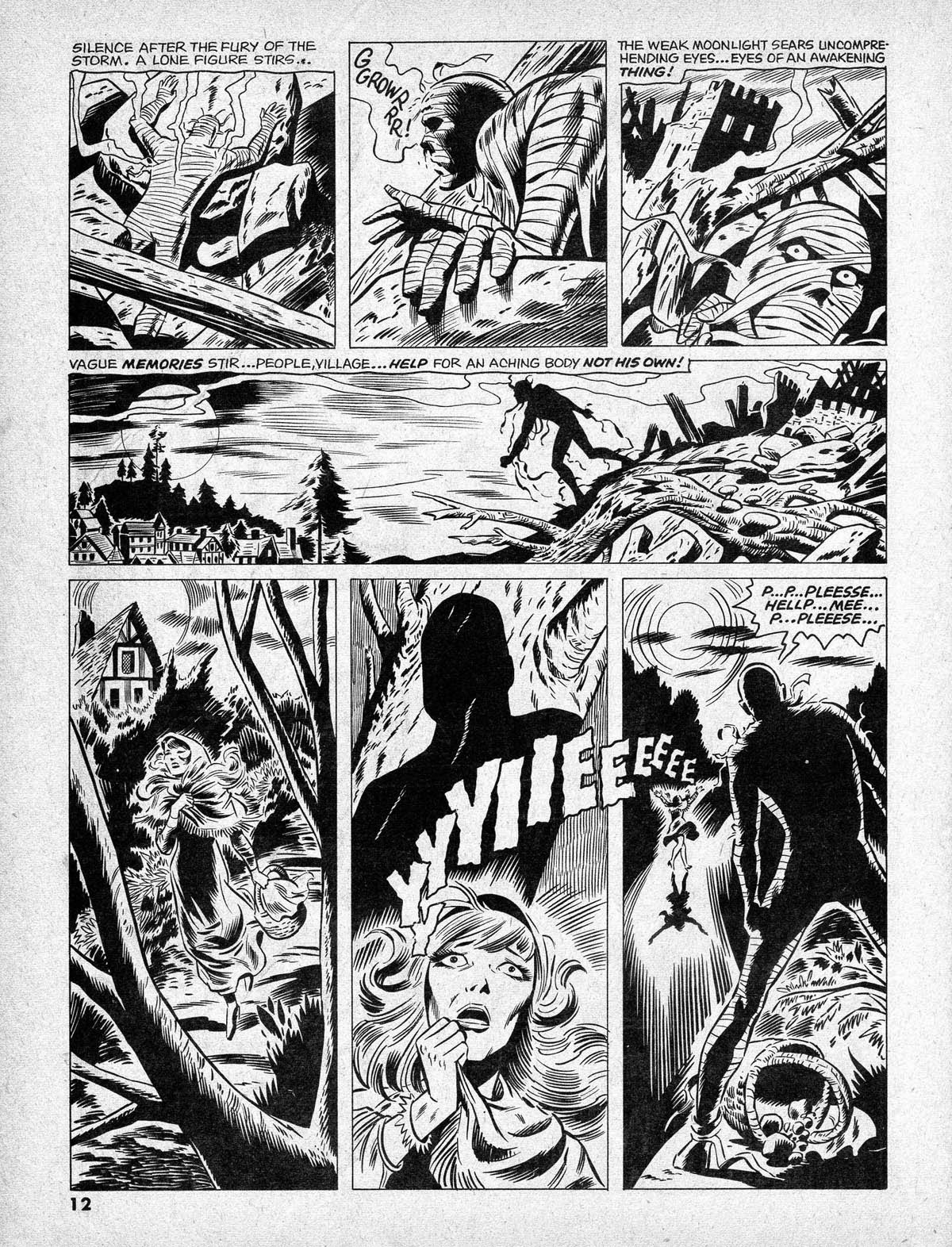 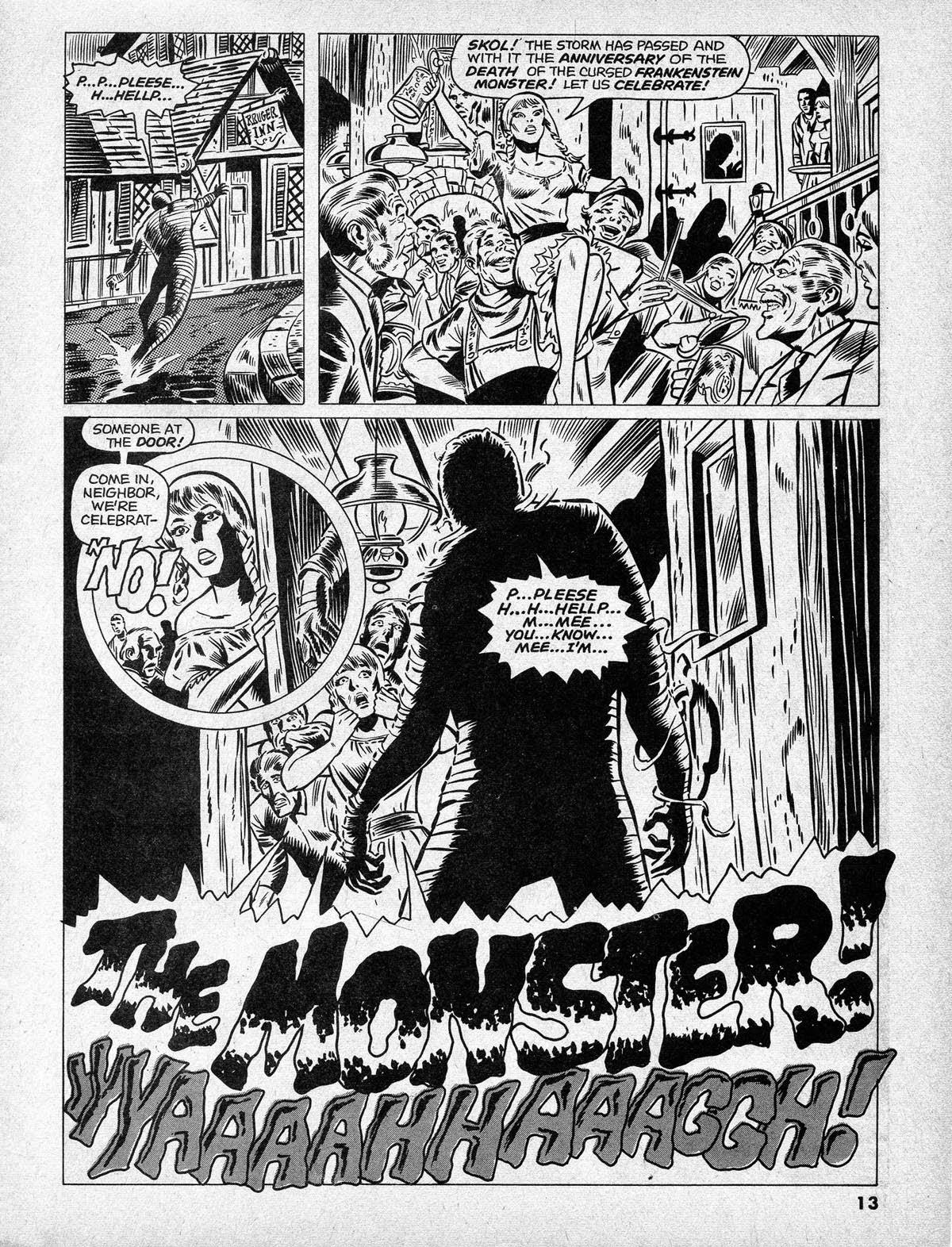 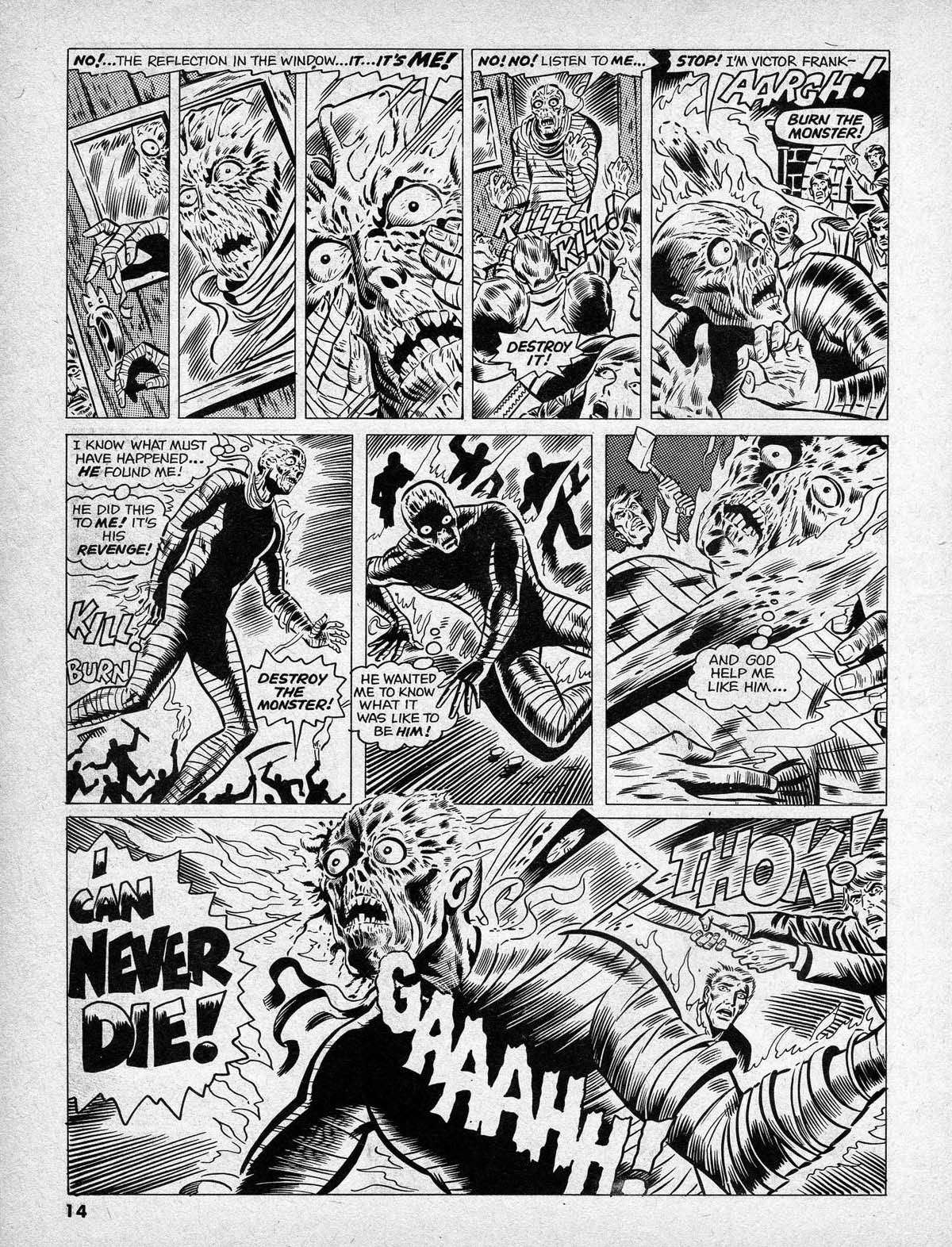 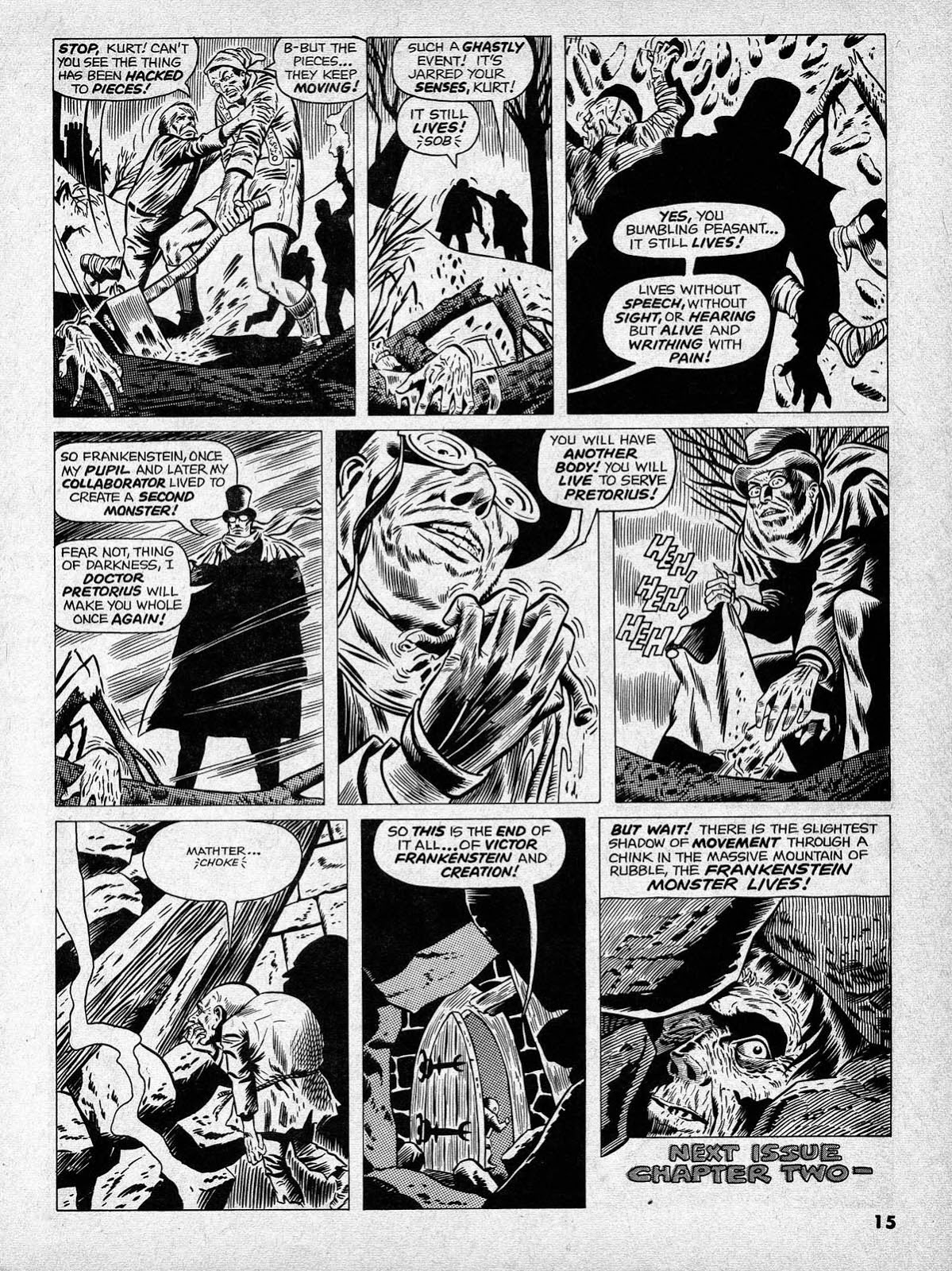