Groovy Age Gold: "The Human Torch and the Sub-Mariner Fighting Side-by-Side!" by Burgos and Everett

Greetings, Groove-ophiles! Ya know, back during the Groovy Age, the Dread Deadline Doom was an unwelcome visitor to many a Marvel mag. It always meant a reprint instead of a new adventure, and that, baby, was a big-time bummer. Usually. Sometimes, that reprint was something so cool that it actually made that reprint ish desirable. Case in point: Invaders #24 (October 1977) and "The Human Torch and the Sub-Mariner Fighting Side-by-Side!" Not only did we get a cool team-up, written and illustrated by two honest-to-Irving legends, Carl Burgos and Bill Everett...Not only did we get a feature length Golden Age tale featuring Marvel's two original heroes, Torchy and Subby, natch (sans 7 pages, thanks to comics 17 page ceiling at the time--which was stretched to 19 pages just this once)...But we learned that this was the very first "Marvel Team-Up" (though Marvel was Timely back in 1941)! How cool is that! Stick that bad-boy under a Gil Kane/Frank Giacoia cover, and you have thirty-five cents worth of WOW!! 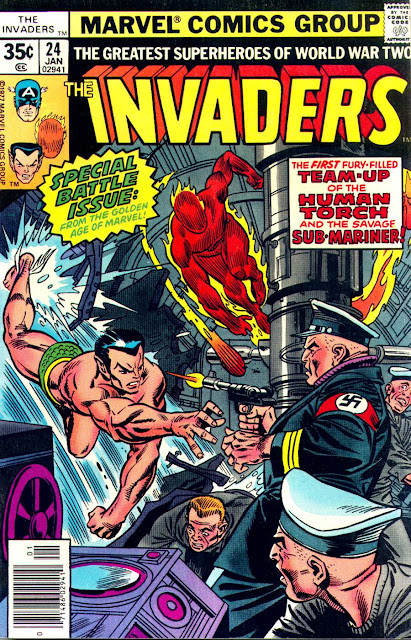 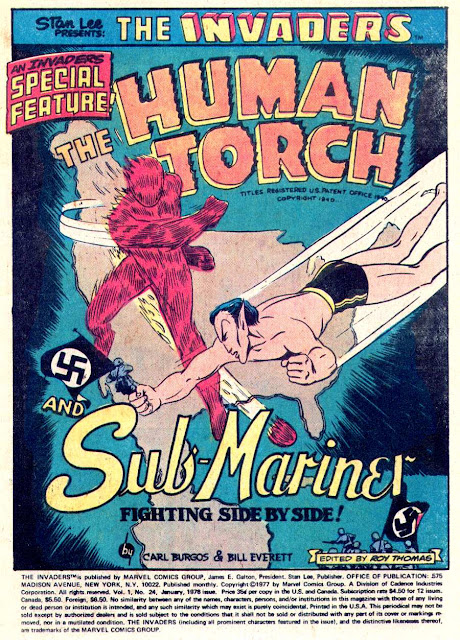 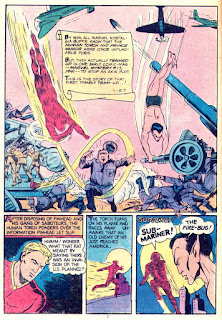 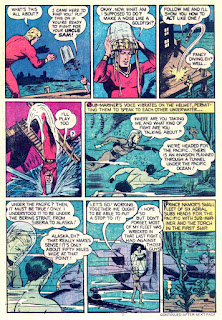 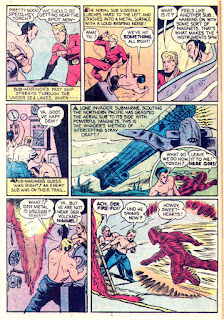 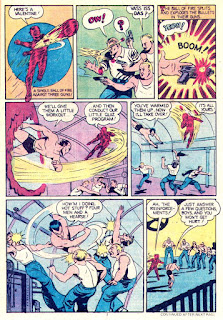 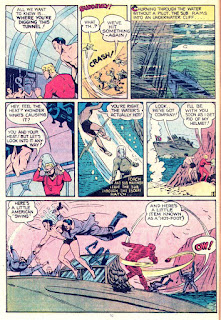 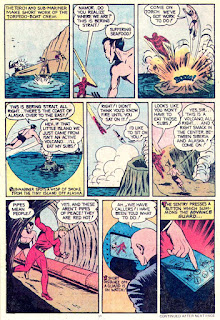 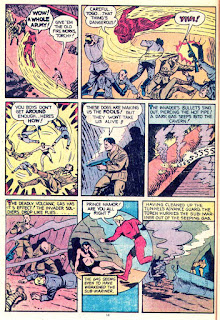 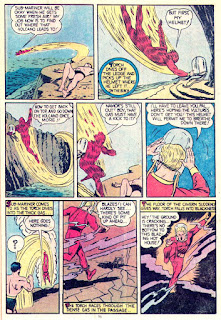 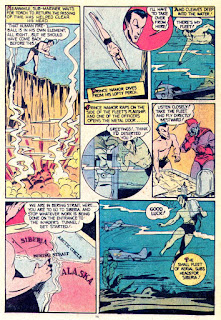 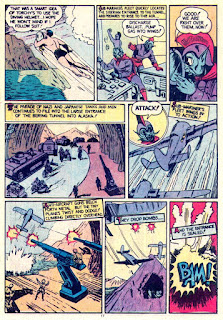 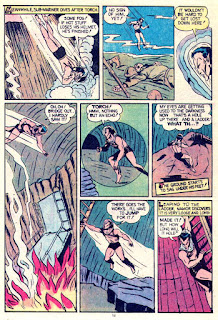 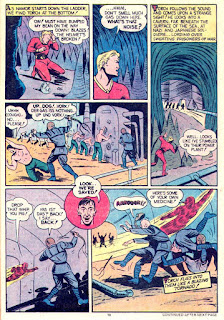 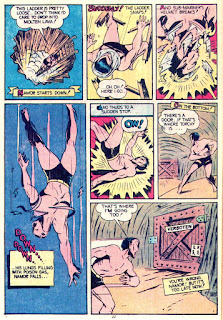 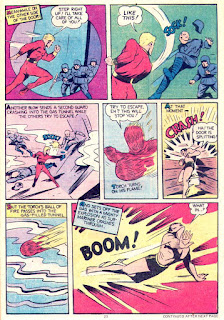 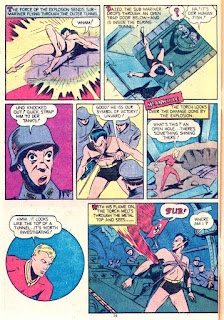 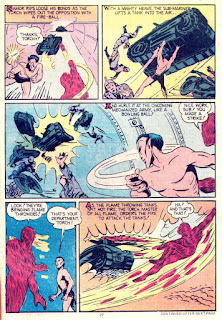 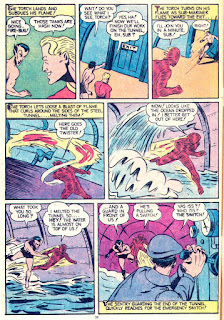 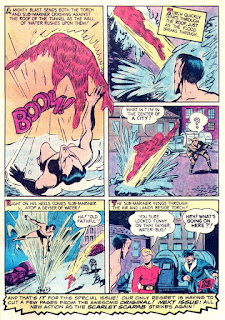 Oh, yeah, the full version of this classic first appeared in Marvel Mystery Comics #17 (cover-dated March 1941).
Posted by The Groovy Agent at 12:02 AM