Greetings, Groove-ophiles! I dunno why I didn't do something like this sooner, but here's a new department focusing on DC Comics of the Groovy Age (after all, you've been diggin' Marvel-ous Mondays and The Boys from Derby (Charlton) for quite a while)--Decent Comics! Now, if you were around in the 1970s, you "get" that title, but for you young'uns out there, back in the day "decent" meant the same thing as "cool", "groovy", "far-out", or "awesome!" To kick things off, Ol' Groove's gonna skip back to February 1978 and the final ish of SHAZAM! (#35 to be exact). Why the final ish of SHAZAM! you ask? Well, Groove-ophile Patrick D. pointed out that Ol' Groove has been neglecting the classic and classy SHAZAM! strip by E. Nelson Bridwell, Don Newton, and Kurt Schaffenberger that ran in the back of World's Finest Comics from 1978 to 1982. But, Ol' Groove figured, why not start with the very first Bridwell/Newton/Schaffenberger collaboration, "Backward, Turn Backward, O Time in Your Flight!" So here 'tis! 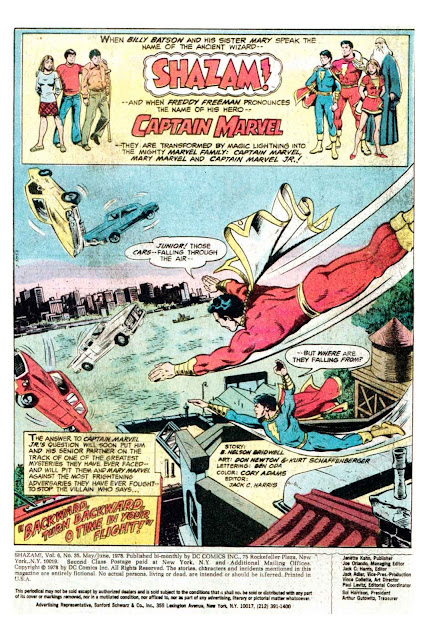 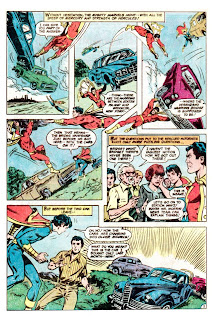 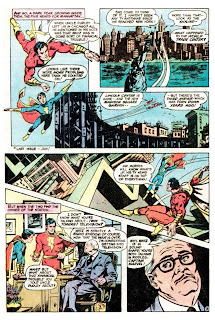 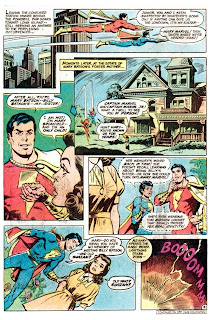 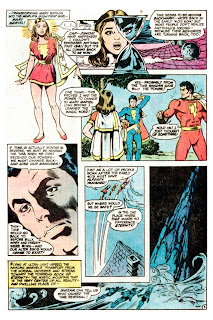 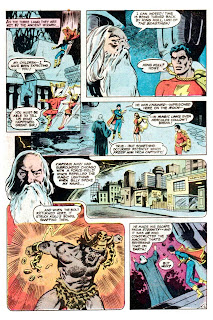 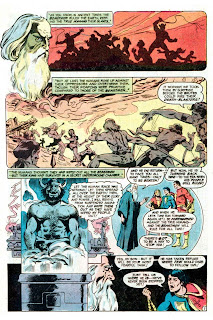 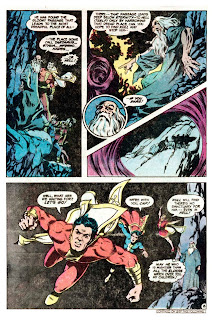 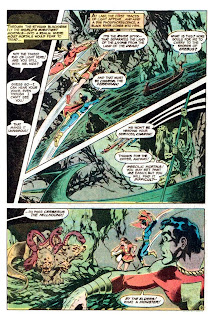 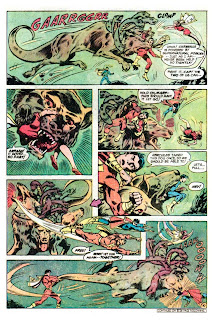 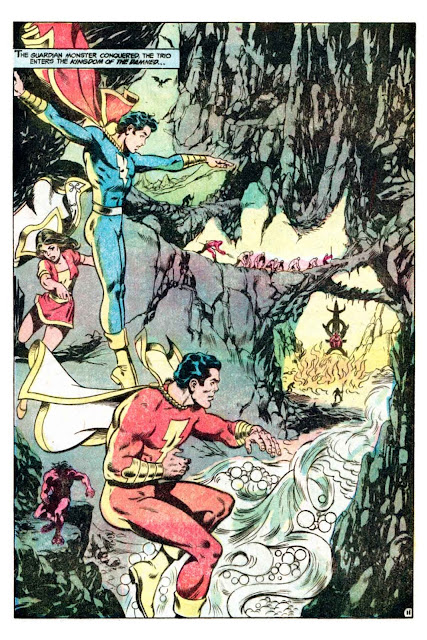 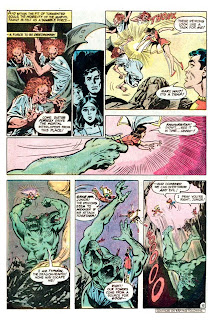 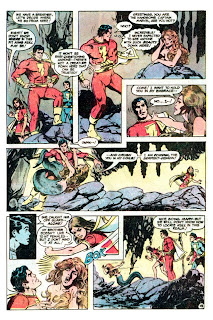 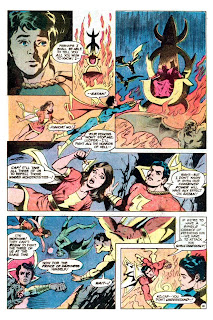 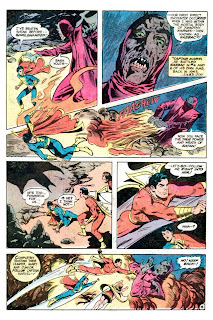 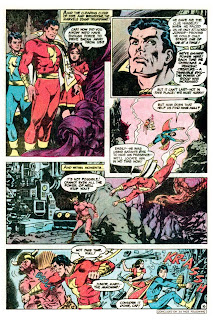 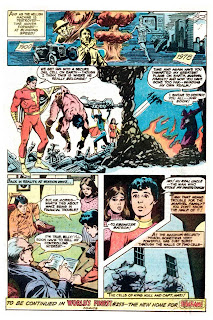 Now that Ol' Groove has that off his chest, you can be on the lookout for more SHAZAM! from World's Finest in the months to come! (And if you wanna get a head start, here are two that have already been posted: from WF #261 and from WF #262.) Holy Moley!
Posted by The Groovy Agent at 12:02 AM