The Boys from Derby: "Uncle Arthur's Workshop!" by Gill and Boyette

Greetings, Groove-ophiles! Here's a fun frightener from Charlton's Ghostly Haunts #32 (February 1973) by Joe Gill and Pat Boyette called "Uncle Arthur's Workshop!" Looking back on this story, I realize what a wonderful cartoonist Boyette was. Though his figures looked stiff and the faces oddly distorted, they still have a grace and beauty all their own. He was able to combine the simplicity of the Golden Age with a modern (Groovy Age modern, that is) sensibility that gave his work a singular, stark style that managed to be wholly original and at times (just look at that cover!) downright stunning. 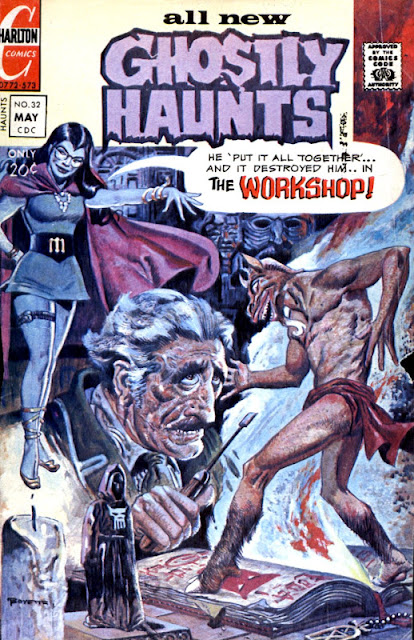 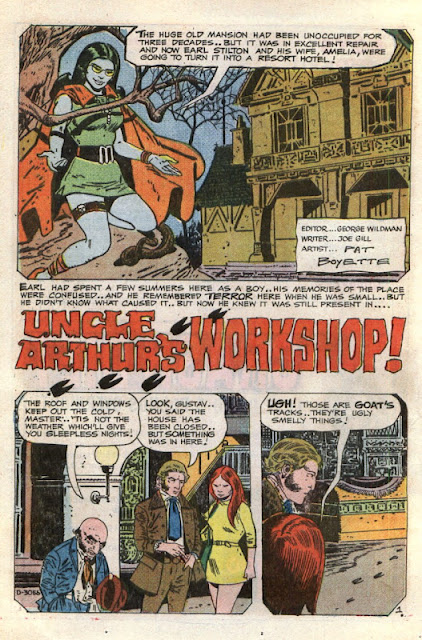 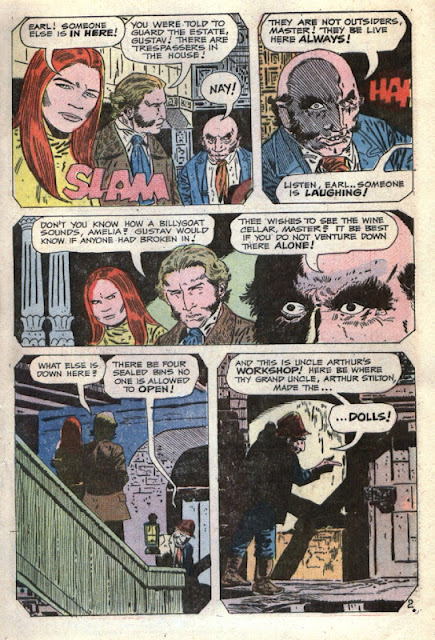 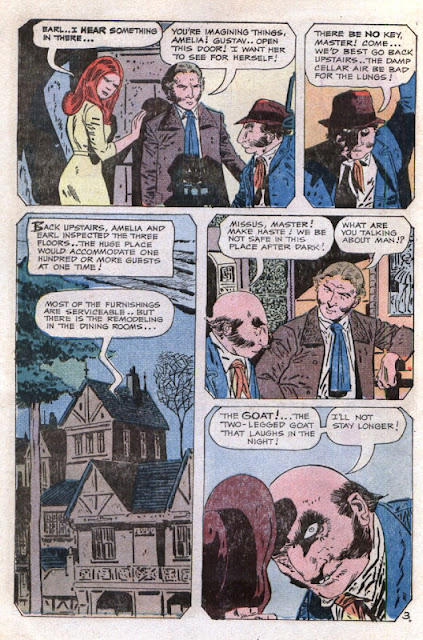 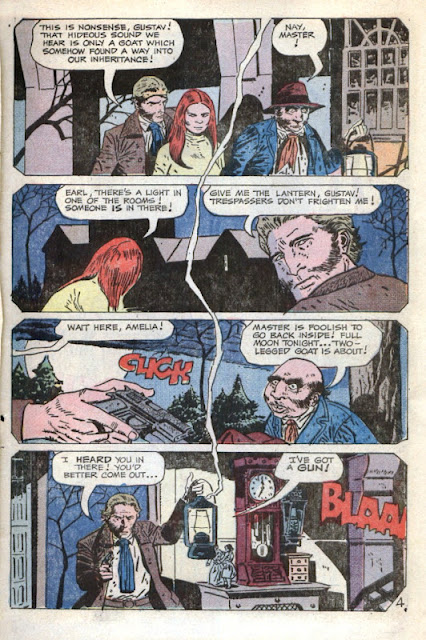 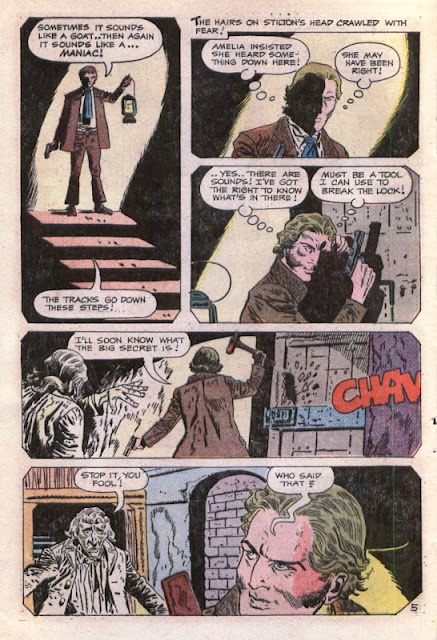 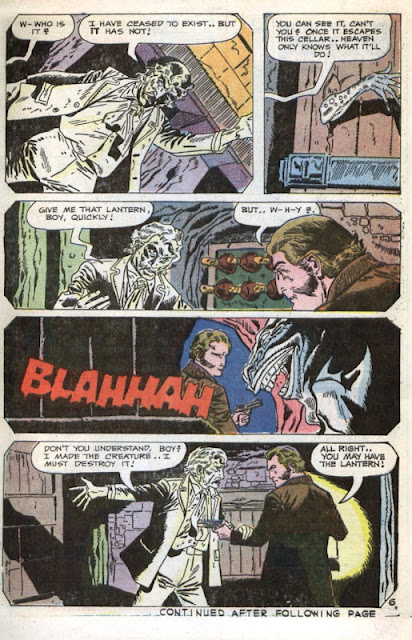 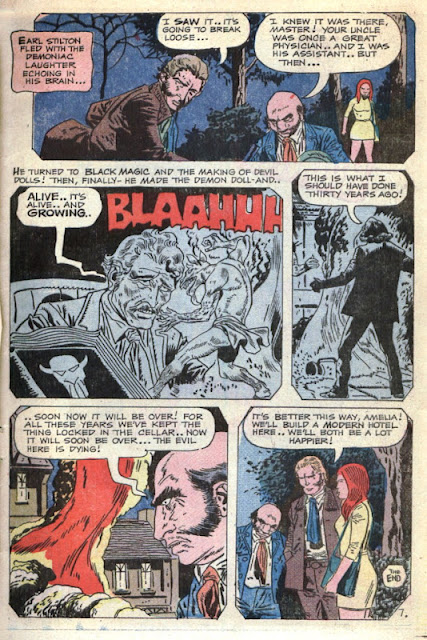