Groove's Faves: "It's All in the Mine" by Englehart and Rogers

One of the (many) highlights of DC's Summer of 1977 output was the return of Jack Kirby's Mister Miracle. Though The King was no longer at DC, the powers that were placed the Super-Escape Artist's re-vamped mag in the hands of the super-star team that was wowing us in Detective Comics, writer Steve Englehart and artist Marshall Rogers. Thanks to this ad... 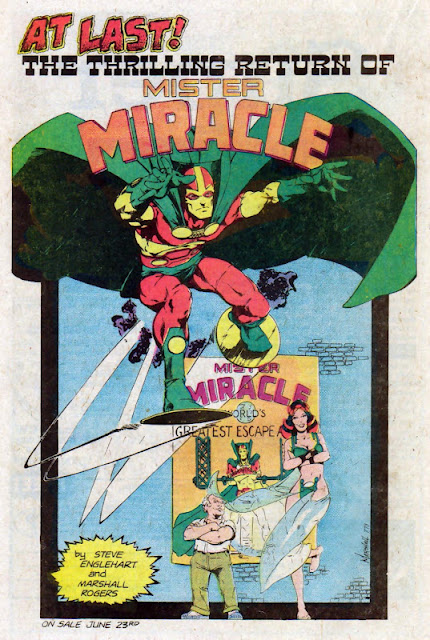 ...Teen Groove was psyched and ready when he got his hands on Mister Miracle #19 (June 1977), and lemme tell ya, I was not disappointed in the least. Not only did Englehart and Rogers craft an action-packed, explosive tale to knock my socks off (though truth to tell I usually spent my summers barefoot), but editor Denny O'Neil allowed Rogers to enlist the amazing Ilya Hunch to ink this minor masterpiece! Dig it! 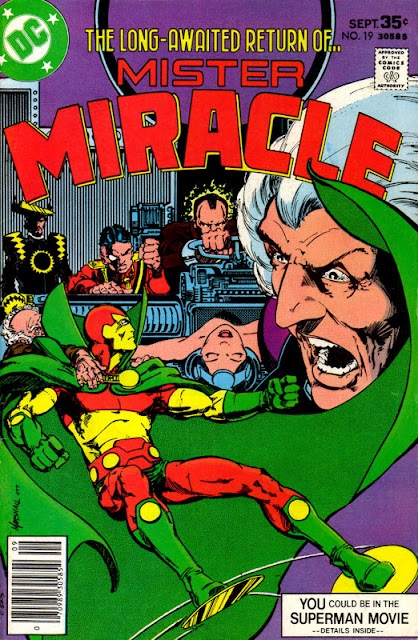 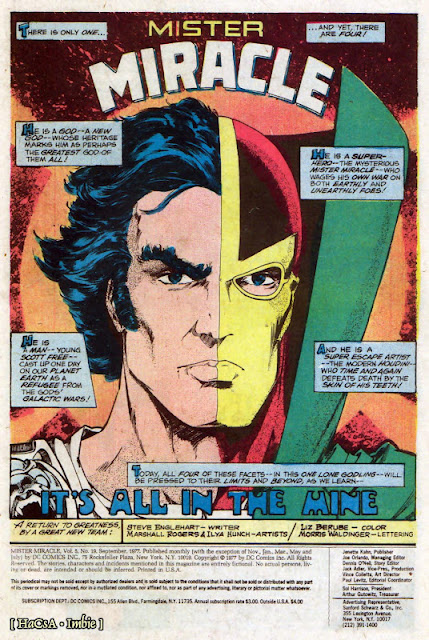 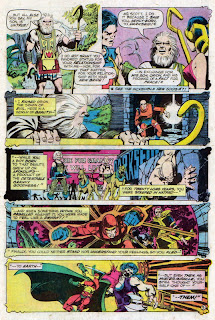 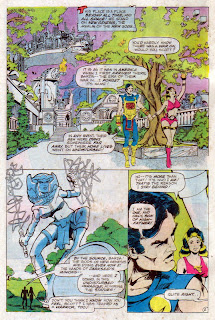 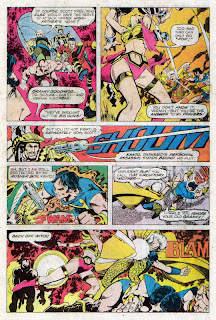 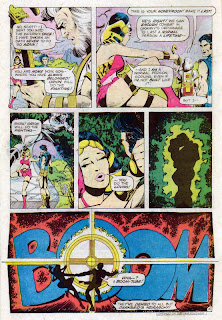 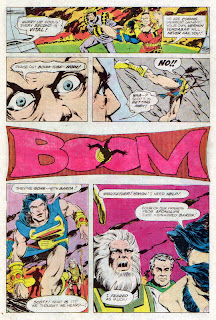 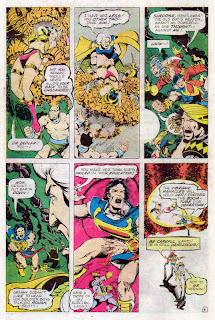 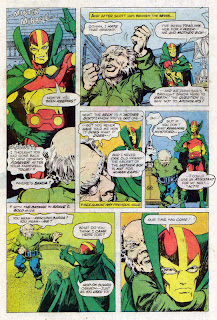 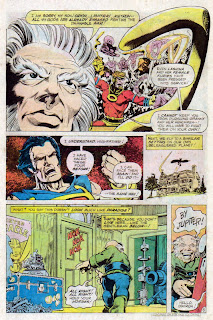 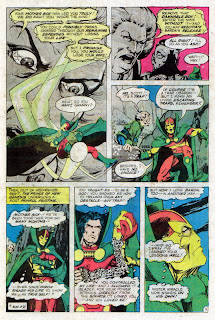 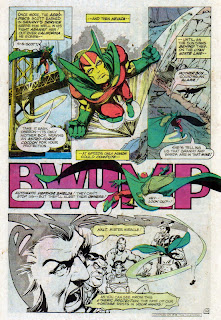 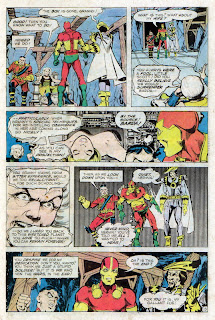 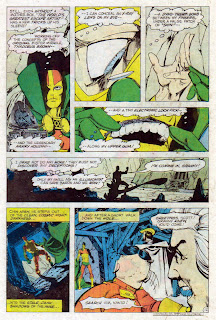 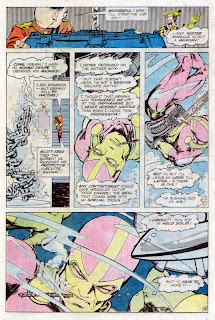 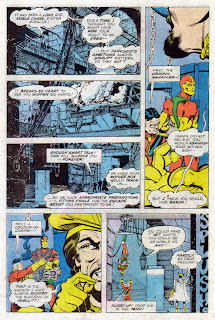 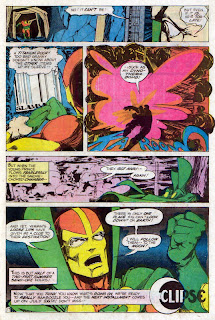 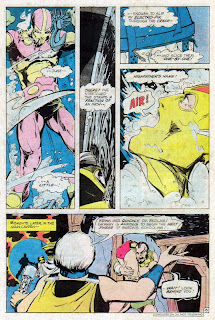 What? You wanna know who the heck Ilya Hunch is? So did we, baby! O'Neil laid the truth behind "Ilya Hunch" on us in the letters page of MM #20. Check it out! 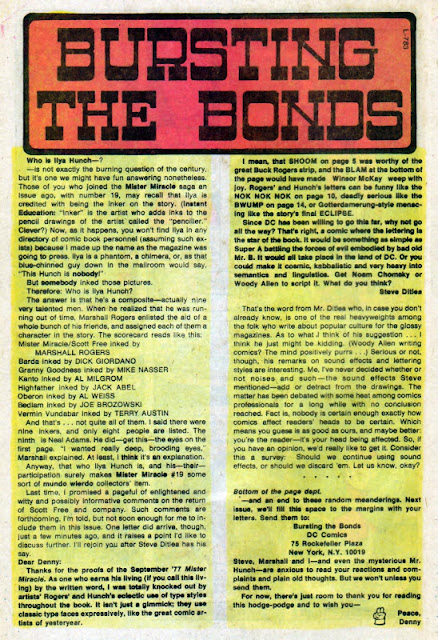 Who says Diversions can't be edumicational?
Posted by The Groovy Agent at 12:02 AM