If You Blinked, You Missed...Targitt

What it is, Groove-ophiles! It's been a while since we checked out the offerings of the far-out-yet-fly-by-night publisher that could have been, Atlas/Seaboard. This time we're looking at Targitt, a mag that was even more schizophrenic than most Atlas/Seaboard mags in that it changed identities in every one of it's three (count 'em!) three issues! 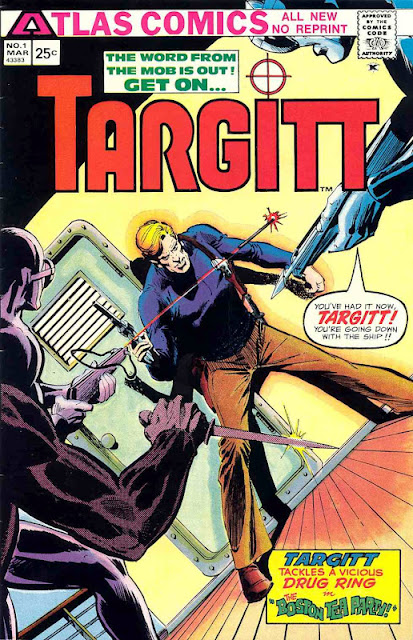 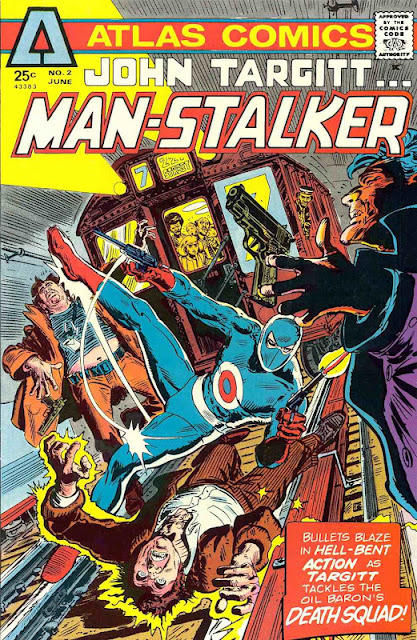 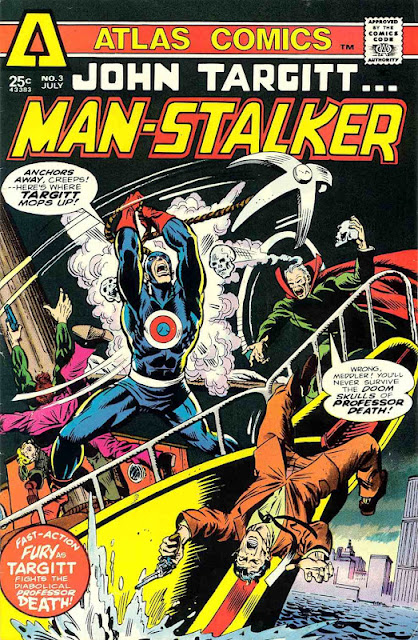 The first issue of Targitt (April 1975), written by Ric Meyers and illustrated by Will Eisner acolyte Howard Nostrand, was pretty much a riff on the popular Death Wish and Dirty Harry movies of the day. It was a standard revenge tale of a rebel cop whose family is rubbed out by the mob. It's kind of rough compared to the style of violence in Marvel and DC's mags, but that's part of what made Atlas/Seaboard cool, baby! Nostrand's art (note that Howard illoed every ish of Targitt) was kind of a blessing and a curse. I really dug his Eisner-lite art, but sometimes it was too cartoony to suit the material. Just take page 11, for example. I remember not knowing whether to laugh or not when the beret-wearing thug got his head blown off. I suppose it didn't help that I was familiar with Nostrand's art only through his work on Cracked magazine. Just take a look at Targitt #1 and see what you think... 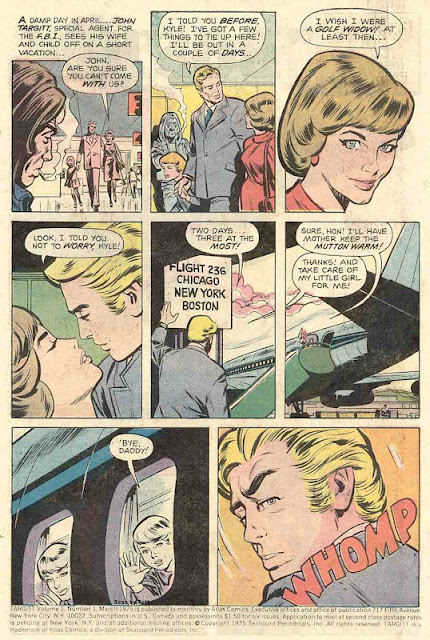 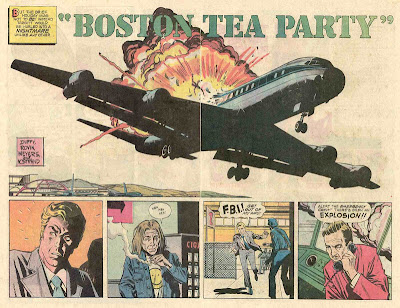 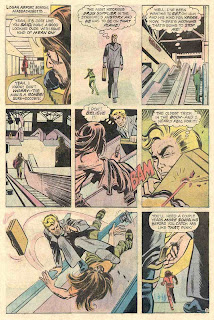 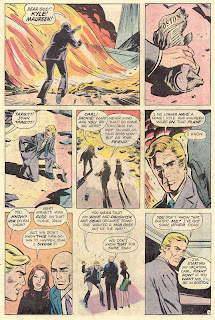 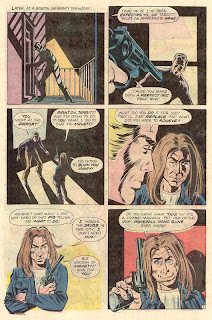 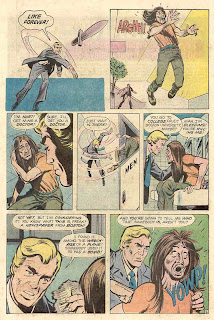 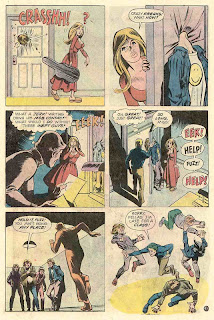 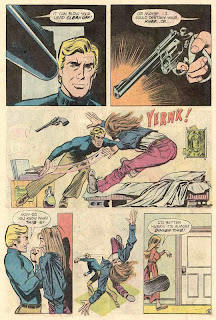 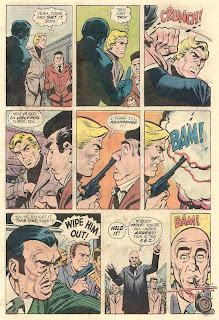 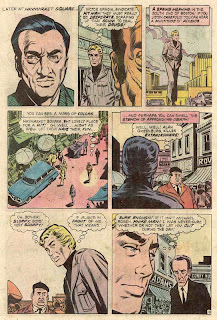 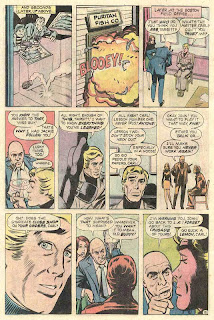 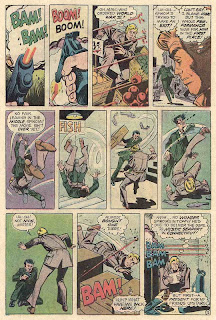 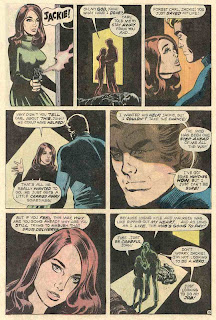 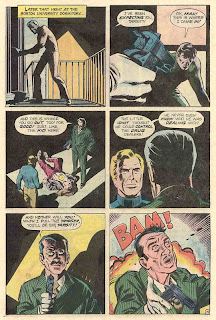 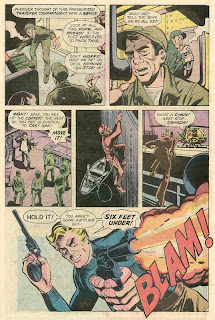 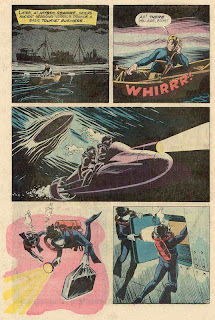 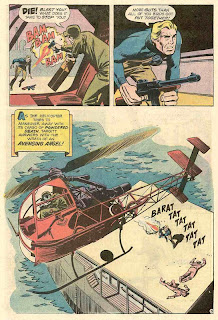 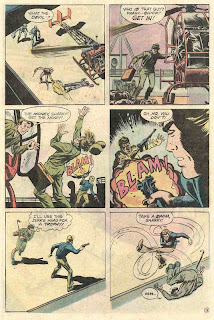 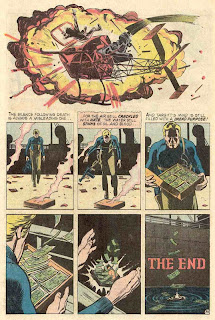 Makes you kind of go "hmmmmmm..." dunnit? In ish #2 (co-written by Meyers and Gabe Levy), the title changed to John Targitt...Man-Stalker, though Targitt didn't take that super-monicker until the final page of ish #3. He did take on a set of super-heroic threads halfway through issue 2 for no apparent reason, but hey, they looked kinda cool (though Nostrand didn't seem very comfortable drawing them)... 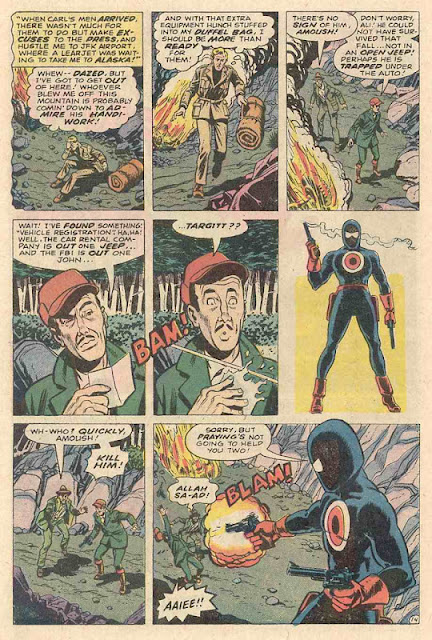 In ish 3, Gerry Conway joined Meyers at the typewriter, and the transformation to full-out superhero was done. Targitt gave up his Magnum, gained super-powers, battled a super-baddie called Professor Death instead of the mob, and gained a new attitude and mission. Targitt declared that from then on... 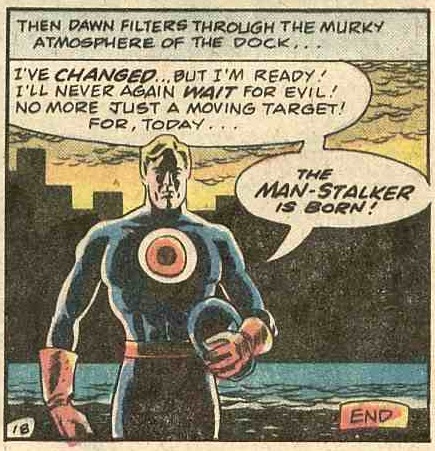 We never did get to see that pro-active, super-powered Man-Stalker in action. Those were the breaks during the Groovy Age!
Posted by The Groovy Agent at 12:02 AM