Groovy Age Gold: "The Duel of the Flying Knights!" by Samachson and Frazetta

What? Groovy Age Gold? Another department, Groove? YEP! I've been thinking (dangerous, I know)...one of the biggest turn-ons about DC Comics during the Groovy Age was their reprints of their Golden Age (and Silver Age--so yeah, the name and era can change in this ding-a-ling department) material. While Young Groove was totally diggin' the new stuff National Periodicals was producing, I couldn't help but fall head-over-heels for those ginchy Golden Age reprints that would find their way into the back of various mags (full time during the 52 page/25 cent era) or even into their own titles (Like Wanted and Secret Origins). So, thought I, why not dig on some'a those Golden Age classics I was introduced to during the Age that was so Groovy? And why not kick this new department off with something super-duper-cool--like a Shining Knight classic with awesome art by the incomparable Frank Frazetta. Oh, yeah, Joe Samachson's story is cool, too! "The Duel of the Flying Knights!" was originally published in Adventure Comics #155 (June 1950), but this particular representative of Groovy Age Gold comes to you via World's Finest Comics #205 (August 1971). Simple, no? 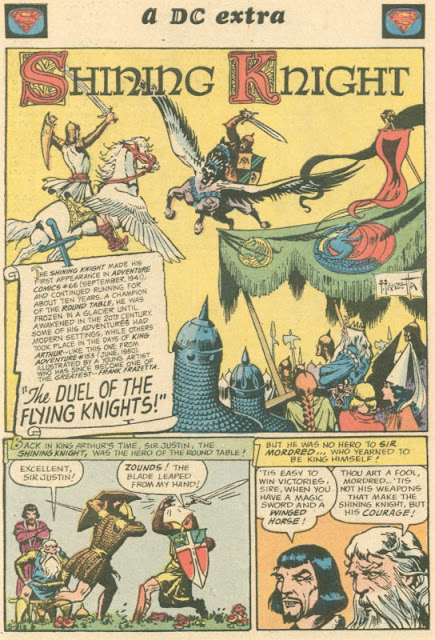 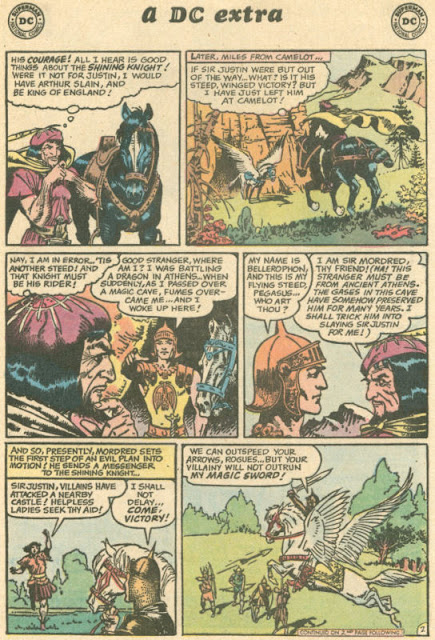 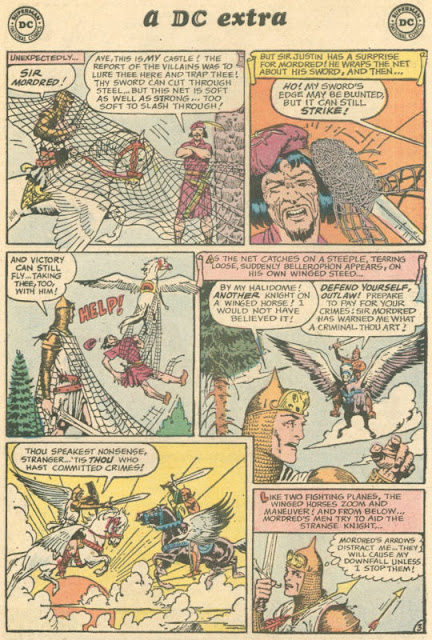 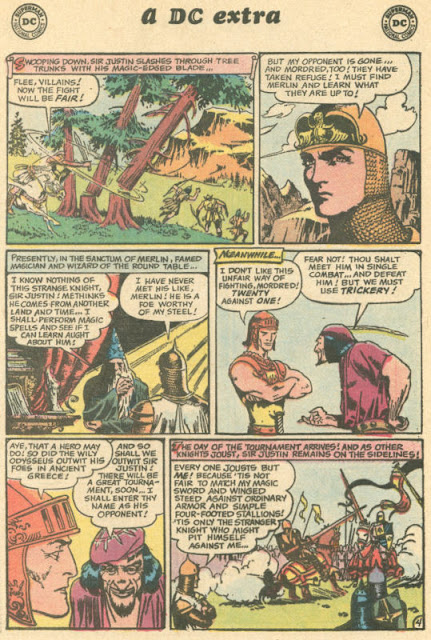 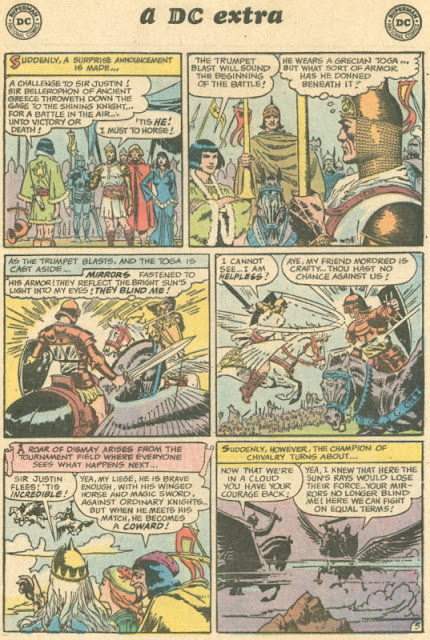 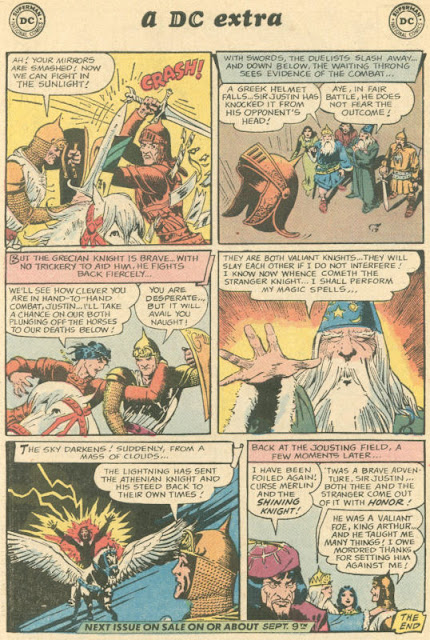