What it is, Groove-ophiles! Ol' Groove's come up with another department: "Remember When...?" Yeah, I know this whole blog is about "remembering when", but this is gonna be a little more specific, so bear with me, okay? I wanna kick "Remember When...?" off with something that only a Marvel Maniac and charter FOOMer like Young Groove would go bonkers over--the December 1975 return of the Mighty Marvel Checklist. The MMC had been a huge part of what made Marvel so cool from the 60s through the early 1970s. Sadly, during the summer of 1974, the Checklist disappeared from Marvel's mags, leaving FOOM Magazine's "Department of InFOOMation" as our sole "official" crystal ball into what was coming out when. Marveldom Assembled kept demanding its return, though, and for Christmas '75 the Mighty Marvel Checklist returned--with a vengeance! No more cramming it into the tail-end of the Bullpen Bulletins Page (as had been done toward its end). No more "here's what's coming out for the whole month" jazz. This MMC would be whole and half pages, focusing on one or two weeks worth of Marvel mags--complete with on-sale dates! Sadly, this version of the Checklist didn't last long (it disappeared in less than six months), but it was glorious! Here's a look at the Checklists for December, '75! 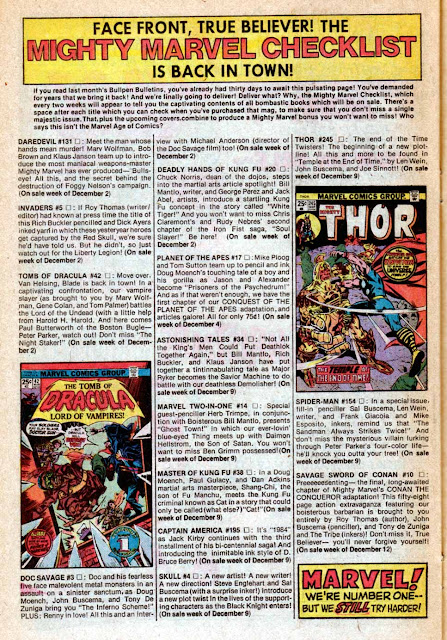 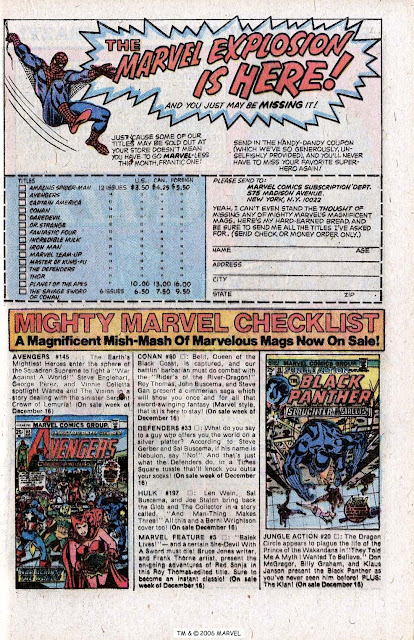 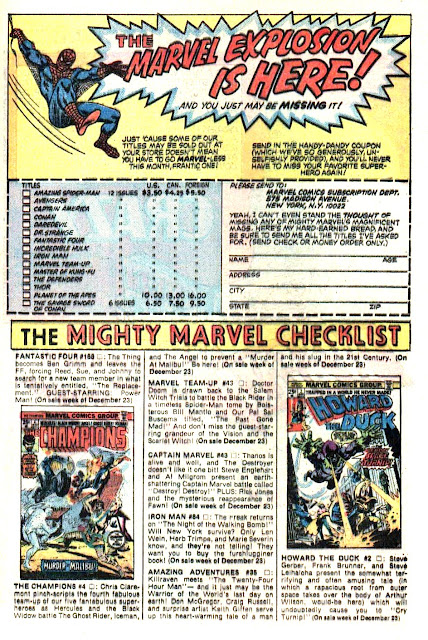 (And wouldn't ya just love to get a year's worth of comics at those subscription rates? Yowza!)
Posted by The Groovy Agent at 12:02 AM