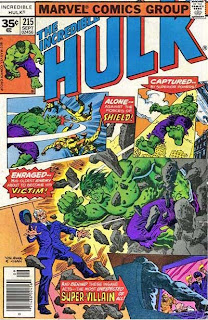 Okay, we know that in the 60's during the heyday of Marvel's super-heroes Mickey Demeo was Mike Esposito, Frankie Ray was Frank Giacoia, Gary Michaels was Jack Abel, and Adam Austin was Gene Colan. Ever wonder why all of these well-known comics artists used pseudonyms at Marvel? There had to be some good reasons, right? 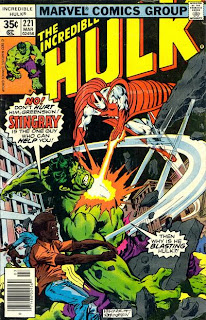 Well, my guess, going by information I had gleaned from a few conversations with Frank Giacoia and Mike Esposito years ago, is that the "big two" (Marvel and D.C.) were not all that tolerant at the time of their freelancers working for the competition. Things lightened up a bit as the years went by and those creators boldly stepped forward using their real names. Hey, not that it could have remained a secret for long, anyway. 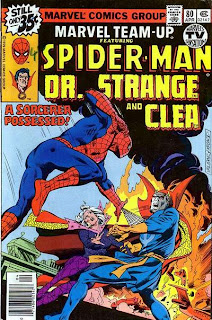 In the comics business many artists have used pseudonyms, and for many and varied reasons. In the late seventies I used the name Validar for many covers I did for Marvel. At that time I was under contract at D.C., so working for the competition could have been viewed as a legal matter since my contract was exclusive. I remember regretting that "exclusive" part almost immediately after making the deal. 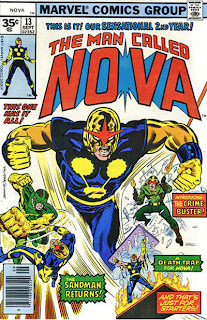 So legally I wasn't allowed to work anywhere in comics other than D.C. under my own name. Bummer. What if I wanted to draw the Hulk or Spider-Man again (which I did) or some other character I missed working on? Well, of course I did want to from time to time--and giving in to that urge at Marvel even under a fake name was particularly risky since this could have been considered breach of contract if D.C. found out and decided to do something about it. 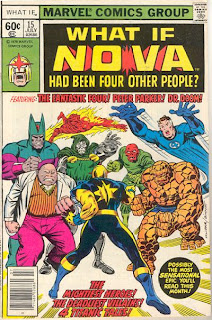 You might be wondering--why the name Validar? Was that the name of an actual person? Actually, it was. I had corresponded with a comics fan named Validar Rann Wyndhelm way back in my fanzine publishing days. We never actually met but we had an intriguing "connection" while we were pen pals for around six months. Eventually we fell out of touch. By using the name Validar in my professional work I was hoping, I guess, that he might notice his name popping up on various published works of mine and that it would eventually smoke him out and we could re-establish contact. Alas, that never happened.

Then there were those numerous covers over the years that were published unsigned for one reason or another. I can't enumerate how many times that happened. I would do a cover that I was particularly proud of and that even sometimes got inked by one of my favorites--and, oops, the signatures were left out. Very disappointing. But it does make for interesting detective work for fans who are into recognizing or guessing artists' styles and documenting who did what. 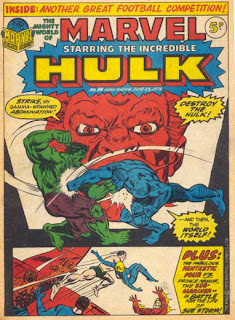 At Marvel in the late seventies there were many unsigned covers that I did for their weekly British reprints. These were especially fun to do. I recall that also Jim Starlin, Ron Wilson, and Ed Hannigan all worked on these books at various times. Starlin worked solo, but Ron and Ed and I would sometimes "jam" on many covers--they usually came in two or three at a time, sometimes more, and often were due an hour or so later!

So we mixed it up a bit on a few of those covers and that could confound the most diligent comics fan detectives (and even myself!) at times. There were more than a few covers done that even I can't sort out who did what. It's not like hardly any of these assignments stayed in my memory long because they were all drawn smaller than the standard original size and were done really fast (a half hour, usually--or an hour, tops). 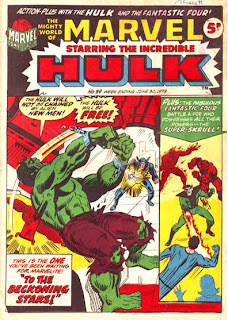 As I recall, those assignments paid about one third of the standard rate. But just because the pay was less and they were drawn fast didn't mean they had to be second rate!

I worked at a desk next to Ed Hannigan at the time in the Marvel "bullpen away from the bullpen". Ed and I were fellow young rock n' roll comic book guys--both of us "workaholics". We shared interests in music, sci-fi and comics, and we resonated so well that when it came to brainstorming ideas it was sometimes almost like we were "sharing a brain." 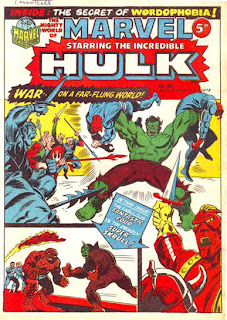 A couple of times a week youthful Ron Wilson would stop by with his latest work in tow and would hang out for a while. Ron was always fretting over something he thought he could have drawn better (but I thought, looked great). I loved his version of Ben Grimm, The Thing. We got along great (still do) but back then he also tended to "over think" things and he would get overly serious. I would tell him, "Ron, lighten up! This is fun! Remember?" I think he just pushed himself too hard most of the time. Anyway, Ed and Ron and I were always supportive of each other.

If either Ron or Ed got snagged on something I would pitch in to help solve some drawing problem or other. They knew their stuff but I already had tons of experience behind me. It was usually something minor--a hand position, or working out perspective or foreshortening, or "tweaking" a layout or super-hero pose. Ed was an idea man and could really draw--but sometimes he wasn't all that confident. And, keep in mind, when you are working under pressure confidence is a must! 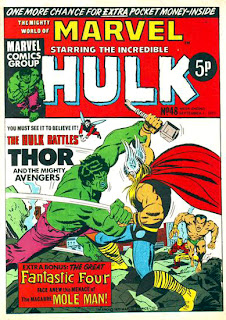 What we drew for each cover was entirely up to us. I don't know how Jim Starlin handled his assignments, but it was probably a similar situation. We just flew by the seat of our pants! Hey, no rules or guidelines, no time for changes or corrections--just do it. We were in "hog heaven".

A typical "British day" would go something like this. Tony Isabella or Jim Salicrup would wander back into our "back office" workspace early in the morning with a handful of assignments. "Hi, guys. Um, I need these done by noon. Anybody up for it?" Of course we always were! Nobody turned down the work--ever. 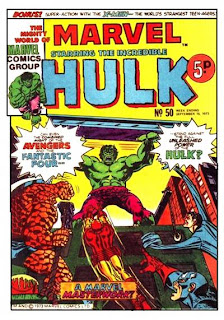 Mike Esposito and Frank Giacoia worked as a team in the main bullpen across the hall and did most of the inking. Mike did the "outlining" and "spotted the blacks" and Frank provided those masterful brushstrokes of his that gave everything a bold and detailed finished look.

So, on those "British days"--WHAM!--everything that was needed was drawn, pasted up and ready to ship by five o'clock the same day! Remember, these books were published weekly so the pressure on everybody was tremendous. Amazing, I think, how many really cool covers were done in so short a time. Talk about "grace under pressure"!

For fun, sometimes, I would depict real people in the backgrounds on some covers. On one Superman cover for Action Comics #479 I placed me and my wife as onlookers in a crowd, and next to us and more close-up I drew a wide-eyed Julius Schwartz (well, it was supposed to be Julie, but the likeness got slightly distorted by inker Bob Oksner--who, otherwise, did a fantastic job!).

This same young couple showed up again in the background of a cover I did for Incredible Hulk #223 (yeah, we really did look like that at the time--notice the very similar clothing, really very 70's--but the colorist got my hair wrong, it should have been blond). This was a "Validar" cover, so that was me being capricious and creatively "thumbing my nose" at the rule-makers--again.
Posted by The Groovy Agent at 12:02 PM