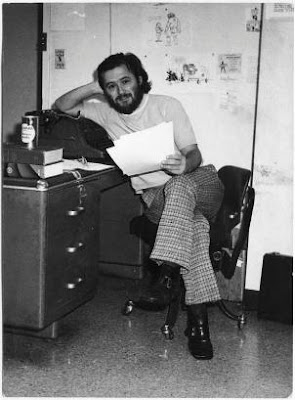 Hey, hey, hey, Groove-ophiles! Today we're celebrating the dazzling debut of one of Ol' Groove's favorite wordsmith's, Dauntless Don McGregor. Don rose from the ranks of fandom, broke in at Warren, then went on to fame at Marvel with critically acclaimed runs on Black Panther in Jungle Action and War of the Worlds/Killraven in Amazing Adventures. He also helped pioneer the direct sales and graphic novel arenas with Sabre. To say that Don was a trailblazer, an inspiration, and a heckuvva writer would be like sayin' the Atlantic Ocean is a little wet.

Don's pro debut occurred with the publication of Creepy #41's (cover-dated September 1971) "A Tangible Hatred". The hallmarks of McGregor's style are all there. The unique plot, the verbose scripting (which Ol' Groove loves, man! When I wanna read, baby, I wanna r-e-a-d!), the humanity, the challenge. Yeah, McGregor forced us to think--no spoon-fed platitudes from the Dauntless One. Jim Warren must've known he was unleashing a force to be reckoned with since he handed the art chores to the equally expressive and mind-blowing Richard Corben. Check it out! 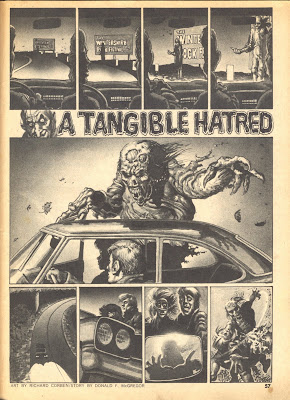 As I said, from Warren, Don moved to Marvel where he worked as a proofreader. He finally got a Marvel writing credit published in January 1973's Journey Into Mystery #4. "The Man With Two Faces" was co-written with veteran Gardner Fox (who did what? Don, if you're out there, please chime in and tell us!) and drawn by another veteran Win Mortimer... 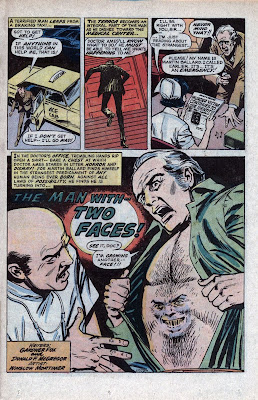 Don's first solo-writing credit for Marvel soon followed in Chamber of Chills #5 (April 1973). Another short-shocker, "A Tomb by Any Other Name!" was drawn by yet another of the venerable old guard, Syd Shores. 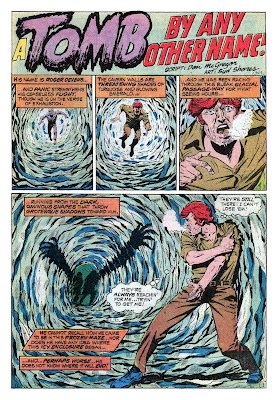 From there it was on to the aforementioned Black Panther and Killraven,plus Morbius, Power Man, and so many more. Don made an indelible mark on each character he touched. He made an indelible mark on his readers, as well. Thanks for the memories, Don! But hey, Groove-ophiles, don't go thinkin' this is a wake--no way! Don's still kicking up his heels! Check out his website and friend him on Facebook! And tell 'im Ol' Groove sent ya!
Posted by The Groovy Agent at 12:02 AM