Hey, hey, hey, Groove-ophiles! Avengers Week keeps on keepin' on with this awesome article from FOOM #6 (Summer 1974) written by Roger Stern (who later became both a definitive editor and writer of the Avengers mag from the late 70s through the 80s) with art by Marie Severin and Dave Cockrum. It's part one of the history of the Avengers through the eyes of the dude who was there from the beginning...their (usually) faithful butler, Jarvis! Yeah, it's black, white, and blue, but whaddya want for nothin'? Dig it! 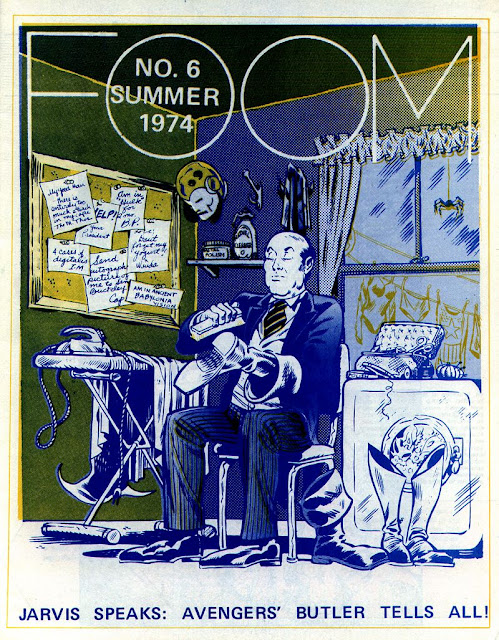 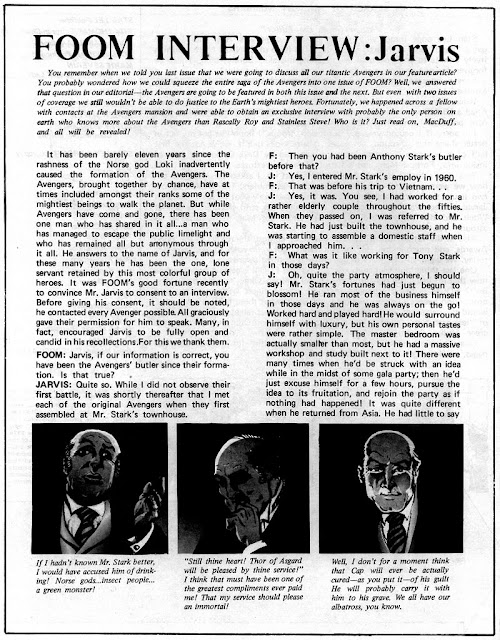 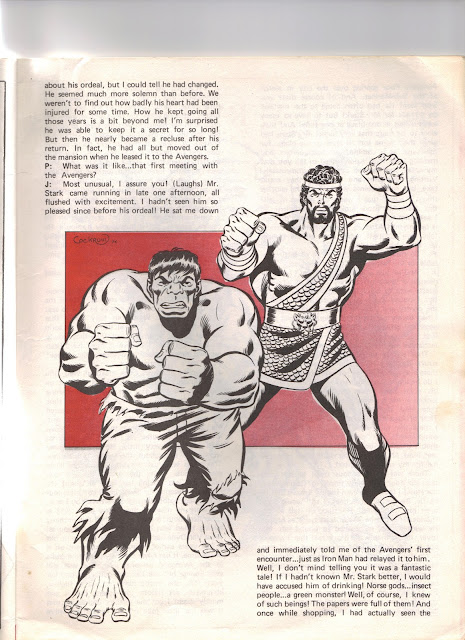 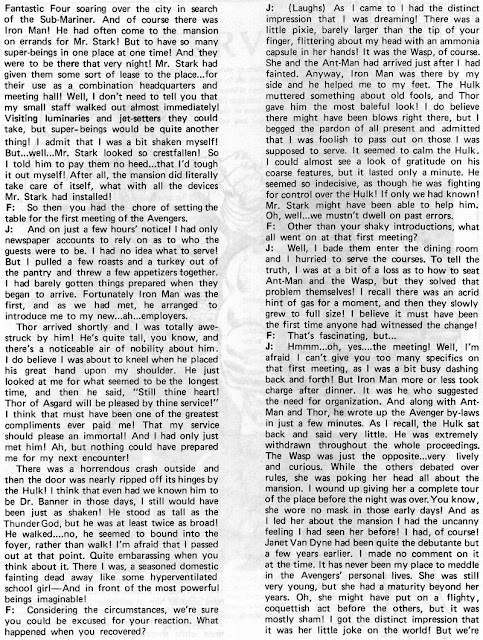 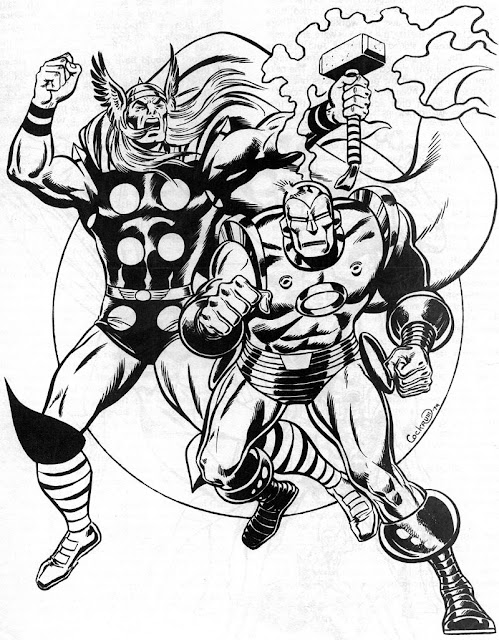 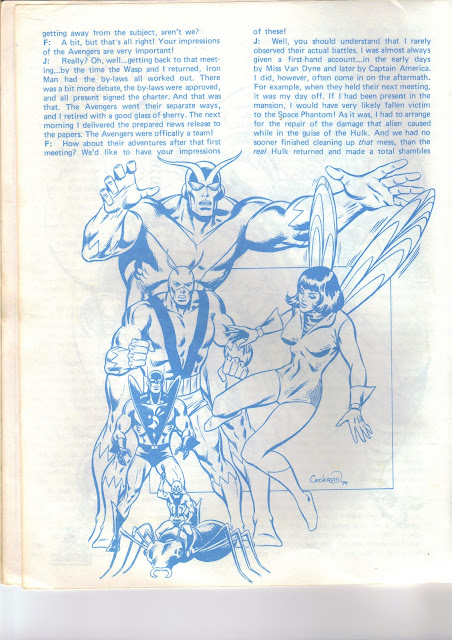 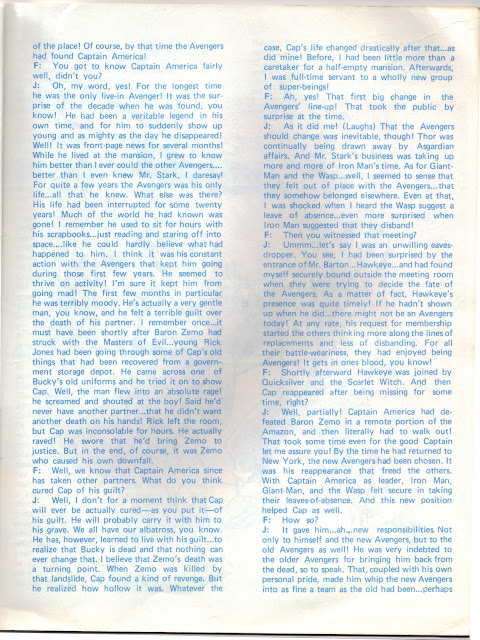 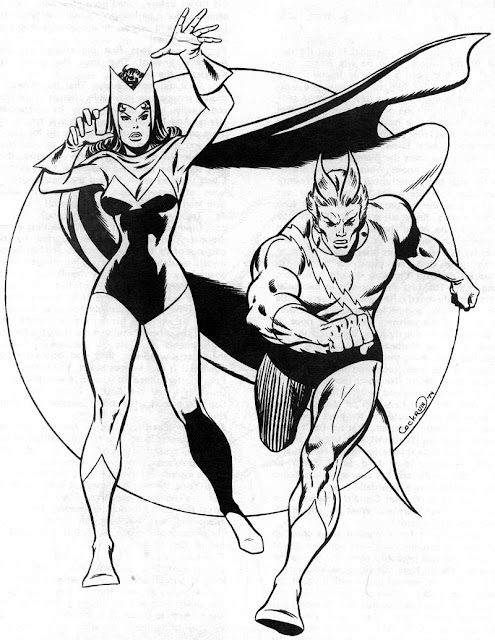 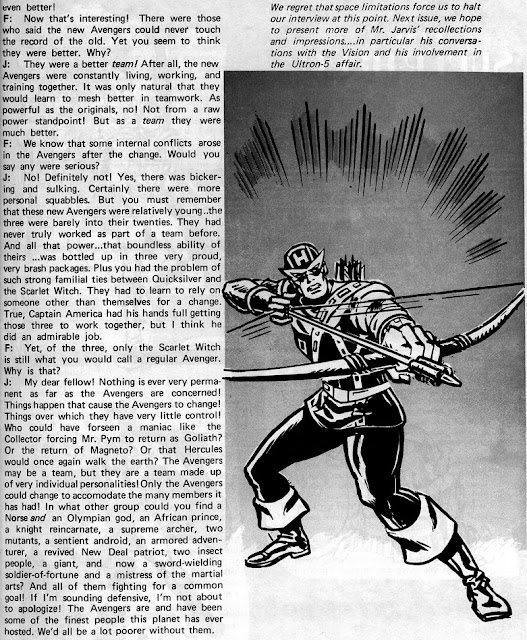 Indeed, the article's continued. Sorry 'bout that, Groove-ophiles. But hey, Ol' Groove's gotta save something for Avengers II, right?

(And a tip of the kriplah to Tony Isabella, editor of this particularly far-out ish of FOOM, for positively identifying Sterno as this article's author!)
Posted by The Groovy Agent at 12:02 AM