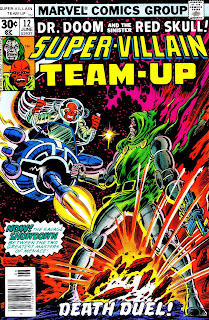 Greetings, fight-fans! Today's battle focuses on the ultimate battle between two of the ultimate evils of the Marvel Universe, Dr. Doom and the Red Skull! In Marvel Super-Villain Team-Up #12 (March, 1977), Dr. Doom sets out to the Skull's base on the moon (here you thought this Dracula-on-the-moon set-up in the new Captain Britain comics was an innovative idea--my, my you youngsters are just not with it!) with the aide of the Shroud--you'll be hearing about him in the future--and Captain America--it's complicated, don't ask-- to put the daddy of all tail-whuppins on the Red Skull, who has dared to threaten to destroy Doom's kingdom of Latveria. Got all'a that? Good, 'cause you really don't need a whole lotta explanation to set up a big brawl between the baddest baddies in comicdom, do ya? First, here's the credits: Story by Bill Mantlo, art by Bob Hall and Don Perlin! Here come the combatants... 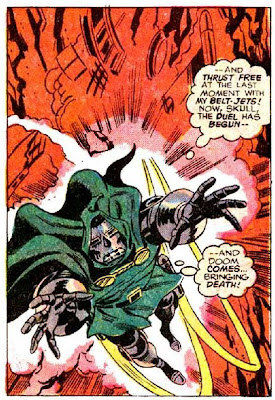 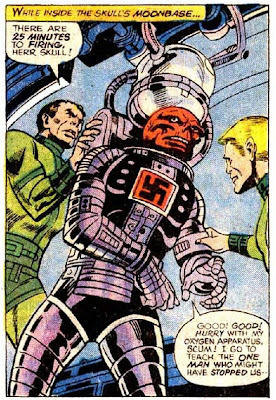 And here's the bell! 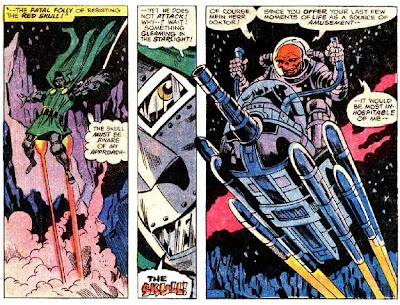 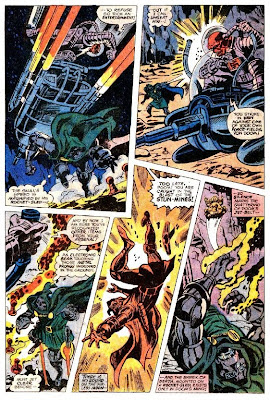 Boy, that Skull is sneaky! A rocket-sled for aerial attacks and stun mines underground! How will even Doom overcome such strategy, fans? 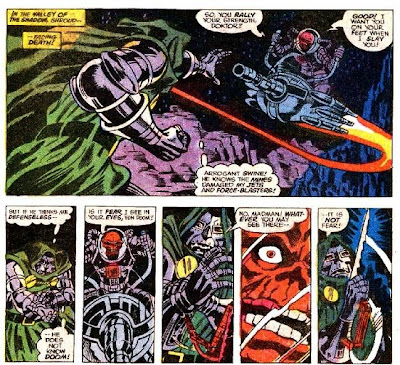 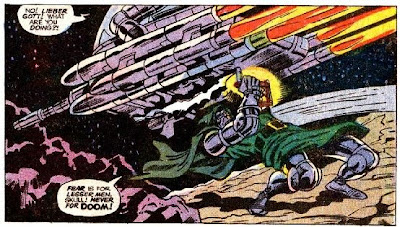 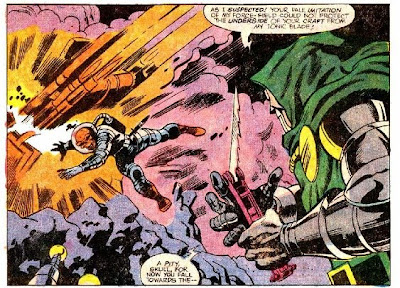 Wow! The Skull should've known Doom would have something up his armored sleeve! If losing his rocket-sled isn't bad enough-- 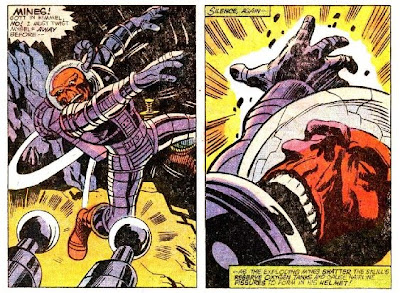 Doom has the Skull on the ropes! He should move in for the kill, but--no, he'd rather taunt than fight! Ya better close in before he gets back on his feet, Doomsy... 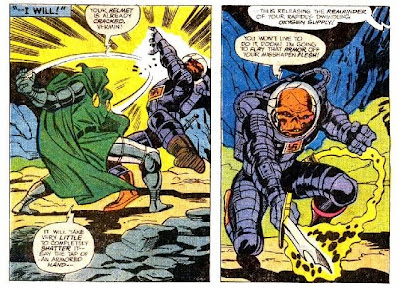 For a master strategist, Skull just made a baaaaaaaad mistake! You don't burn Doom on his looks--it only makes him mad!! 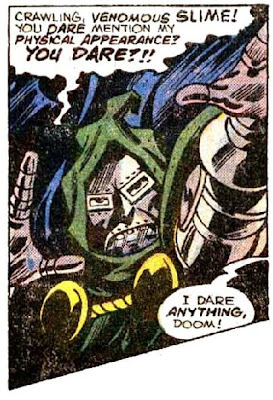 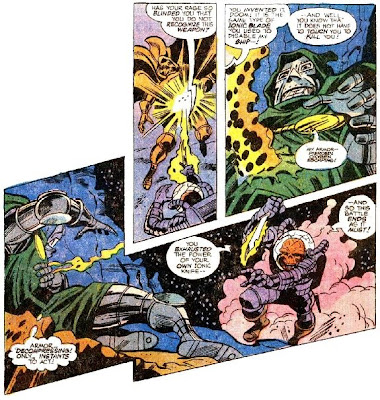 That Doom has more lives than a cat--and more gadgets than Tony Stark! The battle is back on!! Hand-to-hand, the battle should belong to Doom... 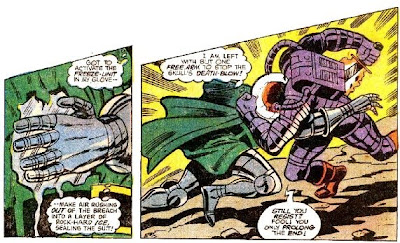 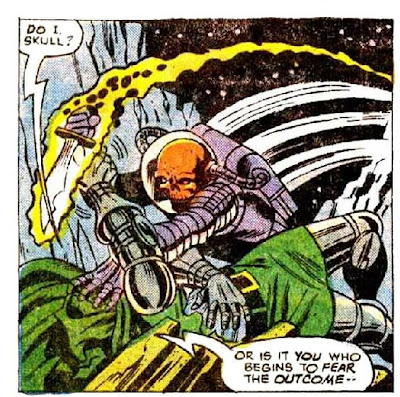 Yep! The Skull has nowhere near Doom's strength, so it's no surprise when the "hand of Doom" strikes... 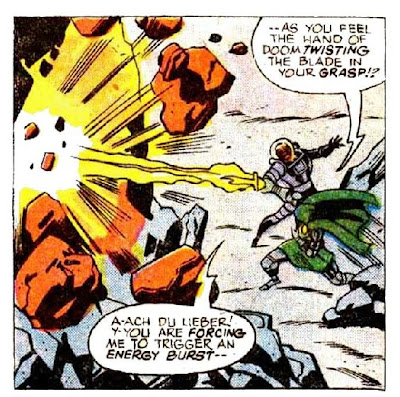 Don'tcha just love it when our bashful brawlers explain what they're doing as they do it? That one was for the Department of Redundancy Department!

But, anyway... Ya reckon the Skull has some kind of shovel built into that nutty armor of his? 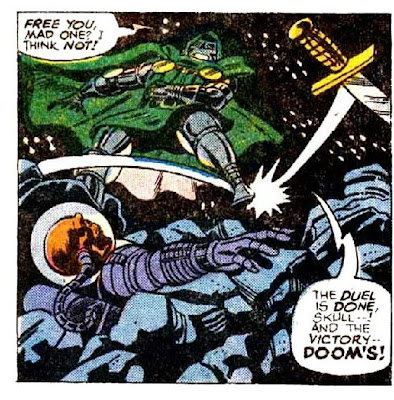 See ya next time, brawl buffs!
Posted by The Groovy Agent at 12:02 AM