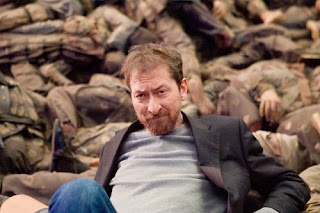 Frank Miller. The man who helped revolutionize the comics industry in the 70s and 80s with his work on Daredevil, Wolverine, and Batman. To this day, love him or hate him, Miller is still a major force in both comicbooks and Hollywood thanks not only to his aforementioned comicbook work, but for his work on Sin City, 300, the Spirit, and All-Star Batman and Robin. How does one get to be a superstar with a three-decades-and- growing resume? With lots of talent, lots of hard work, and by paying lots of dues.

When Miller first rose from the fanzines in 1978, his first two professional stories were published by two separate publishers in the very same month. Gold Key ran a three page Miller-illustrated story, "Royal Feast" in the 84th issue of their Twilight Zone comic, while DC ran a six page war story pencilled by Miller and inked (almost beyond recognition) by Danny Bulanadi, "Deliver Me from D-Day" in Weird War Tales, both released in March 1978.

A couple more Twilight Zone and Weird War Tales later (in issues 85 and 68, respectively), and Miller found himself at Marvel Comics, penciling his first full-length tale, "Meanwhile, Back In Helium..." for John Carter, Warlord of Mars #18 (August 1978). Just look at a few of the Warlord of Mars pages, and you can see Miller's art growing by leaps and bounds. Some folks are born to draw comics. Frank Miller is definitely one of 'em!

Frank's first full-length superhero story appeared in Spectacular Spider-Man #27 (November 1978). As fate would have it, Spidey was teaming with a certain scarlet-clad, blind superhero. Frank's innovative layouts, pacing, and superb action scenes caught a lot of folks' attention. Soon, Miller would become the permanent Daredevil penciller, where he would enjoy a long run (issues 158-191, February 1979-November 1982) and take the comics world by storm, not only with his art, but with his writing abilities, as well. But Frank's success on Daredevil is a post for another day! Stay tuned, Groove-ophiles! 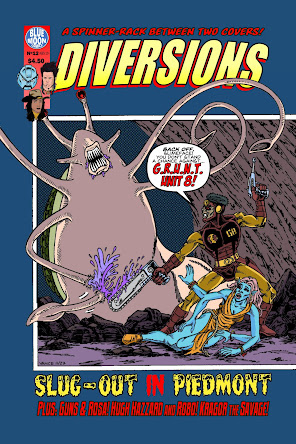