How To Make Comics the Charlton Way

Remember those really cool subscription ads in Charlton Comics circa 1974? The ones that offered that really cool looking pamphlet called The Comic Book Guide for the Artist-Writer-Letterer? 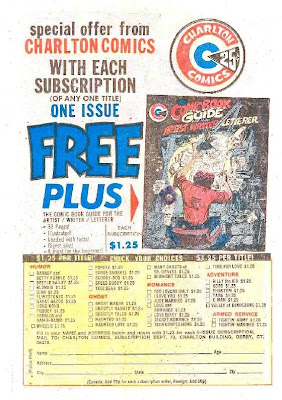 If anything could get ya to subscribe to a Charlton comic, that was it, baby!

Well, that long-forgotten, highly-treasured (finding a copy now would set you back anywhere from twenty to two hundred bucks on today's market!) little give-away was the brainchild of non other than E-Man creator Nick Cuti. Filled with gorgeous art samples by Ditko, Staton, Howard, and Sutton, along with Cuti's tips and tricks on everything from what tools to use to the wisdom of keeping a swipe-file (!) to the importance of writing your stories with the Comics Code in mind, TCBGftAWL was one handy-dandy little booklet.

What made Charlton put out such a book? Why would they share the "secrets" of making comics with anyone with a buck-and-a-quarter? As the old saying goes, "necessity is the mother of invention" (I think that was Frank Zappa...). Here's the skinny from Cuti, himself, courtesy Comic Book Artist #12 (March 2000), page 40:

"I wrote the booklet because we were getting portfolios from people at a rate of about two a day. Most of them were awful but occasionally we'd get portfolios from very talented people who just didn't know the mechanics of comic book art. So we decided to do the booklet as a quick way to help those artists. Later, we thought they might be a useful gimmick to boost our subscriptions."

And there you have it! The "Secret Origin" of TCBGftAWL! Okay, all you comicbook creators-in-waiting! Here's everything you need to know to produce your very own Groovy Age/Charlton style comics! If this post inspires you to actually sit down and create something, scan it and send it to Ol' Groove! I'll post it here for all your fellow Groove-ophiles to enjoy!

UPDATE! Sherm Cohen of Cartoon SNAP! has converted TCBGftAWL into a .pdf file you can download here! Thanks, Sherm! For your efforts above and beyond the call of duty, you now rank in the highest echelons of Groove-dom! 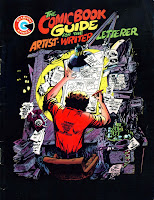 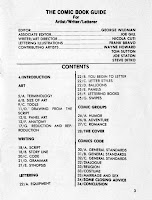 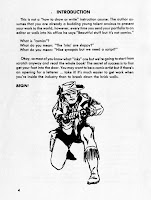 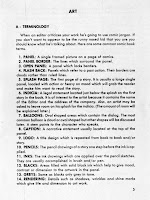 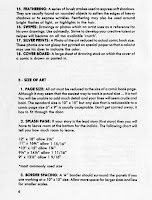 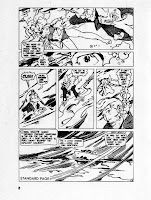 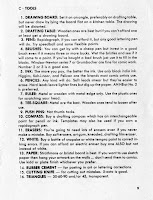 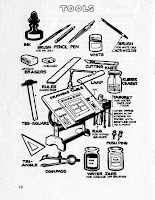 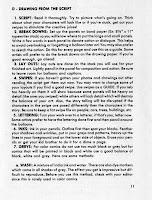 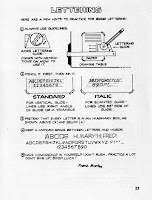 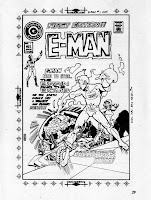 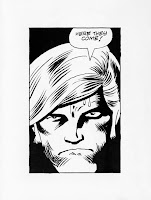 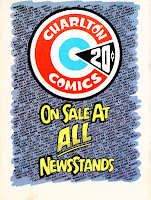