Greetings, Groove-ophiles! Well, just like I promised, I'm back with a batch of brain-bending black and white comics from the legendary Web of Horror. For more info on WoH (plus a look at Bernie Wrightson's creepy contributions) click here. If you already read last week's post, let's get on with the show!

Web of Horror #s 2 and 3 showcased Mike Kaluta's second and third professional art jobs, and were they ever doozies! It was already apparent that Kaluta's meticulously detailed, pulp-ish style was something to savor.

And dig this: it must've been pretty far-out for a young comicbook artist to be working on scripts by a legend like Otto Binder! Binder was one of the most prolific writers of the Golden and Silver Ages of comics, working on the Original Captain Marvel for Fawcett and the Superman Family of comics at DC. 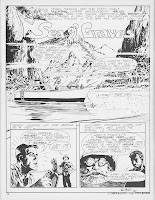 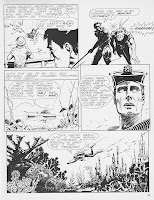 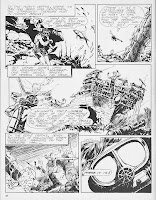 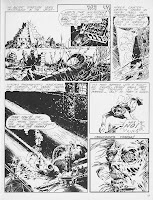 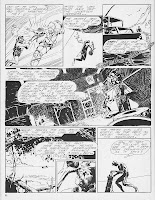 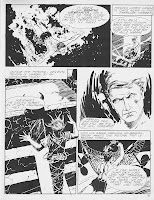 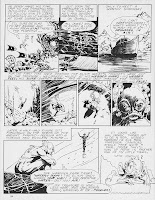 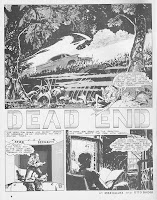 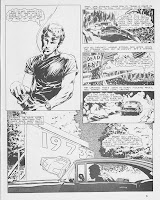 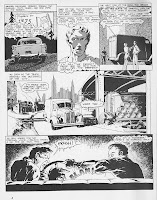 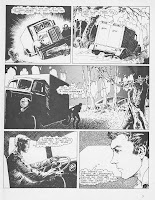 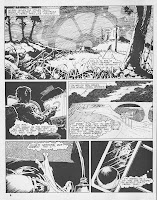 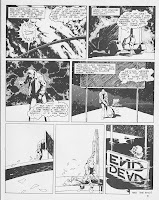 Be here next Wednesday for the big Web of Horror blow-out with more Bernie Wrightson and Otto Binder, plus Ralph Reese, Frank Brunner, and maybe even a surprise or three!
Posted by The Groovy Agent at 12:02 AM