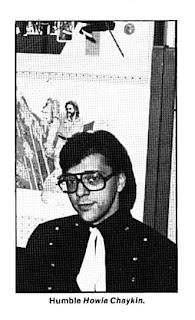 Howard Chaykin has always been one of the most awesome comicbook stylists around. (He don't suck at writing, either!) His style has morphed quite a bit over the decades, but it's always been a recognizable, sexy/hip blend of Alex Toth, Gil Kane, Neal Adams (he had assisted both Kane and Adams, by the by), Frank Frazetta (especially in the early days), and the great magazine illustrators of the 1930s. Except in his earliest work. Take for example his debut art job for DC. When Chaykin's pencils first appeared in Forbidden Tales of the Dark Mansion #7 (July 1972), they were inked by the extremely talented but awesomely overpowering brush of Tony DeZuniga. The slick, angular style we would come to know and love "Humble Howie" for was buried under DeZuniga's rough-yet-elegantly illustrative style. Not to say the Chaykin/DeZuniga combo wasn't pleasing to the eye--it was!--but it didn't give fans a real idea of where Chaykin's art was going to take us in near the future. See for yourself, Groove-ophile! Here's "Eye of the Beholder", written by Bob Kanigher. 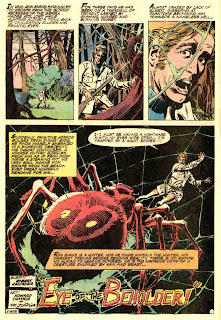 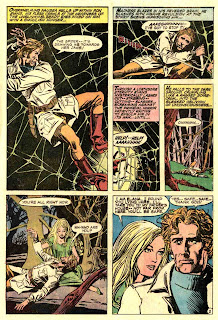 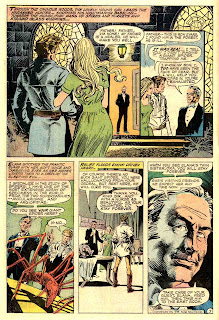 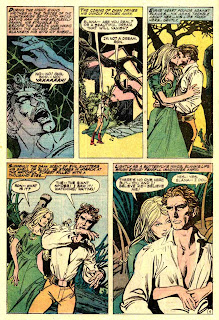 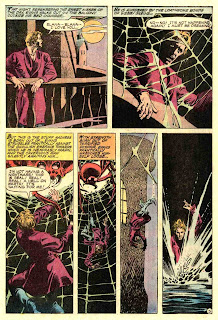 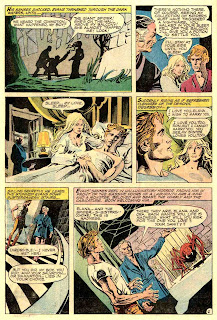 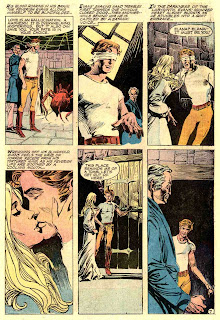 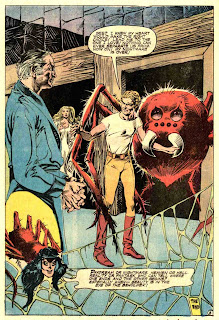 Chaykin's second pro job (a mere month after Dark Mansion #7) for Marvel's Fear (starring Man-Thing) #10 was also inked by an awesome-yet-overpowering master of the pen and brush, Gray Morrow. Here are a few sample pages: 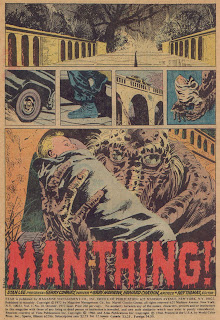 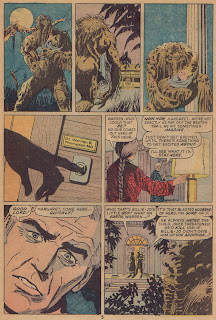 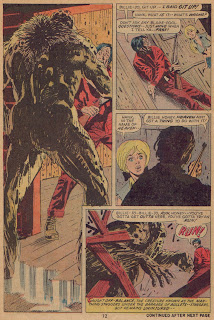 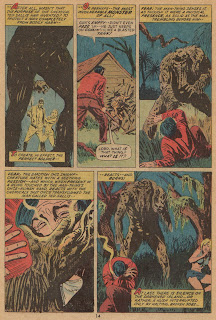 Now, wouldn't ya just love a shot of pure Chaykin? How's this for starters? From the back pages of DC's Tarzan #216 (October 1972), Howard both pencils and inks an episode of Beyond the Farthest Star (written by Marv Wolfman). 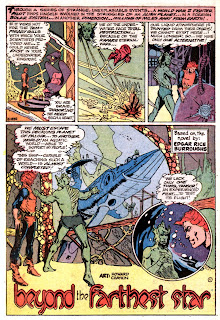 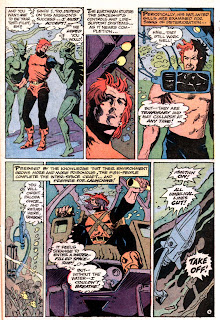 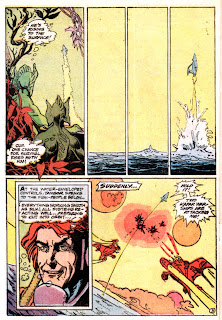 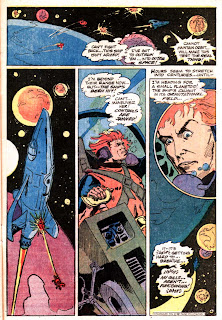 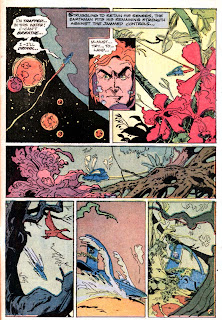 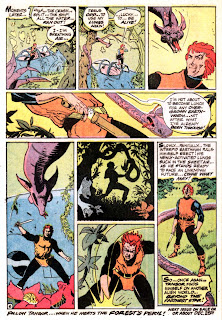 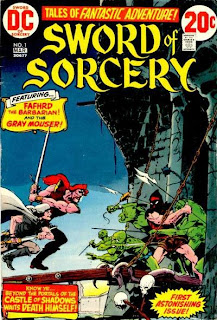 That's all ya get today, but before ya know it, Ol' Groove'll be tossing an SoS post your way. And Iron Wolf. And Tales of Atlantis. And Dominic Fortune. And Star Wars... And... Stay tuned! 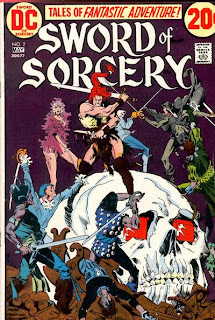 Update: Kevin Knowlan has informed/reminded/etc. me that the cover to SoS #1 is the work of Mike Kaluta; some sources disagree with this assessment (GCD credits the art to Chaykin and the Crusty Bunkers, f'rinstance), but Kevin's a pro and I'm not, so I'm taking his word for it. I'm leaving it up for discussion's sake , but here's the cover for SoS #2 (February 1973) by Chaykin and Wrightson. This one's signed, so I'm pretty sure I'm getting it right this time. Not even Ol' Groove is perfect. I know, I know...
Posted by The Groovy Agent at 12:02 AM