"I am trying to track down a graphic novel I read as a kid but have not seen since. It was a big hardcover book with a spaceship on the cover. The story opened with ac spaceship crashing in a swamp where a father and son are fishing. Inside the ship are relics of an alien race which look something like ancient Greece culture in design. A scientist, young and eager, begins to try to translate the alien language of a book inside the ship, but it is not until he is an old man that he cracks the code and is finally able to read the story of this distant race. What follows are a series of linked short stories telling of this alien race (I think they had blue or green skin) who are mostly a mash up version of ancient Greek mythology, both in look and content, but with sci-fi elements thrown in. One of the stories tells of an old man retiring after years of service who, as part of an age-old custom, floats in a boat down a river into a tunnel where all the old people go to retire and live their lives in peace. But instead within the tunnel he is captured and put to work in a slave gang along with the other old folks, in a Logan's Run style reveal. Luckily some of the youngsters he has left behind investigate and are able to save him and the others. The only other image I recall is of one of the characters being strung up on a really tall flagpole that reached into the upper levels of the sky where fierce birds would tear him apart (which was a form of execution in this world). I have fond memories of the book which was a mainstay in my school library along with Asterix and Tintin. The art was sort of like the Eagle stuff from the 80s, so it might be English, although in retrospect it might be European in origin (not sure). If you have any idea what this book is called or, if not, of anyone else I can ask in hopes of tracking it down, I would greatly appreciate it."

Now is the time for all good Groove-ophiles to come to the aid of his fellow comicbook fiend! If you can help Darran out, please leave us a note in the comments. And may the Vishanti smile upon those who helpeth!

ITEM! I've been meaning to mention Mighty Mark Davis' wonderful Official Red Lion Publications Forum in which he, publisher Jazzy Jon "A" Gilbert, other fans, and even Ol' Groove discuss what's to come in the future of Red Lion. Mark also runs lotsa posts on the happenings here at DotGK. Thanks, Mark!!

ITEM! Hey, we've gotta check out a blast from the past, don't we? Dig this short shocker from Time Warp #1 (July 1979) by Mike W. Barr and Tom Sutton. You're gonna be seeing a lot of Terrific Tom's art coming up in October as we begin the Halloween Countdown for 2009! 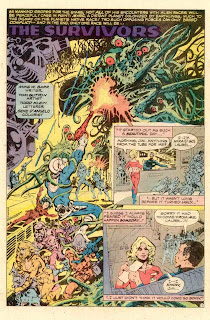 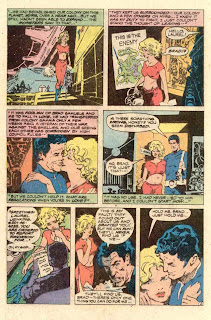 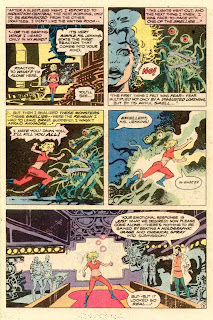 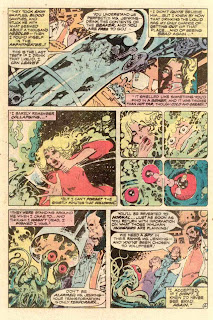 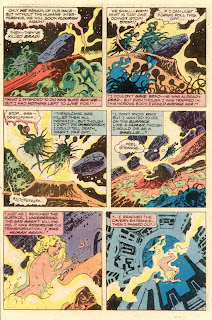