Black and White Wednesday: Jason Monarch by Lillard and Craig

Hey, hey, hey, Groove-ophiles! Here's a black and white mag you might've missed back in early 1979, Jason Monarch #1. Published by an indy outfit called the Omnibus Publishing Company, this b&w one-shot was planned as a color mag but certain conflicts (most likely cash flow) forced them to put the mag out as a b&w. That was (and still is) par for the course for most small companies, so it really wasn't a problem. Omnibus did a good job of putting together a nice creative team, an unknown (to moi, at least) author by the name of Dave Lillard and sometime Atlas and Marvel artist Jim (What If...?/Master of Kung Fu) Jim Craig.

Jason Monarch, obviously, didn't set the world on fire. It cashed in on the Star Wars craze with nods to other sci-fi mags (like DC's Star Hunters), but it was well-written and featured some of Craig's best art. In the early 80s it could'a been a contender, but in the late 70s, it was hard for a non-Marvel/DC mag to get noticed. Want a look at this forgotten diamond in the rough? You got it, baby! 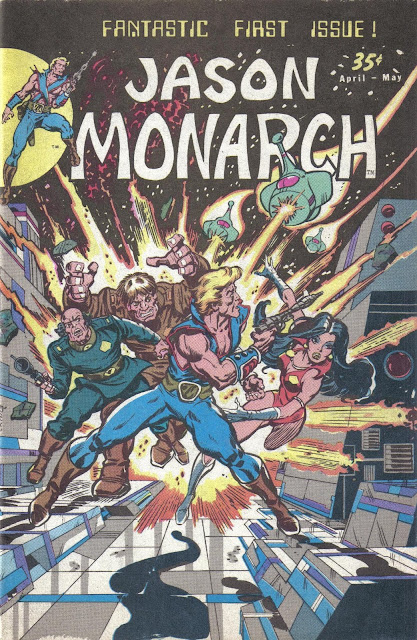 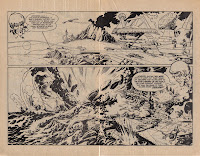