The Boys from Derby: "Night of the Wolf" by Gill and Sattler

What it is, Groove-ophiles! It's been quite some time since we looked back at Charlton's nicely done rip-off of TV's Kung Fu, Yang. I think if Charlton had gotten the rights to that hit show (as they had with The Six Million Dollar Man, Emergency, and other TV properties) it probably wouldn't have been nearly as good as Yang, baby! High adventure, Oriental philosophy, and horse opera collide in issue #8's (March 1975) "Night of the Wolf" by Joe Gill and Warren Sattler. 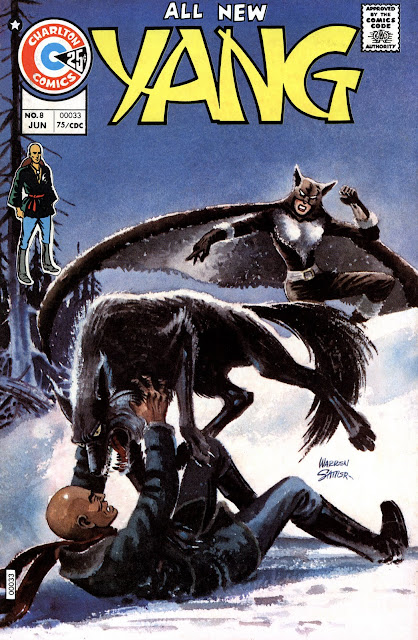 Ol' Groove has to be honest, Groove-ophiles--the more time I spend with Sattler's art, the more I dig it. It's funky and unique, but also very authentic and intricate. Whadda you think?
Posted by The Groovy Agent at 12:02 AM