Secret Origins: The Sub-Mariner by Thomas, Andru, and Severin

Greetings, Groove-ophiles! In 1939 Marvel Comics got its start with a mostly-forgotten group of characters, but a few of those characters, The Human Torch, Ka-Zar, and today's subject, Prince Namor the Sub-Mariner, caught the imaginations of enough folks to keep them around in some form or another for the better part of 70 years. Bill Everett's Sub-Mariner, though never as popular as later Marvel creations like Captain America or Spider-Man, has made his presence felt in every decade, his popularity ebbing and flowing like the ocean waves that spawned him.

Personally, Ol' Groove has always dug Prince Namor. His powers, his regal bearing, those crazy eyebrows, pointy ears, and ankle-wings made him kinda cool. I think what really sold me on him was the Roy Thomas version from the early 70s. Roy made Subby seem as majestic and important (though not as cosmic) as the Mighty Thor. Just dig on Roy's regal retelling of Namor's origin (with impeccable art by Ross Andru and John Severin) from Sub-Mariner #38 (March 1971). 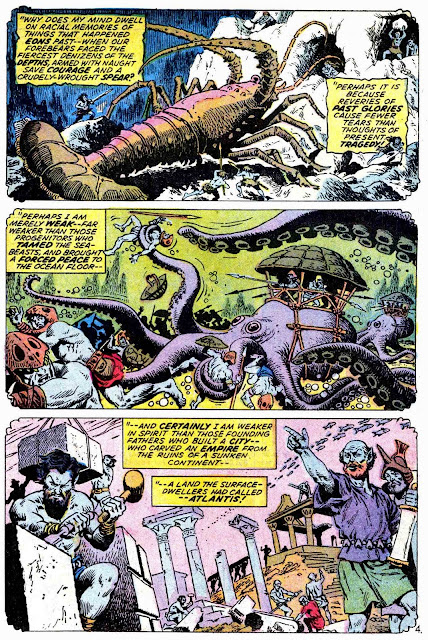 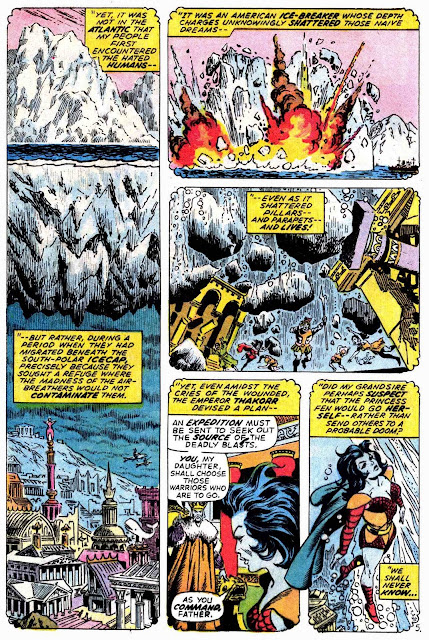 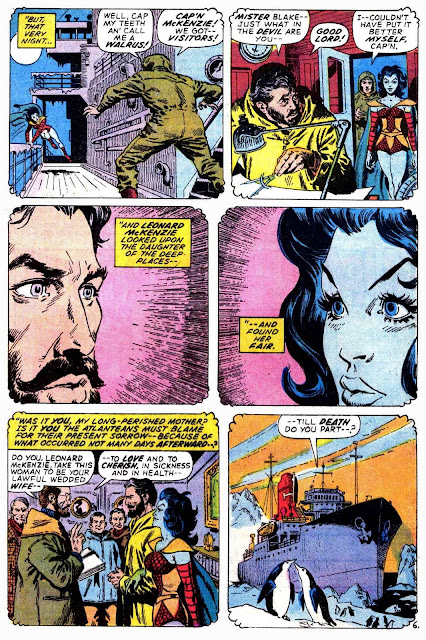 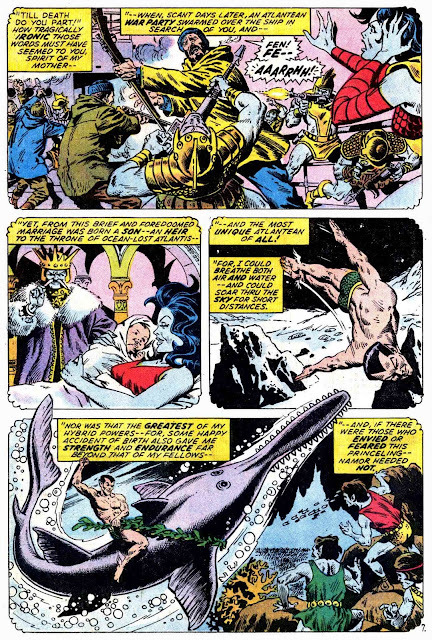 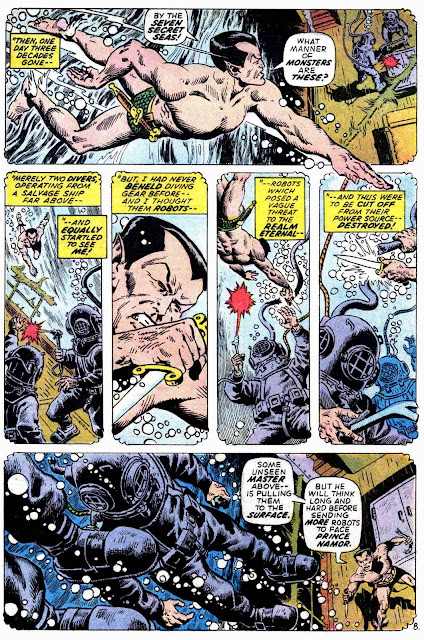 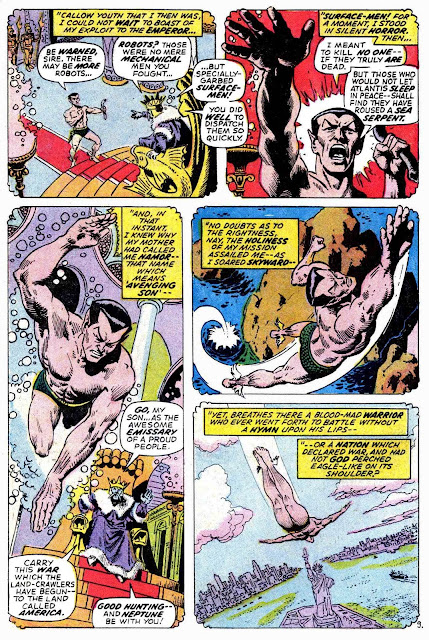