The Badness of Black Bolt 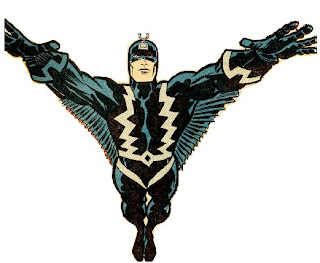 Who's the black clad king
Who can't whisper, speak, or anything?

He's an Inhuman
And no one understands him but his woman

Okay, enough zaniness! Comics! When Stan and Jack unleashed the Inhumans on the unsuspecting comicbook world over 40 years ago (Fantastic Four #45), they created one of the most cool and unique characters, ever--Black Bolt. 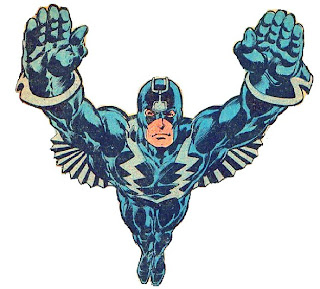 For a couple of years, the King of the Inhumans co-starred with his royal family in their own Amazing Adventures series (issues 1-10, March, 1970-October, 1971). During this time, he established himself as a multi-faceted mute of many moods. With his super-strength, flight, powers of energy manipulation, and sonic voice (his whisper could equal the force of an atom bomb!), Black Bolt's badness is something to see, Groove-ophile!

BB and the Inhumans went through three artistic phases during their stay in Amazing Adventures. The series started under the talents of writer/artist Jack Kirby. When King Kirby left Marvel for DC, the team-supreme of writer Roy Thomas and artist Neal Adams took over. For the final two issues, writer Gerry Conway teamed with legendary Silver Age JLA artist Mike Sekowsky. Let's see how the various creative teams affected midnight-clad monarch's many moods, shall we?

First of all, Kirby shows us that the formerly peaceful Black Bolt can be riled into a hawkish stance as he declares war on humankind... 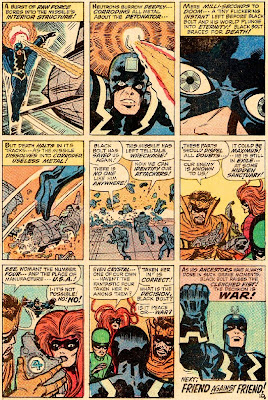 Roy and Neal's BB was much more serious. First of all, he really, really seems to hate muggers... 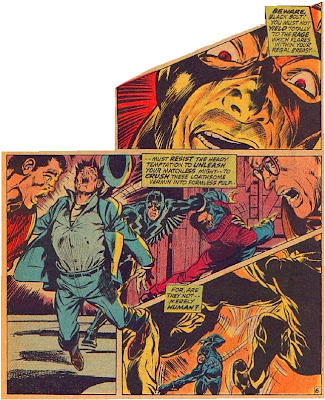 Our boy Bolt was also something of a social activist under Thomas/Adams (does it really take amnesia for royalty to develop a social conscious?) 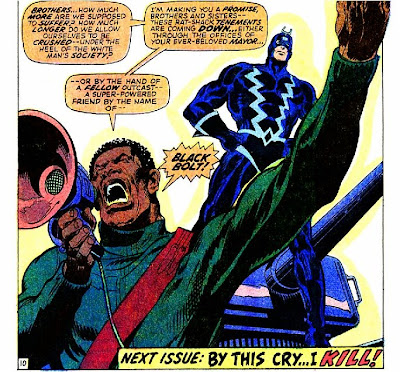 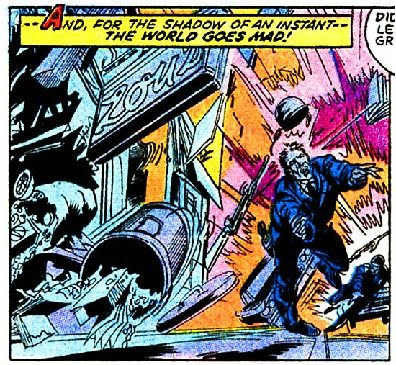 Lastly, Conway and Sekowsky's Black Bolt seemed to show a bit of prejudice towards mutants. Or perhaps Magneto simply stomped on his last raw nerve... 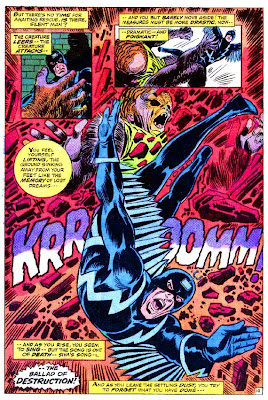 Whatever the case, one thing's for sure. Loose lips do a lotta damage when your vocal chords have been altered by Kree/Inhuman science. No wonder the guy never smiled!
Posted by The Groovy Agent at 12:02 AM