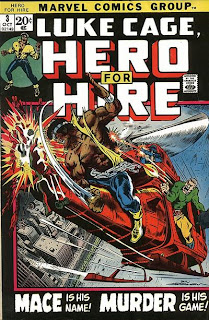 No, ya turkey, not the Reverend B.G., the comicbook artist par excellence! Ol' Groove can't find a lot of information about the amazing Billy G., except that he was also a sometimes actor and stuntman (even appearing in a beer ad back in the 70s) who passed away sometime during the 1990s. His comicbook legacy, though, is pretty amazing for a dude who worked in the industry for a comparatively short time. 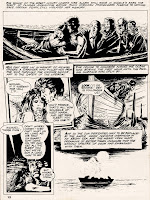 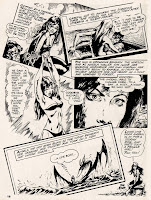 As you can see, his inking was quite lush and organic, which led him to gaining work at Marvel Comics. That work, natch, included helping create Luke Cage, Hero for Hire (aka Power Man, member of the Defenders, the Fantastic Four, Heroes for Hire, and of course the Avengers) along with doing lots of inking (usually over George Tuska) and some penciling on that title, as well as a nigh-legendary stint as artist on the McGregor-scribed Black Panther strip in Jungle Action (issues 10-22). 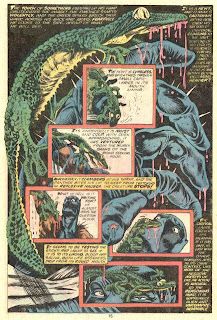 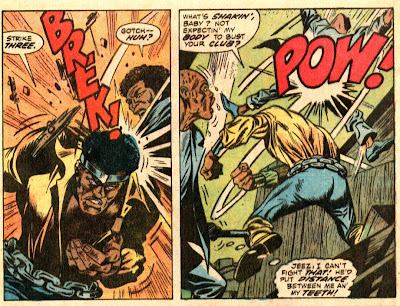 Graham also took some side-trips into Marvel's supernatural mags, like Journey into Mystery, Haunt of Horror, Vampire Tales, and Monsters Unleashed. Check out "More Than Blood", written by George Alec Effinger, from Journey Into Mystery #2 (September, 1972).