Saturday Super-Smack Down: the Thing vs the Hulk 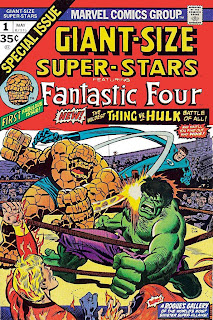 Welcome back, fight fans! What we have here today is one of the wildest Thing/Hulk battles of all! From Giant-Size Super-Stars #1 (February, 1974), here's Gerry Conway, Rich Buckler, and Joe Sinnott's titanic twist on the monolithic Marvel match-up!

First, let's set the stage... The Hulk is back in New York! Reverting to his true self, Bruce Banner, he heads for the Baxter Building, hoping Reed Richards is there and can help him come up with a cure for his hulking-out. Reed's gone, but bashful Benjamin Grimm, aka the Thing, is there. Over coffee, they discuss Reed's attempts at curing the Thing, when Ben mentions a contraption called a "psi-amplifier"... 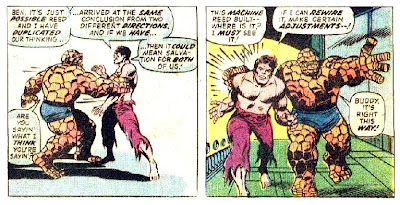 Banner makes some alterations on Reed's invention, hoping it will cure both himself and Ben. They hook up to the contraption... ...and of course, things just can't go as planned! 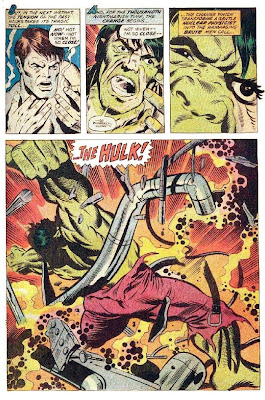 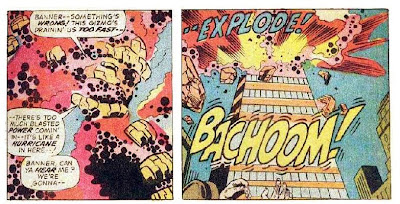 In fact, this time, things go wonkier than usual as Ben learns... 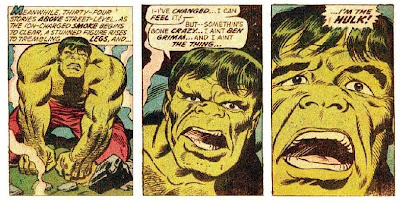 All of which leads a confused, and always agitated, Hulk--who's now in the Thing's body mind you--to attack his own Ben Grimm-inhabited bod! 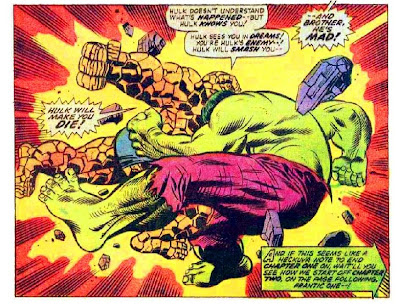 No need for a bell, fans! This fight is on!! 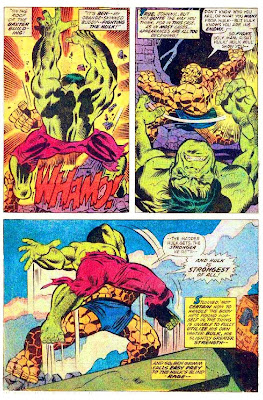 Meanwhile, the Femizon known as Thundra (who's got the hots for the Thing at this time) stumbles across the battling behemoths. She wants to help the Thing, not realizing he's now the Hulk (getting confused yet?) and takes a clobber to the kisser for her troubles! 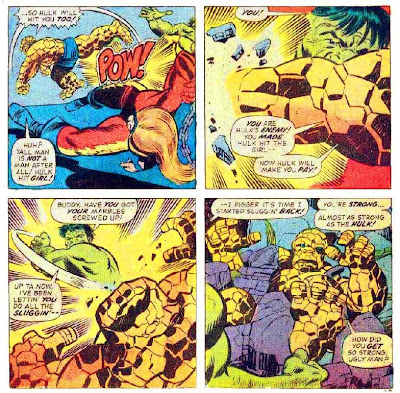 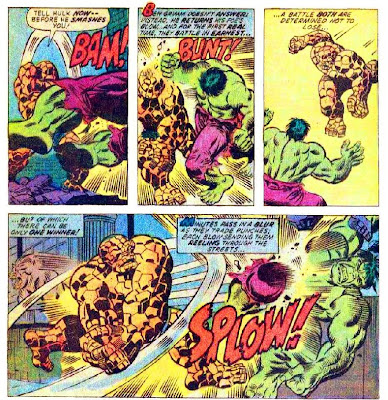 It looks like the Hulk-Thing (Banner) has the Thing-Hulk (Grimm) on the ropes, but then-- 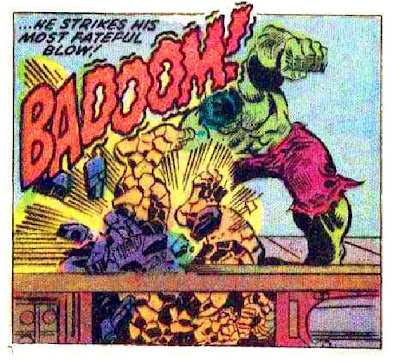 The fight moves underground to the subway, where a furious Thundra catches back up with our buffed-up brawlers... 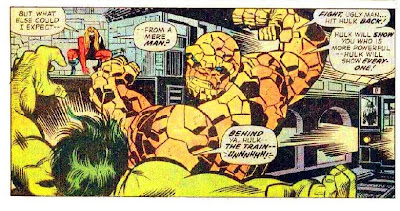 Thundra, the Hulk-Thing, and the Thing-Hulk avoid getting run over by the subway train and fight their way to the surface where they find themselves literally replacing a main event boxing match! And that's where Ben's buddies in the F.F. finally catch up to them... 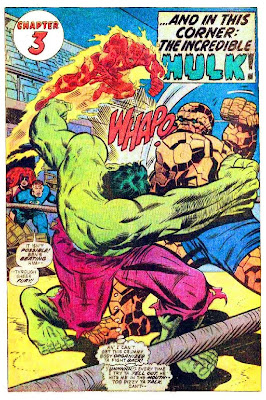 As Reed watches the two man-monsters duke it out, he figures out the sitch, concocts a cure right there at ringside, and... 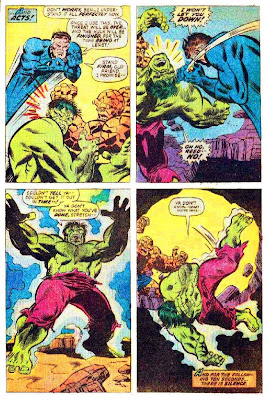 ..it works! As the Hulk reverts to Banner, his mind returns to his own bod, as does the Thing's. But wait! The fight's not over yet! 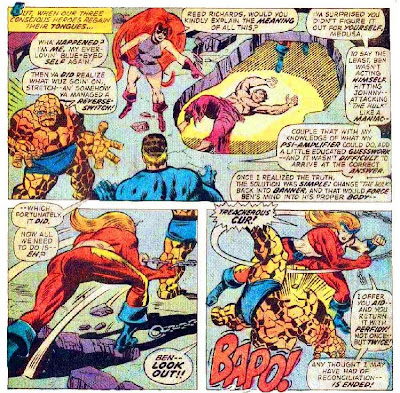 See ya next time, fight fans!