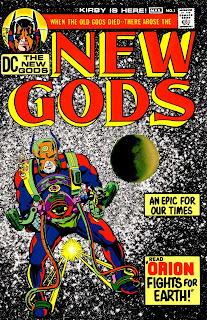 I know that enough has been written on Jack Kirby's 1970 move from Marvel to DC to fill several volumes. I also know that enough has been written about Kirby's legendary Fourth World mags (New Gods, Forever People, Mr. Miracle, and to some extent Jimmy Olsen) to fill another several books as well. But Ol' Groove just has to get in his two cents on the fabulous, far-out Fourth World, too, dig? But I wanna do something different.

What to do? Well, I says to myself, "Self, you were just a pup when Kirby left Marvel for DC." And I was right! At 7 years old, you don't really pay attention to the trials and tribulations of comicbook creators. You really don't even think about writers and artists at all. You just focus on the comics and the characters. The coolness factor of how they look is the deciding factor on whether or not you buy 'em. So yeah, I'd seen the DC ads that told us that "Kirby (was) Coming", but it didn't mean a thing to Young Groove.

So why did I get hooked on the Fourth World comics at age seven? Two words. Jack. Kirby. But you say, "Waitaminnit, Groove! You just said Young Groove didn't notice stuff like that!" True. I didn't pay one whit of attention to names in the credits. Until New Gods #1 came out in November of 1970. See, at first, the cover (strange coloring and all) screamed for my attention from the ol' King Kwik spinner rack.

Then I flipped it open to see what the insides looked like. These images grabbed me and wouldn't let me go: 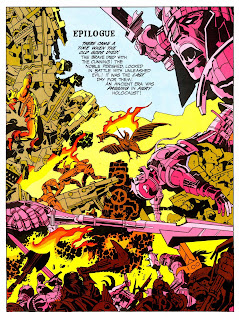 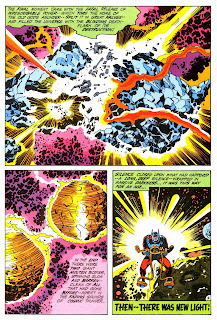 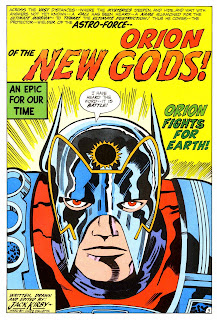 I handed the comic to my dad so he could pay for it. I seem to remember that the irony of buying a comic called New Gods while coming back from a Wednesday night church service wasn't lost on him, but it didn't strike me as odd at all. The title, the names, the words didn't matter. It was the pictures! Those glorious, in-your-face graphics that totally blew my young mind.

When I got home, I went straight to my room and absorbed the worlds of Kirby while those worlds absorbed me right back. New Genesis... 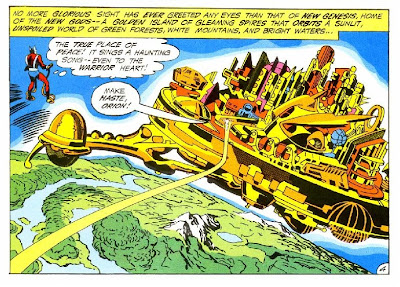 Metron and his Mobius Chair (he really kinda creeped me out at first...) 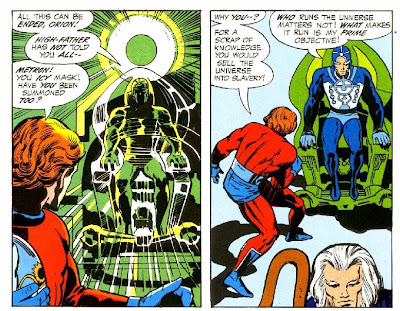 The Source (also kinda creepy, reminding me of the Bible story of Daniel and Belshazzar and the writing on the wall) 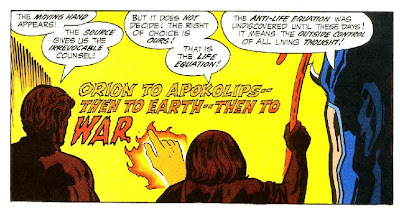 Apokolips (how ugly and depressing it looked compared to New Genesis)... 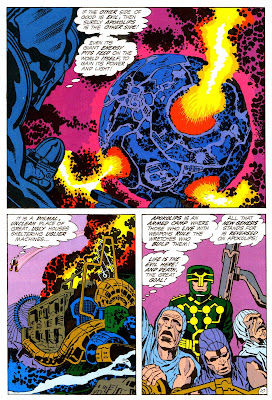 Orion's battles... with the para-demons (who always reminded me of Mighty Comics' Fly-Man--little did I know at the time that they had the same costumer!)... 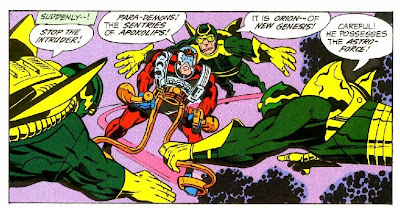 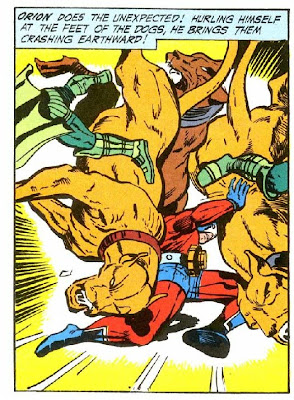 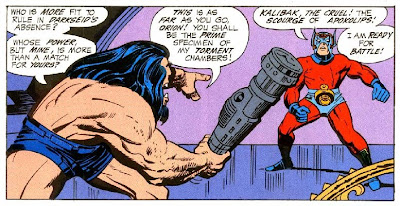 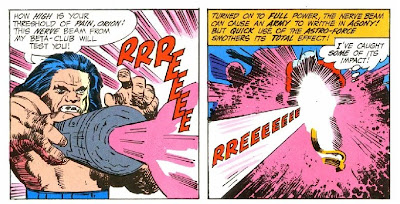 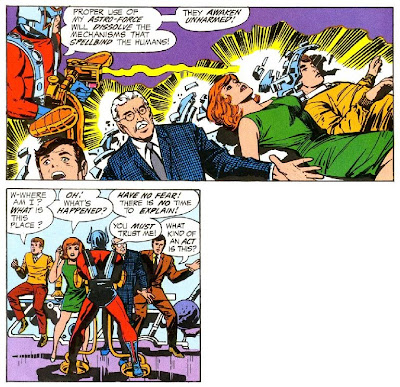 The complete awesomeness of the Boom Tube... 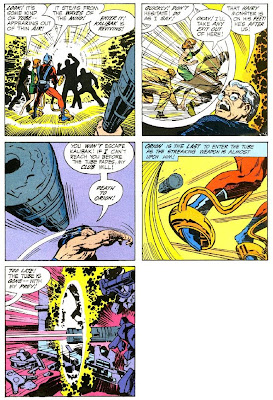 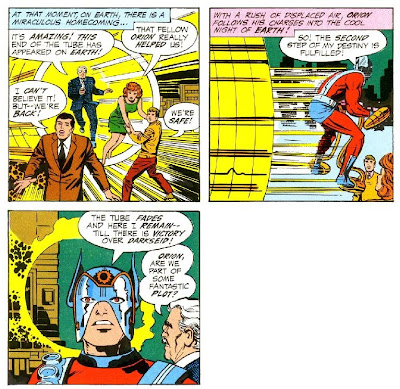 ...And that last page, where we finally see Darkseid. Man, that gave me chills. He looked like a living statue. The kind of statue that would come to life and kill you! 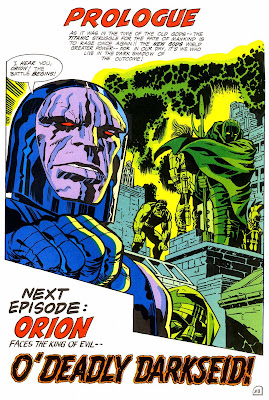 When I finished, I went back to page three. That close-up of Orion always knocked me out. I thought that helmet was the coolest thing I'd ever seen in a comicbook. Then I noticed the name in the credits box. "Written, Drawn, and Edited by Jack Kirby". Even the signature looked tough! It was then I started to realize that people made comics. Changed my whole outlook on comics. But then, didn't Kirby and the New Gods change a lotta peoples outlook on comics?